We have four self-watering pots of spathiphyllum in the office, each facing the same exposure and about the same size. We were advised to water them manually for 3-4 months until the roots developed properly in the pot and only then start using the self-watering systems.

Plants are watered each 3 days or whenever the soil dries or they start sagging. As temperatures rose recently, we filled in the self-watering systems, but only one of the plants seems to suck up that water. It's also the only one that remains perky. The rest are sagging lightly, not straightening up even if we add water manually and spray the leaves. 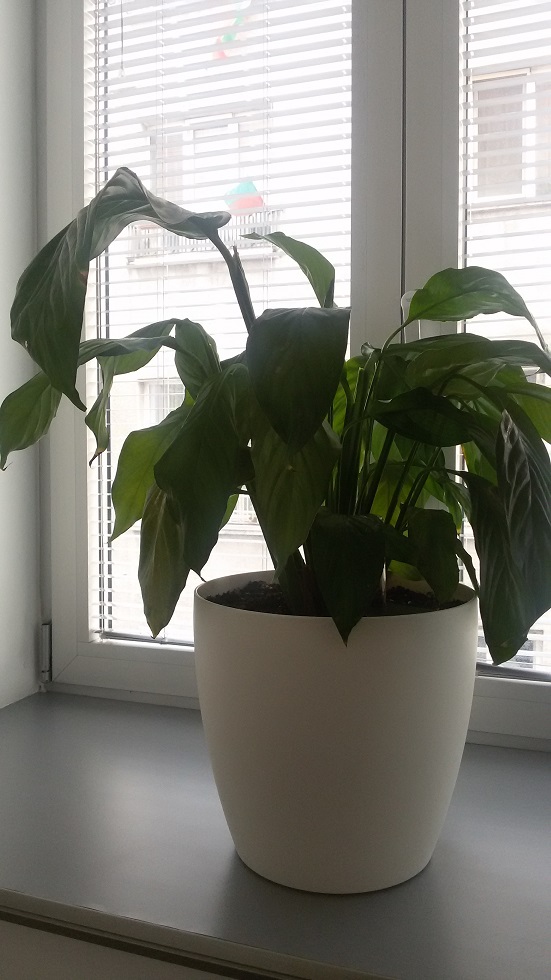 (this one was watered maybe 15hs before the picture, soil still moist)

When the soil seems moist to touch I only spray the leaves, to avoid overwatering, but that does not seem to do the trick. Two of the more dejected plants also show other symptoms, such as browned ends of flowers or leaves (one flower got a brown end as a bud and two weeks later it still remains a closed bud) or deformed leaves (some leaves look a bit crumpled). 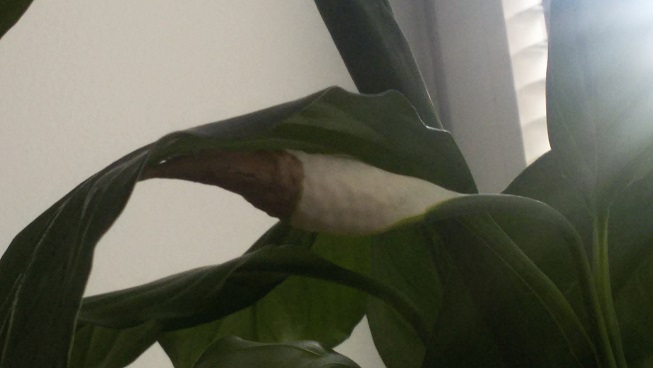 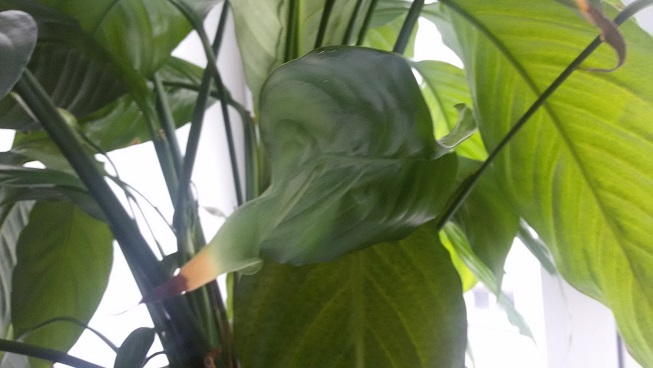 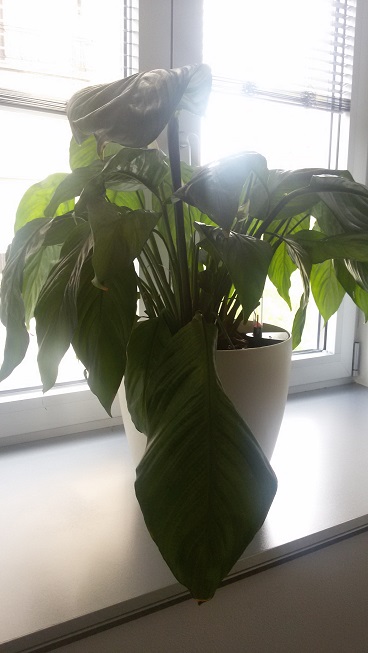 (this one is exposed to the most light because the blinds are up, but this does not seem to be the thing to make the difference)

Pictures added now, can someone advice on how to help the leaves without overwatering?

So, this FAQ seems helpful, #11 in particular suggests that the plants may be overheated. I'll try closing the blinds next to the droopy plants and see if that works.

Not the answer you're looking for? Browse other questions tagged watering leaves peace-lily or ask your own question.

4
Irrigation timer with setable delay before start
4
Golden Pothos Leaves Are Regularly Dying
5
Is a self-watering pot viable for indoor gardening in the long term?
5
What is causing pale discolored patches on my tomato seedlings' leaves?
4
Ipomoea / Morning Glory leaves "engraved" with whitish, silvery patches
3
Why are my Dracaena Fragrans leaves browning from the base?
1
Newbie with yellow/falling avocado tree leaves
4
Will a periwinkle plant regrow leaves on bare branches?