Why is the trunk on my plum tree soft?

This hole was a soft spot. Peeled off the outer bark and the stuff under it was rotten. Feeling up the trunk from this spot, the trunk is soft about a foot further. The tree is a yellow plum and is 2 years old. Can you tell me what's wrong with the tree and what I can do to help it. 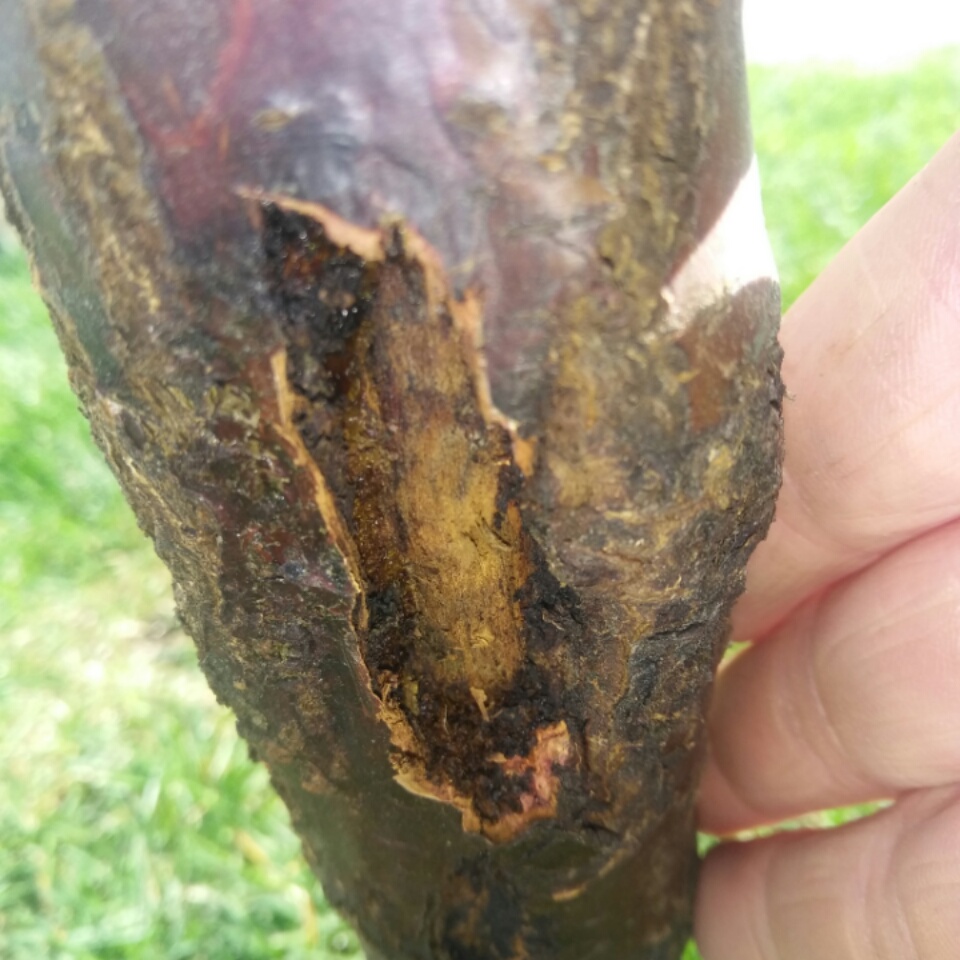 Not sure what's caused the problem, causes can be physical damage, cold damage or insect invasion, but stone fruit trees like plum are very prone to getting something called gummosis - whilst I can't actually see any heavy weeping going on, there does appear to be something that looks like amber coloured ooze in the area at the top of the damaged bark in your photo. If it's soft above that area too, you may need to cut it down beyond the point where it's damaged/soft in an attempt to save the tree.

Gummosis often leads to bacterial canker - that is readily recognised, because the tree will be oozing amber coloured sap and it will be maladorous. Because the tree has been damaged by something, it starts to ooze the amber coloured sap, which then gets infected by bacteria. I suggest you keep an eye on it to see if the problem worsens, when it might be best to cut it down as said above, before it spreads down the tree. Otherwise, there is a suggested course of action here https://www.gardeningknowhow.com/edible/fruits/fegen/what-is-gummosis.htm which might prevent bacterial canker setting in.

Unfortunately, there is no effective treatment for bacterial canker.

Not the answer you're looking for? Browse other questions tagged trees diseases plums rot or ask your own question.

3
How to remedy die-off of lower and middle branches on my plum tree?
3
Lack of Blossom and Fruit on my Plum Tree!
4
How to stop trunk from crumbling
6
What fruit rot pathogen makes tomatoes turn gray and smell like rotten potatoes?
5
Plum Tree Issue with Rot
10
Name of Southern California tree with a peeling bark?
7
Best remedy for rot in plum tree
4
Is my tree starting to rot?
2
Understanding tree rings and estimating the age of this tree
1
What to do about damaged tree trunk bark