What is this plant with mottled leaf in my lawn?

I had a grass lawn put in last fall after solarizing a north facing bed of English ivy. This spring these largish mottled leaves started appearing in my lawn. I have no idea what they are since they don't appear in any lists of common broadleaf weeds. Some of these plants are starting to flower and it looks like it might be yellowish colored. 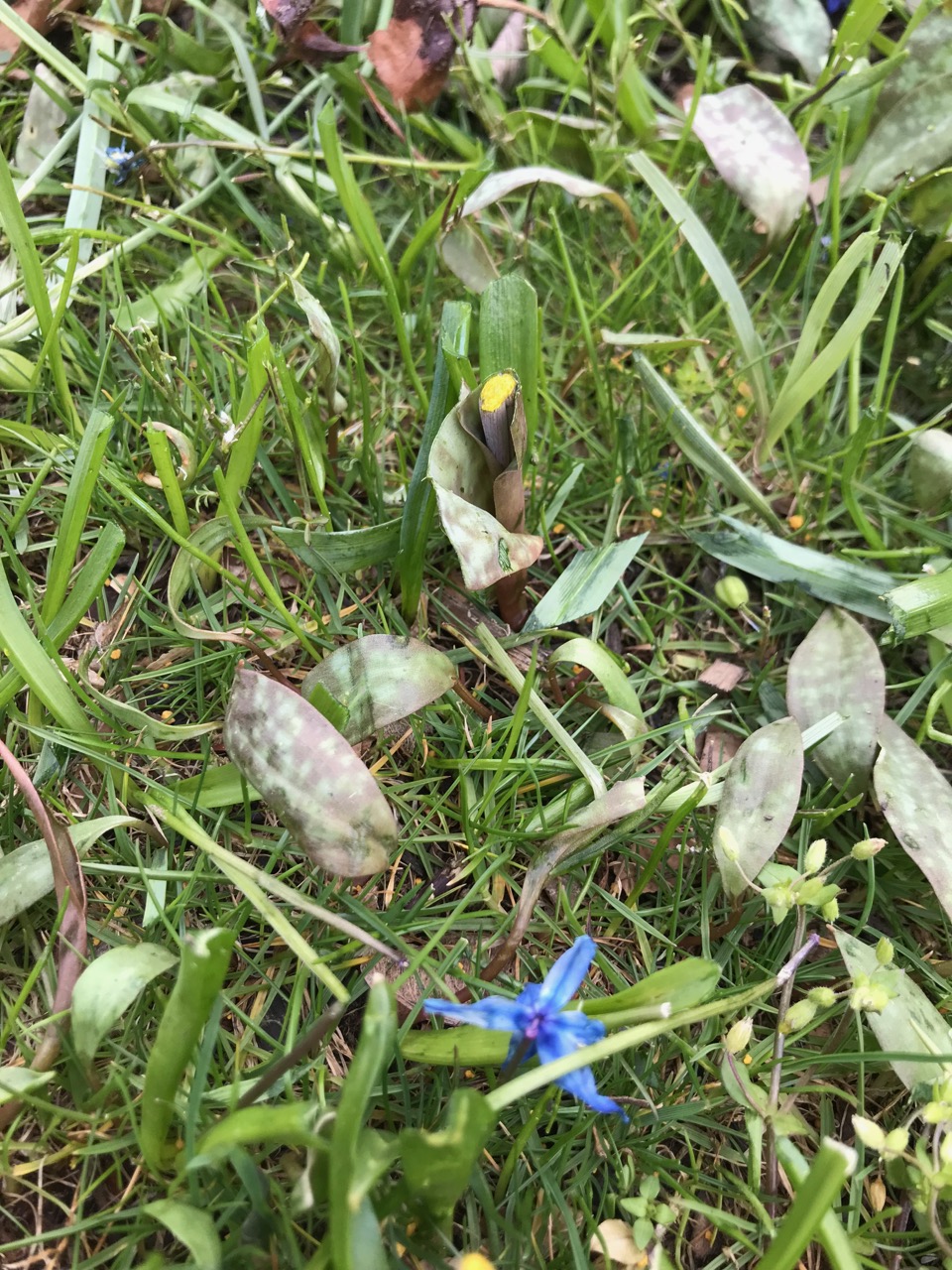 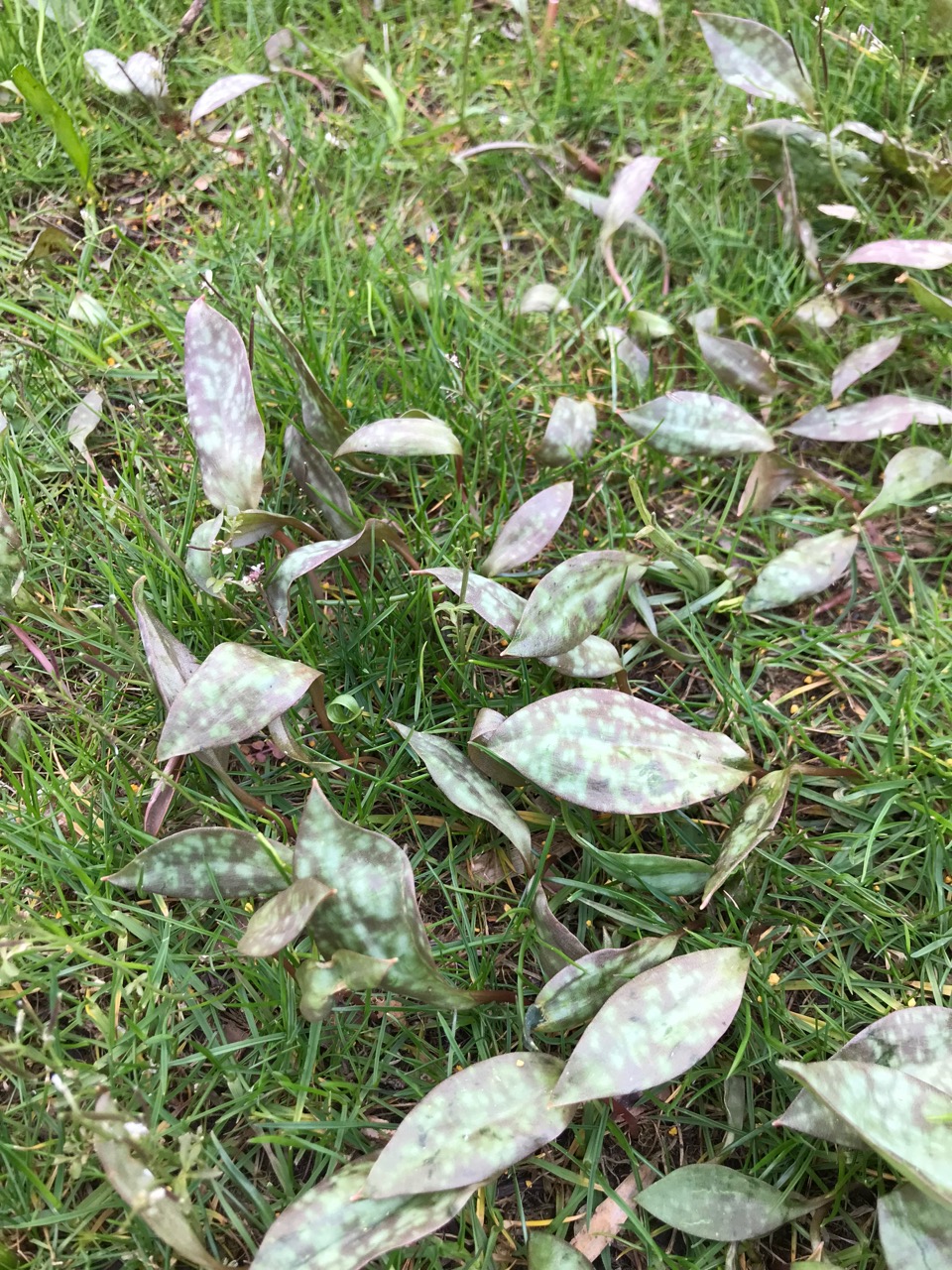 That's not a weed, it's a shade-loving wildflower, Erythronium. If you're lucky, you usually find them in deciduous woodlands. My guess is that either your house is fairly new and was built where woods once were, or there used to be a shade garden where your lawn is.

There are several American species, but if the cut-off yellow bud is from one of these plants, then it's possibly Erythronium americanum. The leaves, though, look more like the E. albidum species. Here are some photos of the blooms:

There are other native species, as well as Asian species. The two I listed are more common in the East and Midwest US.

The Common name is Dogtooth Violet, but it's actually a lily. This is a wonderful plant - a spring ephemeral, which means that it goes dormant after flowering. If you have some deciduous shade, I'd move them there (hopefully in a couple of weeks or so, and before a good rain). They will go dormant immediately. Next year, they'll sprout again and probably bloom for you. It's best if you can avoid mowing the plants again until you move them. If you don't want to move them, then do nothing - they'll disappear on their own in a month or two.

The blue one is (in my opinion) a Scilla: the leaves are different (without spots and greener).

Not the answer you're looking for? Browse other questions tagged identification lawn or ask your own question.

15
What is this potential lawn replacement plant?
9
How do I prepare and sow a lawn organically?
5
Can we plant grass over canvas weed deterrent?
3
What is this growing in my lawn?
6
What are these weed seedlings with round cotyledons?
4
Caring tips for a new lawn
6
How to reclaim my backyard that has turned into a swamp?
4
What is this plant with the unusual Leaf
9
What are these small white balls that appeared on the soil in my greenhouse?