What is this green-ish thing inside the orange?

So, inside this orange there is this "alien" thing. Before I want to say that this is GMO, I need an reasonable explanation about this. What is this thing? 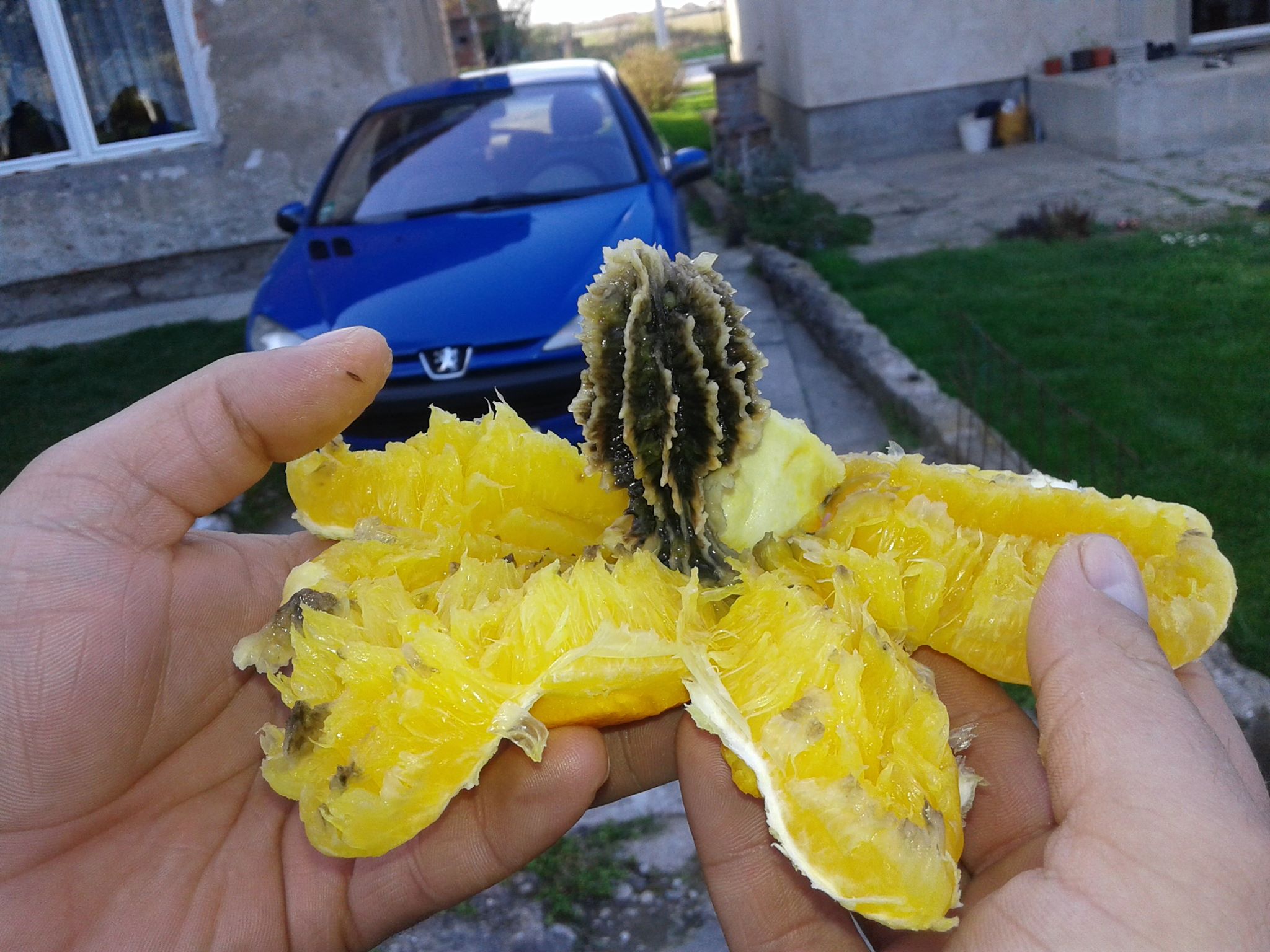 Preface: This answer is based solely on the search result. I'm not a gardener and I don't have any gardening knowledge to sufficiently answer this with full certainty.

Looking at the picture, it seems the most prevalent thing is the blackening of the core. Researching that gave results to a similar symptom from Alternaria/Black rot. This is caused by Alternaria spp. (e.g. Alternaria citri, Alternaria alternata), a fungal plant pathogen.

Some research papers on this:

Definitely looks like something from a sci fi/horror movie! Black areas within oranges are usually caused by a fungal pathogen - it enters most often at the 'navel' end of the orange and then spreads inside the fruit in varying degrees. It most often spreads up the central area, but can appear as small black areas in some of the cells of the orange. However,there is usually a small black or brown spot on the skin outside too, and internally, the spread is definitely sooty black, not greenish grey.

I've never seen a structure like that in association with a fungal infection; it's not impossible, but it's much more likely there might be another explanation - some kind of infection (fungal or otherwise) or randomly occurring DNA disruption has caused a mutation in the cells of the orange, creating this growth, rather than its just being the usual black rot.

It's unlikely to be related to GMO - these things do occur quite naturally, including in human beings, unfortunately.

Not the answer you're looking for? Browse other questions tagged diagnosis diseases fruits or ask your own question.

17
tomato plant rotting from the inside — what's going on?
12
What is this brown, shell-like thing growing on the stalk of my avocado plant?
13
Cherry sapling has orange dots on its leaves and the tips are wilting. What could be wrong?
3
What was this large yellow-green fruit I ate in Ethiopia?
3
What is wrong with this Shaina Japanese Maple
1
What is this plague-like thing in my lucky bamboo? Is it damaging?
0
What is this white web-like, mold-like thing on the plant
2
What are these little balls (green, yellow, orange) in my potting mix?