Why is my pear tree dying around the blossoms?

Shortly after the blossoms fell on my pear, areas around the blossoms started to turn black and die. This is spreading. Although the dead areas tend to be on the end of the branches, there are exceptions where a branch may have 2 or 3 dead zones along the length of the branch. Each is centered on a blossom. The dead zones do not have fruit - not all of the blossom locations are dead, and some have small fruit starting to form. However over half are dead.

Location: North Texas. We had a mild winter with relatively few proper frosts, and it cannot have gone below the mid-25s. 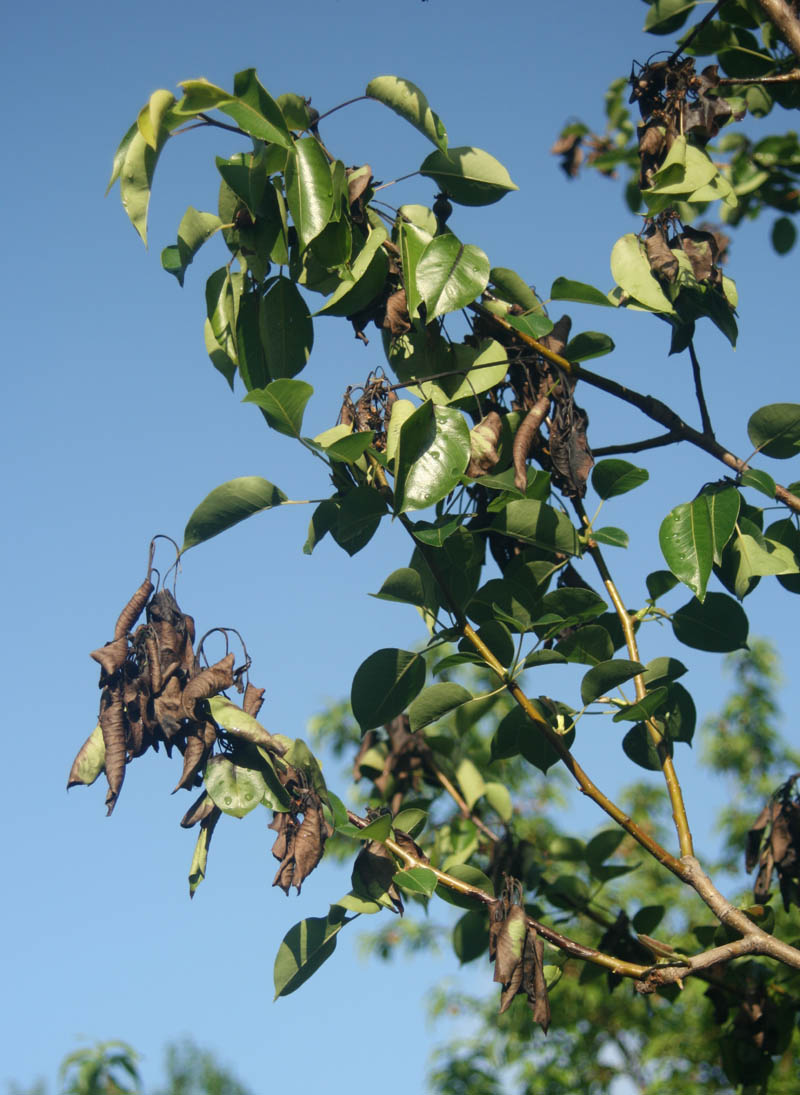 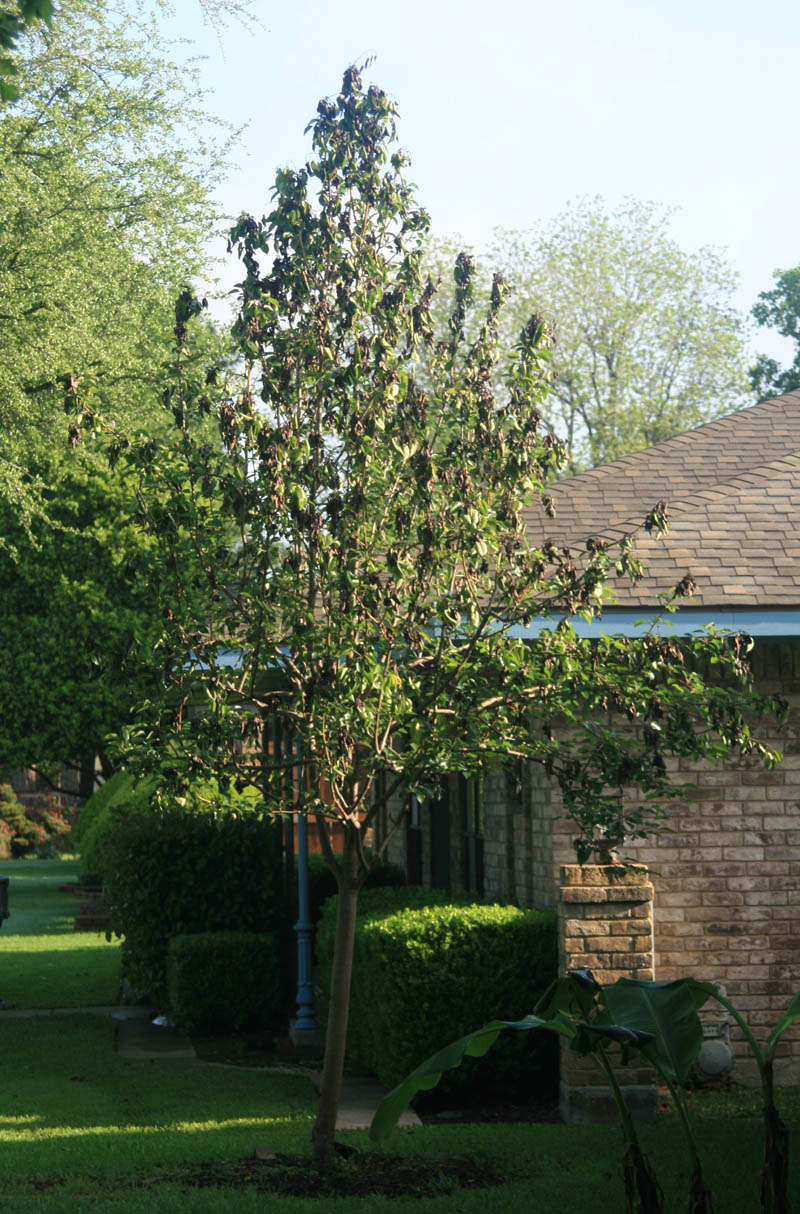 This is Fire Blight, a bacterial infection commonly spread by bees and other pollinators. Hence the infection usually starts at the blossoms. It typically extends into the branches and twigs, but is often localized. It can, however spread into the tree (especially a weakened tree). Death is inevitable if the infection reaches the roots.

Pears are especially susceptible, but it can also infect apples and roses. Infections of hawthorns, cotoneaster, and mountain ash are also not unknown.

The bacteria (Erwinia amylovora) turns dormant or dies with frost, so outbreaks tend to be more severe after a mild winter.

Treatment with antibiotics only works before infection, and is strongly discouraged due to the evolution of disease resistance.

Copper sprays may also have some effectiveness if applied as blossoms open out. These are ineffective against existing infections.

Further information can be found at:

I'm not convinced this is fireblight - I see no evidence of dieback in the branches, but if there is, then it may be that.

Seems much more likely to me that its Blossom Wilt - the attack starts in exactly the same way as fireblight, but you don't get the die back of whole branches or limbs of the tree, nor the typical fireblasted look which comes with fireblight. Blossom Wilt is a fungal infection caused by Sclerotina laxa which starts at the base of the blossoms - all affected spurs should be removed asap, together with any branch parts necessary, cutting to healthy wood. Diagnosis can be confirmed by the presence of buff coloured fungal pustules on the affected areas, which you won't see if its fireblight.

Copper oxychloride spray just before flowering is helpful, if you are allowed to use that where you live. The fungus overwinters on infected stems, any small cankers present on the branches (these will occur if the infection is not noticed initially) and in the pustules. The spores themselves are windborne and spread is much more likely during damp weather.

Not the answer you're looking for? Browse other questions tagged diagnosis fruit-trees diseases pear blight or ask your own question.

17
How do I encourage my plum tree to produce fruit?
10
How do I reduce the amount of fruit my pear tree produces?
5
Should I pinch early pear blossoms to encourage stronger tree and better season?
10
What would cause branches in the middle of a pear tree to die?
8
Why is my pear tree blooming in September?
7
What are these red/orange spots with protruding “spikes” on my pear tree?
2
BLACKENING on edge of pear tree leaves & shoots
1
Help with lemon tree and encouraging new branch growth
2
What's causing our pear tree to die off in the summer and thrive in the winter?