What is this succulent/weed growing on my lawn?

We've had it growing in our backyard lawn for a while and the patch gets bigger every year. Its definitely in the succulent family but I can't find any other information on it. We live in West Michigan if it helps. Its very strange- Help internet! 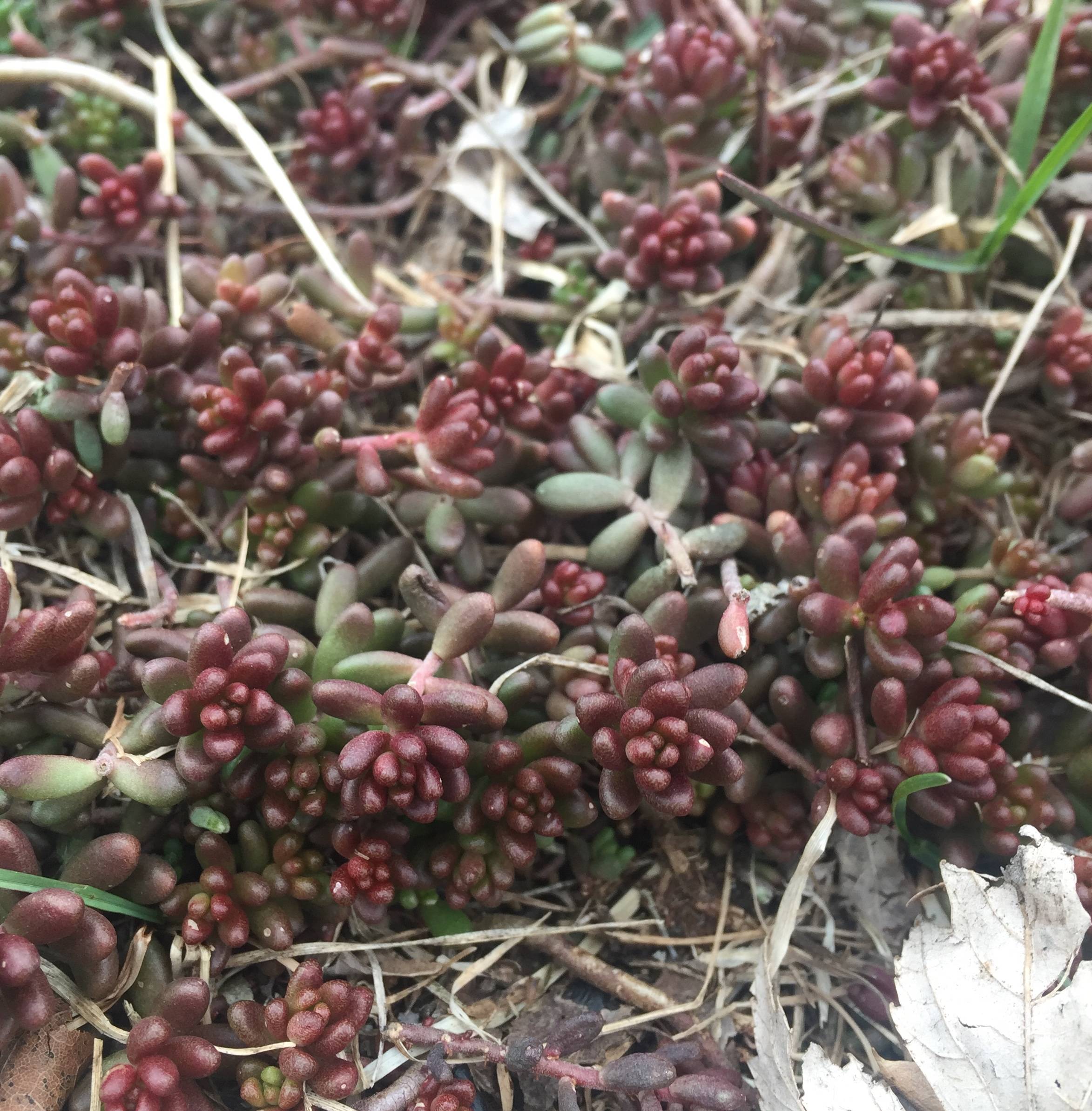 It's a Sedum variety, common name Stonecrop. As to which one, it's fairly similar to Sedum album 'Coral Carpet', http://www.craigiehallnursery.co.uk/ourshop/prod_2071779-Sedum-album-Coral-Carpet.html, although the colour of yours is duller - that might be due to reduced uv levels through winter. There are many varieties which are similar, but the puzzle is why it's growing in your lawn - stonecrop varieties often have an indefinite spread, so if it had been planted in a border or bed and invaded the lawn, that would explain it.

You should be able to dig it out without too much difficulty, but it is considered an ornamental plant, useful as ground cover in sunny, dry places in the garden; it's only a weed in this case because it's growing where you don't want it to. If it's a large patch, you will need to do some lawn repair after digging it out.

Not the answer you're looking for? Browse other questions tagged weeds or ask your own question.