What is this invasive plant with with small purplish flowers that have lids? [duplicate]

What is this plant/weed with with unusual purplish flowers and new growth leaves? Flowers have "lids".

Its habit is similar to white clover's fill-the-space habit, and it took over significant parts of my yard. I am going to remove it (if I can), but I am courious what is it. Bees love flowers though. 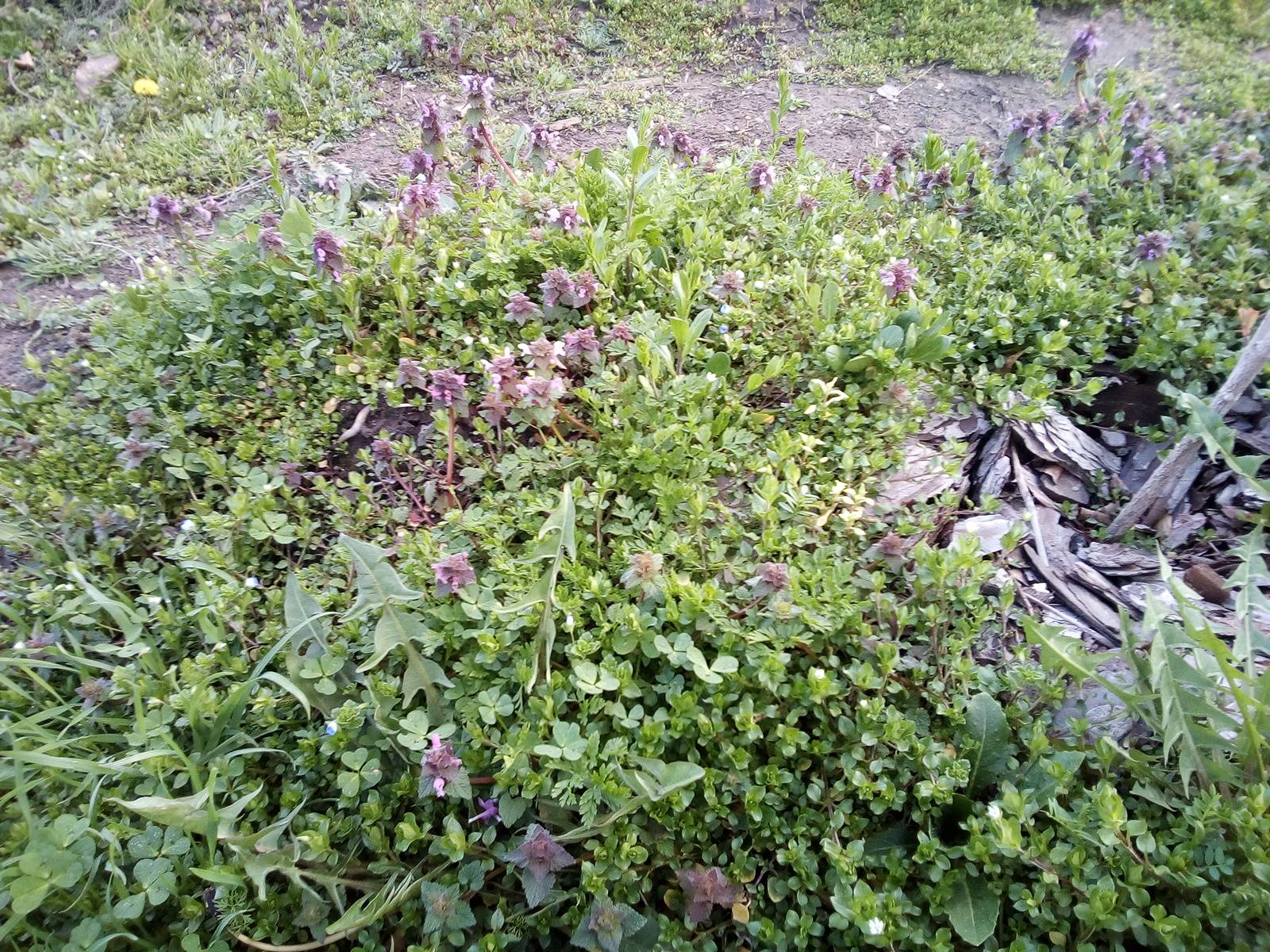 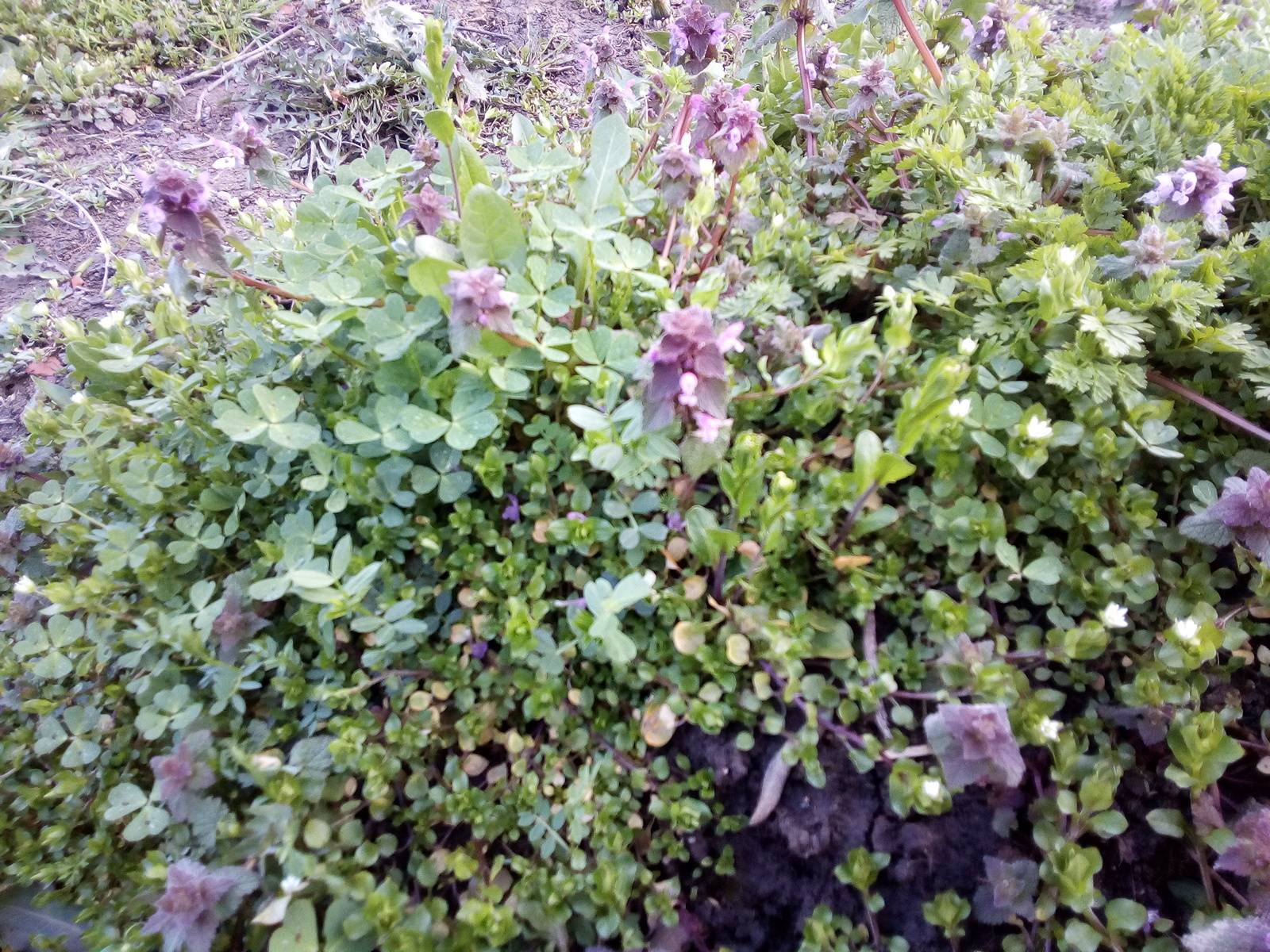 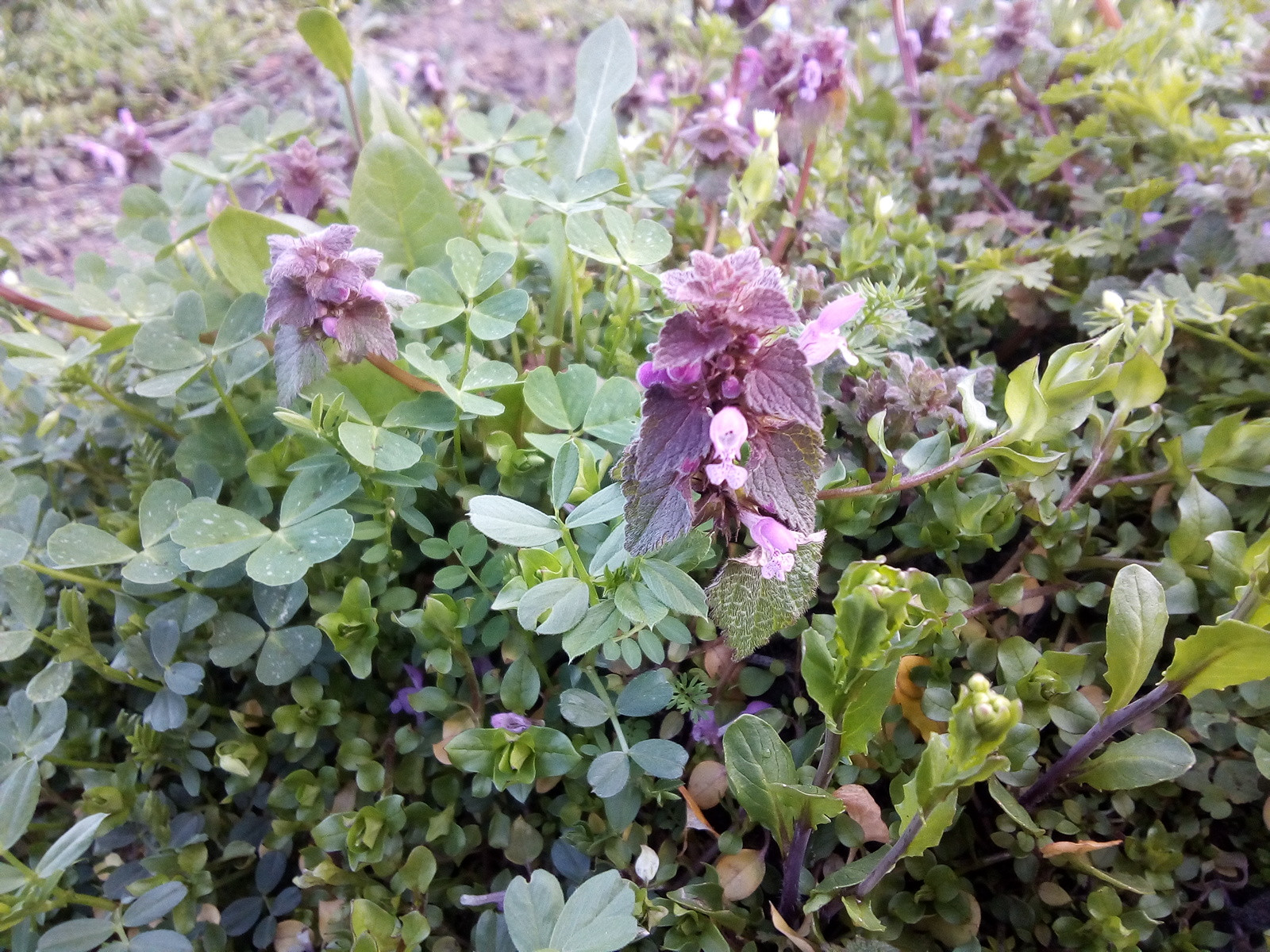 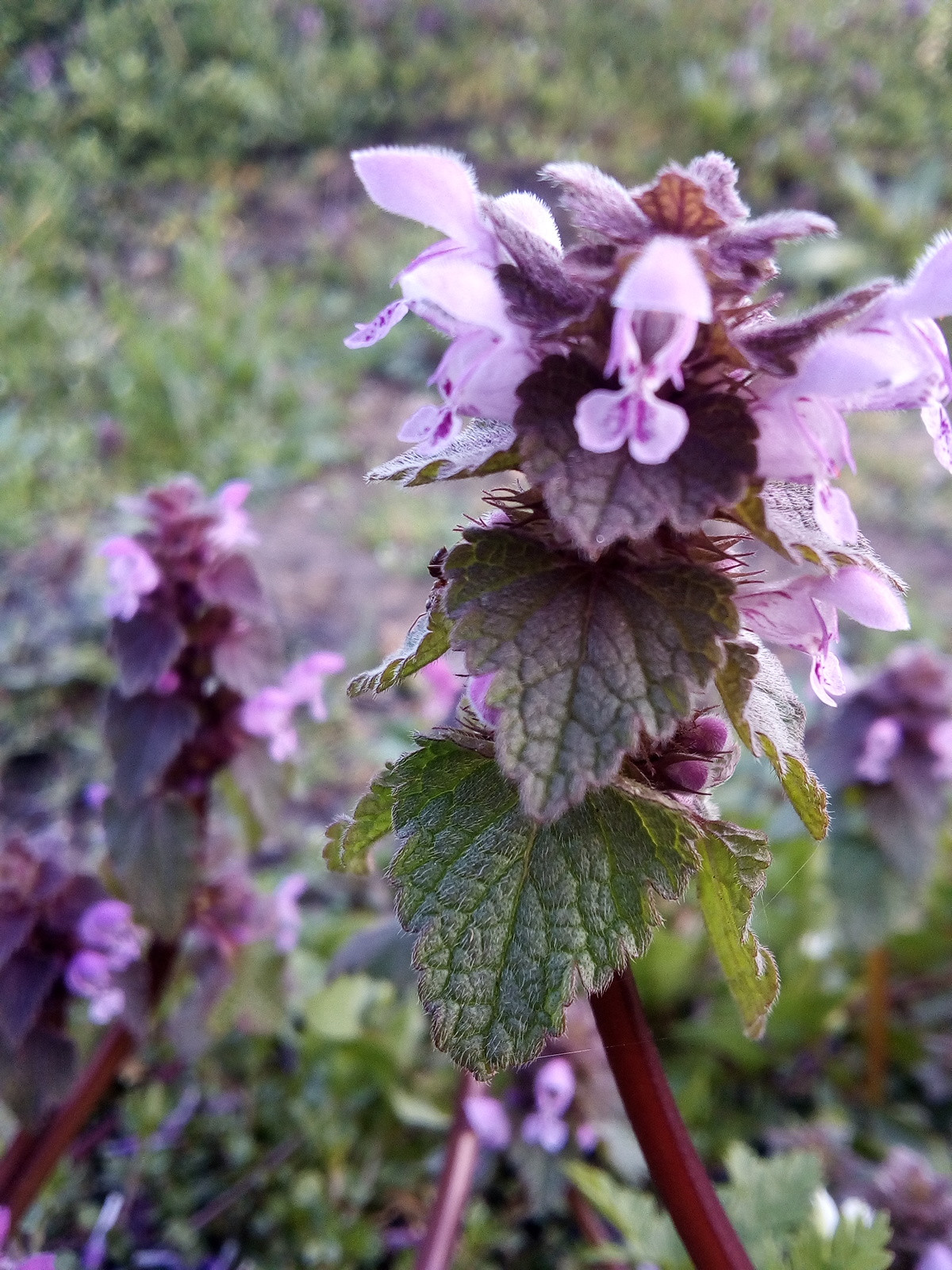 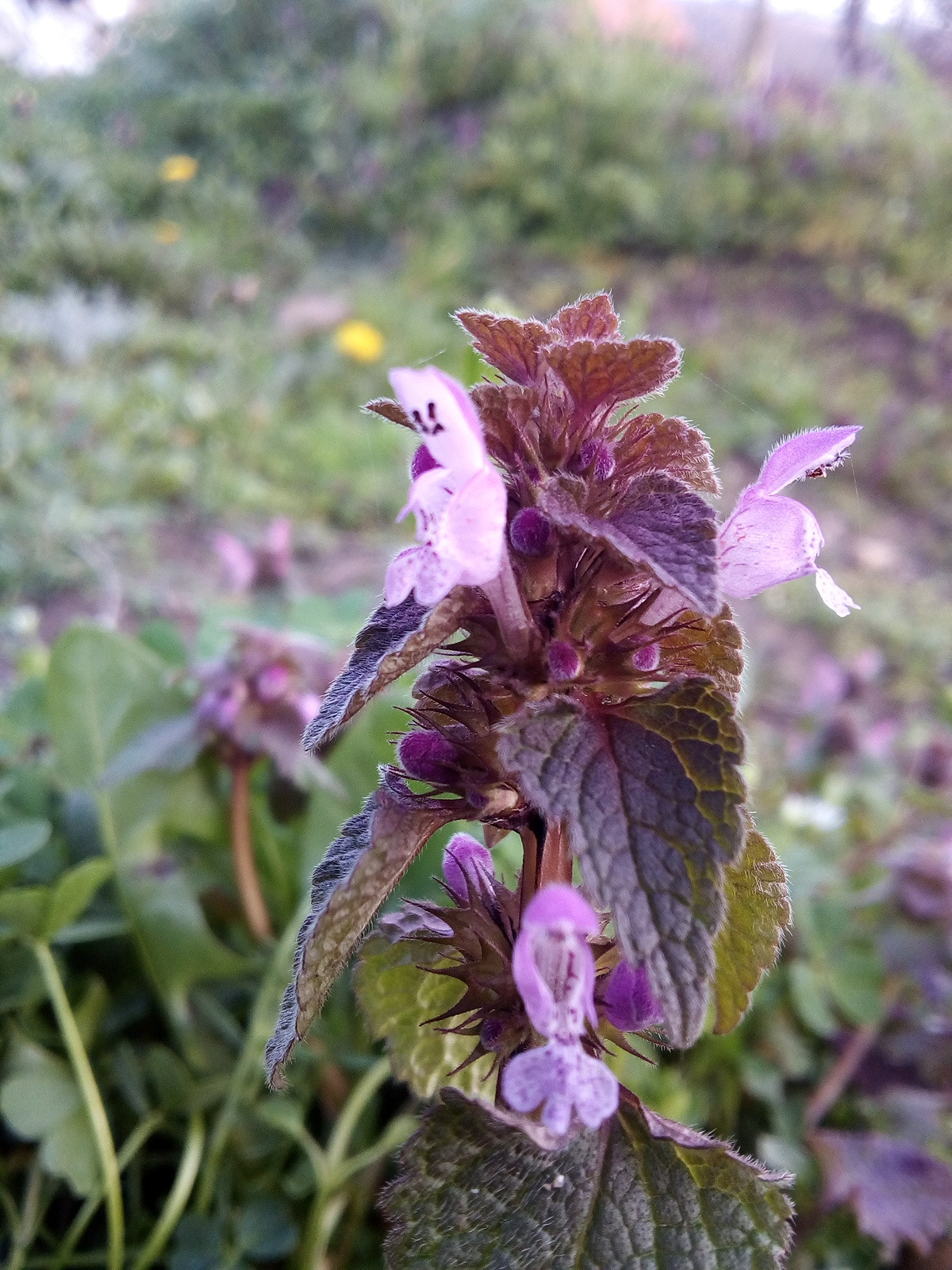 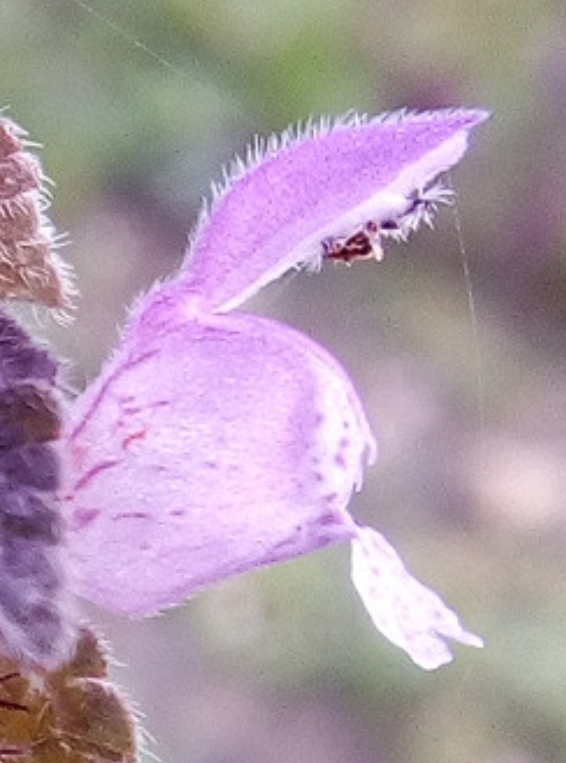 As Ben wrote, it is Lamium purpureum. It is also the typus (the official representative) of Lamium (genus), and of the large family of Lamiaceae (family, previously also know as Labiatae).

Later you will probably seen his brower Lamium maculatum, which has larger flowers and with some more distance between flowers.

Most of Lamiaceae have such typical flower, usually with a label, 4 anthers (often 2 long and two short). Typical is also the square stem and perfume to odor.

The white flowers in the same photos are Stellaria media, you have Taraxacum, I think Arabis turita (or something similar), I think also a Vicia and a Trifolium. You have a lot of diversity on weeds ;-)

Looks like Lamium purpureum, variously known as Red Henbit, Red Deadnettle & Purple Deadnettle. A herbaceous annual native to Europe and parts of Asia; introduced in the U.S. where it evidently has invasive tendencies.

8
What is this annual weed with square stems and purple bracts?