What is this small shrub with lots of tiny lilac/dark-burgundy flowers?

It looks this dark green-grayish without-flowers-slightly-boring-looking shrub blooms with magnificant flowers in mid-March. I don't know how long the blooming lasts, but even if it is only for a week, it makes this shrub worth having. But what is it? 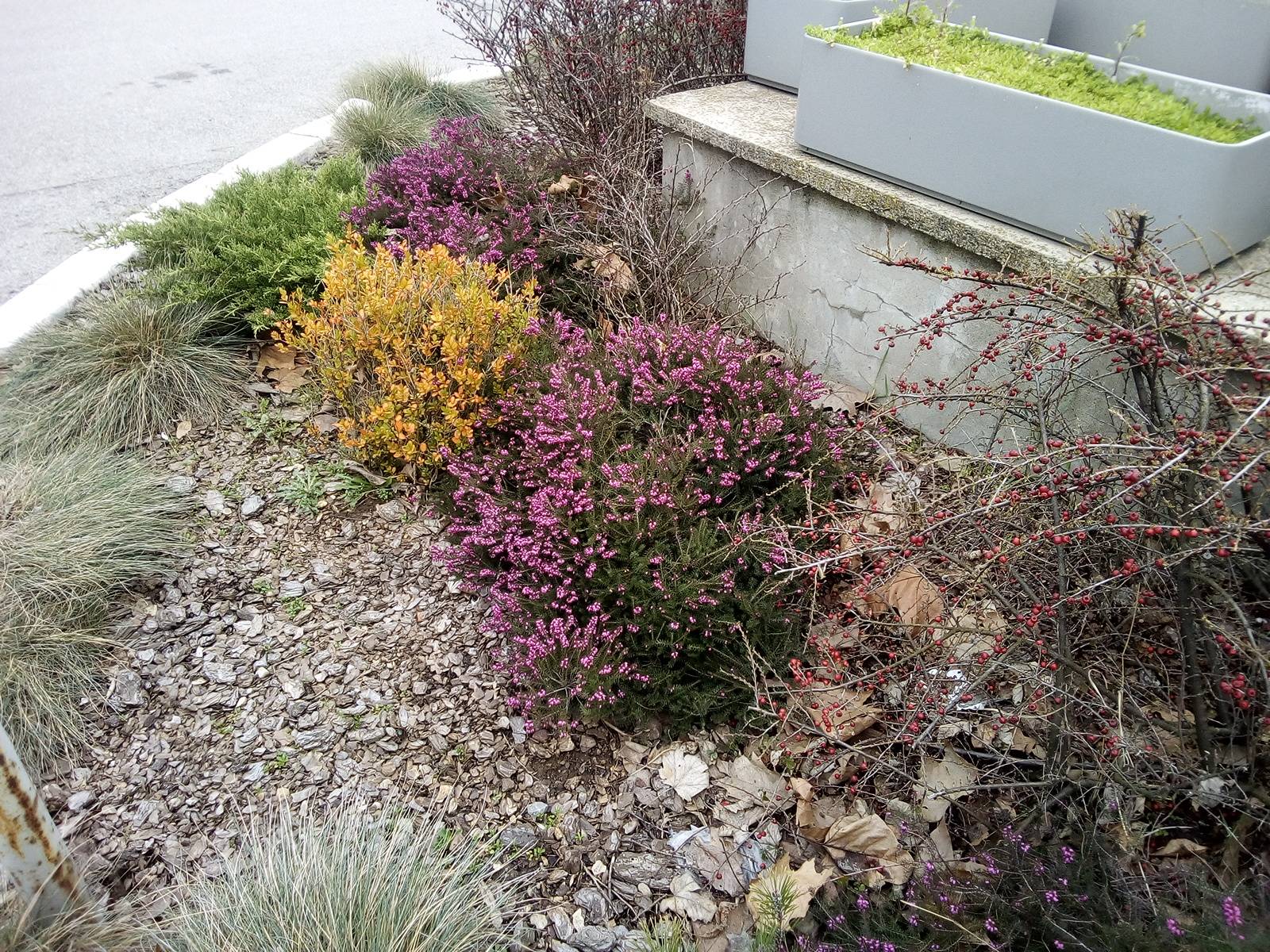 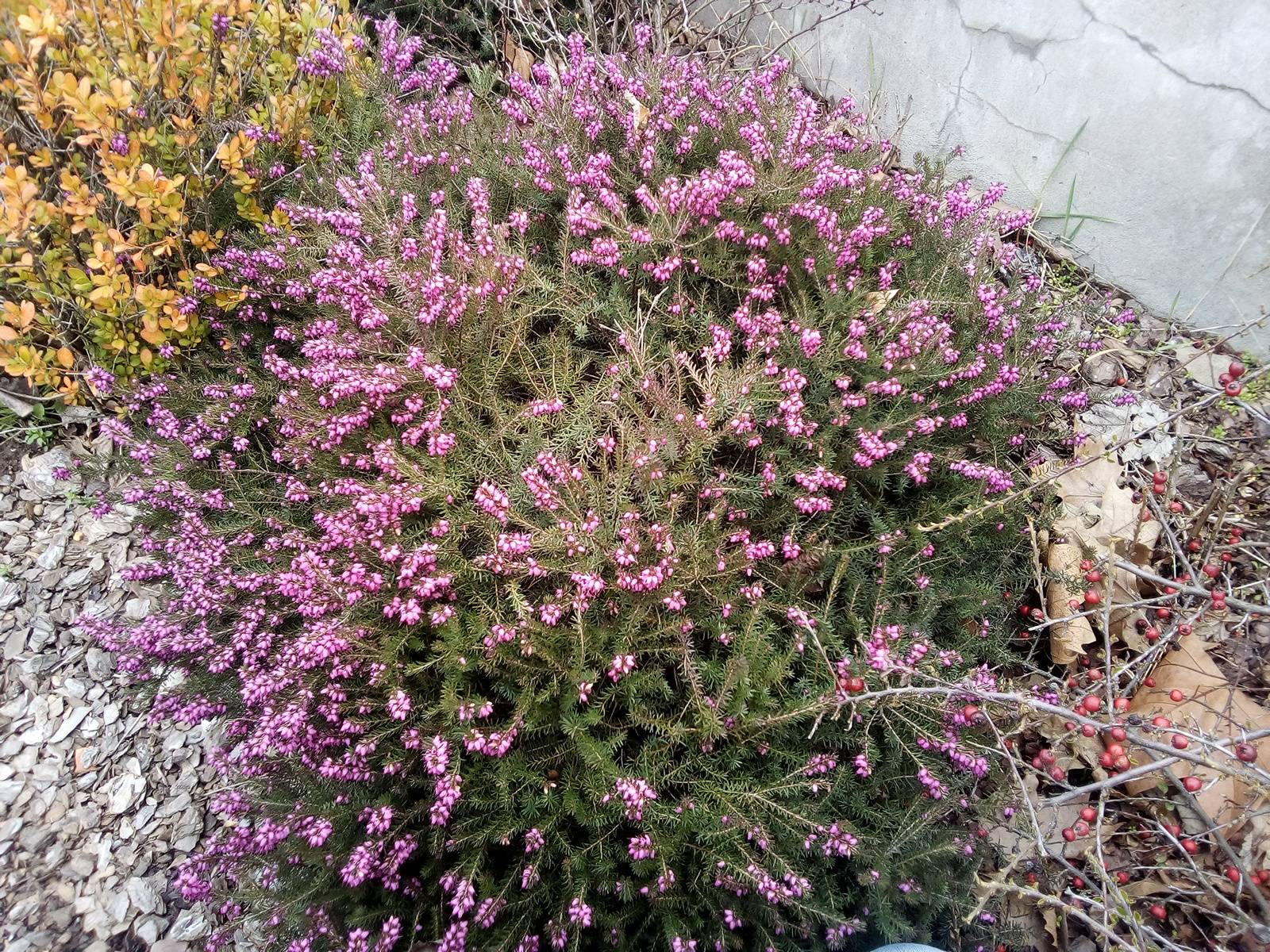 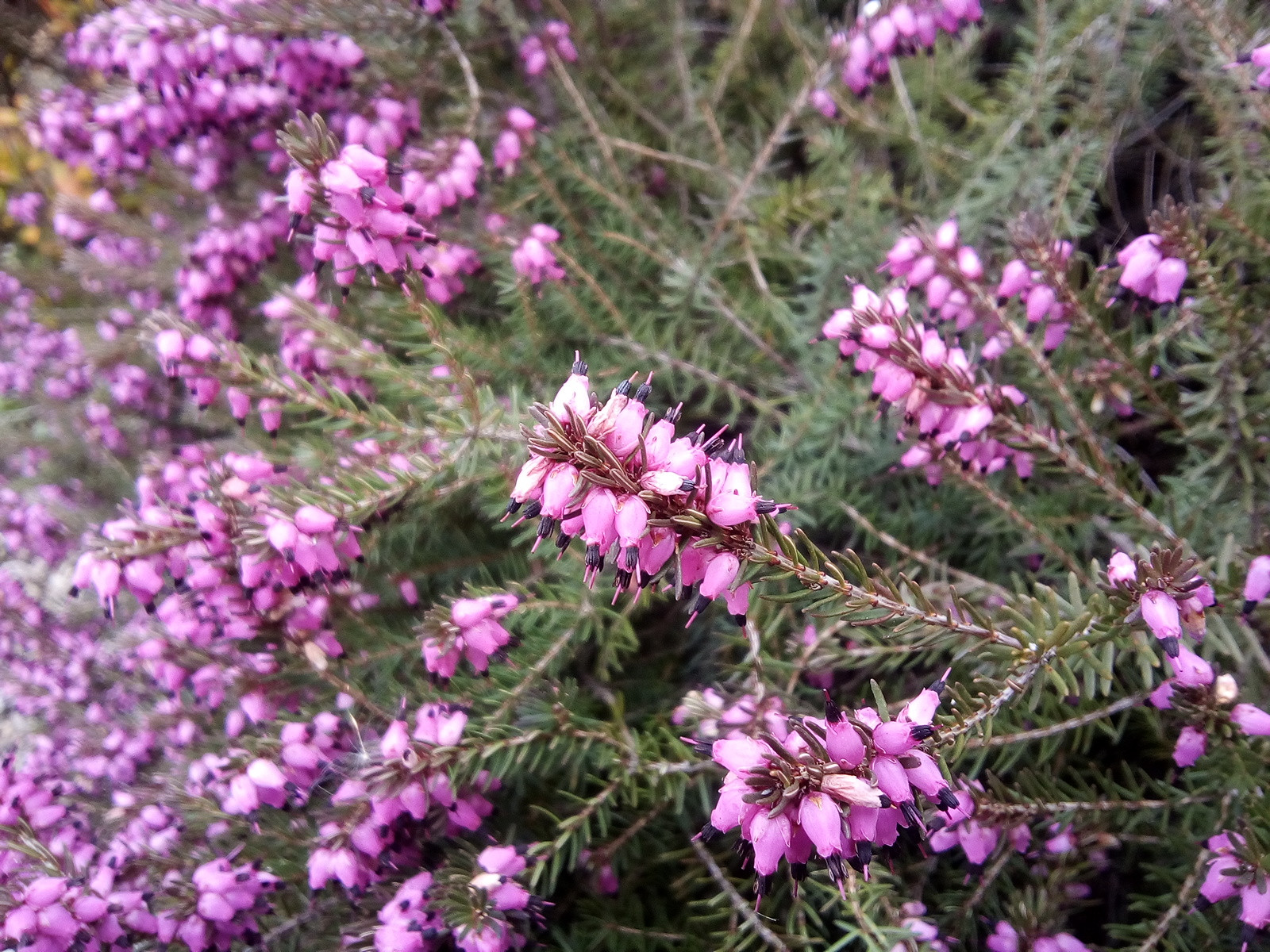 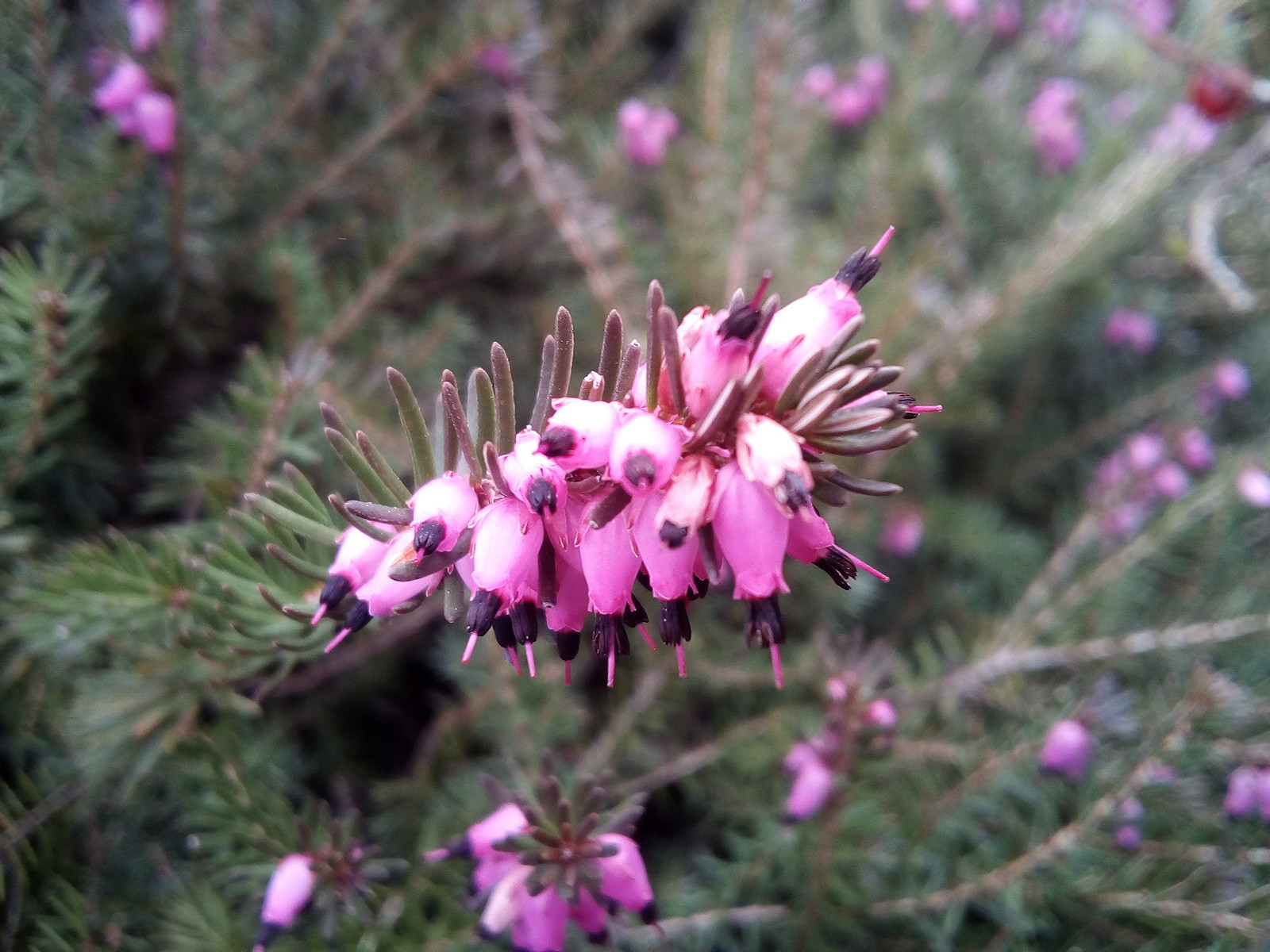 If its flowering now, it isn't Calluna vulgaris, that flowers mid summer through to autumn, so it's much more likely to be Erica darleyensis. The latter is in bloom now, and in many areas blooms December through to May. Image here, but note it's to a particular variety of Erica darleyensis called 'Furzey' so the colour might be slightly different https://www.crocus.co.uk/plants/_/erica--darleyensis-furzey/classid.565/

There is another important difference between Erica darleyensis and Calluna - the latter must have acid soil, whereas Erica will tolerate neutral to acid. All these plants are commonly known as heathers or heaths.

Heathers/heaths can be difficult to tell apart just by eye, especially if they're overlapping in bloom time, so if you buy plants, it's very important to buy labelled ones, particularly if you want Erica varieties because your soil is neutral. Further complicating the Calluna/Erica confusion is Daboecia, common name Irish Heath - this link here might be useful for information about the various heathers http://northcoastgardening.com/2010/04/heather-and-heath/. These plants all belong to the Ericaceae, but there are botanical differences, usually on examining the sepals and corolla closely, more information on that here http://www.plantadvice.co.uk/garden-advice/articles/general/heather-or-heath/50

I am posting an article about the three very similar species; Erica and Calluna and Daboecia. I replaced an entire lawn 2000 sq. ft. using these 3 species to make a '3D painting' that changed patterns and color with the seasons. I taught her to prune with a weed wacker! To make a softly undulating thick carpet 6" to 2' in depth. Amazing color sweeps.

This was a huge area and although a weed wacker is not recommended for pruning it worked very well in this one case, grins. We mulched with a heavy peat moss infused decomposed mulch and that brought the pH down enough for all three species

It looks like Common or Scotch Heather. Calluna vulgaris. Heather