What is this bush/tree that has dark leaves, and clusters of tiny white flowers with 4 petals?

There is this bush where I live, in Florida, US. It's taller than 5 feet, maybe 5'5. It has really tiny (less than half an inch) white flowers with 4 petals. The flowers are not fragrant. It's been there for over 10 years and we're trying to identify what it is.

The first picture is a fresh cut, so it is in flower now. Below that are more pictures of a larger area, including flowers. 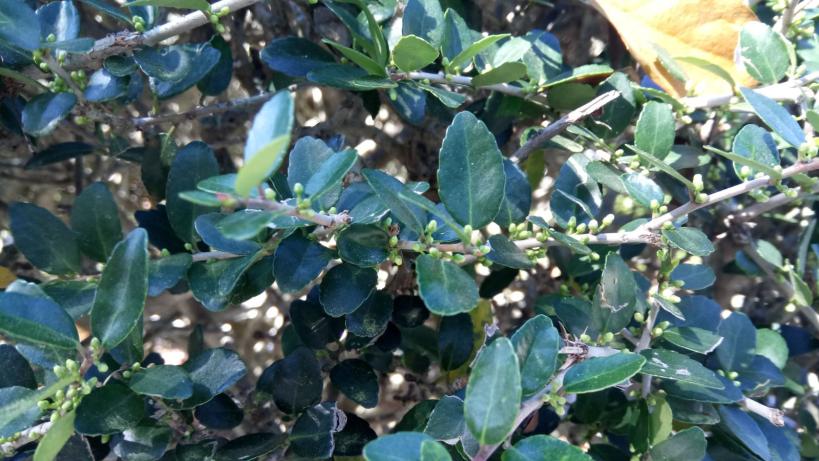 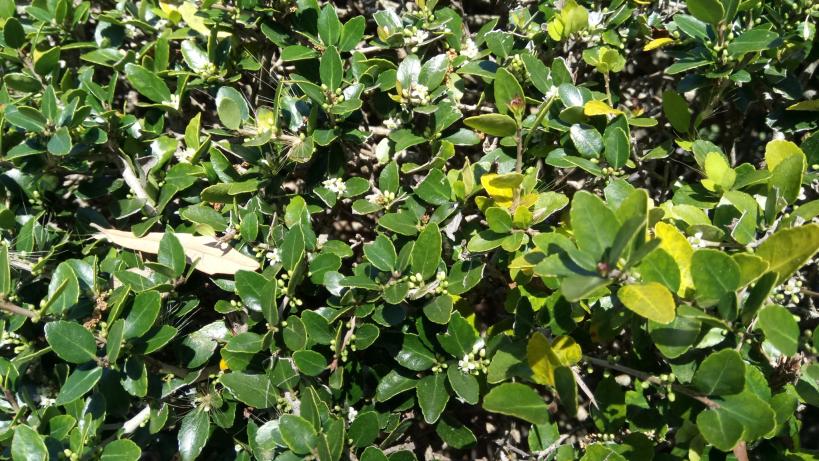 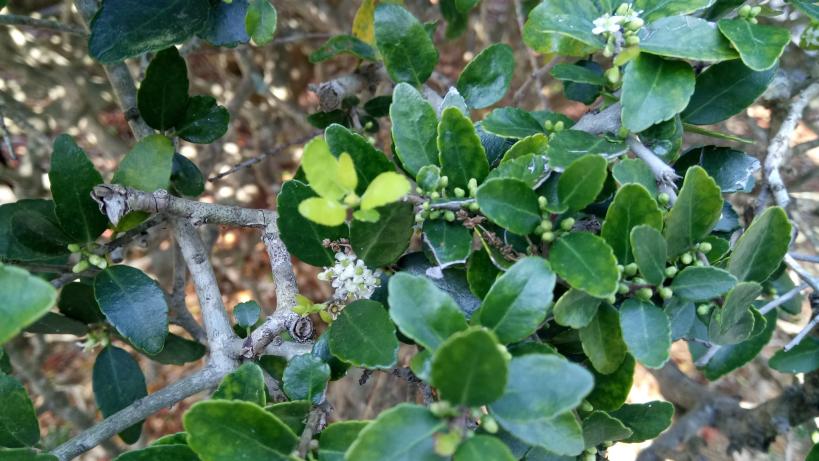 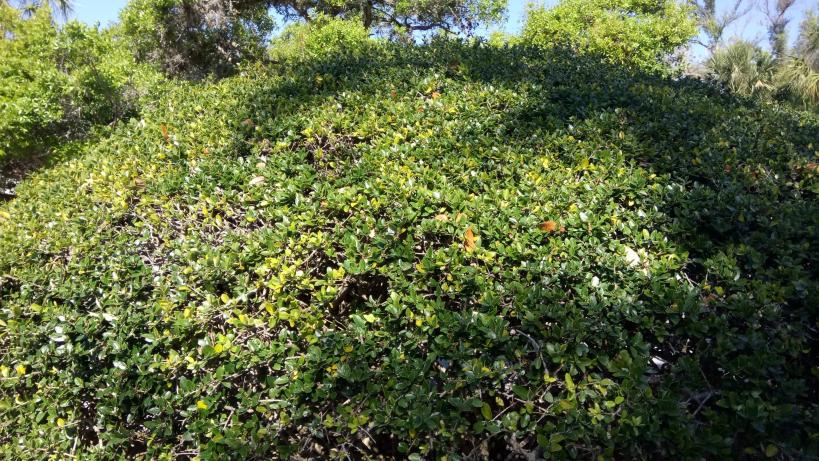 Good lead from @Patrick Zissou. The O.P. @Marta does not mention a location where this is growing, but my guess is Ilex vomitoria, Yaupon Holly.

Edit: thanks to Marta for the additional images and info. I still think Ilex vomitoria is a good match and is native to Florida.

Rhaphiolepis is a genus of about fifteen species of evergreen shrubs and small trees in the family Rosaceae, native to warm temperate and subtropical eastern and southeastern Asia, from southern Japan, southern Korea and southern China south to Thailand and Vietnam.

I did find reference to a white flowering Rhaphiolepis indica - Rhaphiolepis Cosmic White - however the flowers appear to be too large.

I note @Marta (OP) confirms her location is Florida USA. Rhaphiolepis indica is popular in subtropical and tropical regions in Australia and I also read on Wikipedia that...

Indian Hawthorn is a mainstay horticultural specimen in southern United States. It is often found in commercial as well as in private landscapes.

Maybe @Marta (OP) could confirm whether the plant produces any fruit? I note that Rhaphiolepis sp. produce small fruit 1-2 cm (0.39–0.79 in) diameter and coloured dark purple to black.

Not the answer you're looking for? Browse other questions tagged identification trees shrubs or ask your own question.