What is this whitish feather on my Echinacea seedlings?

My multicell container with Echinacea seeds was covered with a transparent nylon cover for several days, and I just removed it, and spotted an unusual thing. Take a look at this white stuff in the middle of this seedling: 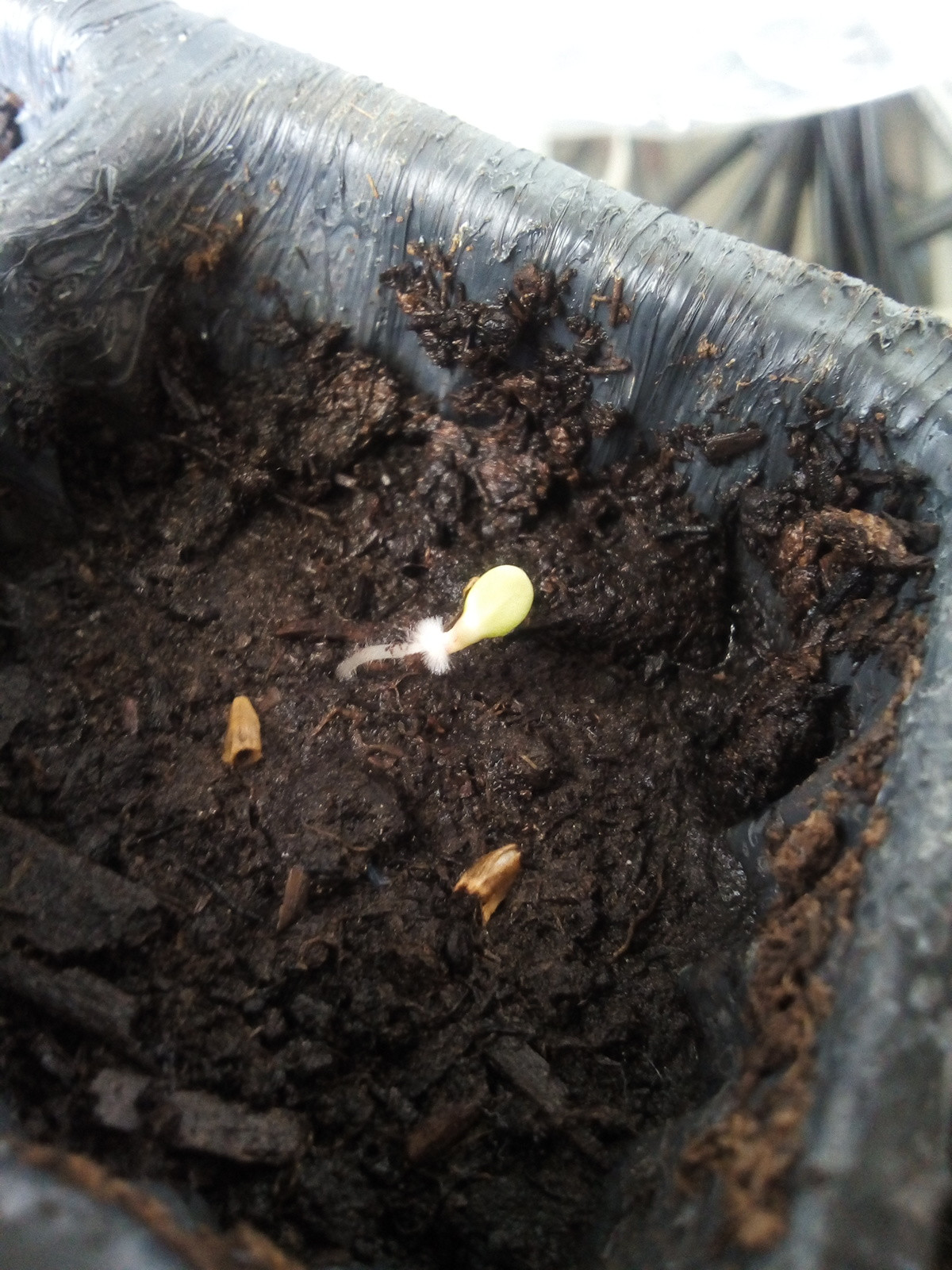 There were three seeds in the cell - each seed was just placed on top of the soil and lightly patted. Two other Echinacea seeds that didn't start (yet) are visible in the photos as having paler brownish color. 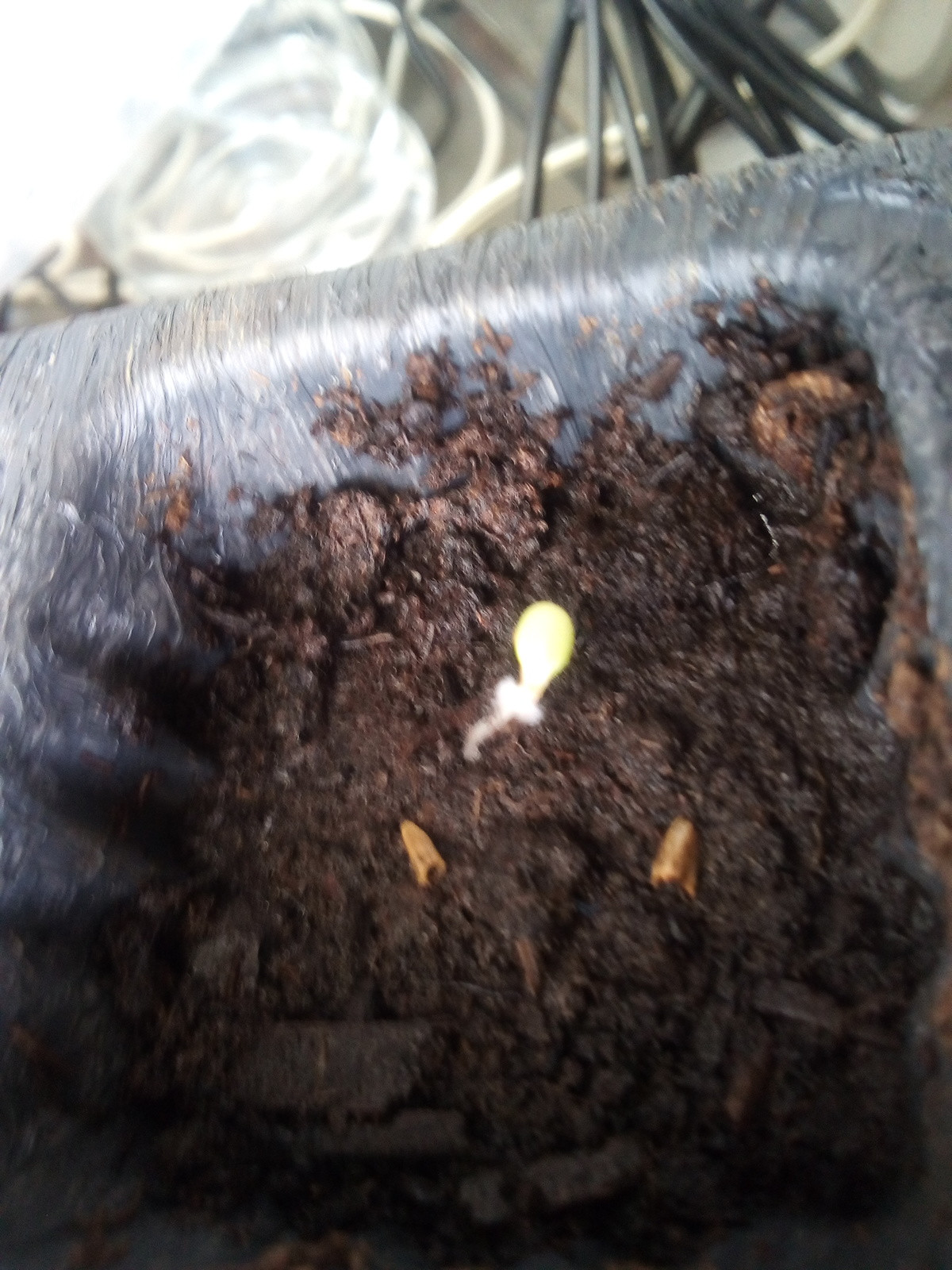 Is this normal? Or some kind of fungal infection caused by excess moisture? If yes, is there a cure?

The exact name of the plant in question is Echinacea angustifolia.

Update after 5 or so days: 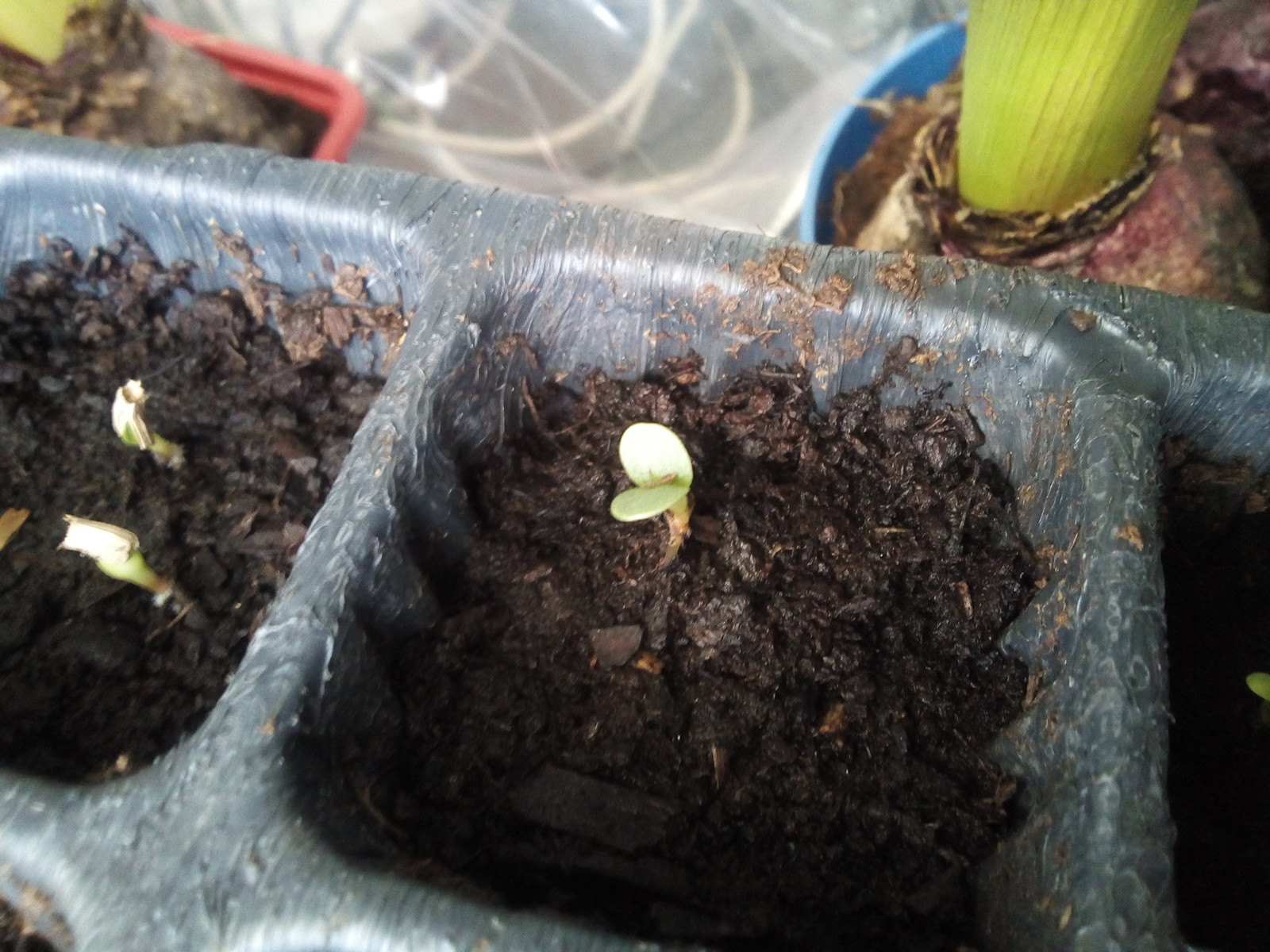 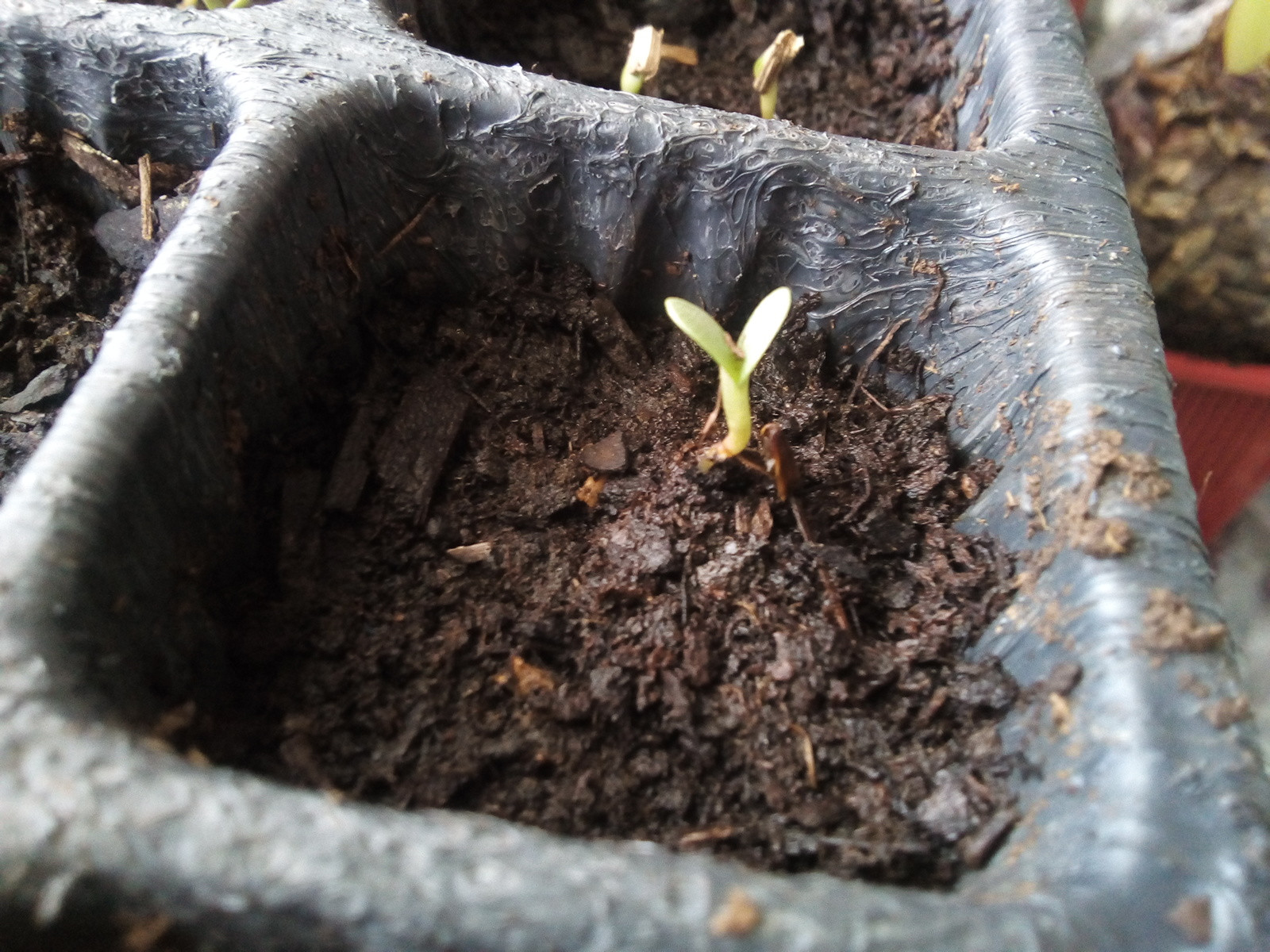 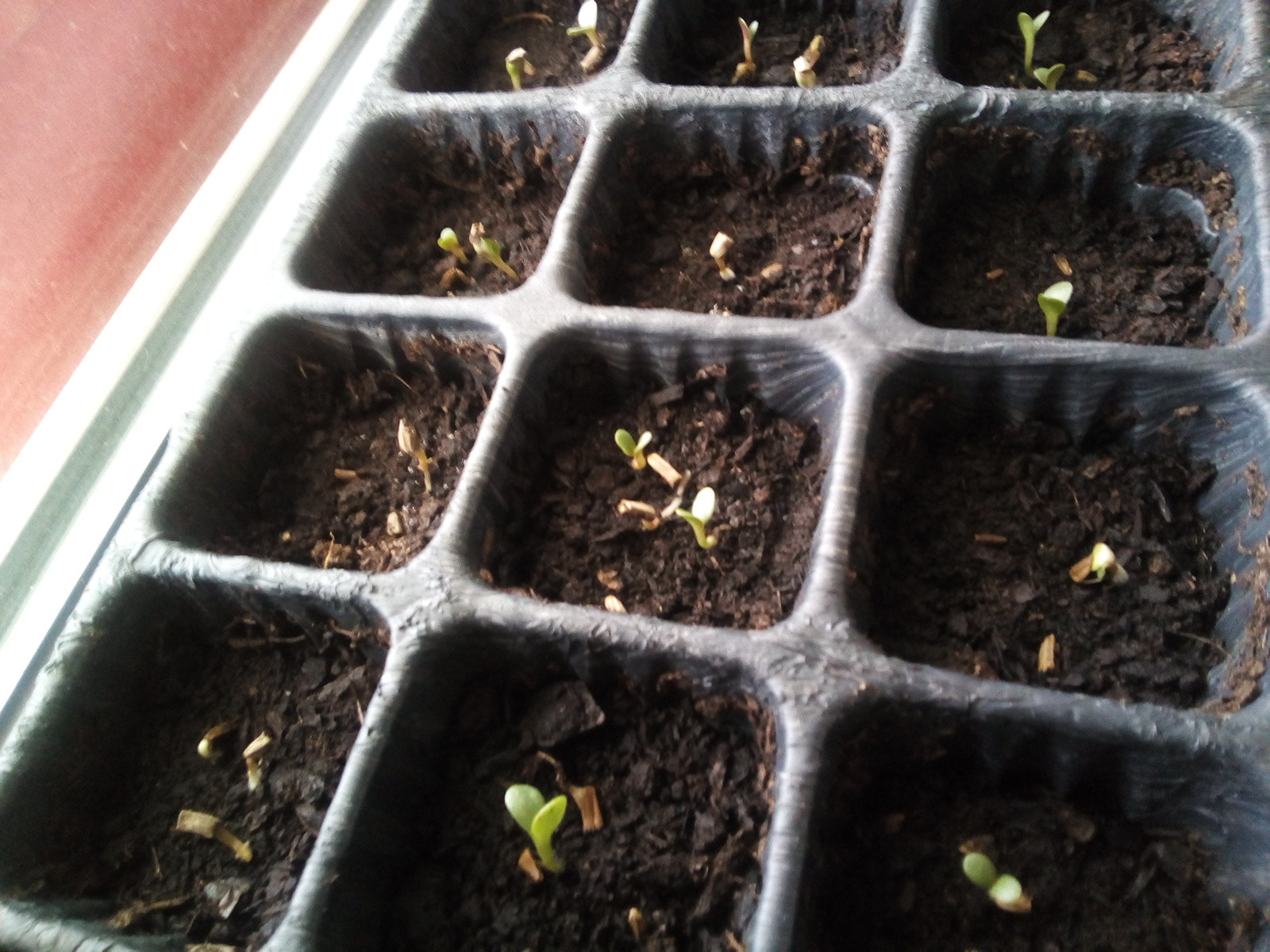 Update: I started a couple of seeds of a different Echinacea, Echinacea purpurea, and there is that same 'feather': 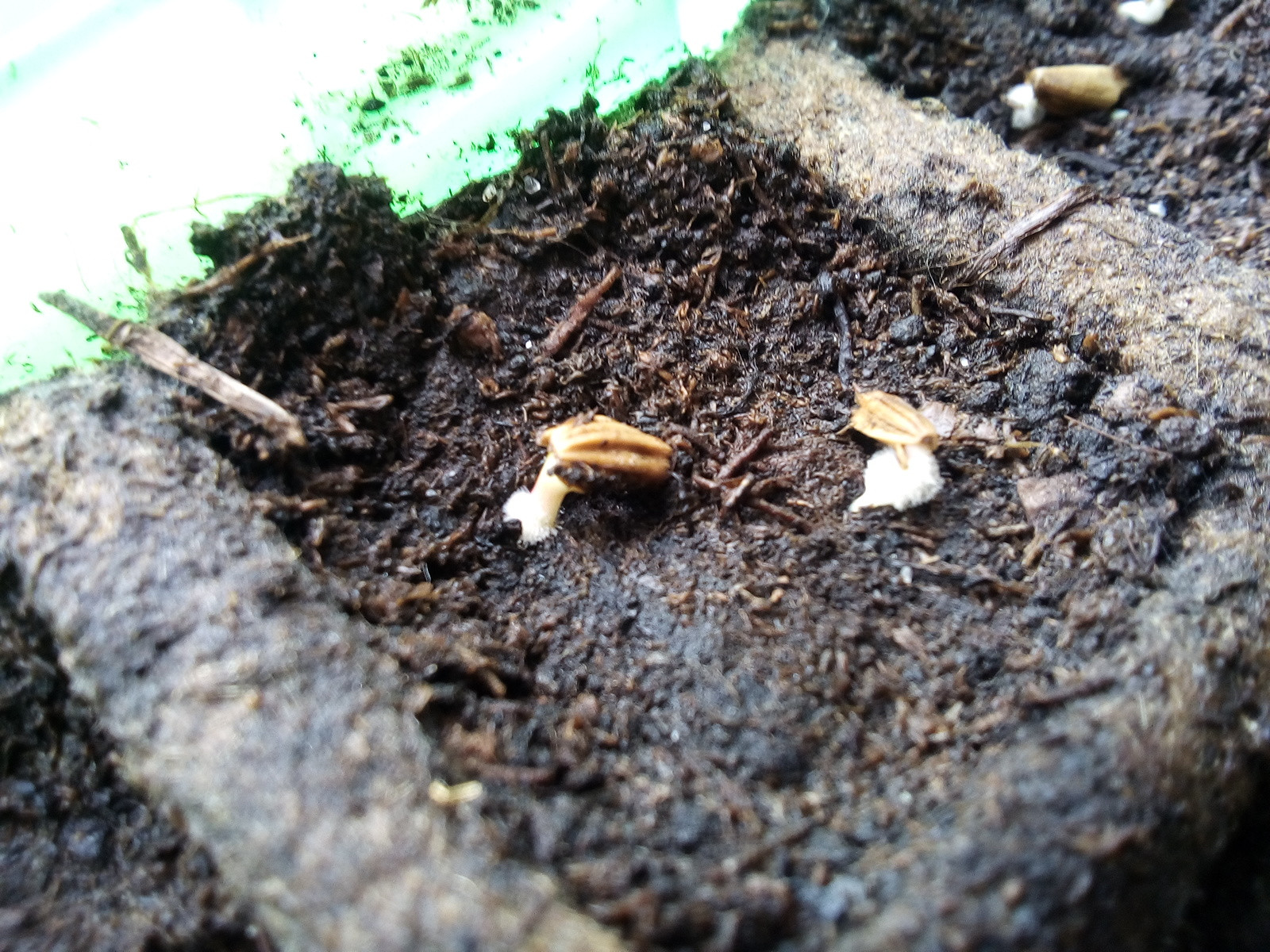 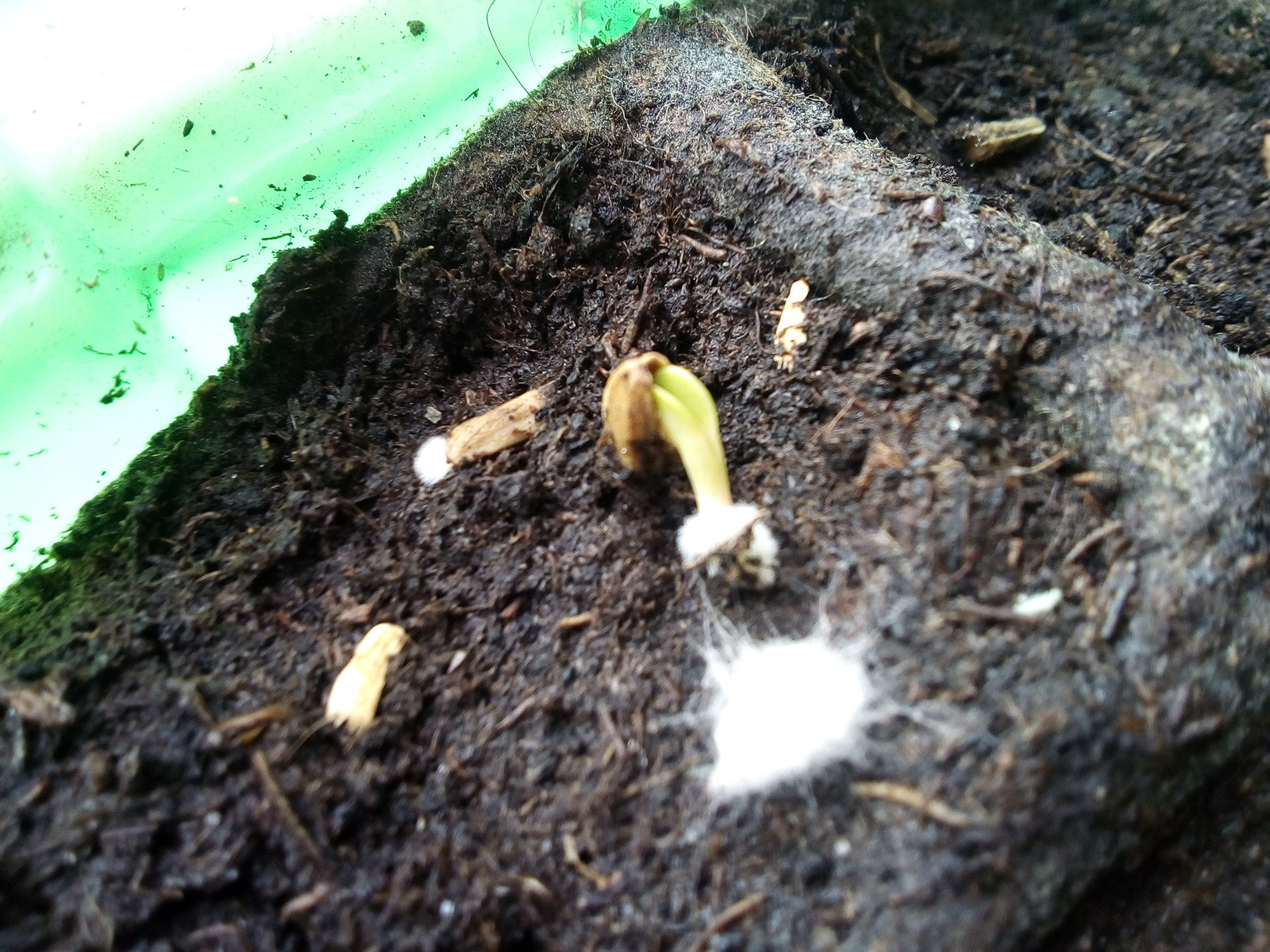 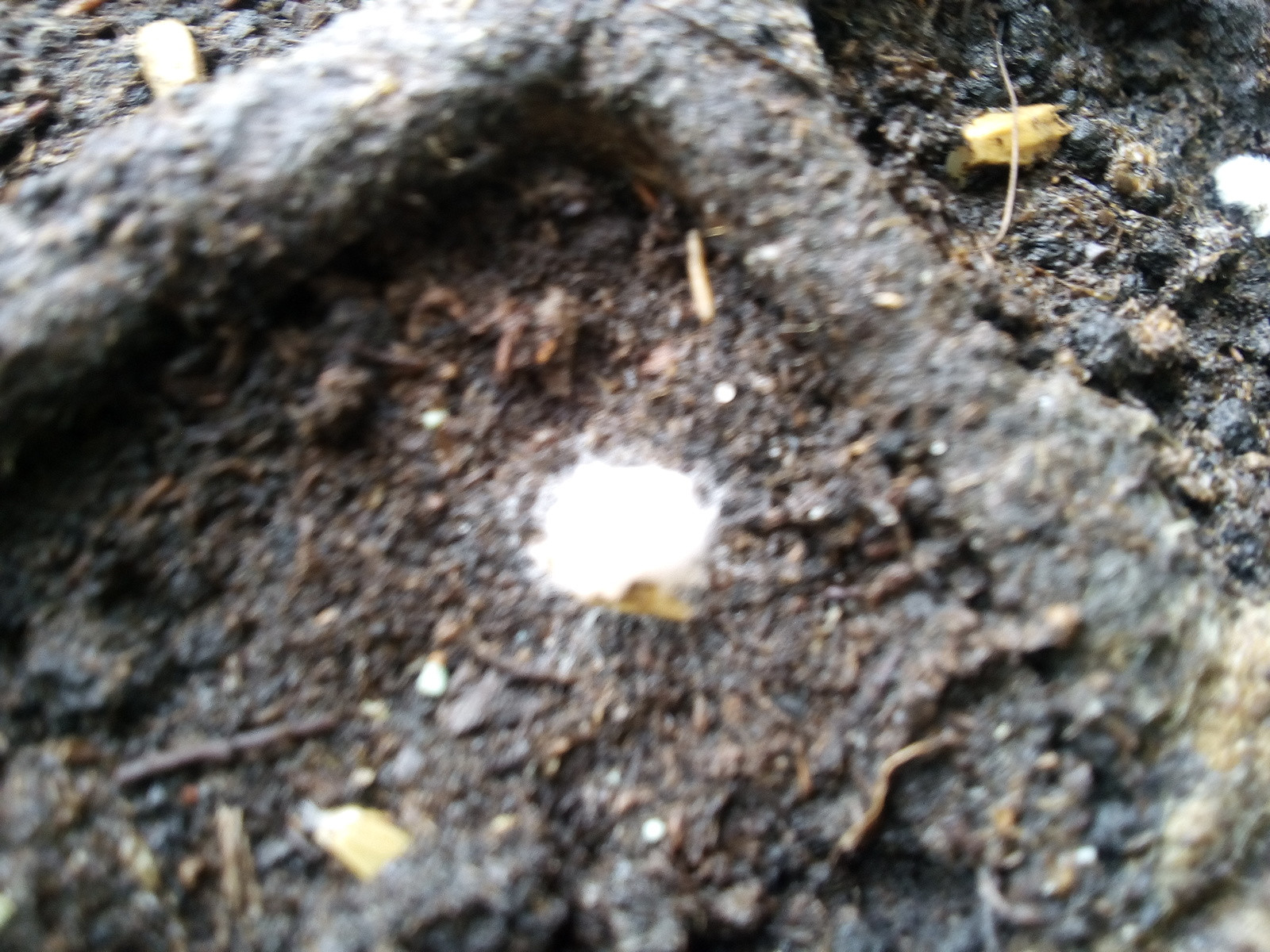 It looks Echinacea seedlings do have this fine hair, but, for example, I didn't see any traces of such hair in Rudbeckia seedlings (Rudbeckia is a close relative to Echinacea).

I noticed the similar, even stronger, effect in my Lupinus seedslings: 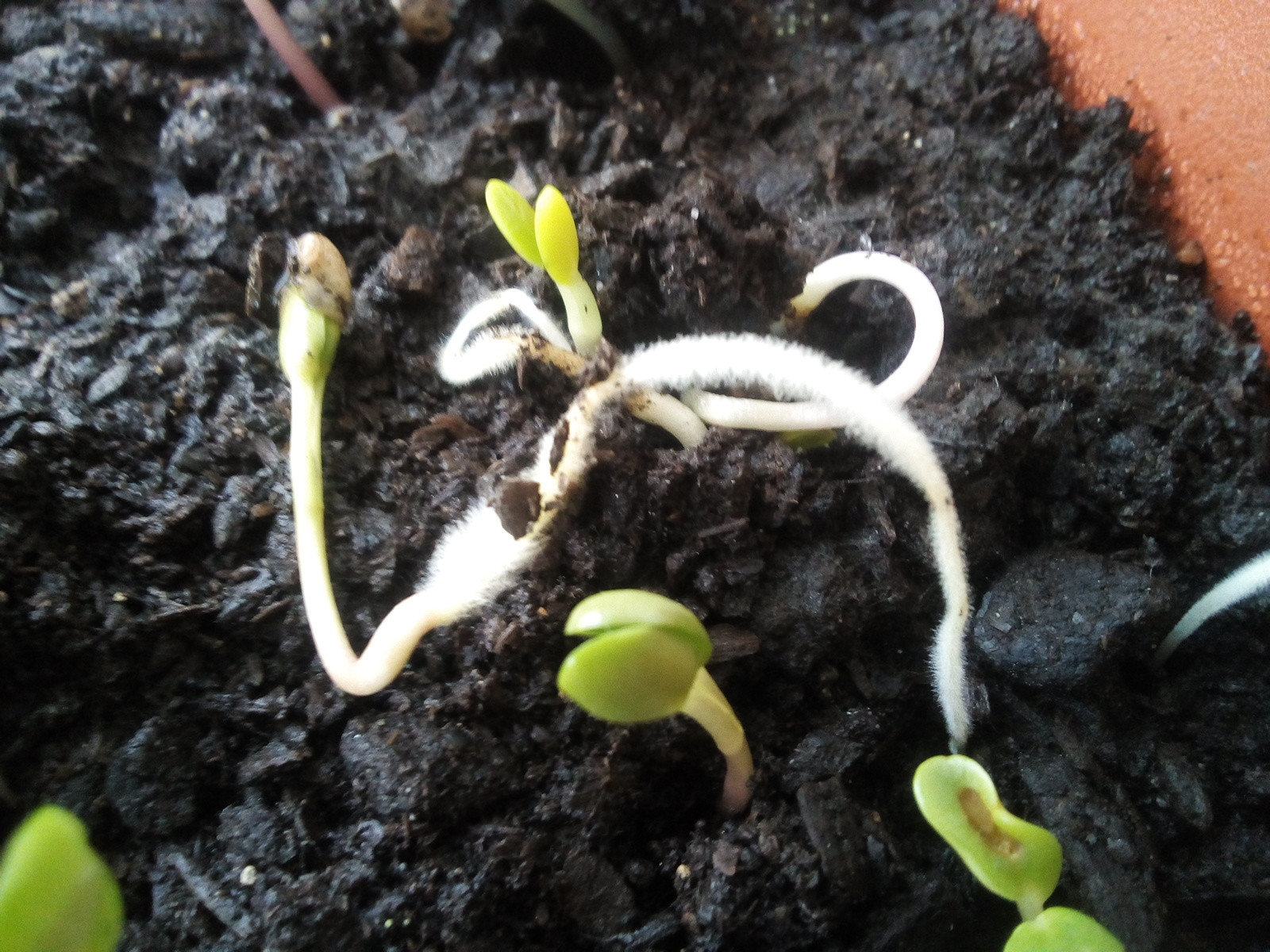 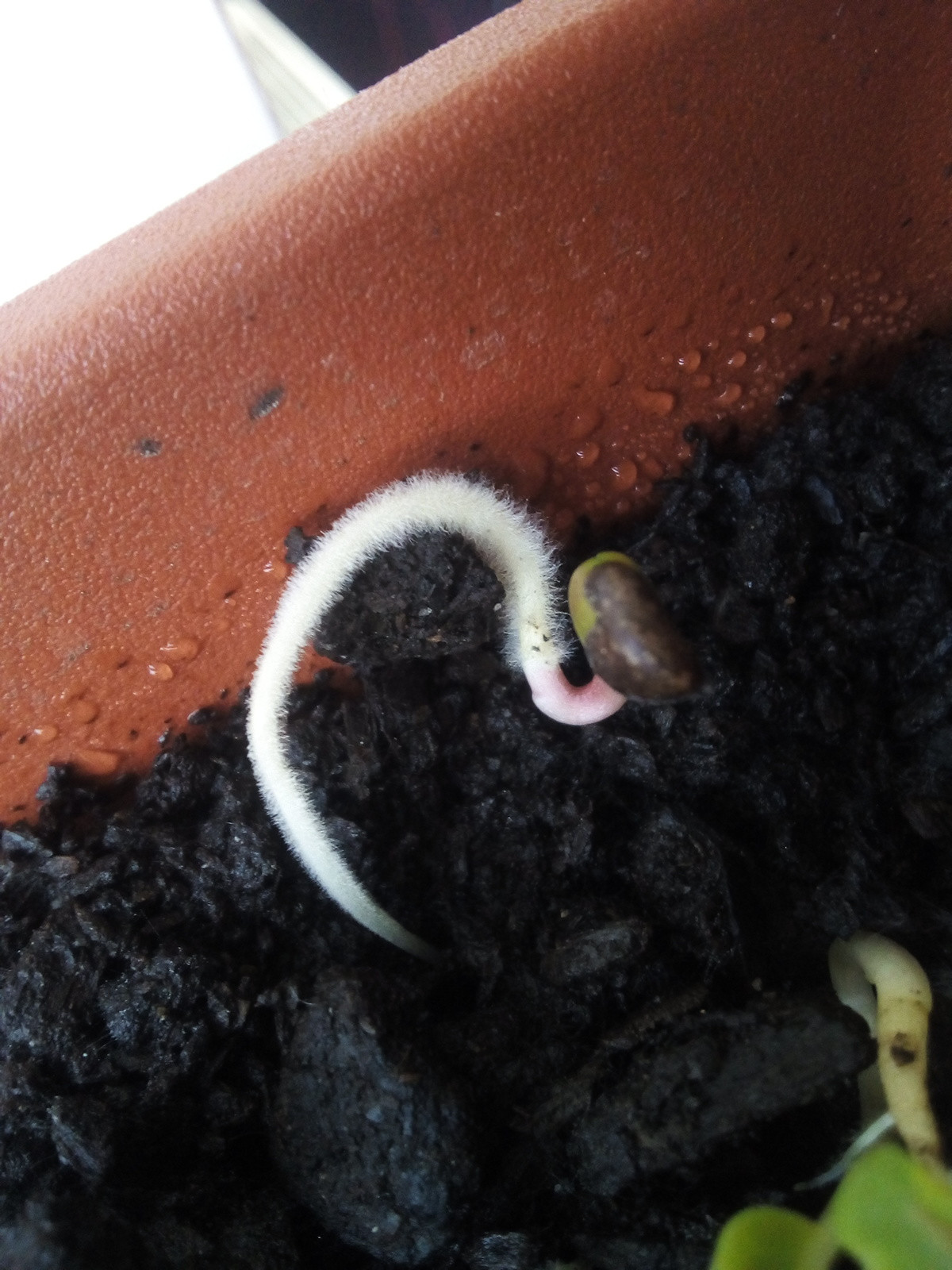 That looks like fine root hairs on the hypocotyl of a normal , healthy seedling still in the cotyledon stage. These root hairs greatly increase the surface area of the root and are thought to aid in nutrient absorption, anchorage and microbial interactions.

Edit: It does look like the root has pushed the seedling out of the medium though (maybe they are going for the light). I would try to straighten the seedlings up a bit and top up the cells with seed raising mix almost to the base of the cotyledons for added support. 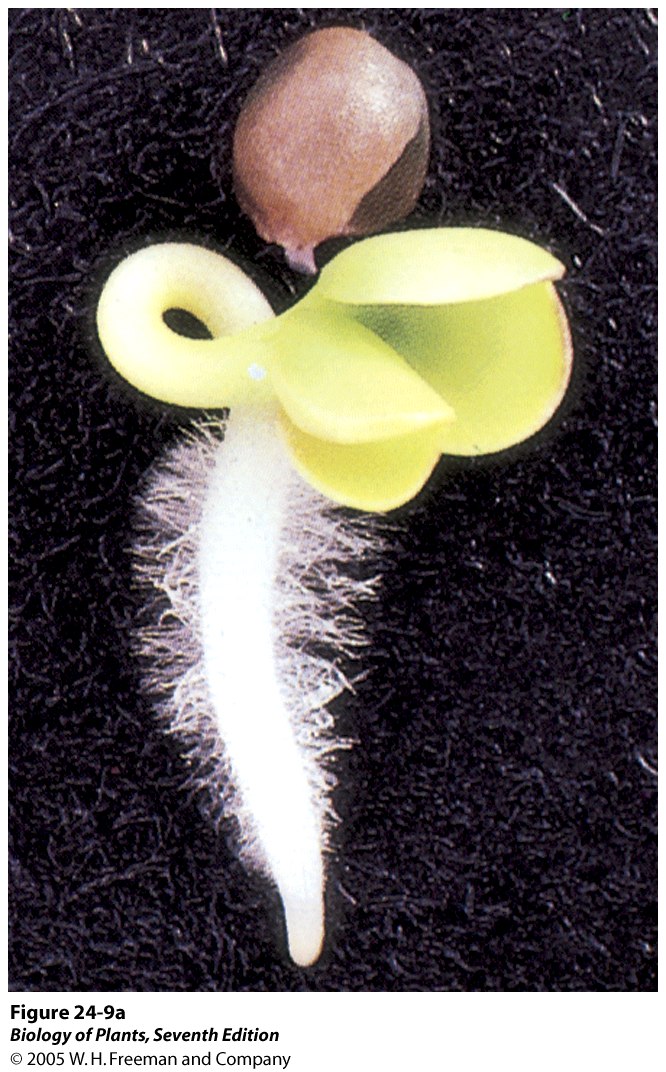 The image isn't entirely clear, but it doesn't look like a seedling, it looks like an immature fungal fruiting body, so a toadstool or a mushroom - it will reveal itself fully over the next day or so, at which point it might be possible to identify it properly.

It's unlikely to be a problem for any seed you've sown in that cell, it will have grown from some mycelium already present in the soil you used, and can be snapped off when it's a bit bigger.

Not the answer you're looking for? Browse other questions tagged identification germination seedlings perennials or ask your own question.

2
What to do with these black-eyed Susan seedlings?
4
What are differences between Echinacea purpurea and Echinacea angustifolia?
1
What is the correct way of placing echinacea seed in soil?
8
A seedling with three (instead of two) cotyledons
3
Why do my seedlings need more and more water?
1
What are these two intruders into Rudbeckia seedlings home?
4
What if the seeds sown outdoors are covered by a transparent cover in the initial stage?
3
Possible reasons for coriander seedlings dying off
0
Should I start seeds early indoors in my zone?