Is this a Cayenne Chilli pepper? 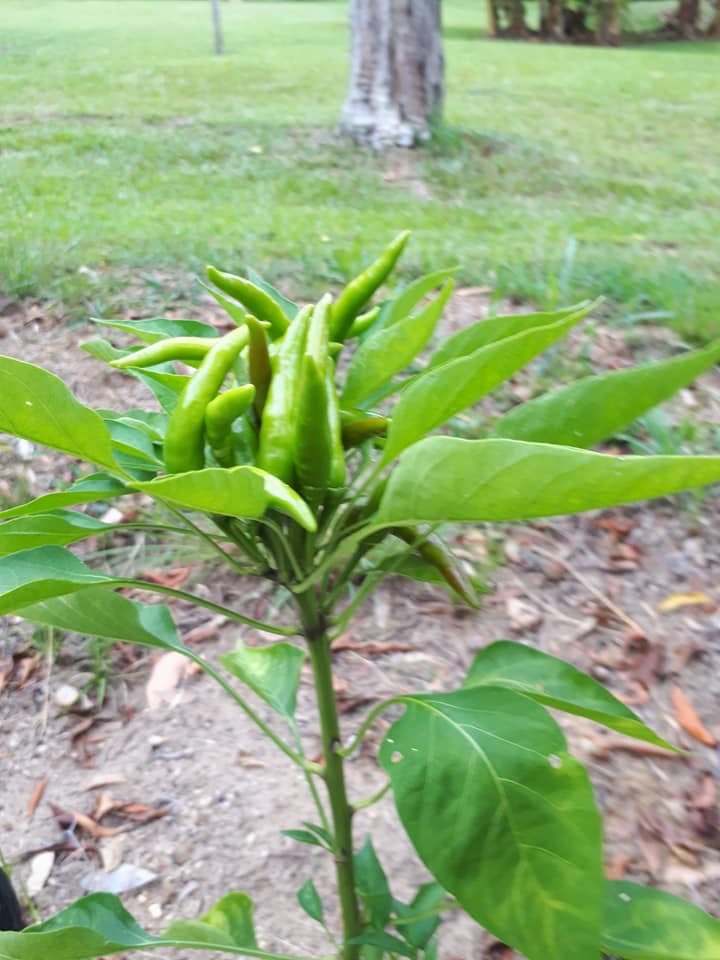 I bout this from eBay last year. The seller had it listed as a Willy Chilli plant. However as the fruit started to grow I noticed they did not grow to what the Willy chilli is supposed to look like. I think it might be a cayenne chilli plant, however the chilies do not seem to be long enough to be cayenne chillis. I cooked one today and it did not taste spicy. Going to have another one tonight. What is this chilli plant?

Giacomo, It started to grow the buds just after Christmas. I have two photo’s taken close up of the buds. That’s what they looked liked just before I went to Melbourne for about a month on holiday. I did not get a chance to see what colour the flowers are. I will take more pictures when it flowers again. 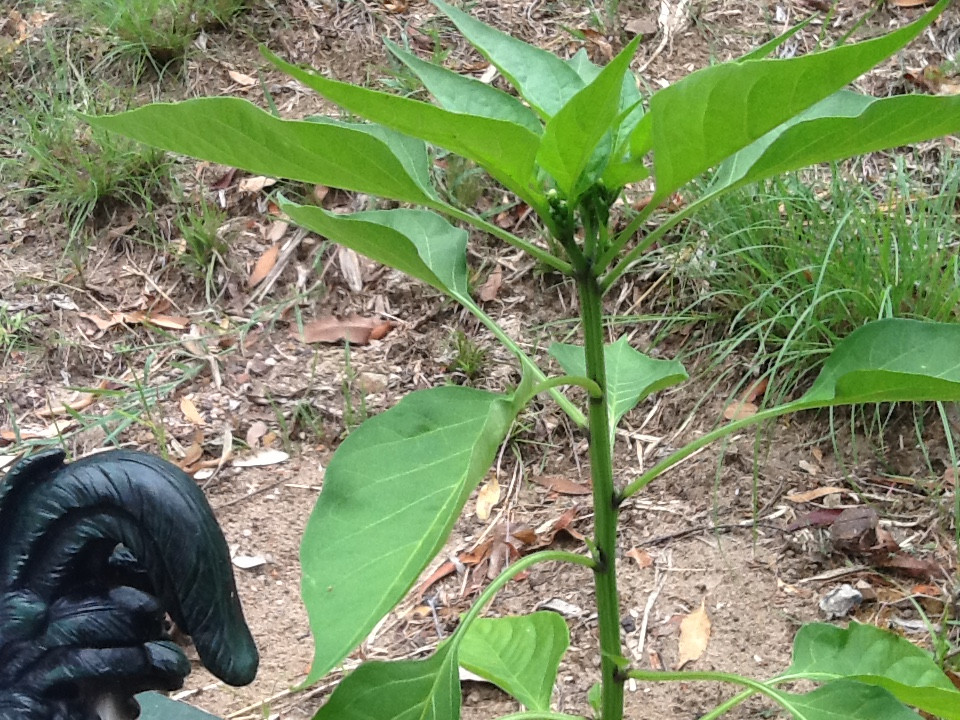 It has been too wet to take more photos. It the flowers are white. I have been sticking to getting the seeds from Australia. Thank you all for the information. I will look up the two types you have given me to find out more information.

No. It's not Cayenne. Cayenne peppers tend to hang down, rather than point up (as someone in the comments also mentioned). You're right that Cayenne is bigger. Even small Cayenne types that aren't the true Cayenne tend to be bigger than that, too, like Ring of Fire. I haven't seen Cayenne growing in bunches like that, either. It's possible that there's a Cayenne type that points up, but that's not the norm for Cayenne types.

Your pepper looks more like Yatsufusa (AKA Yatzy), Rooster Spur, or something like that. It could be a Thai pepper, as mentioned in the comments, or any number of other peppers. It's not Tabasco, though (Tabasco fruits begin yellow and are more blunt).

Don't assume it's a particular variety. It's probably an accidental cross. Those can sometimes be pretty nice, though, potentially with hybrid vigor.

Anyway, this answer is based on my observations.

FYI, buying peppers on eBay is very risky (I have experience there). You can expect them to be something other than what you ordered, due to crosses or such, unless you trust the seller. Peppers cross easily. If you want true-to-type plants on eBay, buy species that don't cross easily, or from sellers who bag their blossoms—and be sure the vendor is legal where necessary (don't order from foreign countries if your country has laws about that). Not all USA sellers have dealt with the red tape needed to legally sell seeds from their state, too. But in some cases it's not necessary to do any licensing, etc. (although eBay's documentation acted like the laws were just as restrictive in all states, last I read there).

18
What is happening to my chilli plant? How can I help it?
9
Am I doing the right thing with my chilli plants?
5
Why are my chilli pepper leaves curling and new flowers are falling off?
4
Dry brown patches on cayenne chilli plant leaves, leaves starting to curl, tiny black spots
7
Chilli Plant Leave Tips
2
Is it too late to top this cayenne chili plant?
3
Post Overwintering chilli