What is the succulent with all the leaves coming from the same centre in this succulent group?

Could you please ID succulent D in the following picture? D and F are somewhat different than the rest. What is its hardiness zone? Would it survive the coldness of zone 5, if left outdoor in the winter, while keeping it in its current container and arrangement? 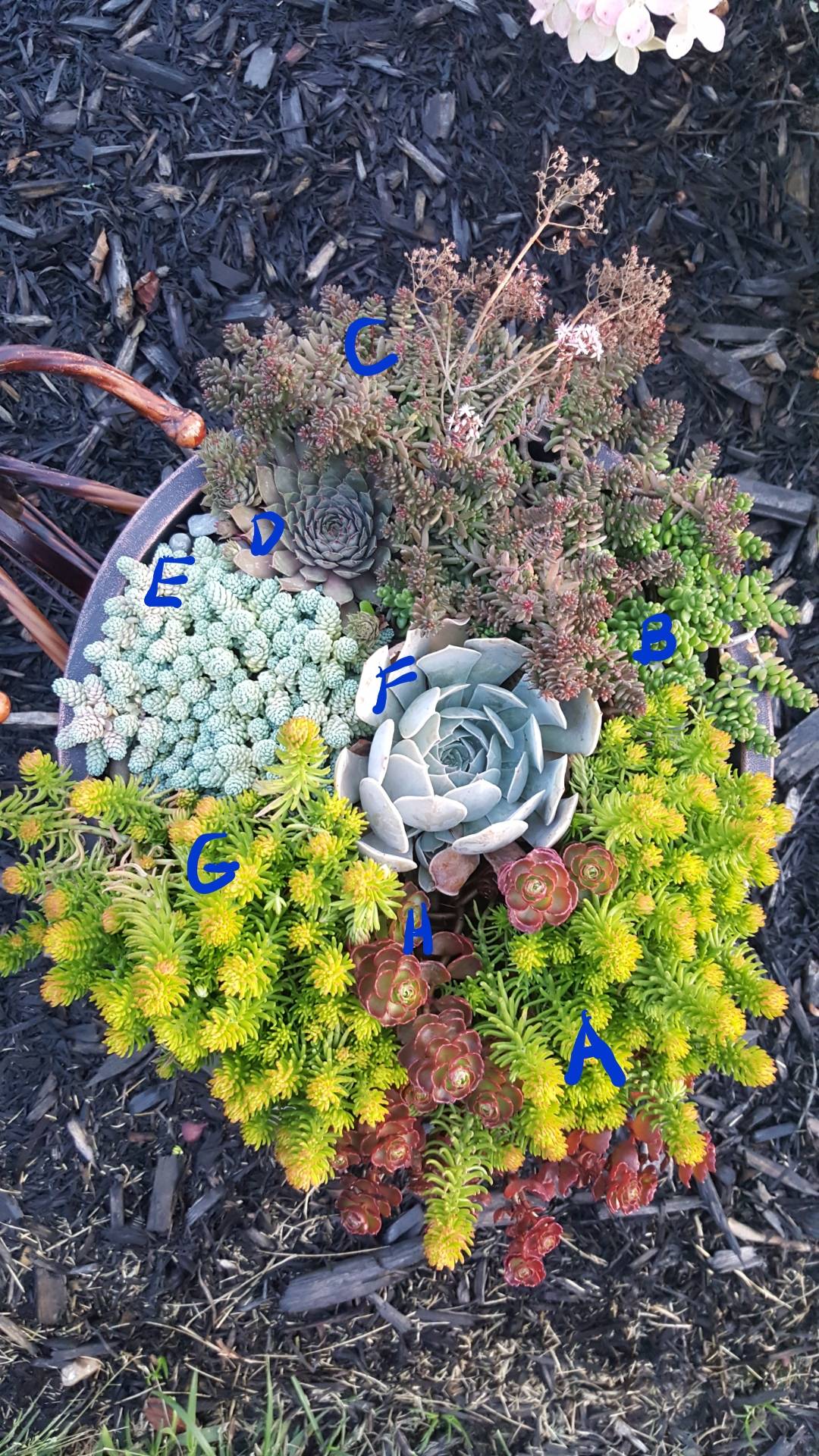 To me D seems a Sempervivum tectorum. You are right, that it is similar to F, which I think it is an other Sempervivum.

Some varieties of Sempervivum tectorum are found also on alpine level, so it is resistant to very cold temperatures. In general all the plant I see in this pot should be resistant to cold temperatures: Crassulaceae (the family of Sempervivum and Sedum) are succulent plants, but often seen in cold zones: no spikes, so not in a very dry environment (like deserts like environment), but they grow in dry places, so on stone and rocks: animals have other larger plants nearby (outside rocks). So we have such strange succulent on cold climate.

The form of leaves: flats ending with a large triangle and a small spike (for me) it is typical of some Sempervivum. Often such plants are nicer in vegetative state. Flowers are not so special.

Note: the name: "tectorum" means "of roofs". It was common in the past in the stony roofs.

A related family and genus are the Saxifragaceae (some time also succulent).

Most likely a Sempervivum variety such as Purple Beauty https://www.calgaryplants.com/products/sempervivum-purple-hens-and-chicks - it is hardy down to Zone 3. The main thing, in winter, is not to allow it to get too much winter wet - it will tolerate cold, but wet cold they do not like.