Why are my Dracaena Fragrans leaves browning from the base?

I just brought home a Dracaena fragrans a couple of weeks ago, and it is in dire straits. Hoping someone here will have some ideas. 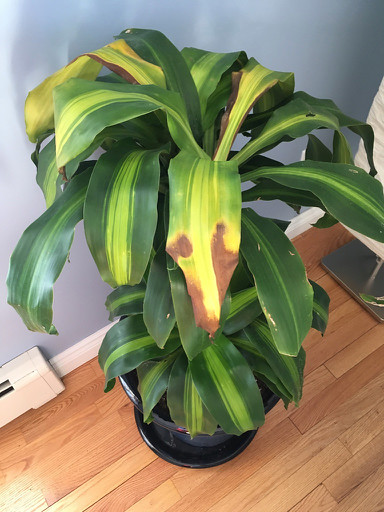 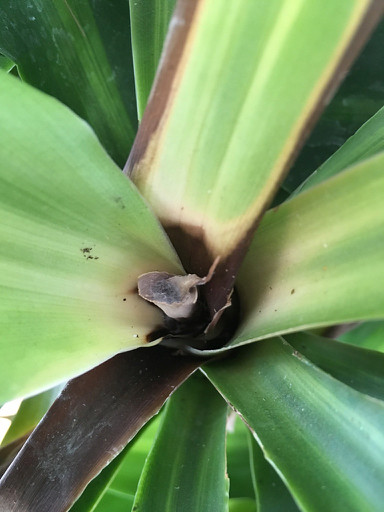 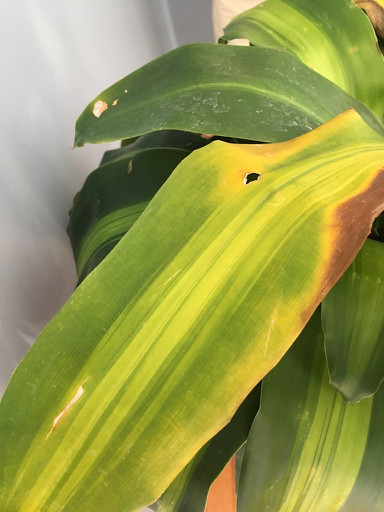 I have considered lots of theories but am not sure what to think. Some things I've considered/tried:

So, maybe multiple problems going on at the same time. I'm frankly just kind of amazed and dismayed that this nice-looking plant has gone downhill so fast. I have other houseplants that seem happy enough in the same room (a fuschia and an ivy plant). Any ideas?

From your description it seems you have no drainage in this pot despite the hole at the bottom which is likely occluded by the plate. This would leave the roots sitting in stagnant water.

I suggest removing the plant to confirm that the roots are rotted, and to see if there are any viable roots still left. Repot into an appropriate pot and mix.

Not the answer you're looking for? Browse other questions tagged indoors leaves dracaena or ask your own question.

6
Why is my Litchi plant getting brown leaves indoors?
3
Why are my Dracaena and ZZ leaves turning yellow?
4
Why have the leaves of my Dracaena marginata completely fallen off?
4
Thousands of tiny white eggs (?) on fig tree leaves - what are they? What to do?
2
What are these black/brown patches on my corn plant
1
Brown splotches on leaves on Dracaena Fragrans
3
Is this plant a Dracaena fragrans?