Cutting banana tree without harming it

I have a banana tree that recently decided to retire its main central branch. What’s left is a big dried of stem visible in the center of the pot.

Can I just cut it out without harming the plant? 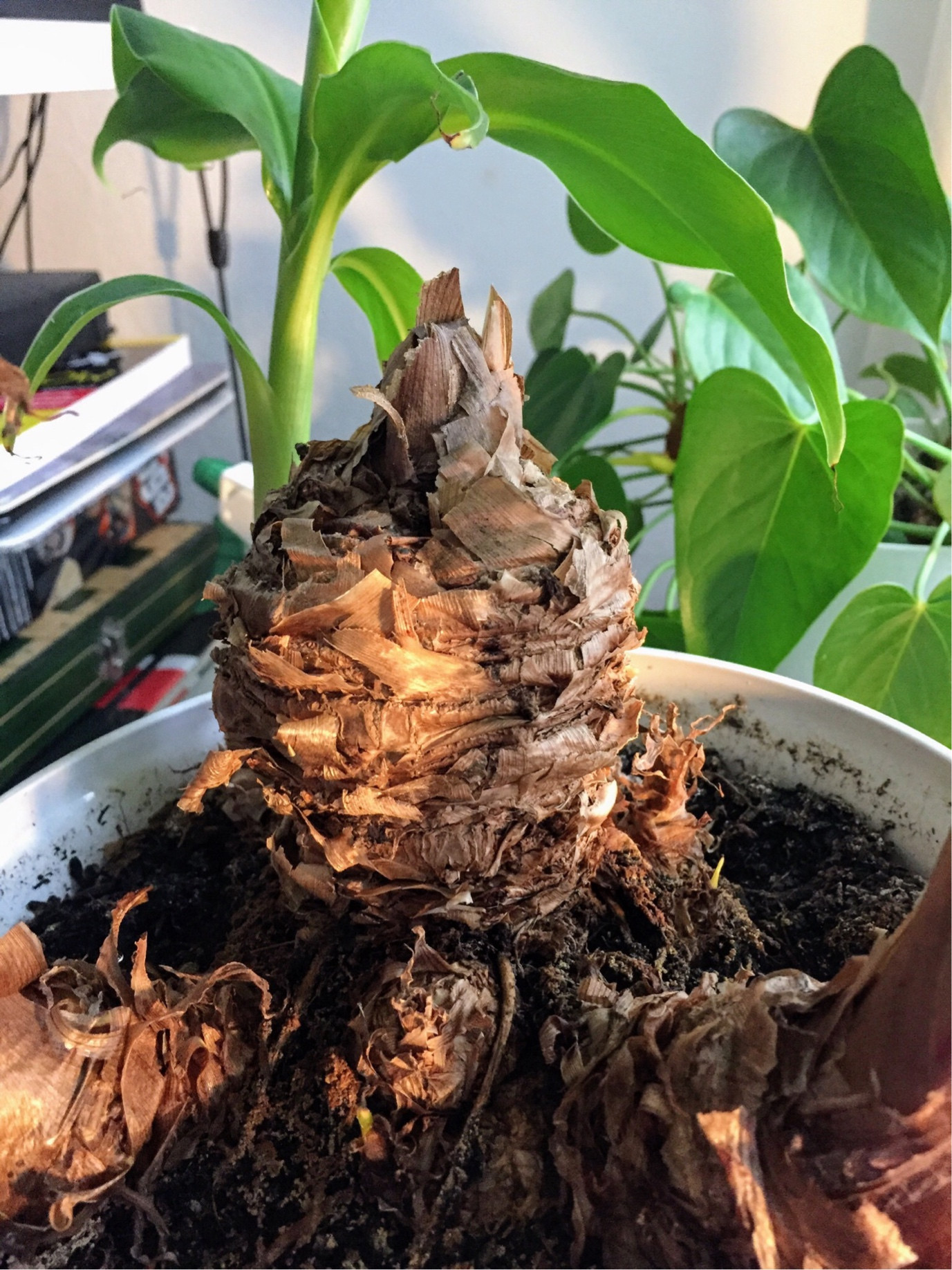 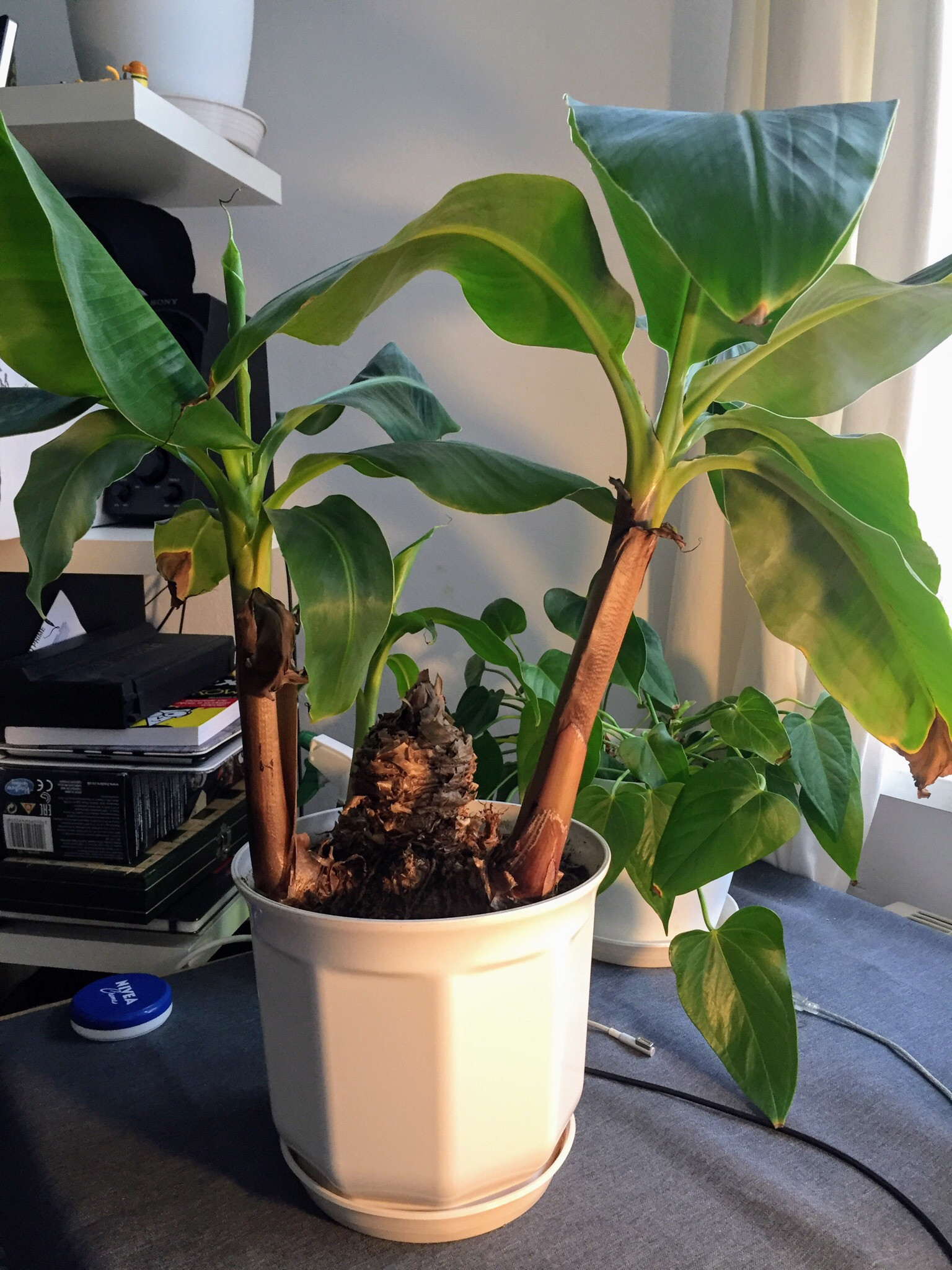 The banana plant forms a stem which is actually a pseudo bulb made up of old leaves and in nature it matures, flowers, fruits and dies back to the underground rhizome which keeps making new stems. There are two types of pups, a sword pup and a water pup. The former has a much larger root mass which allows it to be separated from the parent, but the water pup needs support from the mother plant. You look to have two sword pups.

You can't keep a banana plant in a single pot as it continually sends out pups and will outgrow the pot. You should consider dividing the corm to get two new plants (if they're at least one foot high) which you can transplant. But in the meantime you can cut back the dead stem which is just dead leaves. If it hadn't died back, a new leaf would form underground and push its way upwards through the middle of the "stem".

Not the answer you're looking for? Browse other questions tagged houseplants indoors pruning cuttings banana or ask your own question.

12
Will my basil plant regrow without leaves?
5
Can I overwinter a banana tree on an unheated sun porch?
3
Can I prune an indoor avocado tree all the way back to stem?
2
How to introduce an overwintered banana tree back outside for the summer
1
Banana plant leave stems broken, cut off completely or splint it?
1
Why should I cut my indoor banana plant down to soil level?