Why are the new leaves of my peace lily smaller than old ones?

I’ve had my peace lily for about three years. It was doing fine and I repotted it about a month ago. The leaves were getting smaller before I repotted and now new ones are even smaller, but otherwise it seems to be flourishing. Why has it such small leaves now? I don’t understand it. 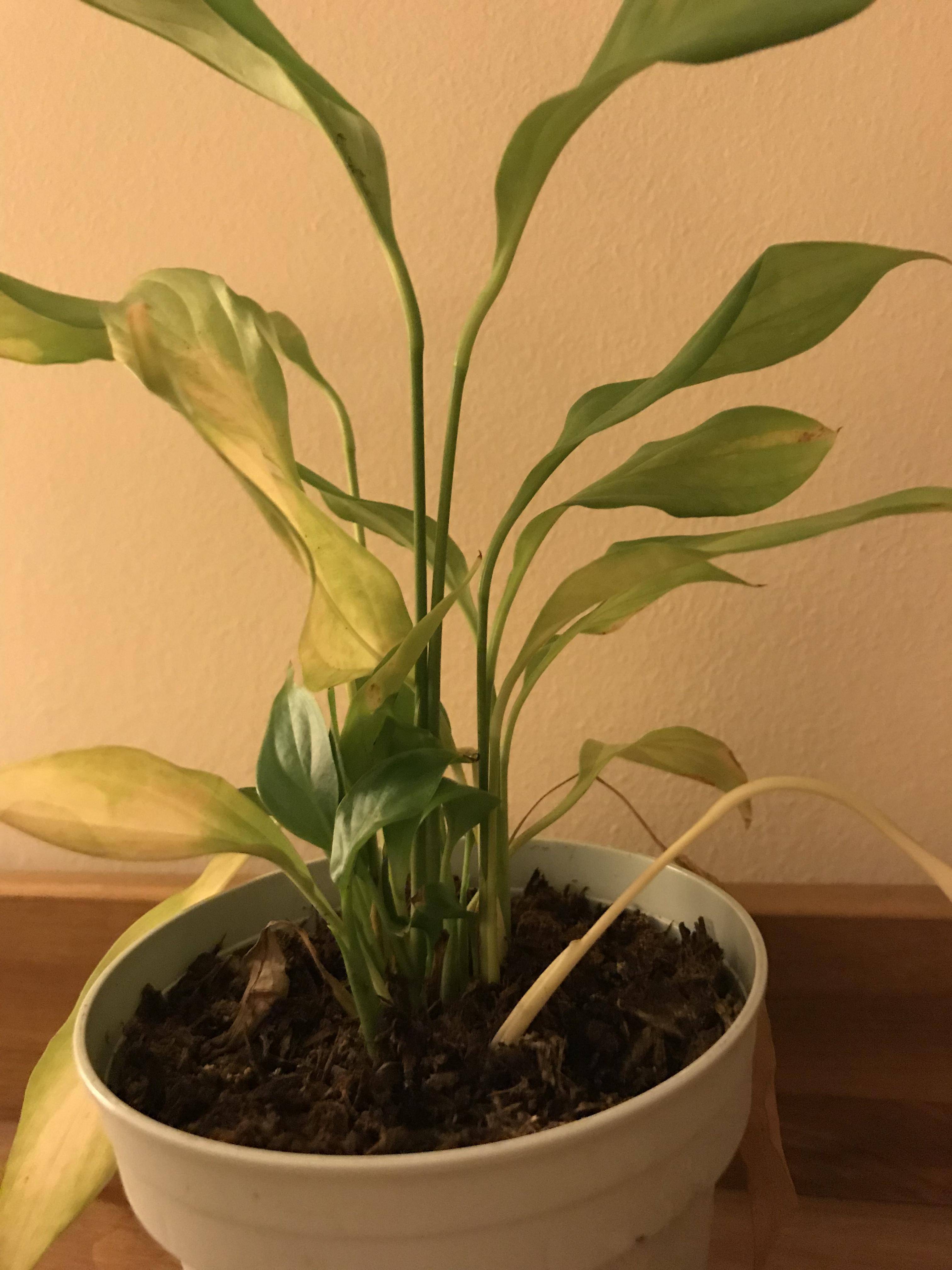 The new leaves, despite being small, are healthy, whereas the larger, slightly yellowed leaves are not. It may be that your plant was rootbound - that would cause new growth to remain small. so likely repotting it into fresh potting soil was a good thing to do. Water thoroughly when you do water, tipping out any excess in the outer pot after 30 minutes, but water only when the surface of the potting soil feels just about dry to the touch. In my experience, these plants seem to need watering more often than others, even in winter, but overwatering, or leaving the bottom of the pot sitting in water can cause rot to set in.

I'm also wondering about the light levels it receives - whilst these do not like direct sunlight, and tolerate fairly low light levels,they're not a plant for a dark spot, well away from a window, so if yours isn't getting sufficient light,find somewhere else to stand it. Keep away from heat sources too, so not near a radiator or electrical equipment.

I don't know where you are in the world, but some houseplant food such as Baby Bio, given monthly, or fortnightly during the growing season, would be helpful. It's true that the new potting soil will have had some fertilizer in it, but how much differs between brands. Average room temperatures are fine, they're not too fussy about slight fluctuations in temperature.

If you're in the northern hemisphere, the light levels indoors will be lower, so its possible the new, small leaves are not growing on very quickly, but that should improve over time. I'd be inclined to cut out at the base the discoloured, larger yellowing leaves.

Not the answer you're looking for? Browse other questions tagged houseplants leaves peace-lily or ask your own question.

3
Why are the leaves on my Peace Lily turning yellow and brown?
3
Why is my Peace lily dying?
7
Why are there small white organisms spreading to all of my indoor ferns leaves?
5
Indoor Peace Lily soil suddenly covered in white spots
6
Can I prevent the leaf loss from my fern?
3
What has caused stunted growth of my Peace lily?
3
my Peace Lily is getting droopy but I’m not sure why
1
Excessive browning of Peace Lily
1
Half of my peace lily is droopy, the other half is fine
1
Why are my indeterminate San Marzano tomato plant's leaves turning yellow?