I currently have a very well established Hawthorn hedge(it’s been there about 15 years). It has always been trimmed around 7 feet high and maybe 3.5 feet wide. 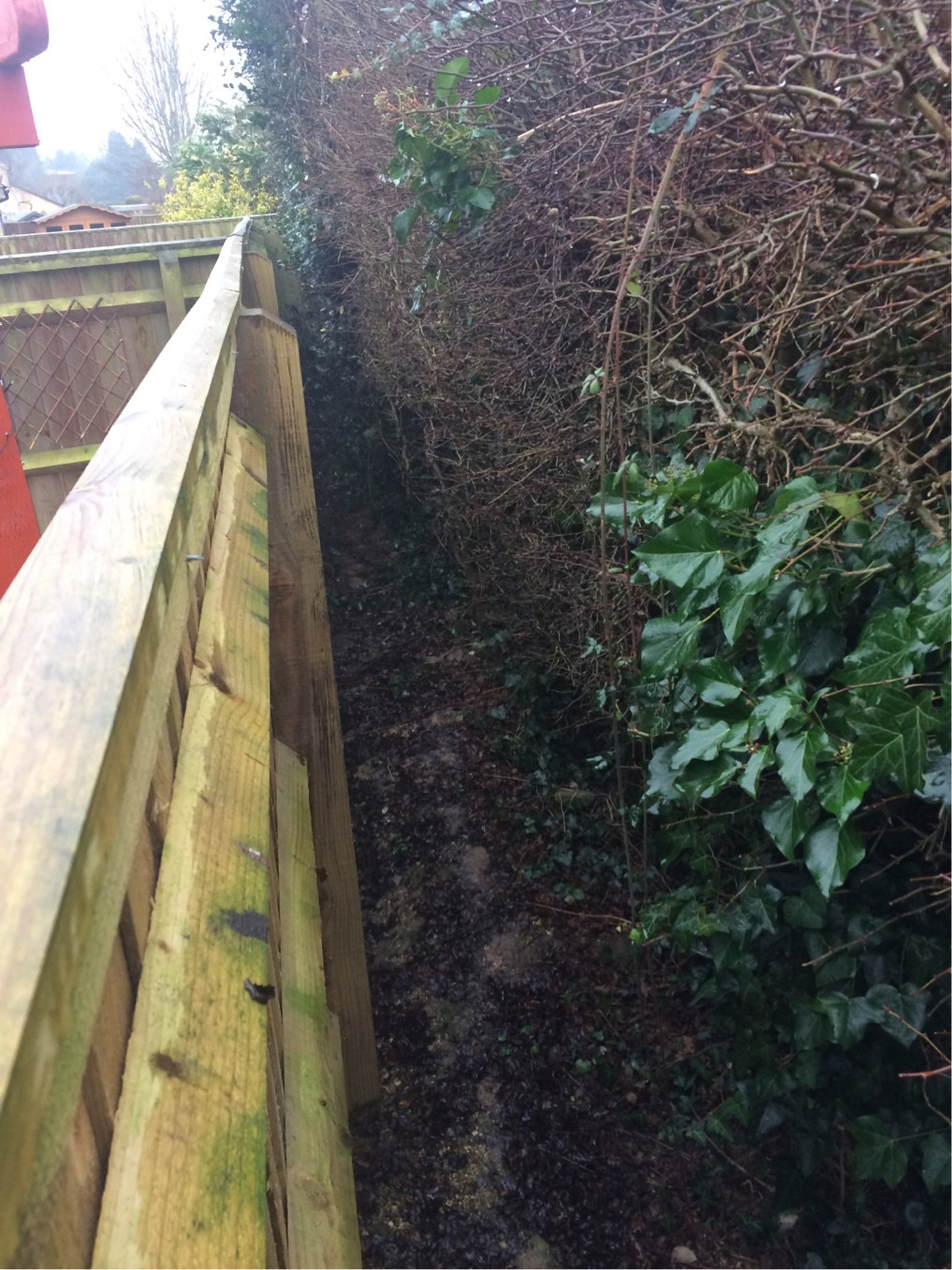 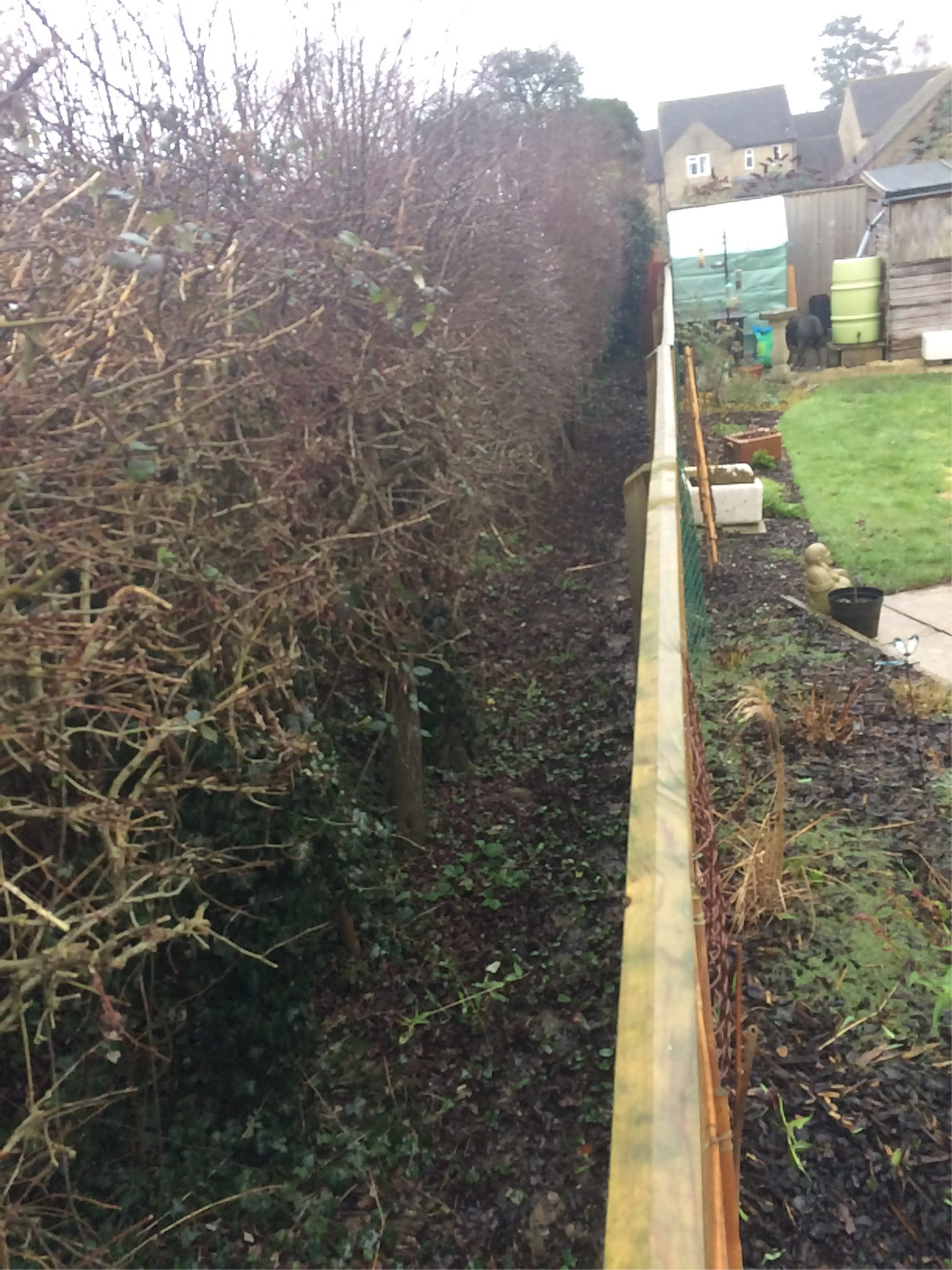 Unfortunately new house have been built on the other side of that fence with noisy neighbours. I am working on making that Hawthorn higher to reduce the sound they are making.

I would like to possibly add another plant like a laurel which has very dense foliage and excellent as a sound barrier. Within the Hawthorn, I have Holly and an Ivy sparingly growing as well.

Can I plant a Laurel in between to make this natural fence denser? Will it grow?

Can I use other plants?

If it might struggle to grow, can I pit it first, let it grow high and strong before I plant it?

There's insufficient space between the hawthorn and the fence I'm afraid. When you say 'laurel' I assume you mean Cherry Laurel (Prunus laurocerasus) which, if left unpruned, will reach 25 feet by about 12 feet in ten years. Since you wouldn't be able to get in there to prune it back there'd be a danger it would knock down or damage the fence as it grew. Which it's unlikely to do - the root mass from the hawthorn hedge will make planting anything there pretty difficult, and the hedge will out compete anything you try to plant behind in such a narrow, light deficient space.

To be frank, even a dense row of laurels left to grow together to 25 feet in height, whilst it might make a minor impact on train or traffic noise, will not significantly reduce the sound of children shouting and screaming right next door; that particular sound carries a long way. If you're keen to do something, you could try erecting your own very tall fence posts and attach trellis to them extending above the line of next door's fence, and try to encourage the existing ivy to grow over that, though ivy will cling much better and more quickly to a fence than it will trellis sections. Legally though, in the UK, you are obliged to prevent the ivy from attaching itself to their fence - it needs to grow up your own fence or structure erected on your property. There are also bye laws governing the height of solid fences - these may differ from borough to borough, though trellis on top usually enables a greater height to be achieved without breaking the bye laws. I'm afraid there's no easy, quick solution to the noise problem - if you decided to replace the existing hedge with something like Prunus, by the time it's big enough to make a difference, the children will have grown and stopped being so noisy outside anyway.

Not the answer you're looking for? Browse other questions tagged trees plant-recommendations or ask your own question.

10
What's a fast growing hedge suitable for Western Australia?
8
Slim 6ft high evergreen hedge for a UK garden?
9
Cedar Hedge drying from the inside
6
Planting to deter cats
5
What is the best privacy hedge for the US northeast?
5
Flowering climbing planting in areas that are close to auto traffic
5
What privacy hedge plants create little shade?
1
Plants for under blue spruce tree
1
Planting to obscure a tree stump