What is this houseplant with glossy oval leaves, and how should I care for it?

My mother has had this houseplant for about a decade and we don't know what it is. The dark, glossy leaves are oval with pointed tips. They're growing off small branches attached to the narrow main trunk.

What care should we give it so it can grow back healthy? 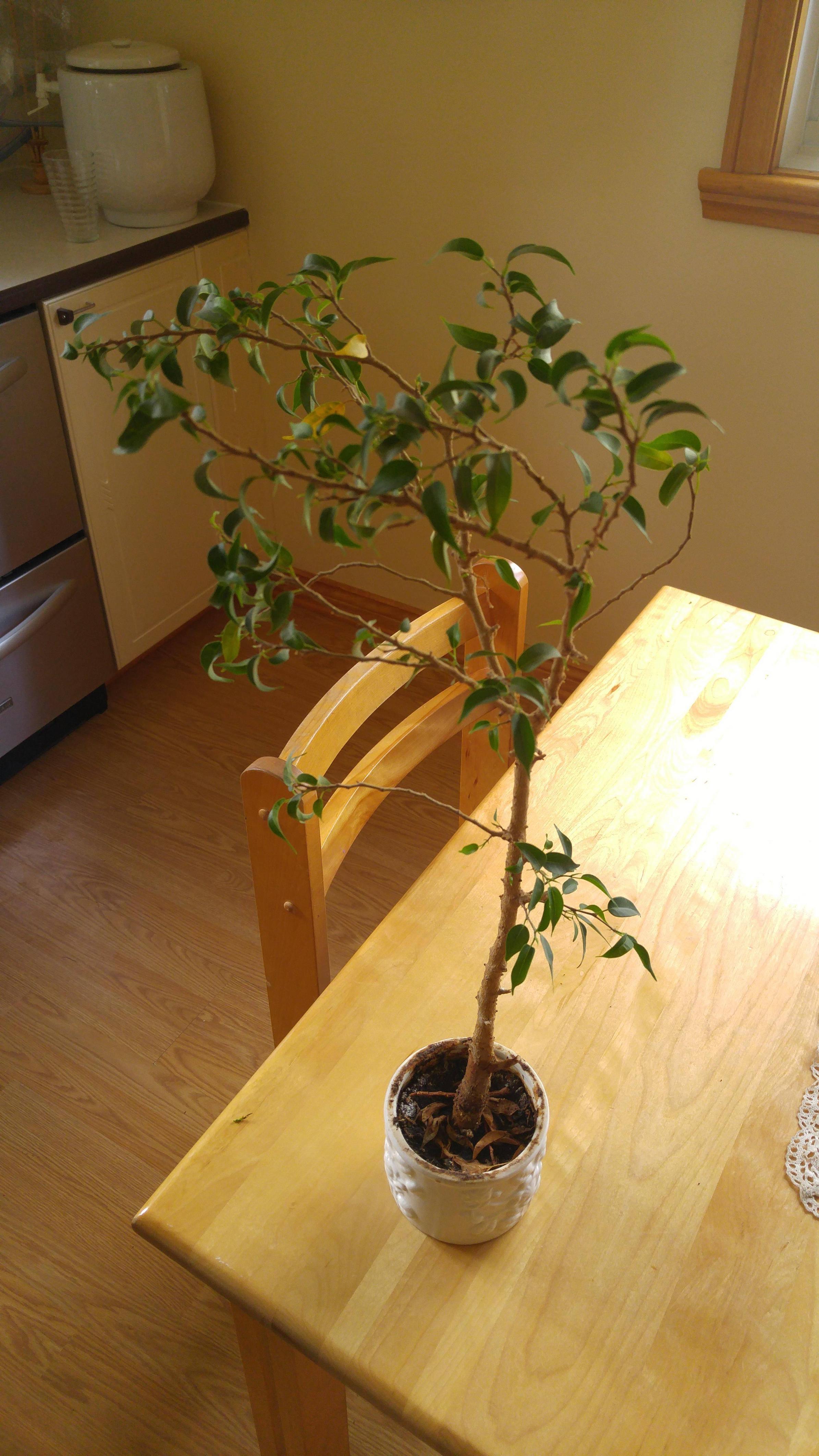 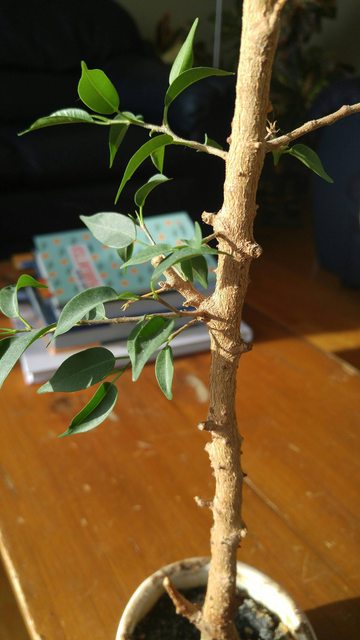 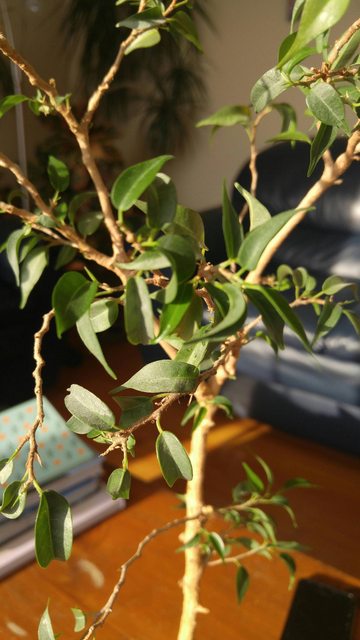 It looks like Ficus benjamina, but I am not sure because the pictures only show a close up of the plant (and not the whole plant).

Does it bleed white milk when your tear off a leaf?

This plant is easy to maintain indoors. However, close to the heater it may lose leaves. Water it weekly, but don't overwater it. Here some more detailed instructions.

I'd agree it does look like Ficus benjamina - but yours is in a bit of a sorry state. From what I can see of the pot it's in, it may well need potting on into something larger, with new potting soil. As it appears to have lost many of its leaves, I suggest you repot and then cut it down by half, though it's hard to be sure how much to cut it by because all the plant is not visible, it may need to be taken down lower than that. Depending where you live, this procedure is best carried out in spring; stand the plant on newspaper that covers the surrounding floor - these plants drip copious amounts of white sap for quite a while after being cut down. It may take some time to recover from being hard pruned in this way, but you should finish up with a much bushier, more attractive plant. This link has an image of what it should look like: Weeping fig, Ficus benjamina (minus the plaited or twisted stems).

It likes bright daylight but not sun, hates draughts (so don't keep near an open door or in the draught from an open window), prefers an even temperature and should not be placed next to heat sources such as radiators. Water when the surface of the potting soil feels just about dry to the touch, and water thoroughly when you do it, emptying out any outer pot or tray after 30 minutes. Fertilize with houseplant fertilizer (something like Baby Bio if you can get it where you are) as often as the instructions suggest during the growing season (spring and summer), stop for autumn and winter.

Ficus can be indoor or outdoor, this one looks like it has spent too long in a too dry spot. And it has suckers, those random growths along the trunk are not in fact baby branches, they are sucking the nutrients prior to reaching the top of the tree. They prefer moist climates, not soggy soil with a pot twice the diameter and depth of the root ball.