Why is there Mold growing on top of my dirt?

I’m not sure what kind of Angel plant this is but it grows mold on the top layer of the dirt after I water it and it dries out. None of my other plants have this issue. Any advice on what I’m doing wrong or what I’m not doing? It’s growing fine; but I don’t know why it’s doing this. 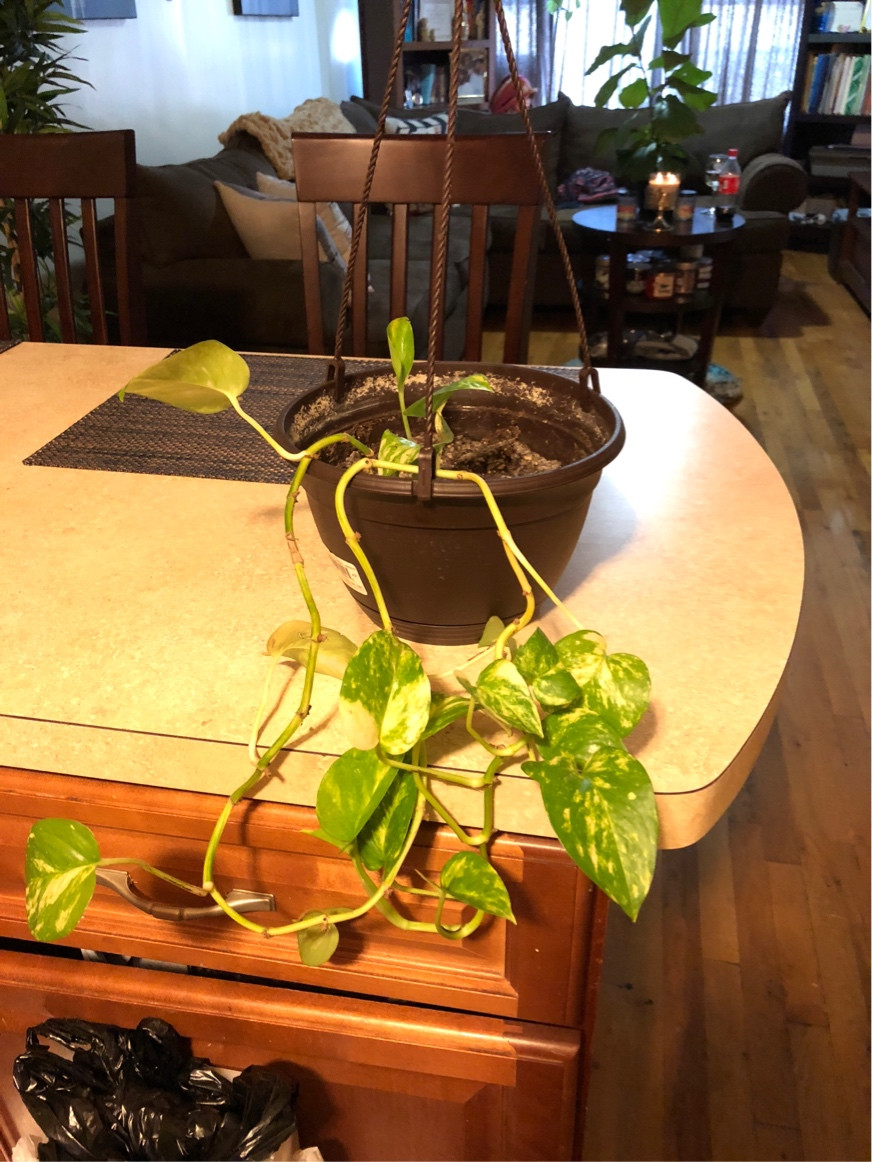 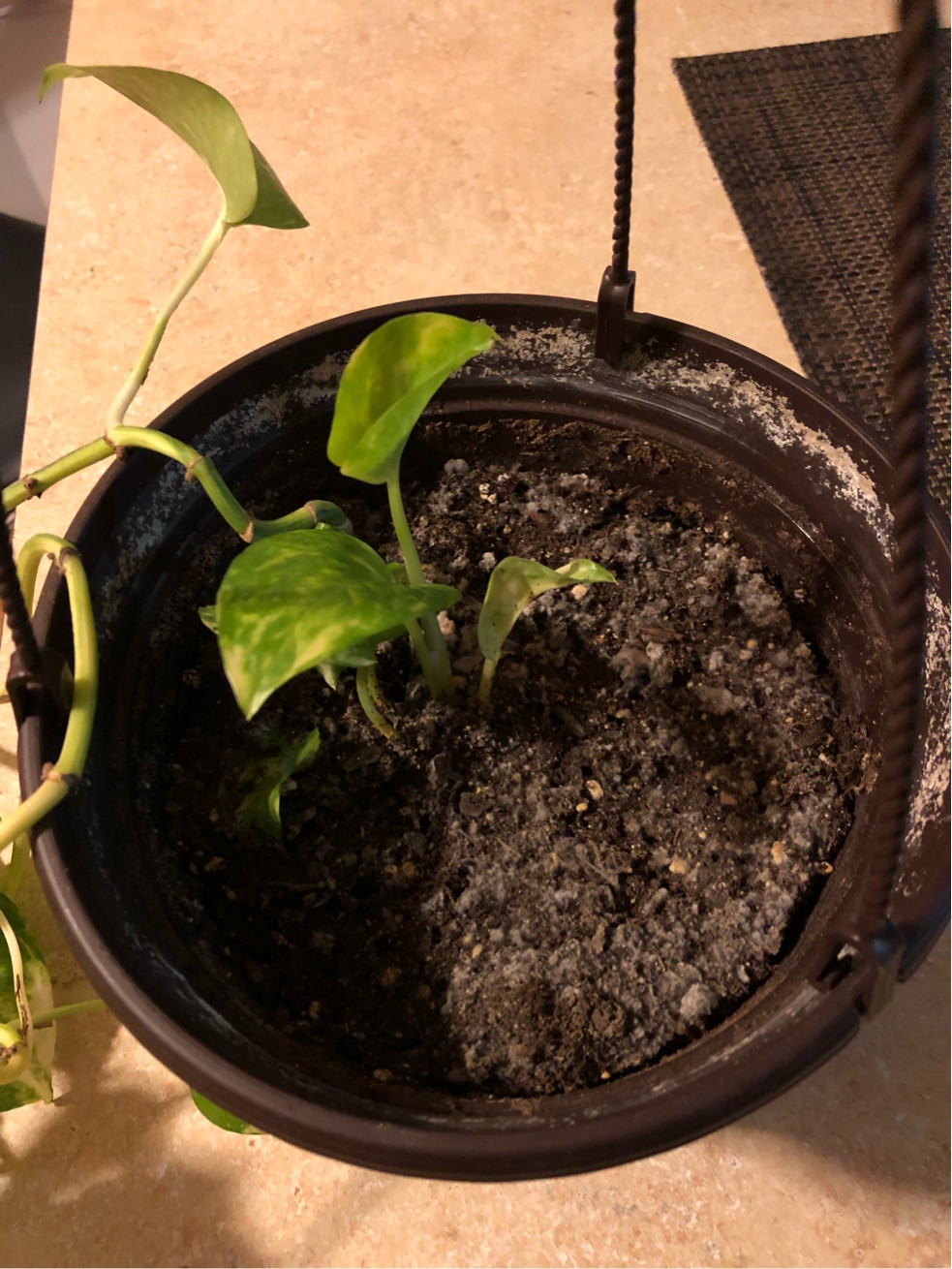 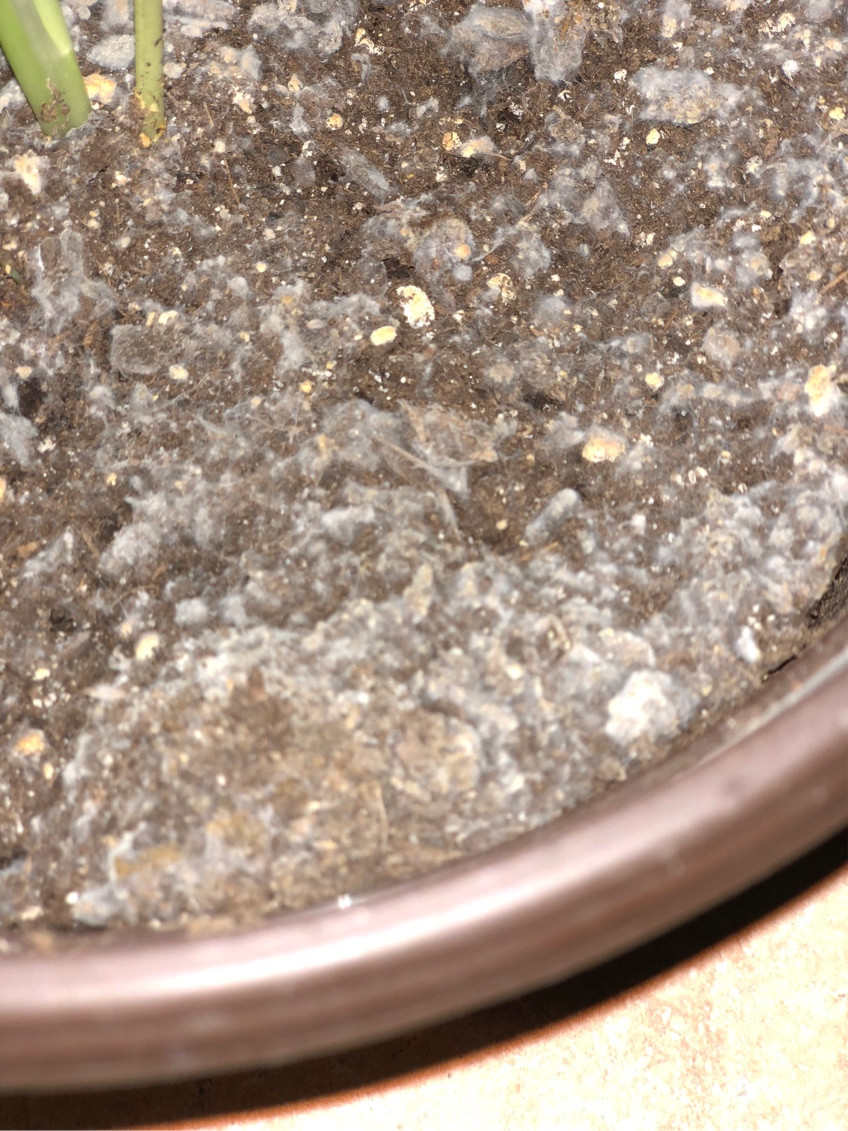 This is Epipremnum aureum (previously known as Scindapsus) and common names include Pothos or Golden Pothos, or Devils' Ivy. It's not really growing very well, the leaf to stem ratio is poor, so you've got long straggly stems that are not entirely clothed with leaves. It's essentially healthy though, evidenced by the new growth in the centre. I don't know where this pot usually hangs, but if it's well away from a window, it may just be it's simply not getting enough light at the top, and that's caused this effect. I'd also suspect its got insufficient air flow around it, which would encourage the fungal fuzz you're seeing. This can be caused if the plant is hung from a hook in a ceiling that's a dark colour - plants in this type of pot do better if hung from a wall bracket, which means its not so close to a ceiling.

The other possible problem with this type of pot is that, inevitably and essentially, it has a saucer at the bottom to catch drips of water, but that means the saucer probably holds water for longer than is good for the plant, so the soil may stay damp for quite a while. However, you say the mould appears as the plant dries out, so I wonder what potting soil you used - if it and the pot weren't sterile and new, or it's not good potting soil, there may be woody bits in it that create conditions for the mould to grow on.

I suggest you decant the plant from the pot, take off as much of the existing potting soil as you can without causing root damage, thoroughly wash and scrub the pot, then repot the plant into the same pot using new potting soil. If the white stuff just inside the rim of the pot is hard and crusty, use lime scale remover - I can't tell if it's that or just fungal. I'd also cut back the straggly stems to the rim of the pot, and if you want, root the parts you cut off in a bottle of water. Reduce the length of what you cut off to about 6-8 inches and put the cut ends into the bottle, stand the bottle on a windowsill and keep it topped up with water till roots form, then you can pot those up, or insert them into this pot with the rest of the plant if there's enough root room.

If you've had the plant in a relatively dark, relatively airless place, it will do better hung up somewhere else, but it's hard to comment either way on that, since I don't know where its been all this time.I note also that the soil in the pot is not as far up as it should be - it should come up to just about where the inner 'ledge' is inside the pot, not half in inch below it, so correct that when you repot. Having the soil surface higher means there's more chance of air movement at the surface.

Regarding watering ongoing, water thoroughly when the surface of the soil feels dry to the touch, but not so dry its shrunken from the sides of the pot (there's evidence of shrinking from the sides in the images above, though perhaps that was deliberate to demonstrate the fungal fuzz).

1
Wilting fittonia
4
Why are my Monstera's leaves turning brown and drooping?
0
What’s going on with my staghorn fern and how do I save it?
1
What is up with my plant?
1
Why does my dragon tree have white spots and brown leaves?
1
Sick Hibiscus Plant
0
Avoid fungus on top soil (indoor plant)
4
How can I help my succulent?
2
Yellow Leaves Calathea Medallion