I have an Allamanda Blanchetii in a 16" container that I'd planned to grow as a vine up one corner of the balcony. Only thing, it's not growing as I'd like it to, which I suspect could be due to planting in container. I'd like to try to grow it as a shrub/bush now, preferably in a 12" container. Am looking for some advice on whether it's risky to transplant/down-pot and hard prune at the same time. It's about a year and half old, has a single vine around 7 feet long.

17th Feb, '18: Just wanted to update, post-pruning the plant started sprouting new growth just below the cut, and later some more further below on the stem, where I'd hoped it would. To let the plant grow for now, I'm just twining the new growth backwards on it's own bare stem. Once these branches are spent, I'll prune the main stem gradually down, by which time the lower growth should be able to support the plant. Eventually hope to reach the height that's optimum here. 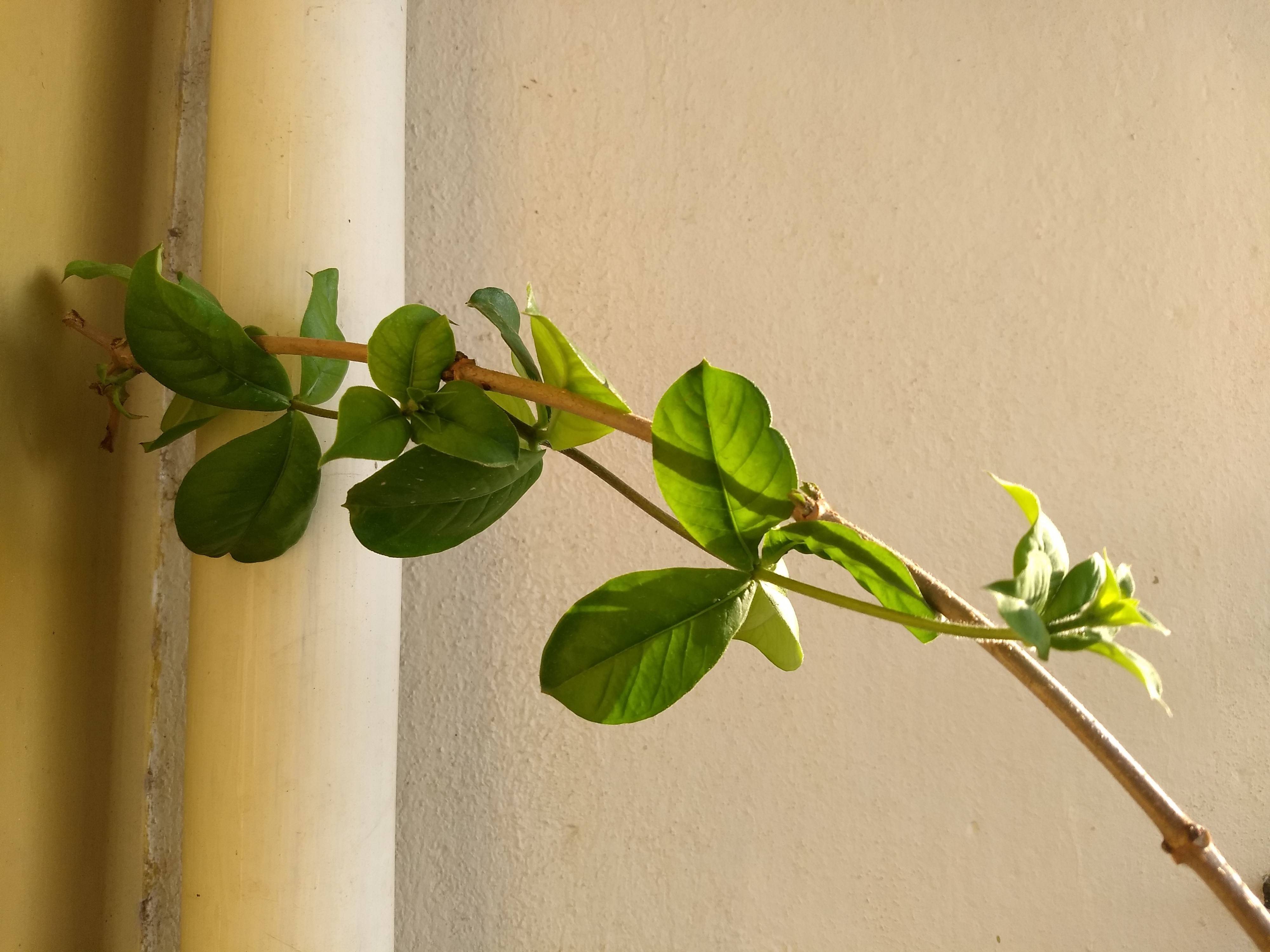 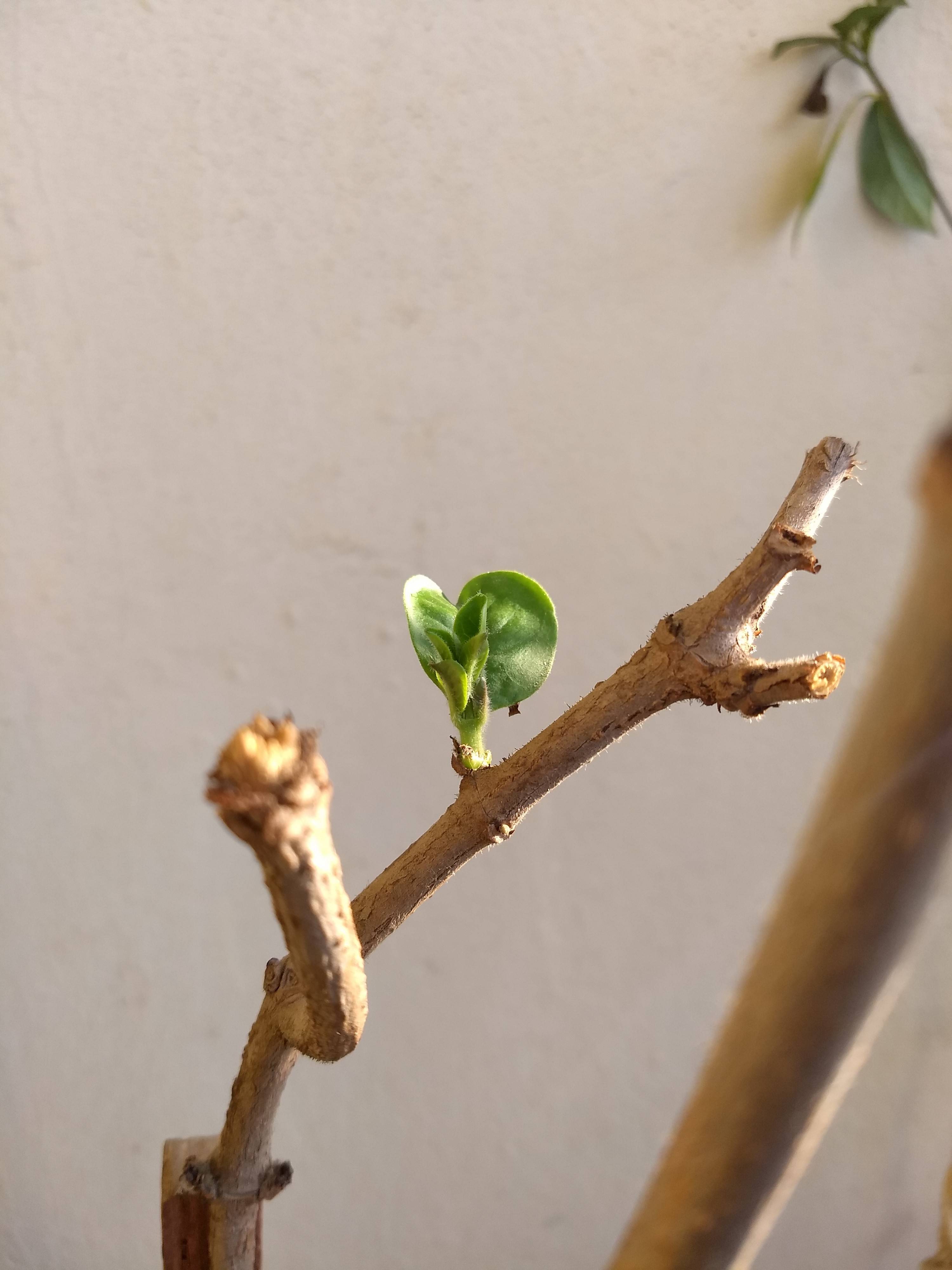 A photo might have been useful, but however, it doesn't sound like you did any pruning to persuade the plant to produce more stems as it grew, so now its produced a single, long stem. These can be grown as a shrub, but the usual way to produce this type of growth is to pinch out tips of stems so that it becomes more bushy.

It seems you've had the plant in the 16 inch container for 18 months - over that time, its possible the roots have filled the pot, which would make it impossible to reduce the pot size down to 12 inches, but the only way you'll know is to turn it out of its current pot and check. Either way, its never a good idea to cramp and squash roots into a smaller container, so it depends on how much root material its made; you may need to keep in in the same size container.

If you're going to prune, the time to do it is spring, as growth begins. Cutting back the single stem you have will mean reduced flowering, and hard pruning of these is not recommended. You should probably restrict pruning to reducing the stem by no more than half, fertilize it and hope that triggers new shoots from the base, more info here (scroll down for pruning) https://plantcaretoday.com/allamanda-plant-care-bush-beauty.html. Pinch out tips on some of the stems if more appear to create a more bushy plant.

11
Can I thin grapes/vines in July?
8
How can I safely prune a melon vine?
7
Should I cut the top of my Schefflera?
3
Should I prune old dead sections of my rose bush while new growth is appearing at the base?
4
Jade tree trunk cut?
2
Best way of pruning Cardinal Creeper
4
Hibiscus problems
5
Why doesn't onion bulb sprout?
1
How & when should I prune this potted olive tree?