Insect - Name of the insect

I clicked the picture of this insect near my plants. Can anyone help me in identifying this insect. 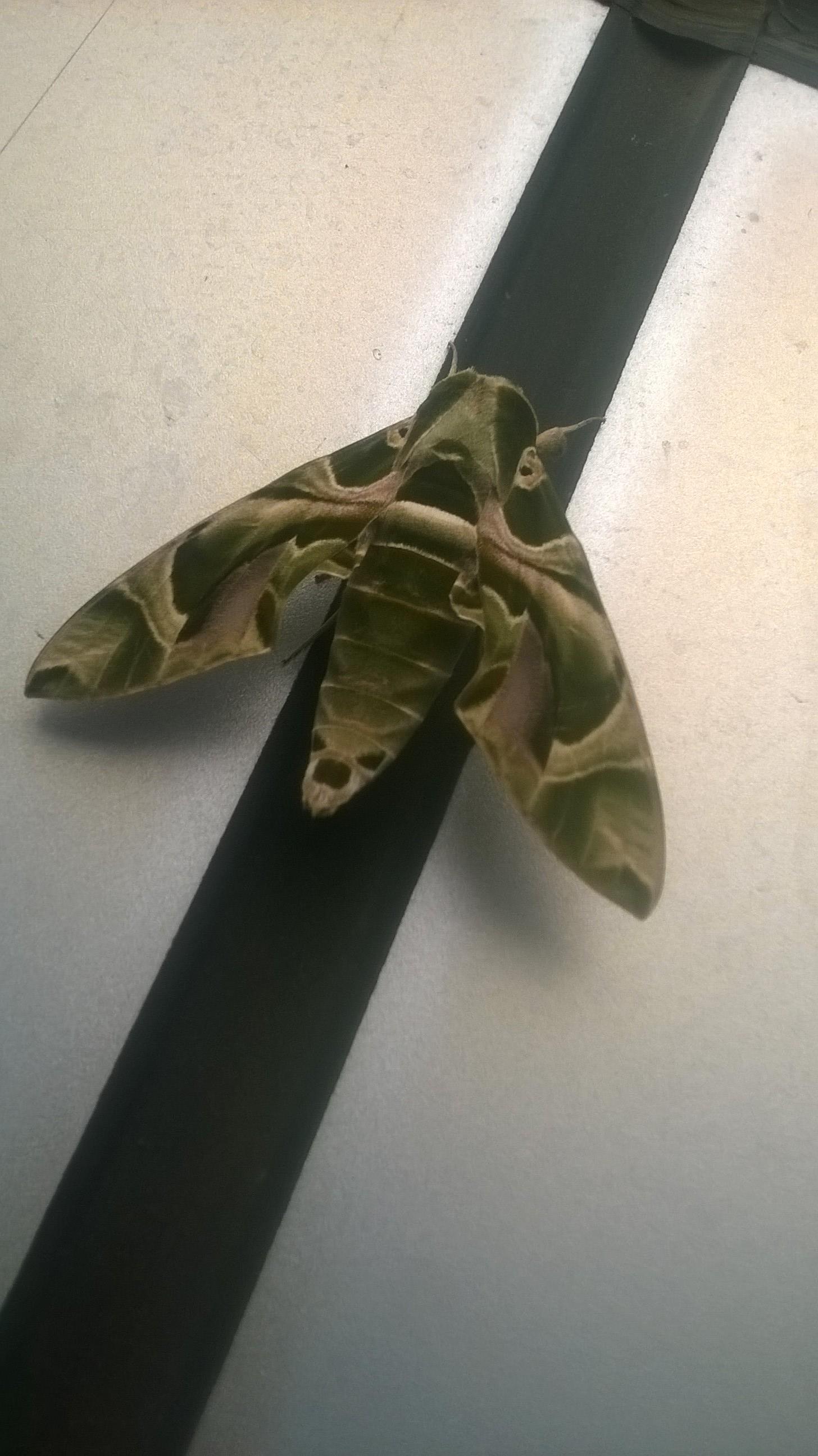 Knowing where you are in the world would be useful, but this is likely one of the Hawk Moths; the one it most closely resembles is the Oleander Hawk Moth, which is a rare visitor to the UK - images variously display it as looking more brown or more green, but always with pinkish tinges, which I can't really tell are there in your photograph https://www.ukmoths.org.uk/species/daphnis-nerii/

Its larvae, or caterpillars, do feed on Oleander, but whether you would have the larvae in your country of residence isn't possible to say, since you don't say where you are.

UPDATE - I don't know if you've changed the image or tinkered with the original one, but whatever has happened, it makes the ID of Oleander Hawk Moth definite.

Not the answer you're looking for? Browse other questions tagged insects butterflies or ask your own question.

12
What kind of black and yellow insect has a zebra like pattern?
9
What is this little insect larvae on my cucumbers?
2
What are these beetles/spiders on my Sambuca plant?
4
Strange brown winged insect on nectarine
7
Is this a pest moth or friendly butterfly?
2
Insect Identification: What's this insect
2
What is this all-white insect?
2
What insect is it? It always attacks indoor plant and annoying!
2
What insect is eating my beet greens?