I bought Abies koreana molli tree (25 cm high) 3 month ago. Im keeping it in my flat at the balcony door (so it shoudl have enough light). Temperature in my flat is constantly at 18-20 degress of Celsius.

1 month ago, I discovered that lower branches were attacked by Tetranychus mite - I sprayed it with spcialized pesticied that was intended to kill these. It killed mites succesfully, but needles from lower branches started to fall of (because they were damaged too much by the mites).

I though that the tree will regenerate and everything will be fine, but problem is, that currently, almost all the needles are slowly falling of (they either slowly turn brown or fall of even while green after I gently touch them).

I examined the tree again and found out, that some of the needles on few branches have green-brownish areas (first photo) on them and also little brown "protrusions" at the middle axis of the needle (Second photo and third). 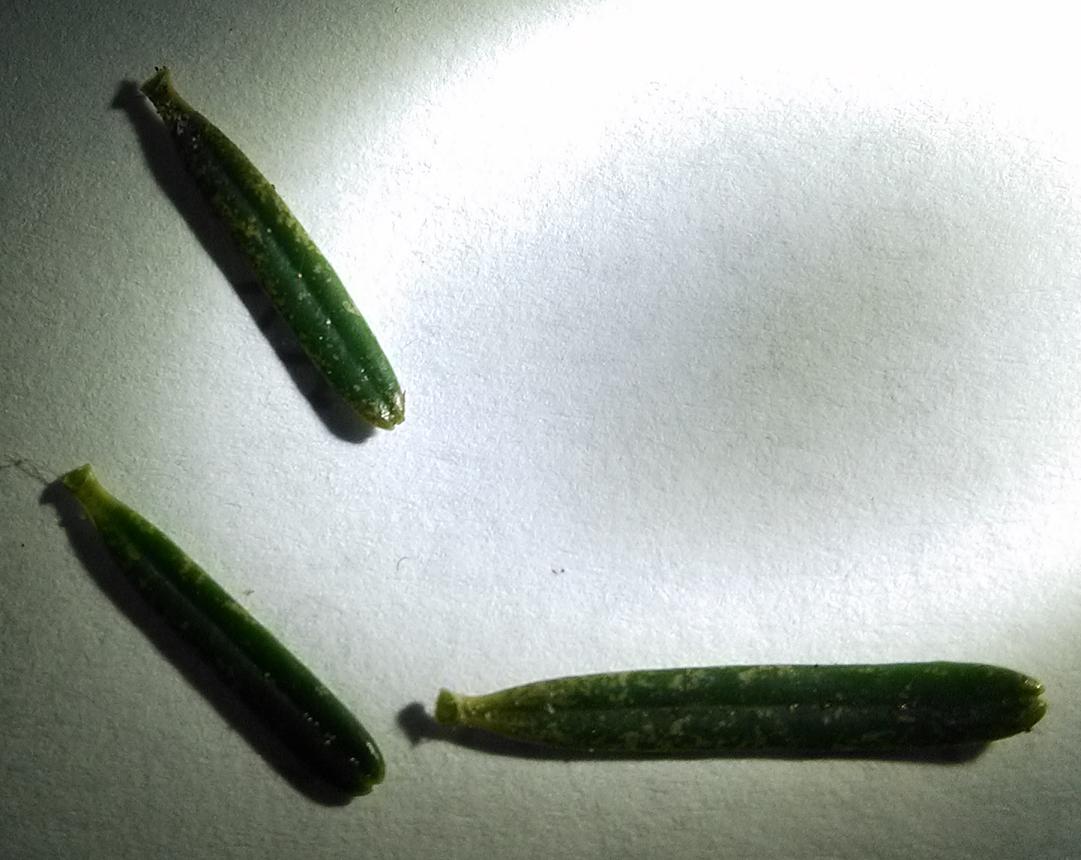 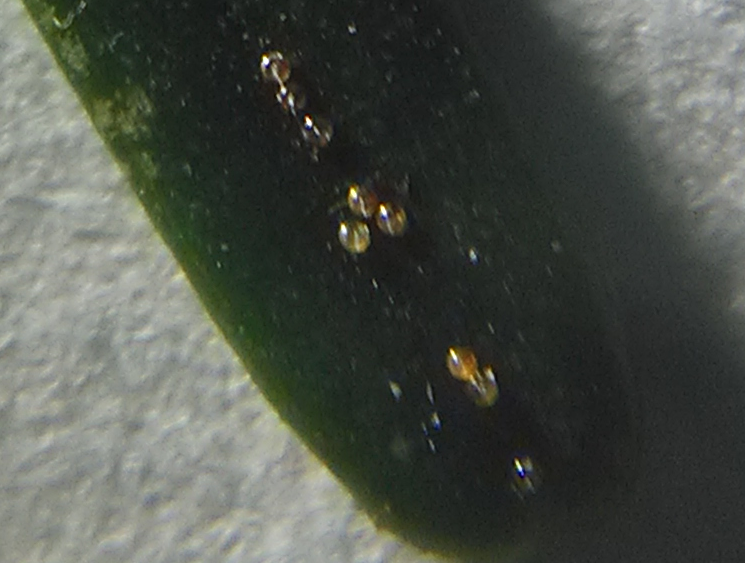 Is this some kind of disease? Can it be cured? I searched other forums and tried to compared images with some other diseases, but found nothing.

This plant needs to be outdoors, not inside, and whilst I understand your worry about sudden exposure to cold, I'm not convinced it will survive a winter indoors. They are hardy down to -29 deg C, but not in a pot - if you want to keep it in a pot, then you may need to insulate the pot to stop it freezing if your temperatures fall to below freezing day and night for longer than 5-7 days.

As its been inside, you will need to harden it off, which isn't going to be easy at this time of year. If you have a structure outdoors, such as a shed or greenhouse or even a garage, stand it in there for an hour or two in the middle of the day,bringing it back inside after that, and extend the time period you leave it there gradually over a week, then move it outdoors and remove to either an unheated room or a greenhouse or something similar overnight for a few nights, increasing its exposure outdoors very gradually. If you don't have a greenhouse or outdoor structure, then put it out in a sheltered, sunny spot (if there is one) for its hour or two, and continue on as described. If your outdoor structure is a garage or a shed, take care - these can often be colder than actually being in the open, particularly overnight/early morning.

t'll take easily a month to harden it off gradually, but most of the problems it has will disappear once its outside permanently - these plants are not troubled by many pests when grown outside. If you have a cool room in the house, or even better, an unheated room, start by standing it in there, and remove it to there from the garden instead of into a warm room.

You may, sadly, find that all the needles fall off anyway, because there's too much damage - bear in mind that conifers do not regrow from dead, brown branches, though they may continue to grow elsewhere - the branches with dead needles may grow at the tips, but what's bare of needles will always remain so.

16
How to treat a succulent with holes in its leaves?
10
Jade: Can I repot and/or take cuttings?
4
What is causing yellow spots with 'hair growth' on the underside of the leaves on my tree?
5
What's wrong with this Photinia fraseri tree?
5
What is wrong with this magnolia?
6
Hydroponic Lychee tree suffering from brown leaf tips! Help!
6
What is causing the tip to brown and die on my Norway Spruce?
1
Only the lowest branches of my Pine tree is turning brown and their needles are falling off: why it happened and how to avoid it
5
Is this tree dead or dying?