What is eating the leaves of my rubber plant?

They were fine few days ago, now these almost transparent patches exist on the leaves. I inspected the leaves, and there is no bug I can see. But they look like they got chewed by some small insect. What is this and how should I avoid this? 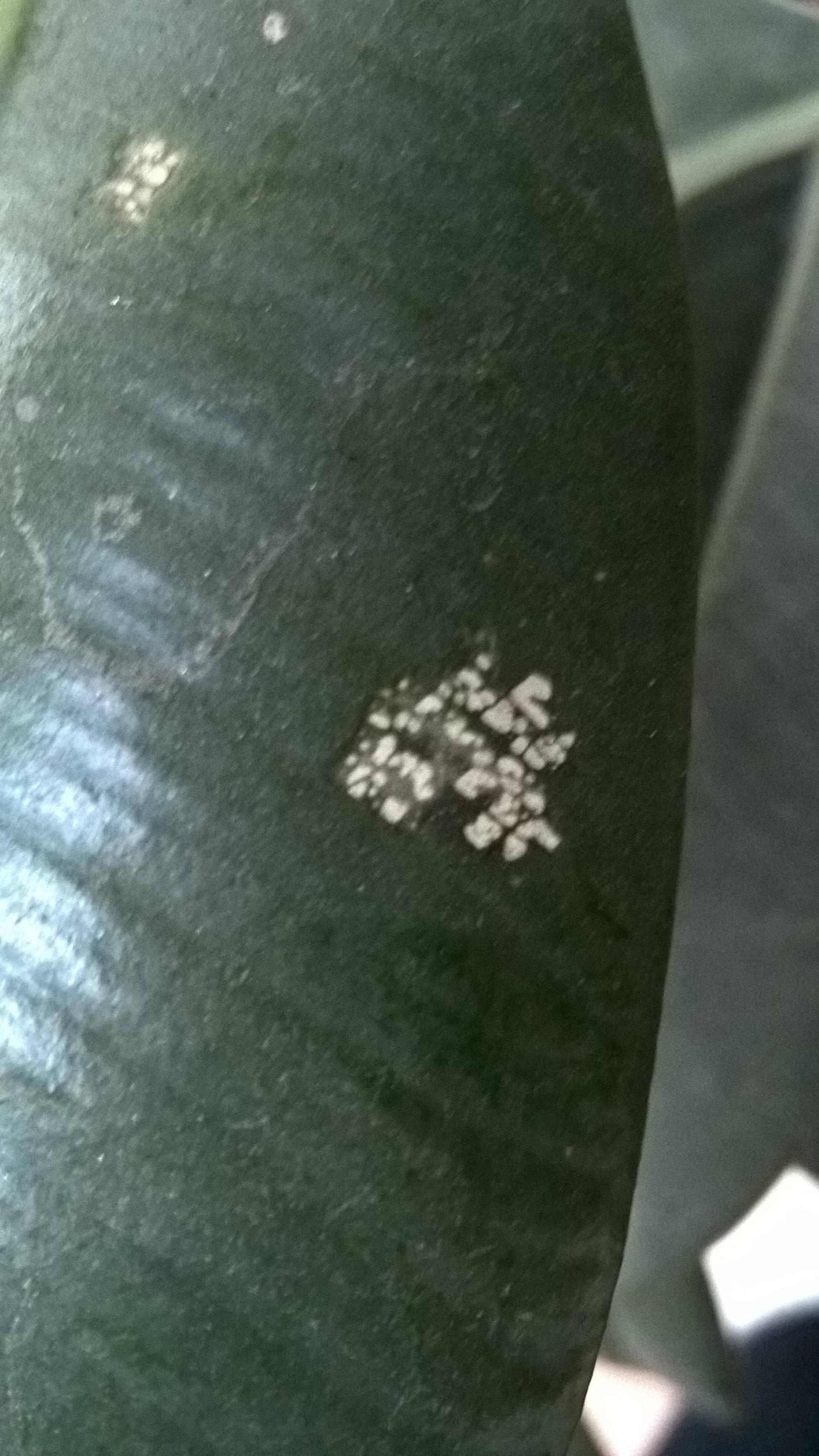 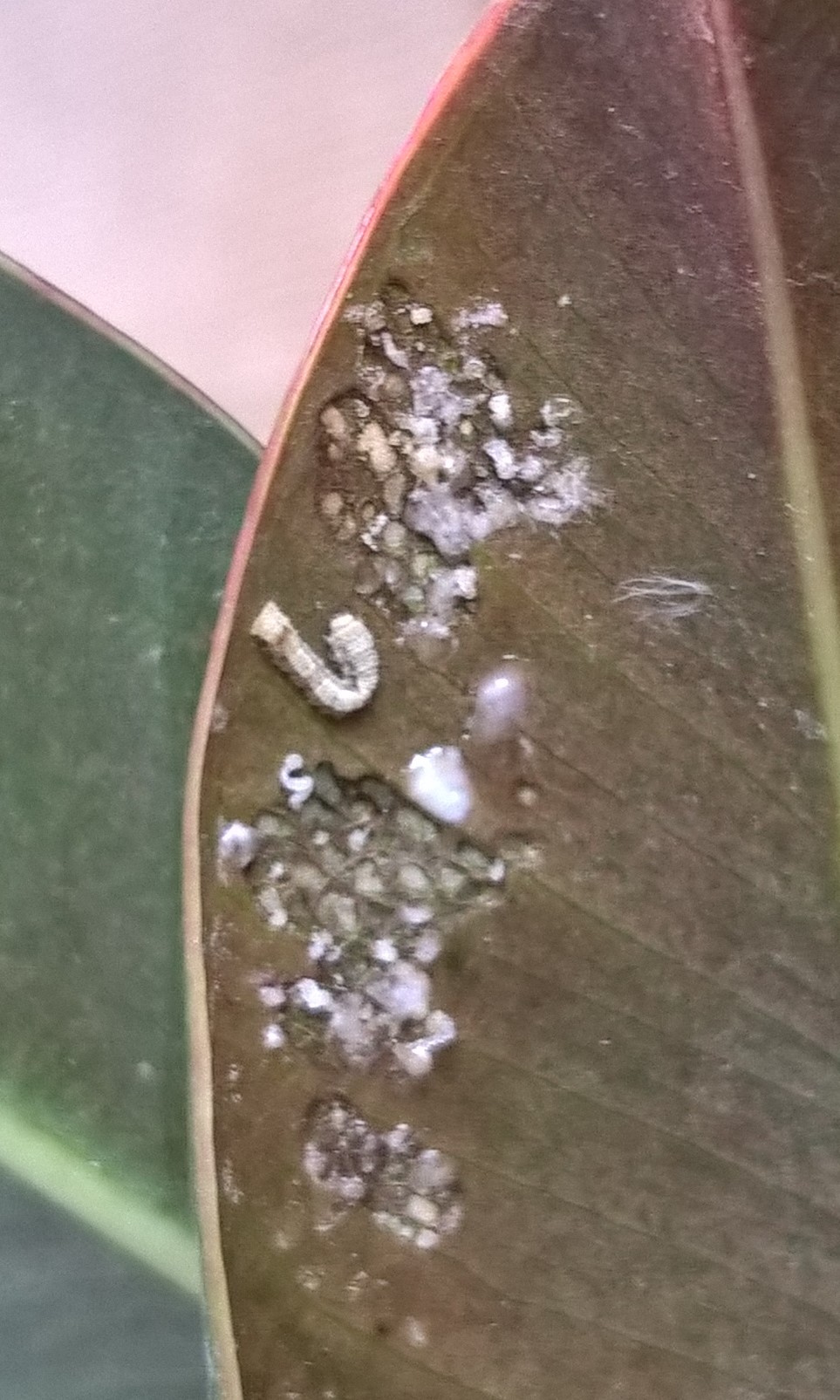 EDIT: For some reason, I am unable to upload more than 1 picture a day.

@4-K Where is this plant? Indoors? Patio? What soil did you use again? Potting soil with organic stuff (not sterilized) mixed in? This is definitely a leaf miner. If the parent was a fly or wasp or moth, you don't have to worry. It won't be getting worse. If it was a beetle that lives in the soil who came up to lay its eggs in your leaves then we have a problem. Otherwise, mommy flew in spent a few minutes injecting the leaves with a few eggs then flew off. This is normal for potted plants that live out on a covered patio. If indoors 100 percent of the time it just takes one fly...

Those larva that hatched will soon turn into a pupa and then an adult and fly away. If you could hold up a few more leaves so they are back lit you might be able to see if there are more eggs hatching, larva eating.

There are beetles that plant their eggs in the epidermis as well. 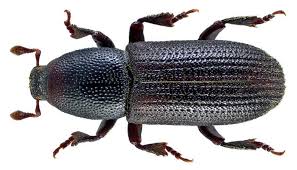 This beetle actually flies. Opens the armored shields and underneath are wings. Sorry, I am so entranced with insects...if the qualifications of intelligence were the ability to adapt and survive and work as one organism for the good of the group; well, insects would be the most intelligent Family under the Animal Kingdom. I think plants are even more 'intelligent' as they have been here even longer. Always the first to colonize a new niche.

So, if there are beetle adults in that soil we need to change the soil. Easiest. There won't be but one or two in that soil. Wish I knew WHAT leaf miner this was but I'd need to know the environment, zone and what you put in your 'potting soil' that is great stuff. You might have put a beetle or two in your soil with the 'organic matter', they came out and laid eggs in the leaves or worse those eggs were deposited by a fly or wasp or moth leaf miner and you might have a beetle that lays its eggs at the roots. Those larva eat the roots and you won't know it until the plant just falls over. Not saying you have just one problem. When you use unsterilized soil, compost, organics or other amendments, so many little things could be in that soil. Unlike the soil out of doors in the garden that comes with checks and balances, potting soil will never have natural checks and balances. That is why all of the soil growing plants in pots is sterilized. You do have to add chemistry, a balanced fertilizer. Not a lot but no soil comes with the chemistry to do photosynthesis. (Unless you purchased potting soil with added fertilizers and that is important to know). If there are a few elements in that soil, one needs to know what and how much of those elements there are before deciding on the proper formulation and amount of fertilizer to add.

Maybe someone will be able to identify which leaf miner this is. I wouldn't do anything right now other than keep watching, poke around in your soil, go look at your plant in the middle of the night with a flash light. Silly me would try to 'raise' that larva on the leaf by putting a piece of leaf and handful of soil in a jar with cheese cloth as a lid. Keep it on the window sill where it will not be touched directly by the sun. It might form a chrysalis like a cocoon and then the adult fly or moth will step out perfectly formed.

Not the answer you're looking for? Browse other questions tagged diagnosis diseases pests or ask your own question.

4
Bugs eating my yellow bell pepper
8
What happened? - Chilli plants are developing spots on leaves and the edges are curling
10
What is damaging my pepper plant?
1
Help - kentia palm dying
3
Is this Viburnum Leaf Beetle?
1
(NW Indiana) Yellow pumpkin stems and leaves
1
What is the most likely problem with my hot pepper plants?