Advice please on what may have caused this large chunk to be taken from my specimen of Zamia fischeri? 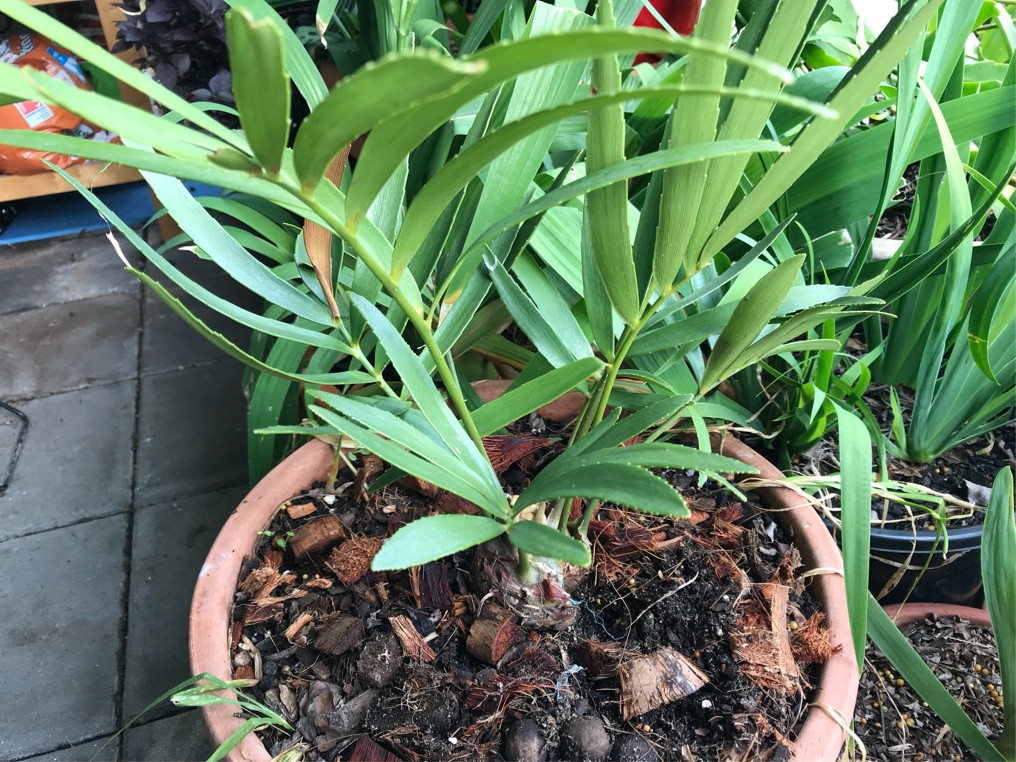 The plant was purchased about six months ago and I recently (three or four weeks ago) repotted it into the current, larger pot. It has settled in well and has begun to produce new leaves from its crown.

Only today did I notice the large chunk from its caudex.

It’s baffling me, as I am usually quite attentive and would expect to notice this when repotting the plant.

It appears to have “healed” over, so there is no raw or new damage. 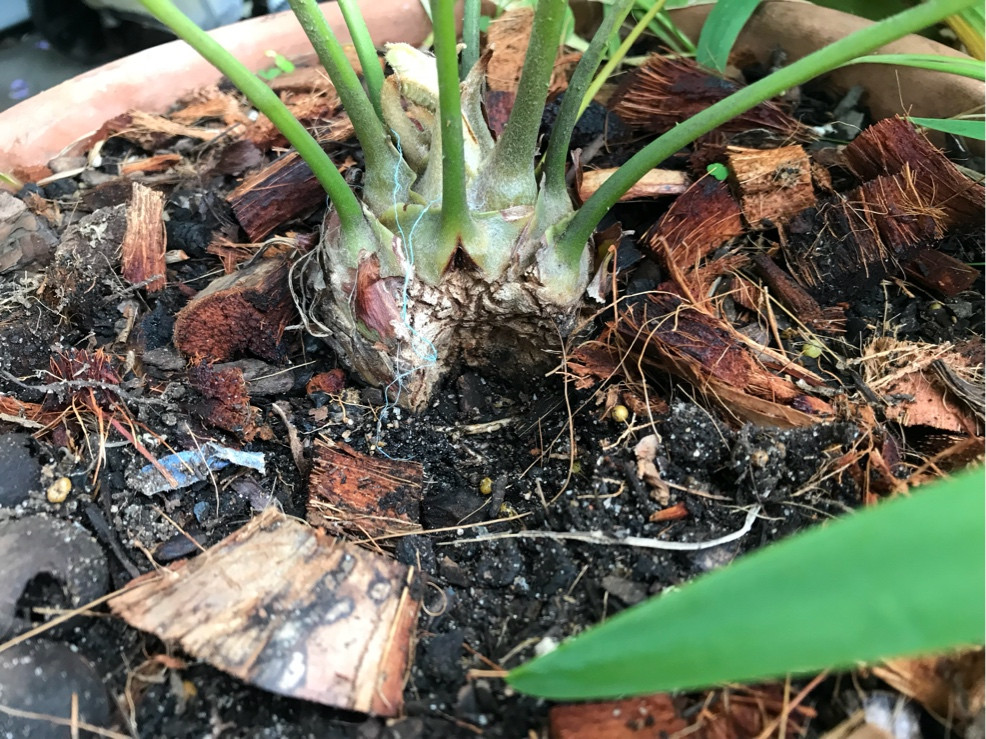 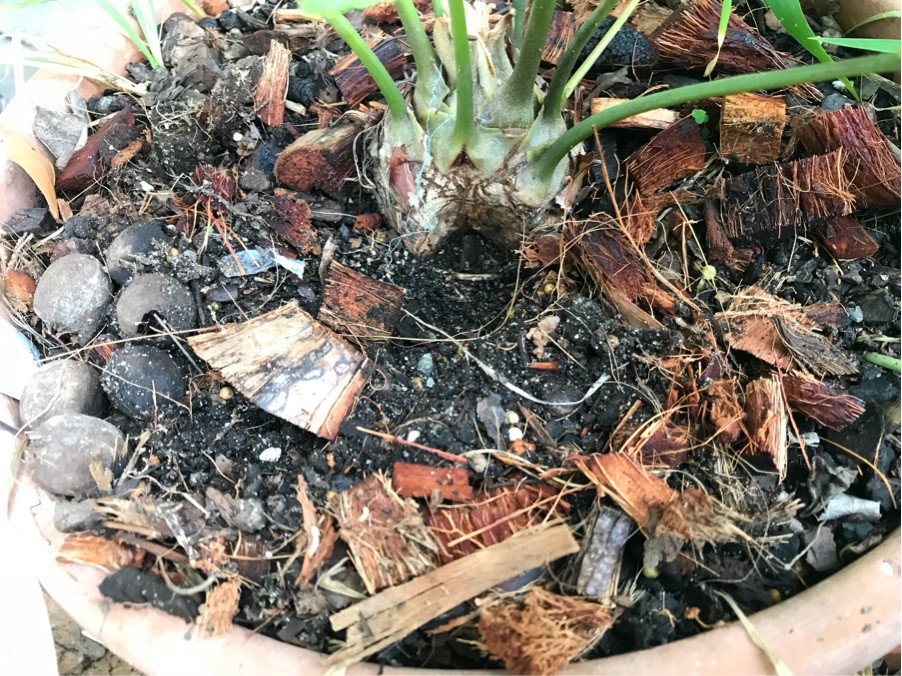 I have read these articles on the internet:

Any thoughts or advice greatly appreciated.

Cycads are known for their growth in spurts. That is, growth of the crown slows to a crawl in dry or cool periods and then suddenly speeds up when resources are restored. This damage looks more like a vertical split as a result of a very dry spell followed by availability of water. A tight crown suddenly has more moisture than it can handle and splits vertically. All the roots remain attached in their places and leaf tissues are where they should be, except that a gap has appeared on one side of the crown to accommodate suddenly turgid cells.

In this article on Zamia there is a discussion of vertical splitting.

To distinguish a simple split from a chew we could examine how far the wound progresses into the crown; if it ends at a sharp angle then it is unlikely to be a chew unless the chewer has a very pointed snout. Note the base of one of the leaves shows such a sharp split.

The remaining issue is whether the growth habit of the cycad will fill in the gap. We know that less primitive plants such as maple trees will form callus tissue around obstructions but the same ability might not apply to a primitive plant such as a cycad. It would be interesting to see this plant as it is today.

So I’ve finally determined the cause of the wound...

At the conclusion of our last winter, about 5-6 months ago, the plant appeared to die. All existing growth perished, the dried leaves fell off the stems, the stems withered, and the plant appeared lifeless. The caudex remained firm, so I held out some small hope that the plant may recover.

This growing season, the plant did recover. And in spectacular manner.

I now have two Zamia fischerii. Primary growth appeared from the centre of the caudex, and a pup appeared to the side. The pup appears to be growing with the same strength as the parent. The pup is not separate, but is growing from the same caudex. I’ll update this post soon with a photo to illustrate this description.

The precise circular nature of the old wound (that remains to this day) provides me with the clue. My assessment is that this plant has produced a pup before, and the previous owner / nursery used some type of circular core hole drill to remove the pup and grow it on separately. What remained was the circular wound.

While I admit the plant has not returned to its previous vigour, I suggest that is due to a lower level of human care and the energy expended in production of this strong new caudex. I expect vigour to return this coming growing season. 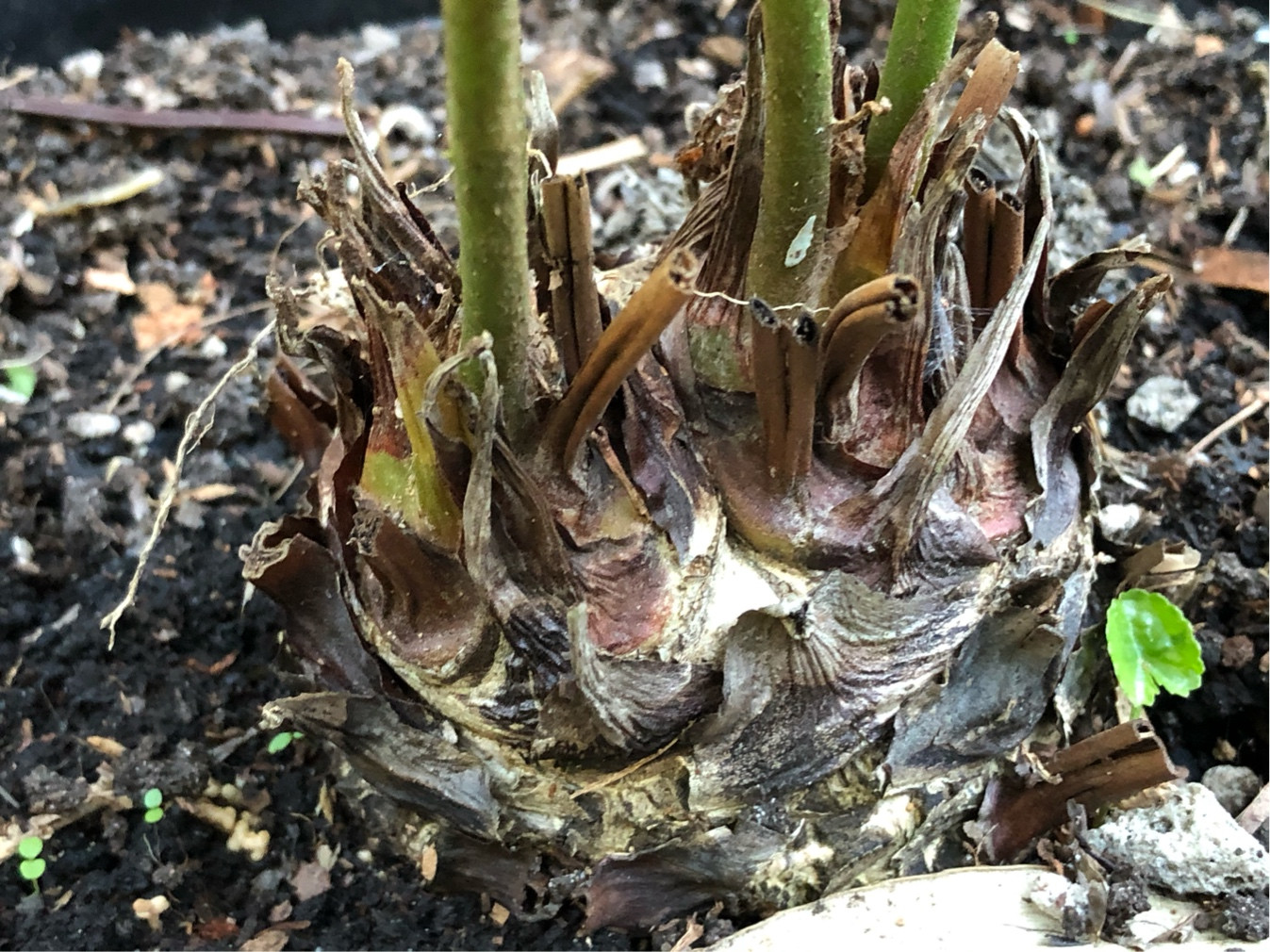 Not the answer you're looking for? Browse other questions tagged diagnosis plant-health plant-care damage cycad or ask your own question.

2
How to save Jade Plant (Crassula ovata) from dropping more leaves?