Do I remove the garlic flower?

I've never grown elephant garlic before which I believe is closer to a leek than garlic. Anyway, it looks like it wants to flower so should I snip it off? Or should I let it flower, collect the seeds and try growing from seeds? 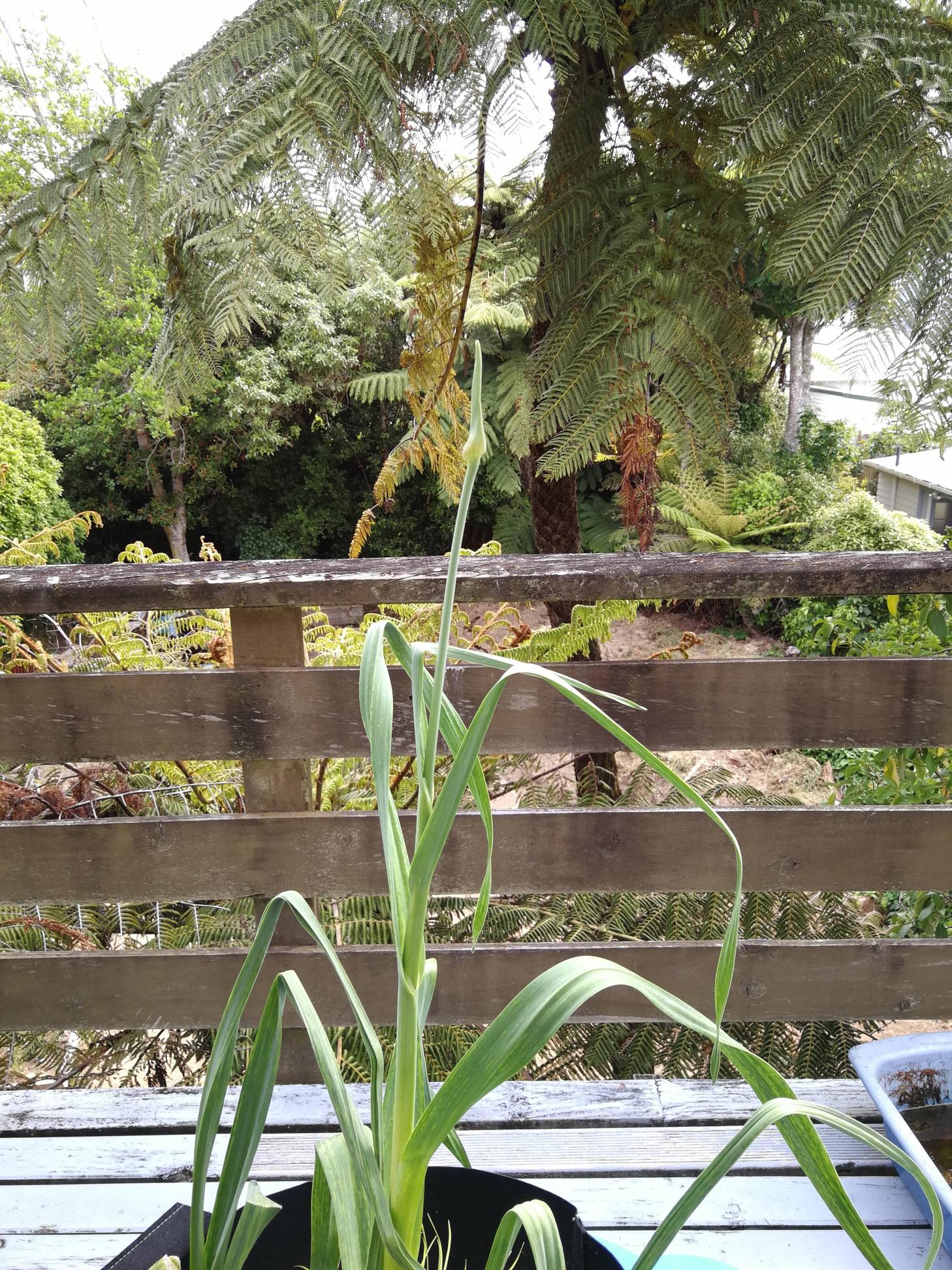 With regular garlic, you would cut it off at a certain point if you wanted bigger bulbs in the ground, or leave it on if you want bulbils/bulblets to form. FYI: You can eat garlic scapes (they're tasty).

Unlike most garlic, leeks produce true seed (so for leeks, you would leave the flower and scape on if you wanted seeds).

Elephant garlic, though more closely related to leeks, according to a Dave's Garden reviewer it doesn't produce true seed, but it does produce bulbils/bulblets. So, you can pretend it's regular garlic with regard to bulbils.

I read in other gardener reviews on the same site that elephant garlic doesn't produce a head of cloves the first year (but rather just one bulb). The head is supposed to come the second year (although I wouldn't be surprised if it came the first year for some people, since I didn't get the impression everyone had to wait, whether or not they did). So, if you want lots of plants, I would let the bulbils grow, and plant those (save them the first year, anyway; it should get a full head of cloves on the original plant the second year: so, if it's like regular garlic, you could take the scape off to get bigger cloves).

This site says that elephant garlic scapes can be removed when they are tender (prior to blooming), and the plant can put more energy into larger bulbs.

The site also says that you don't need to separate the bulbs every year. They should just keep growing more until overcrowding occurs.

Not the answer you're looking for? Browse other questions tagged container-gardening bulbs garlic or ask your own question.

3
Is it okay to line the top of a container with plastic to hold water inside?
8
How does the head of a garlic compare to its stem?
4
How should I prepare garlic bulbs prior to planting?
2
Dwarf Tamarillo Pruning and Care
3
Can I plant garlic in the spring?
3
Planting immature garlic
1
I don’t know what’s happening to my opuntia, can you help me?
5
Will a periwinkle plant regrow leaves on bare branches?
2
Chrysanthemum blooms partially deformed and colors faded
2
Global warming is real... My bulbs are dying