I have a maple at the front of my house, getting mostly the morning sun and also relatively close to the house. So I don't think it's getting burnt, however, it does have a black/burnt look at the tips of various branches. I don't know what type of maple it is, but attached photos are hopefully useful. I'm wondering what I can do about this and if I should cut off affected branch tips or even full branches? 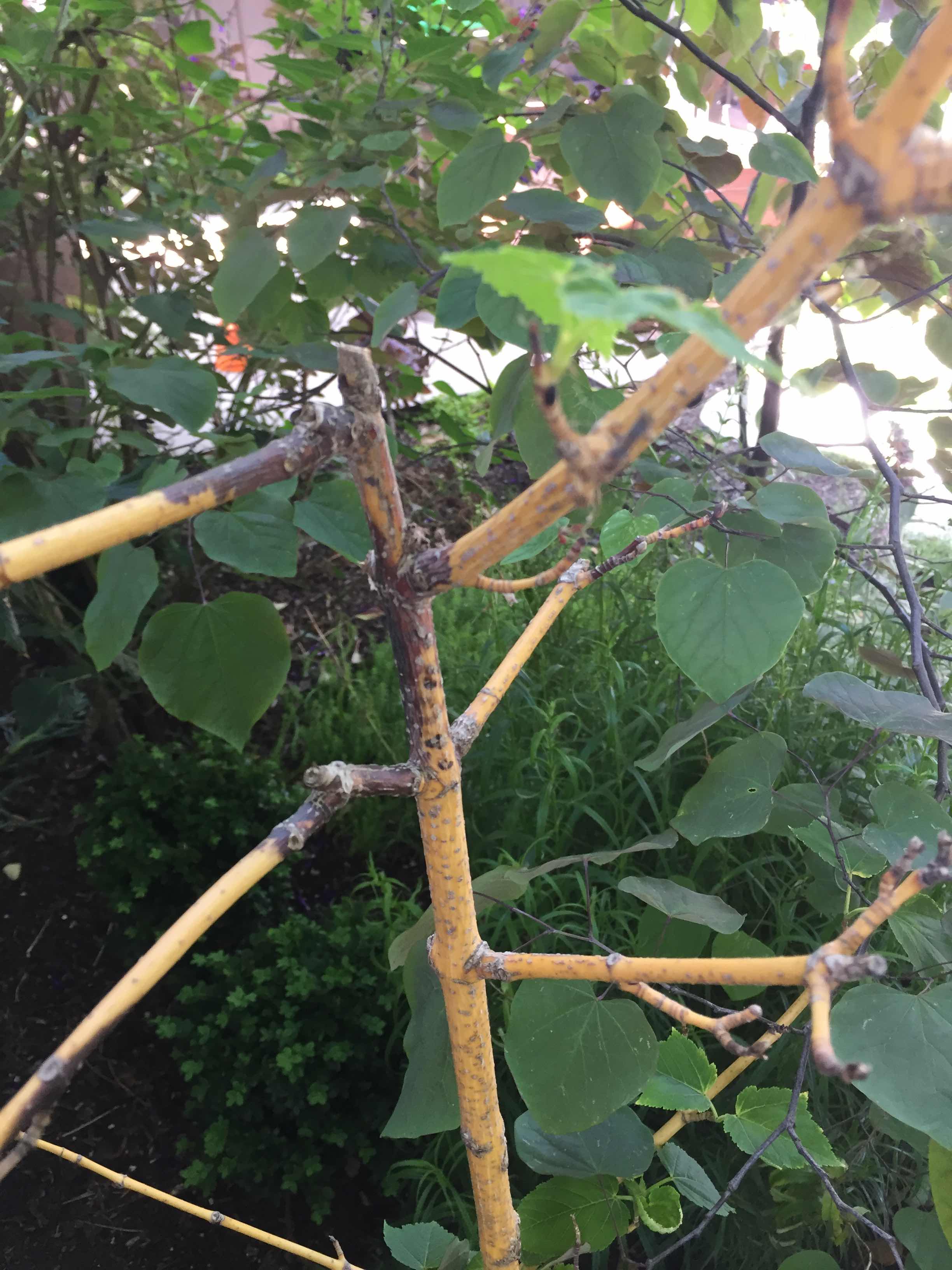 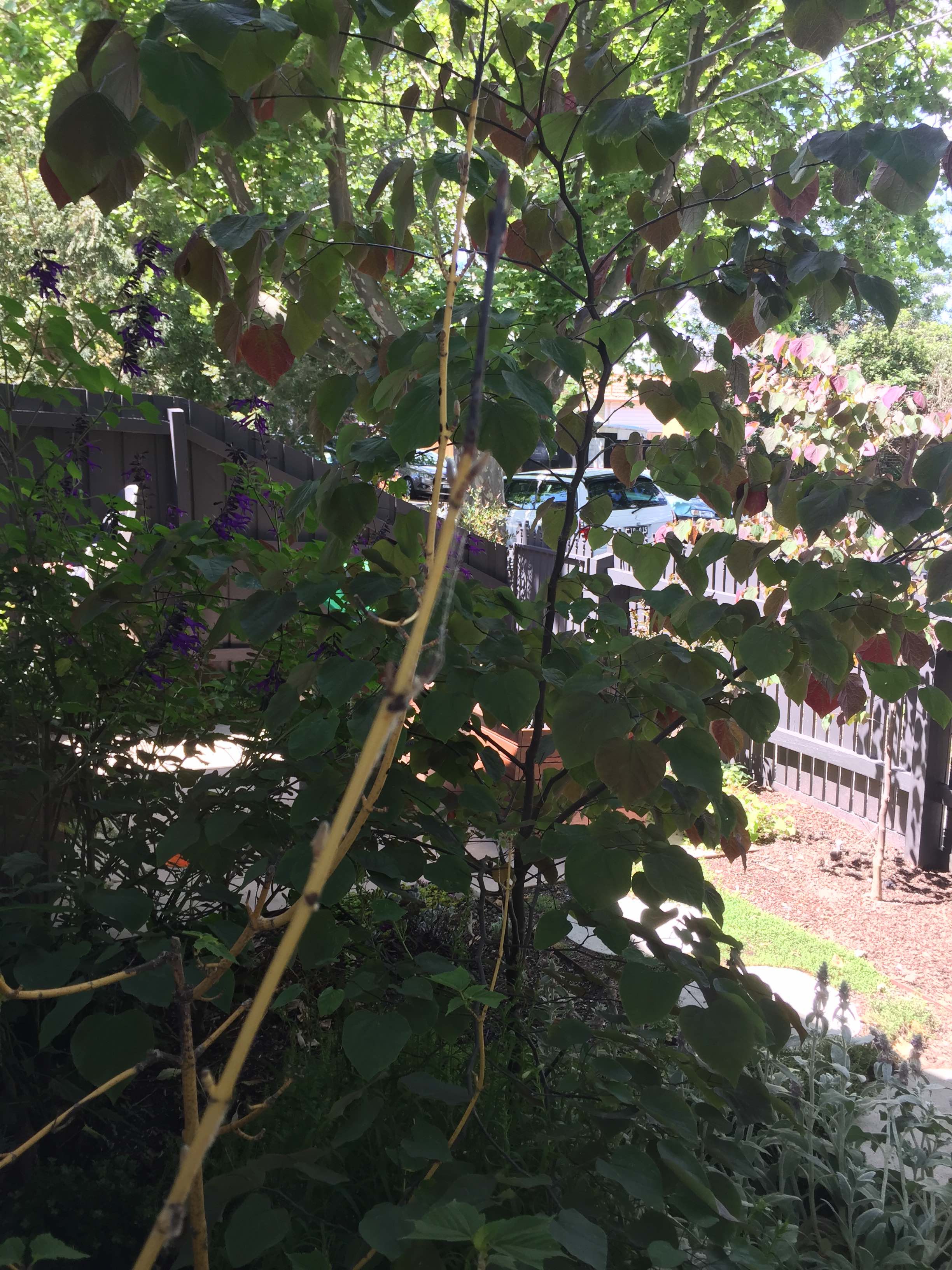 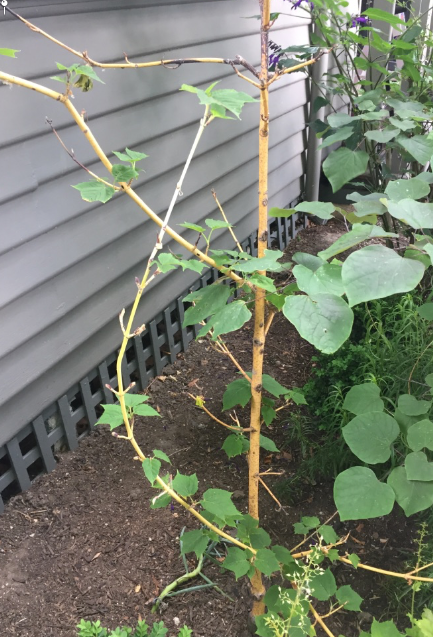 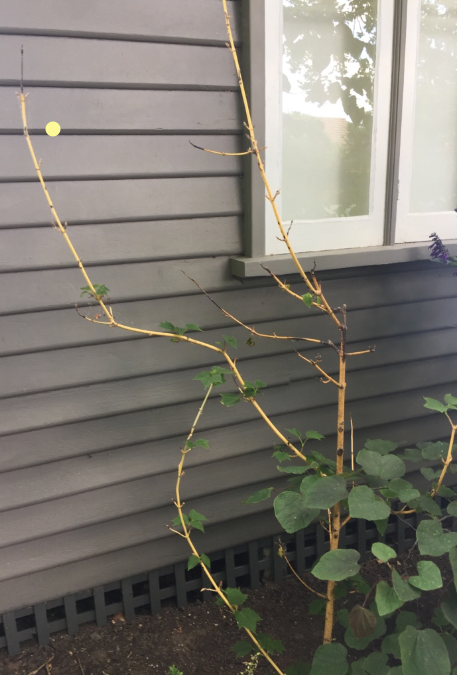 You have Cercis canadensis. Red Bud. Wonderful tree. The yellow branch thing is dead or it is a coral bark maple or a yellow twig dogwood gone deciduous. That should be taken out of the area to allow room for your Red Bud the small tree in the back of the picture. Please send more pictures, primarily of whatever is healthy on the yellow twigged plant. What is the tree that is shading the area?

Red Bud is an understory tree in nature, dealing well with partial shade. Maple leaves are like fingers usually with sharp lobes and seeds that are distinctive having 'wings'. What ever you do do not use pruners without cleaning before and after and in between different plants with alcohol. The yellow twig thing looks very very suspicious for disease.

I can't tell which variety of Acer that might have been originally - I can see it's putting out some new leaves, but the blackened areas on the stems suggest fungal infection - maybe Verticillium wilt or Pseudomonas, though the former is more common on Japanese Acers, and the latter in areas where the soil is frequently damp.

It doesn't look as if it's been planted in a great spot - it's covered and crowded out by the plant next to it, and somewhat too close to the structure behind (fence? shed?), which reduces air flow and light. I think at this stage, it's not looking hopeful unfortunately; you can either just remove it completely,roots and all, or try cutting it down closer to the base, where there's maybe a healthy branch or two with leaves, but it looks like there's blackening of the central stem very near the base, so it may be the plant simply doesn't recover and dies completely anyway. If you decide to give it a second chance by cutting it back, prune back the growth next to it to give it more light and air.

Not the answer you're looking for? Browse other questions tagged trees diseases pruning maple or ask your own question.

12
How can I love a Silver Maple?
5
Pruning overgrown pear tree
5
Was removal of an old red maple tree warranted?
7
Japanese Maple Care after years of neglect
8
How to reduce the growth of moss on the ground and on the tree?
6
Does anyone know what the name of this tree is?
2
How do I prune the broken branches of my plum tree?
2
What kind of tree is this, and is the white "powder" on some leaves mean it's diseased?
4
How to treat black stem-tips and leaf-veins in Mango?