My water lettuce are dying as seen in this picture: 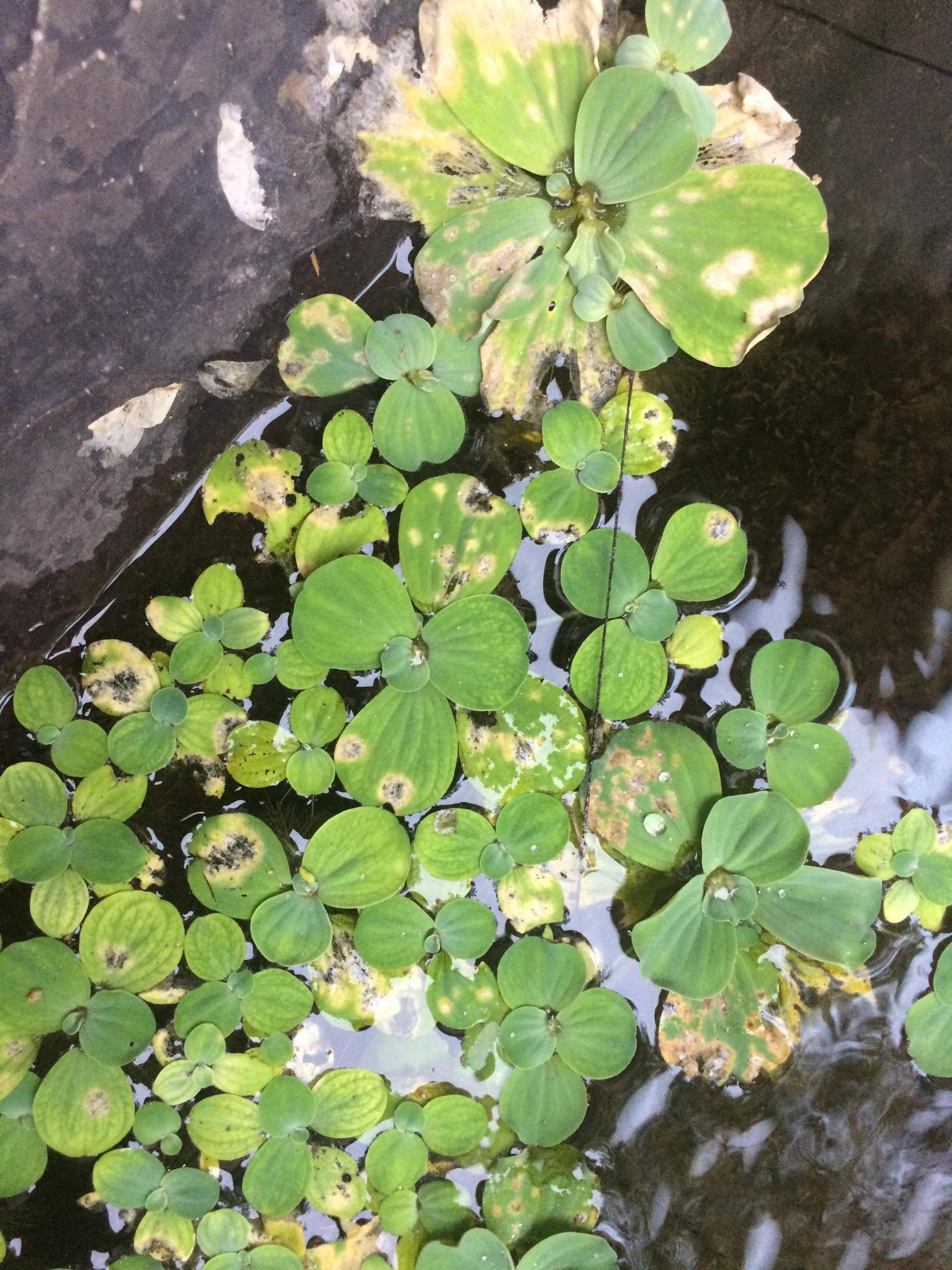 It is in my pond and I have had around 2 sq meters of lettuce. It was growing rapidly but recently it has developed these symptoms and is dying.

I have added salt to the pond few weeks ago, could that be the cause? Or my filter is making the water move fast?

This is insect damage of some kind the physical evidence for this is overwhelming...notice how certain parts of the leaves look as if a large semi circular mouth has taken a bite what this actually is is the mechanical damage of an insects feeding habits,taking tiny bites all the way across the leaf from edge to edge until the unsupported portion of the leaf falls away.

I could be wrong but it looks as if you’ve more than one type. Other damage looks more indicative of a leaf boring type insect but this could also be diseased plants which can actually be contracted by plant pest insects but my money is on insect damage.

Careful though, a fine line exists between a liberal dose to encourage growth in plants struggling back to health and an algae explosion that will be a much bigger problem.

The aquarium salt is not a problem so long as you don’t add any more. It’s not filtered out and can only be decreased by removing a quantity of water and replacing it with fresh. It will eventually dissipate on its on.

Every fish you mentioned will benefit from a small amount of salt in their water. Every now and then it will not harm them in the slightest as long as you follow instructions on labeling to the letter. Check to see what kind of tolerance the water lettuce has and at what specific gravity salt because problematic for the plant. Salt is sodium is on the nutrient list that planst need at least tiny amounts of for total overall health.

I have a 125 gallon soft shell turtle set up with duckweed,frogbit salvinia and water lettuce and it’s is salted regularly and the plants do just fine. I fish out a couple of large nets full every two weeks or so because the growth is unbelievably prolific. Not saying the salt is the cause at all probably turtle poop...and extra fertilizer...but they do excellent even with the salt in the water. It’s barely measurable with a hydra meter if you do it right.

Upon closer examination of your photo a small insect is actually visible in amongst the water lettuce. It looks like an aqua beetle of some kind but maybe just dead terrestrial insect that stumbled into the pond. Sample any and all insects you find in pond to identify them you can incorporate appropriate control measures.

I have grown water lettuce. Usually it is exceptionally prolific ( Illegal to deliberately grow it most anywhere in the USA ). I believe it is some kind of bug damage , mine looks very similar but I can't see what is damaging it, so I don't have an answer. Try growing some in an aquarium where you can monitor it closely. I presently have no water movement so that is not the problem.

Not the answer you're looking for? Browse other questions tagged plant-health water or ask your own question.

12
Venus flytrap/Dionaea muscipula doesn't grow traps anymore
1
Why are the leaves of my peach trees turning yellow?
4
Young avocado plant has brown spots spreading on leaves
5
Okra will not produce pods
3
Chrysanthemum flowers and buds turning brown and dying, leaves wilting and getting brown spots
3
Why are my Golden Empire Bidens dying?
1
Is my kalanchoe dying?
2
How to remove alkalinity (calcium carbonate) in water?
0
What am I doing wrong with my camelia?