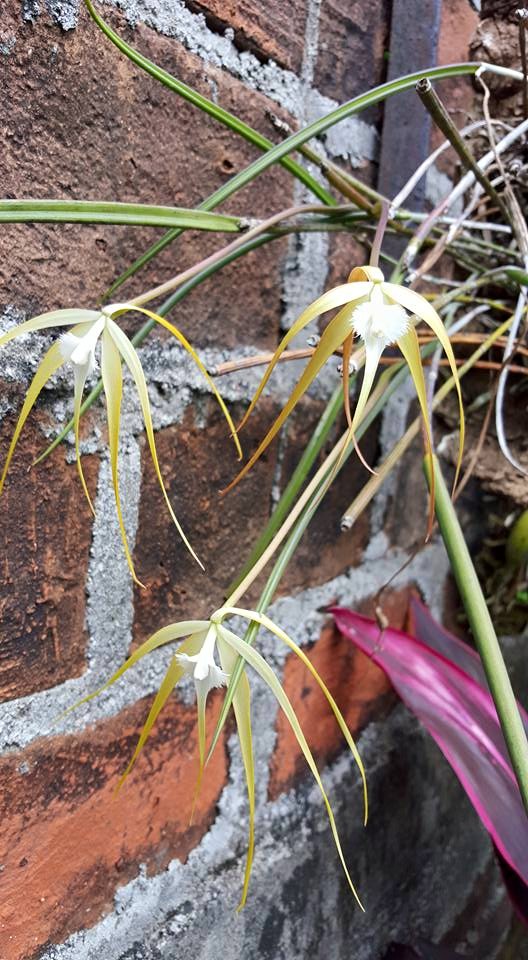 Does anyone know what kind of flower this is? Thanks

It is an orchid - Brassavola cucullata

Here is a short article from the American Orchid Society, copied below in case the link fails at some time in the future...

Weird and wonderful, Brassavola cucullata will add a conversation piece to any collection of orchids. Visitors often comment, "that's an orchid?". B. cucullata is the type species for the genus, yet unique with its fringed lip with its long, tapered tip. The species passed through several genera since it was first known as Helleborine floribus albis, cucullatis Plum. (1703) based on a drawing of a plant from Haiti. In 1813 this species was used by R. Brown to establish the genus Brassavola.

This orchid can be found in the West Indies, Mexico, Central America and Colombia, Trinidad, Guyana and Venezuela. As might be expected with such a widely distributed species, it can be adapted to a wide range of cultural environments and generally, is easy to grow. One would also expect such a widely distributed species to display considerable variation in flowers. Surprisingly B. cucullata produces relatively consistent flowers regardless of where the plants originate from. The biggest difference one sees from plant to plant is in the color of the flowers. Although generally concolor white, flowers can have more or less golden petals and sepals and I have seen some examples that have almost reddish flowers. I suspect that these colorful variations might be as much due to cultural factors as genetics because the same plant can produce white flowers one year, and golden ones the next. In any event, there is usually more color on the outside surfaces of the flowers than the insides and the color tends to darken as the flowers age.

It looks like an orchid to me. Can't be more specific, but I saw similar plants in the Chicago's Lincoln Conservatory a couple of months ago in their Orchid room.