Leaves of my peace lily are turning black starting from a brown tip. I water them once in 6 days unless water comes out of drainage hole, temperature is consistent on more or less 35° C . Humidity is arourn 35% . What wrong i am doing? 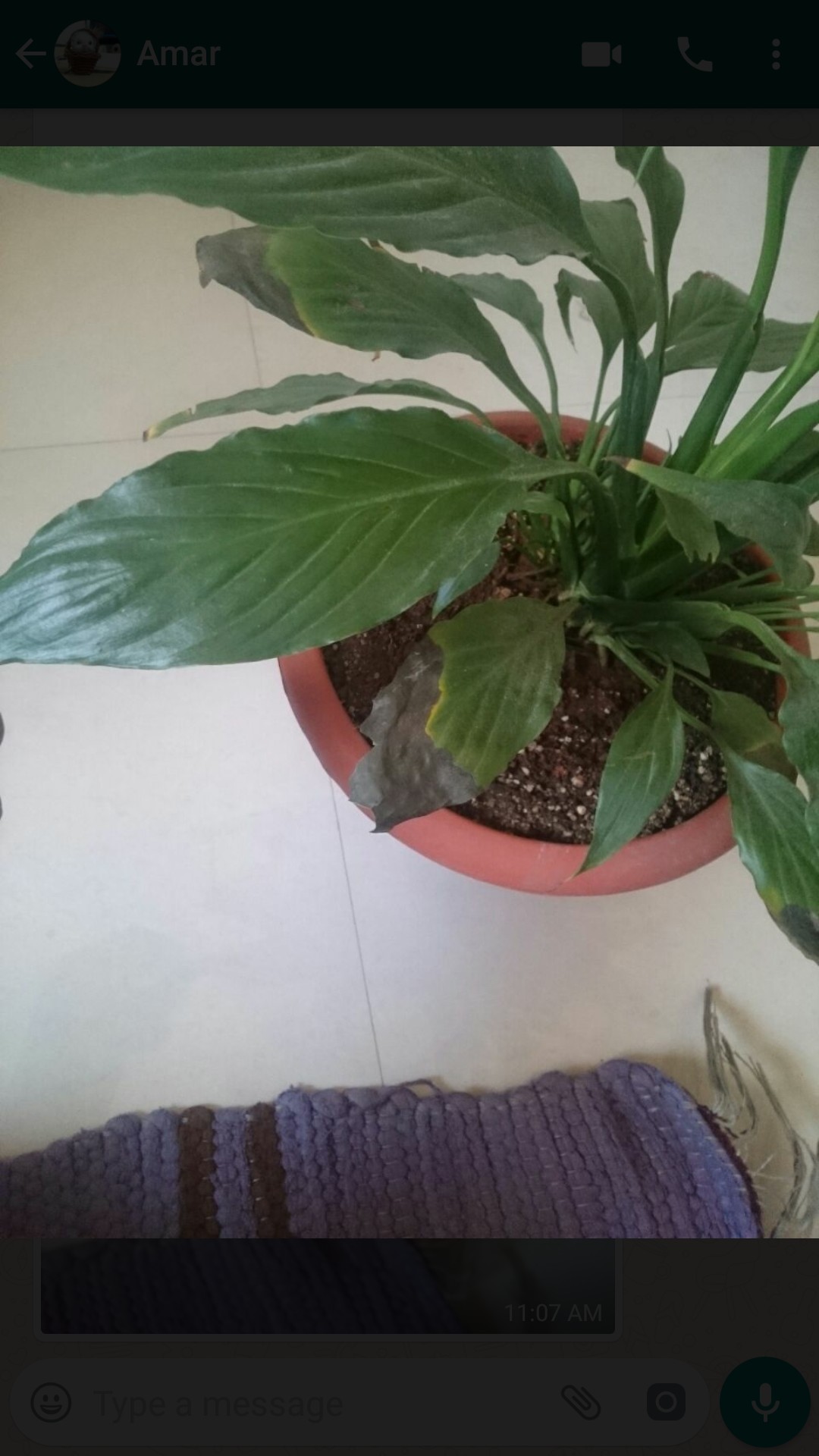 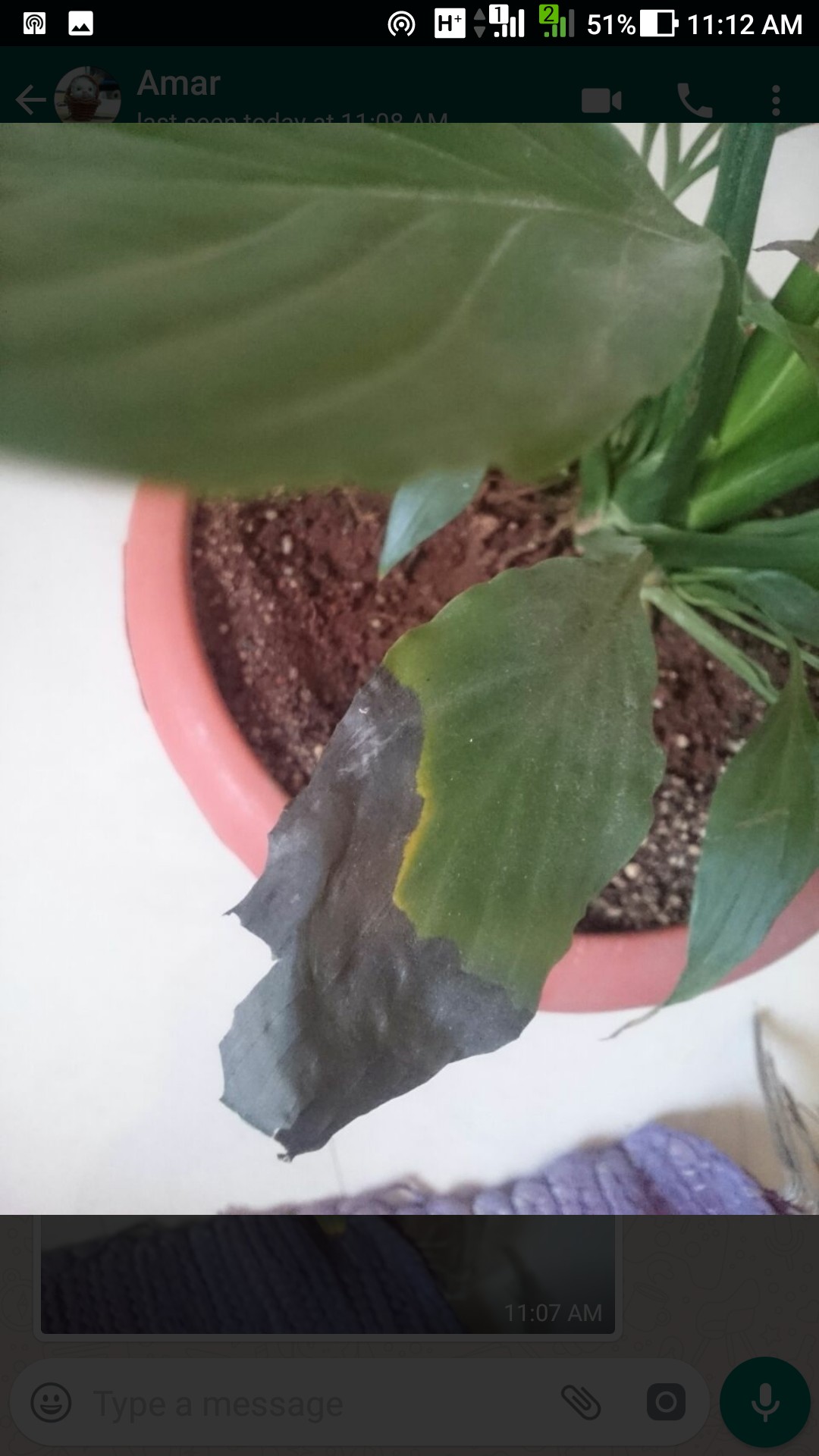 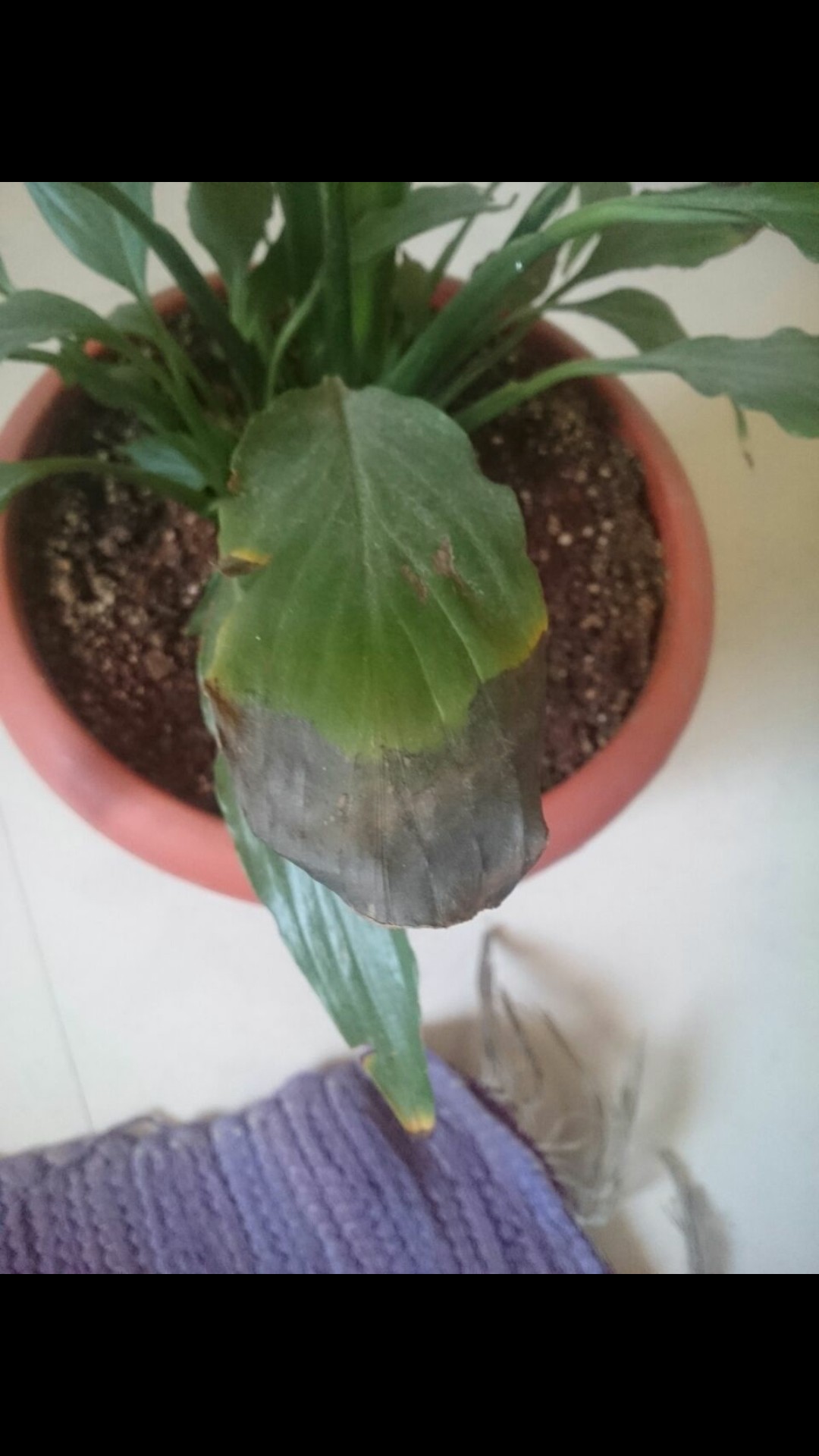 I suspect its going short of water; in the last photo, its apparent that the potting soil is dry enough to have shrunk away from the edge of the pot, so your watering regime needs some correction.

Watering routinely every six days isn't really appropriate, what you need to do is feel the top of the potting soil with your finger - if it feels dry to the touch, water copiously, allowing any that drains through the holes to collect in a tray or outer pot - then empty that away after 30 minutes so the plant is not left standing in water.

If the potting soil you used has a high peat content, once it dries out, its quite difficult to wet it right through again; what usually happens is, you pour water into the pot and it runs out the bottom of the pot without penetrating all the soil, which can give the impression its been sufficiently watered. This might be something that's happened with yours, so putting a tray or outer pot beneath and allowing the water to collect in there for 30 minutes to an hour, then tipping out any that's left should take care of that problem.

Although a great deal is said about over watering these plants, my personal experience of them is that they're pretty thirsty, needing quite a bit of water every few days - the trick is never to leave them sitting in water after the first 30 mins to an hour, and allow them to dry out slightly between waterings. And as with any other houseplant, keep away from heat sources such as radiators and electrical equipment.