What is this succulent with a tall flower spike with green pods in the UK? 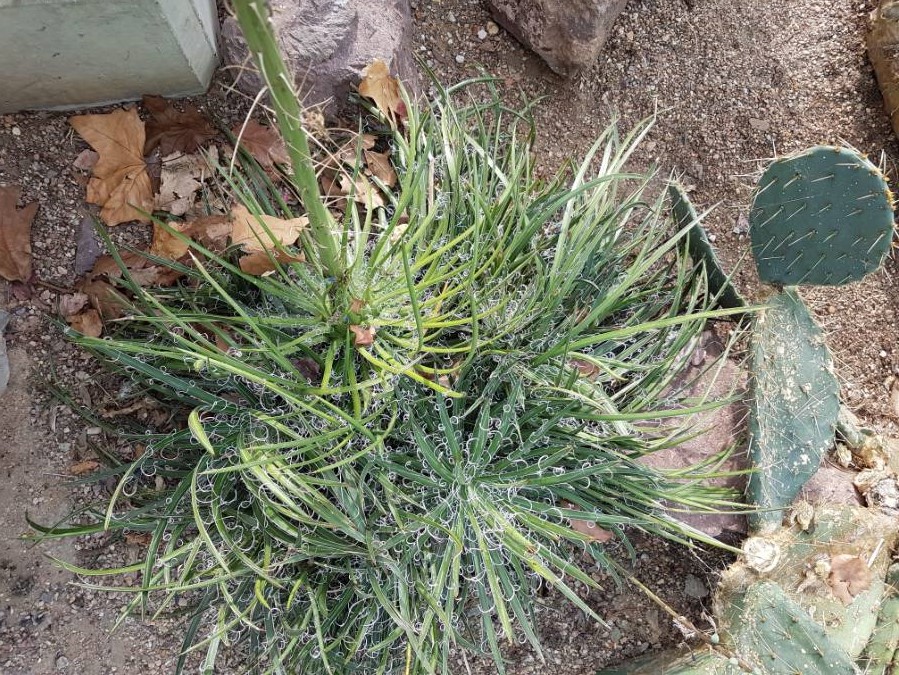 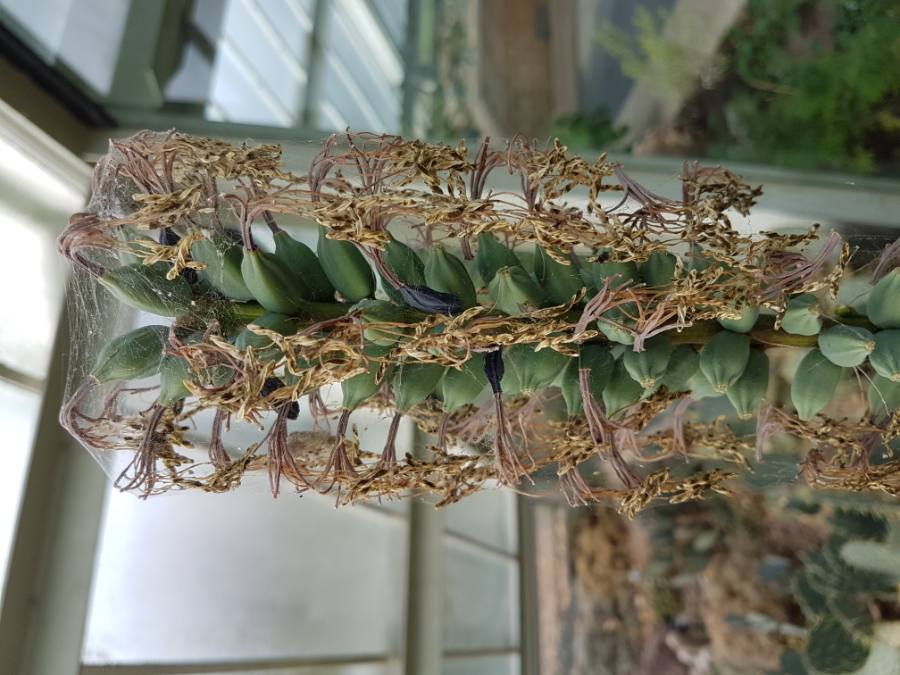 I saw this plant in the entrance to the Princess of Wales conservatory in Kew Gardens yesterday, but couldn't see a name tag for it. Does anyone know what it is? It had a very tall flower spike with green pods on and the leaves were grassy and clumping. It was with the cacti and succulents.

It's a Yucca variety, possibly Yucca angustissima var.toftiae, though the leaves in your image look a fraction broader than they should be, so maybe a close relative. It has these curly filaments and narrow grass like leaves, which only make a relatively small clump at the base, but the flower stalk is anything up to 7 feet tall - the green seed pods are fairly typical of many Yucca varieties. Like most Yuccas, it forms clumps over time. Next to impossible to find a good photo of it, never mind one in flower, nor much detailed information, but there is an image of the basal leaf growth here.

Yucca filamentosa is much more commonly seen, which produces a fairly impressive flower spike, but I doubt Kew would feature anything quite so commonplace; its leaves are quite a bit broader and usually longer than the ones in your photo.