Which fruits and vegetables can feature russeting?

Which other fruits and vegetables than apples, pears and potatoes can feature russeting?

For example this nectarine: that stain is a scab or is a russet? To me it looks like mild scab but maybe the nectarines can also feature russeting?

I'll provide here the image of a russet pear for reference: 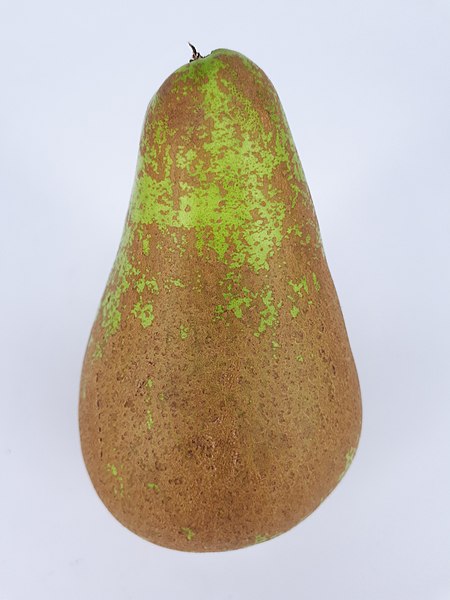 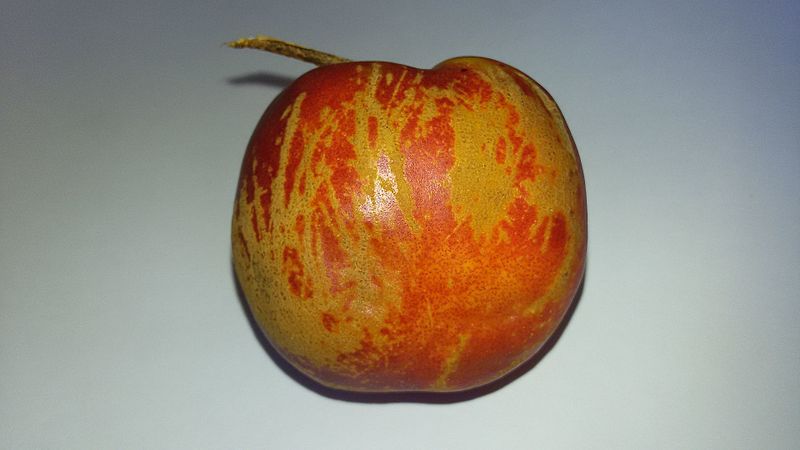 Peaches, apricot, quince, medlar, etc. But other damage to fruits, like plums, tomatoes and grapes could make a strong and brown (russeting like) new peel on damaged parts.

In your case, I think it is the second reason, just damaged peel, which caused a new harder tissue to be generated. A dry period followed by a lot of water (rain or irrigation) is one common cause.

I don't know if it's considered russeting, but fruits with a similar-looking skin include such as the Farmer's Jalapeno, the Idaho Potato cucumber, the Sikkim cucumber, the Gagon cucumber, and netted muskmelons. You might also check out sweet potatoes, salsify, sunchokes, ginger and other stuff, which appear to be russeted.

I think we need a better definition than Wikipedia currently has to clearly know what is and isn't russeted. For all we know, scabs might be encompassed by that definition, too. I've seen similar things on apricots and Stanley plums as I see on the nectarine you pictured.

I've seen other, similar things on tomatoes and apricots that I'm pretty sure were just what alternaria lesions look like in a dry and semi-arid climate (although the fruit isn't hurt). They usually look like round (not always round), small scabs instead of thicker strips of potato-like skin, though.

Also, they're not vegetables, or even plants, but some mushrooms appear to be russeted (especially some brown kinds).

Not the answer you're looking for? Browse other questions tagged vegetables fruits or ask your own question.