I have a peace lily in my office at work that gets low indirect natural light, in addition to bright white fluorescent light.

I have had it for about 12 months now. I have not potted it up, and it has always been quite root bound.

All that said, it was always the happiest green and healthy plant. It consistently got new foliage growth and sometimes almost flowered. It never ever showed signs of nutrient deficiency, and the leave were always a healthy green with a flawless complexion.

Then last weak it wilted like it was thirsty, and after watering it, it is not reviving. It is wilting now like it is heavily dehydrated, even though the soil is still semi damp from the last watering. Even though it is wilted over, and the stems are getting a little soft to the touch, the leave still have turgor and seems almost like they are not dehydrated.

I always watered it only when it got completely bone dry. I never over water.

I have no clue what happened. The only thing I could imagine is that last time I watered it, I much too heavily swamped it, and in a single watering I drown the plant. Is that possible??

This plant shows no signs of root rot, and has never shown signs of any maladies. Just one day it wilted and it won't revive.

Is there some other possibility of what went wrong? 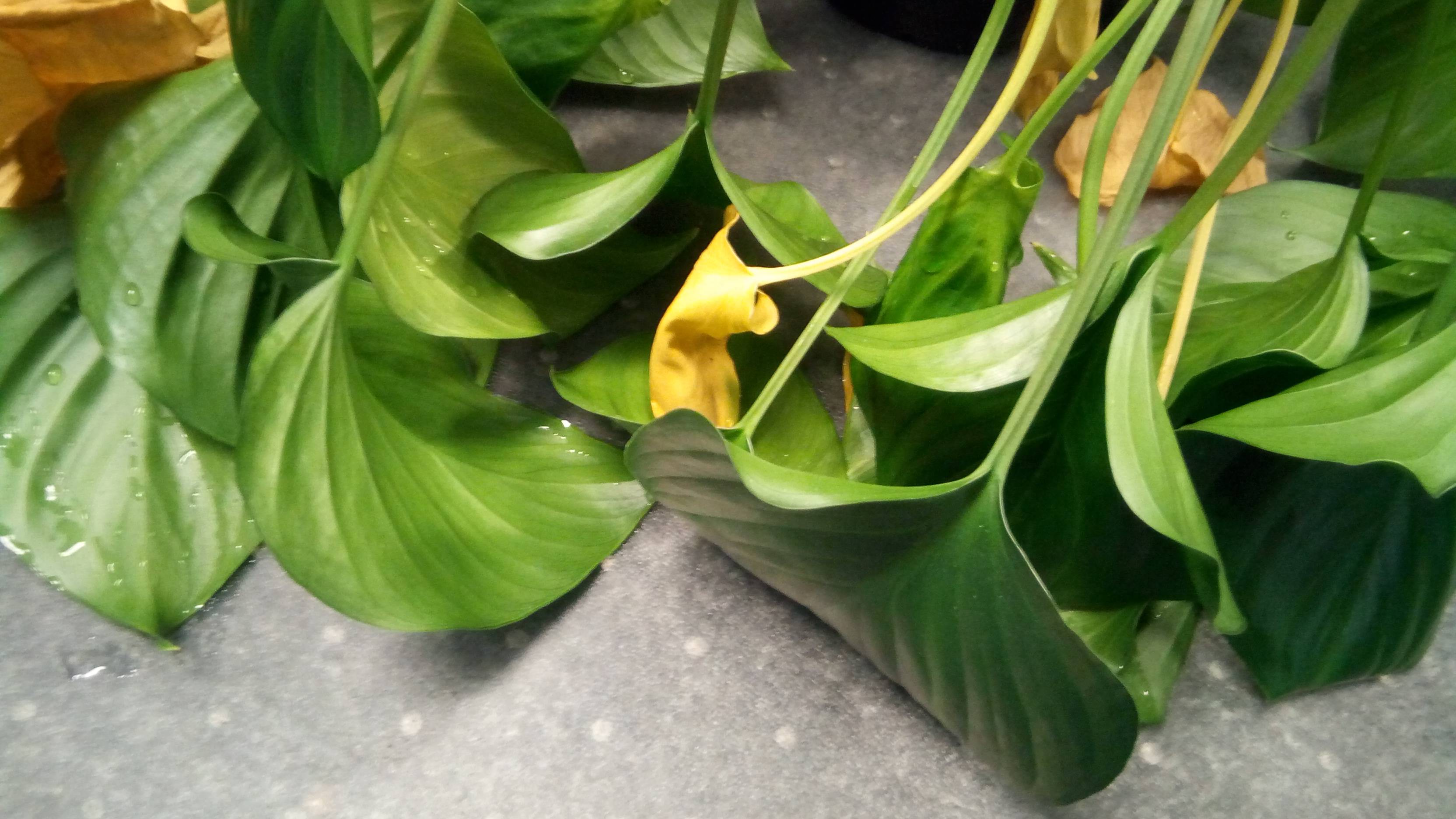 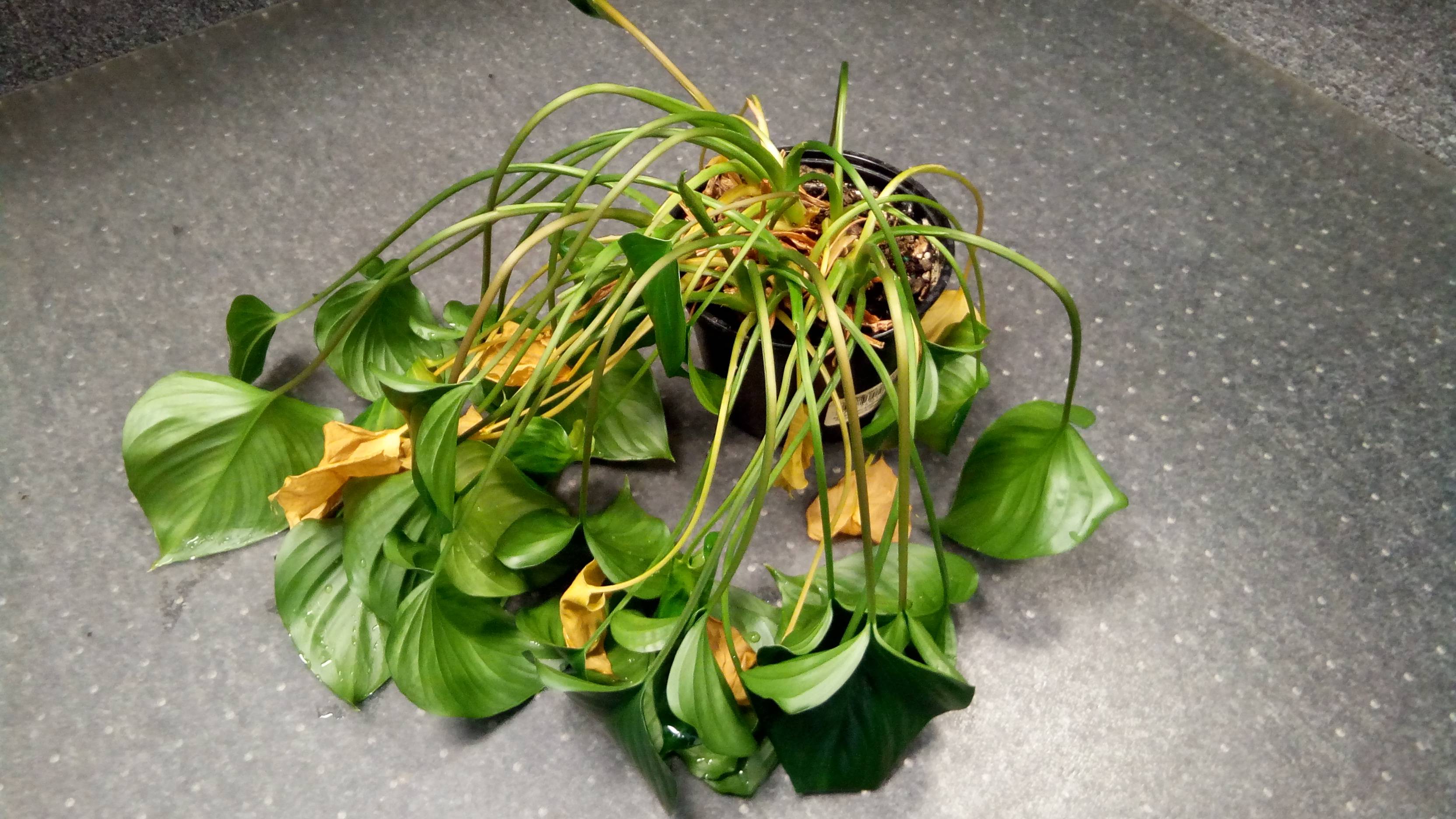 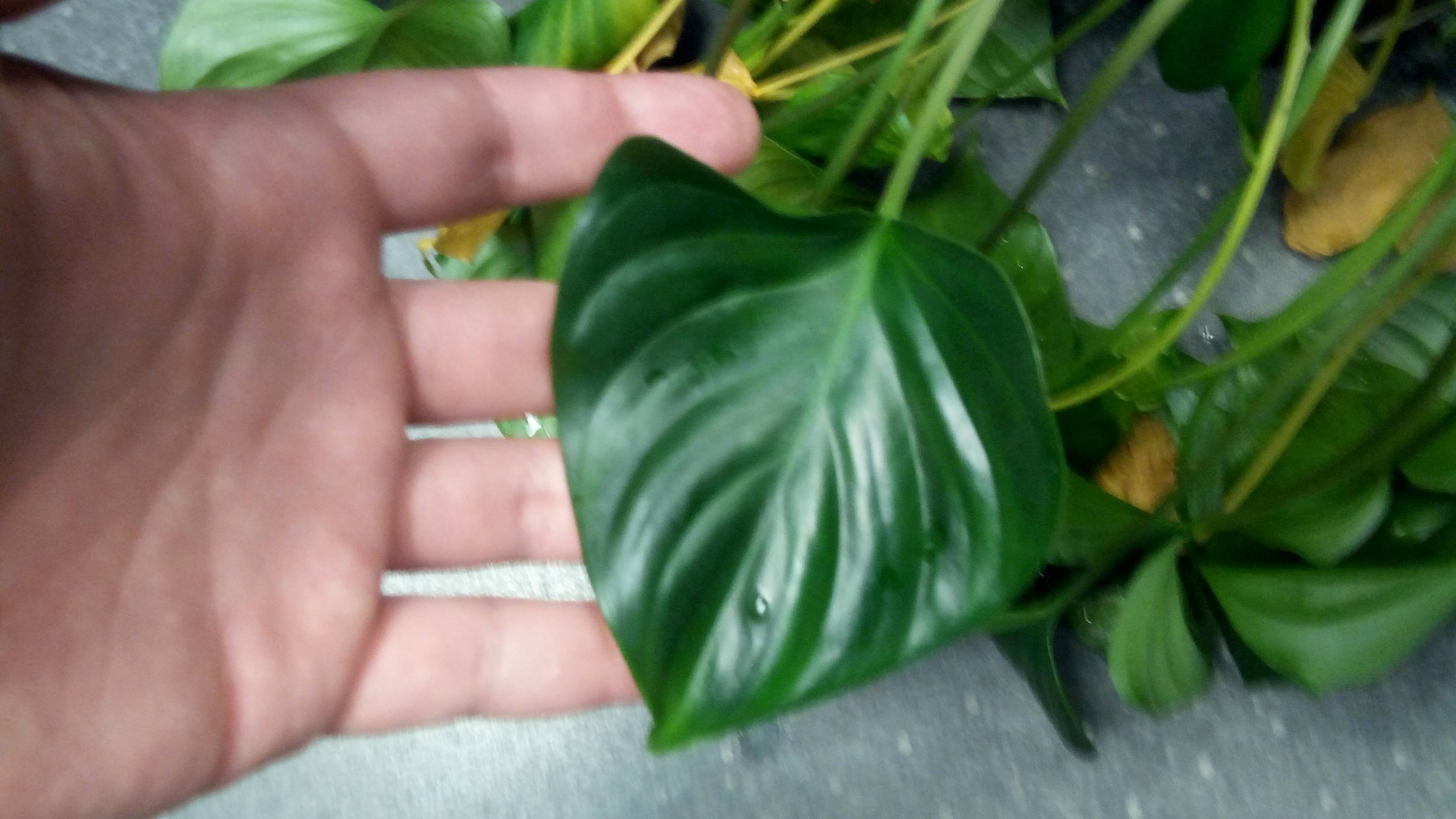 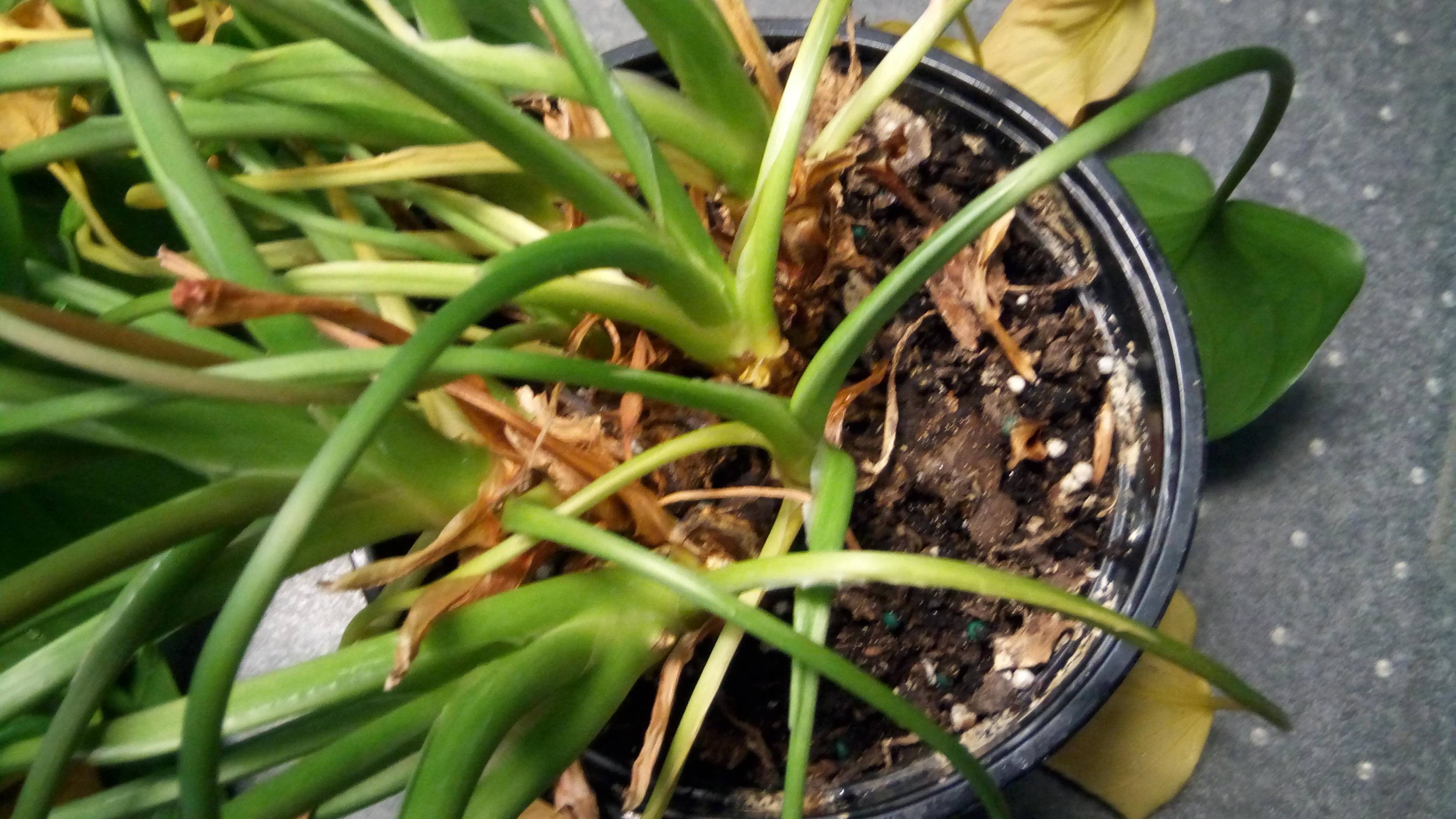 Go and get another pot and some potting soil (asap), turn the plant out of its pot, cut the rootball in half (a bread knife is great for this, or a sharp knife with a serrated edge), selecting an area to cut through that's in between major leaf growth if possible, repot both halves, water in well. Remove all yellowed or yellowing leaves, and discard any that fall off having become separated from the rootball, keep watered as usual. If you only want one plant, throw one away, but I'd suggest you keep both for a while to see how well they recover and which one looks healthier.

Essentially, the poor thing's run out of root room, and that's why it's suffering.

UPDATE: In response to your query, no, cutting down the topgrowth to root level won't help at all. To clarify the splitting method, take the plant out of the pot. Now examine it and push to either side the main stems where you can, so you create a space between that you can cut through. Doesn't matter if it's not quite two halves and one's a bit bigger than the other, take your knife and cut from one side to the other, all the way through the rootball. You'll probably need to use a sawing motion to get through the centre of the plant. Plants are much more resilient than you think, they want to live, so as long as you use good potting soil and water them well once potted up, preferably standing in a tray or something which you empty out 30 minutes later to ensure the new potting soil is thoroughly moistened, then water ongoing, they'll be fine. You may need to water a bit more often till they recover from the procedure.

Alternatively, buy a bigger pot and pot it into that, and split the whole thing in a year or so when its run out of root room again.

Not the answer you're looking for? Browse other questions tagged watering wilt lily peace-lily or ask your own question.