What is happening to my strawberry plants?

I bought a strawberry plant in a pot yestereday and I waa instructed to spray it with water twice a day on the leaves, stems and fruit or as necessary till the soil was damp. I have provided it with sun as it is outside my apartment sunning as well.

However, late yestereday evening, I noticed that the stems have became noticeably droopier (see photos) and that some stems are browning with a woodier, dry texture. There were also some holes in the plant when I first got it.

Any advice on how to save my plant? I'm afraid it will not live longer if I can't stop the drooping. I live in an apartment as well, and I am unable to transplant it into gardens and my options are rather limited. Thank you for your advice. 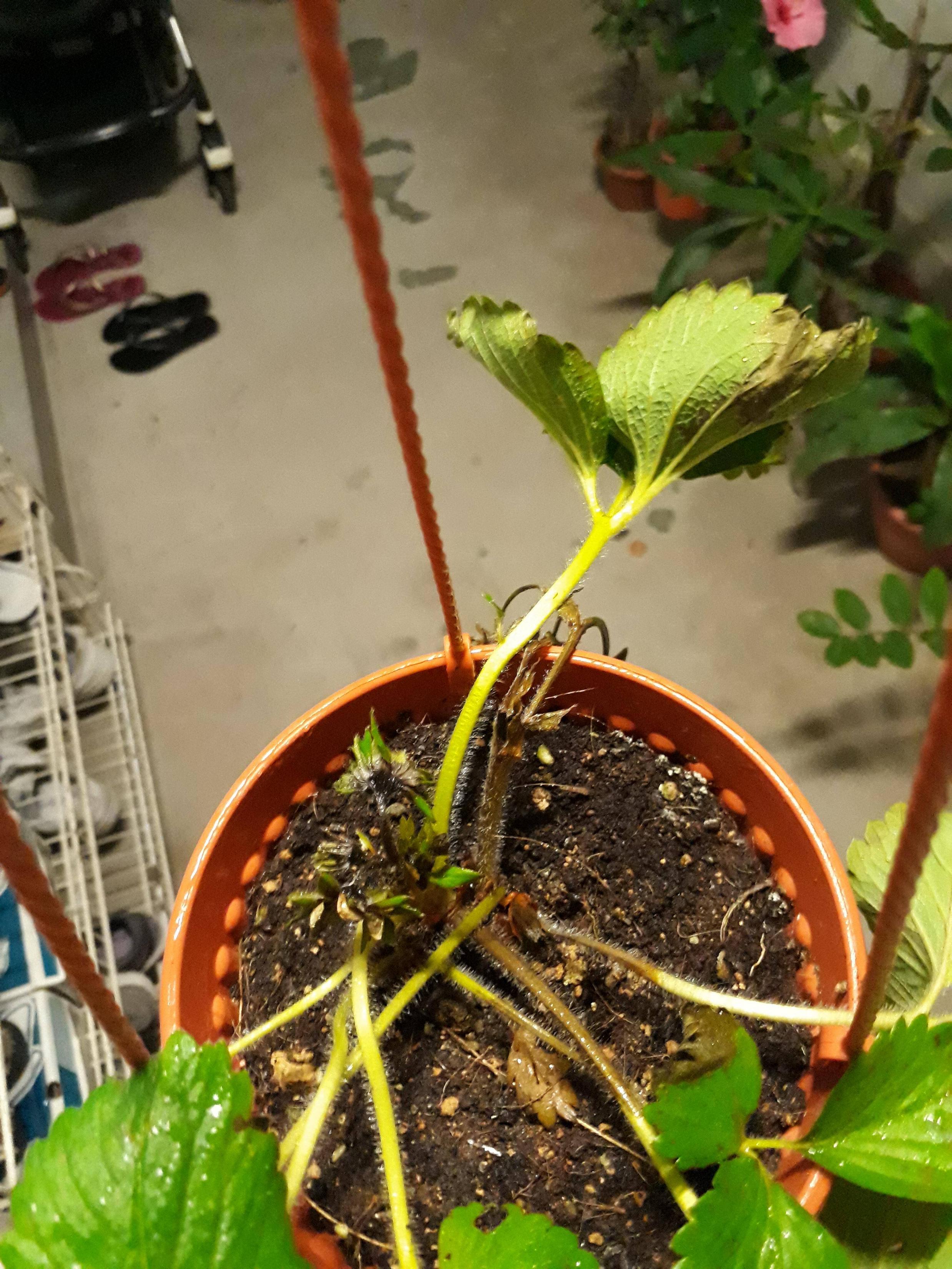 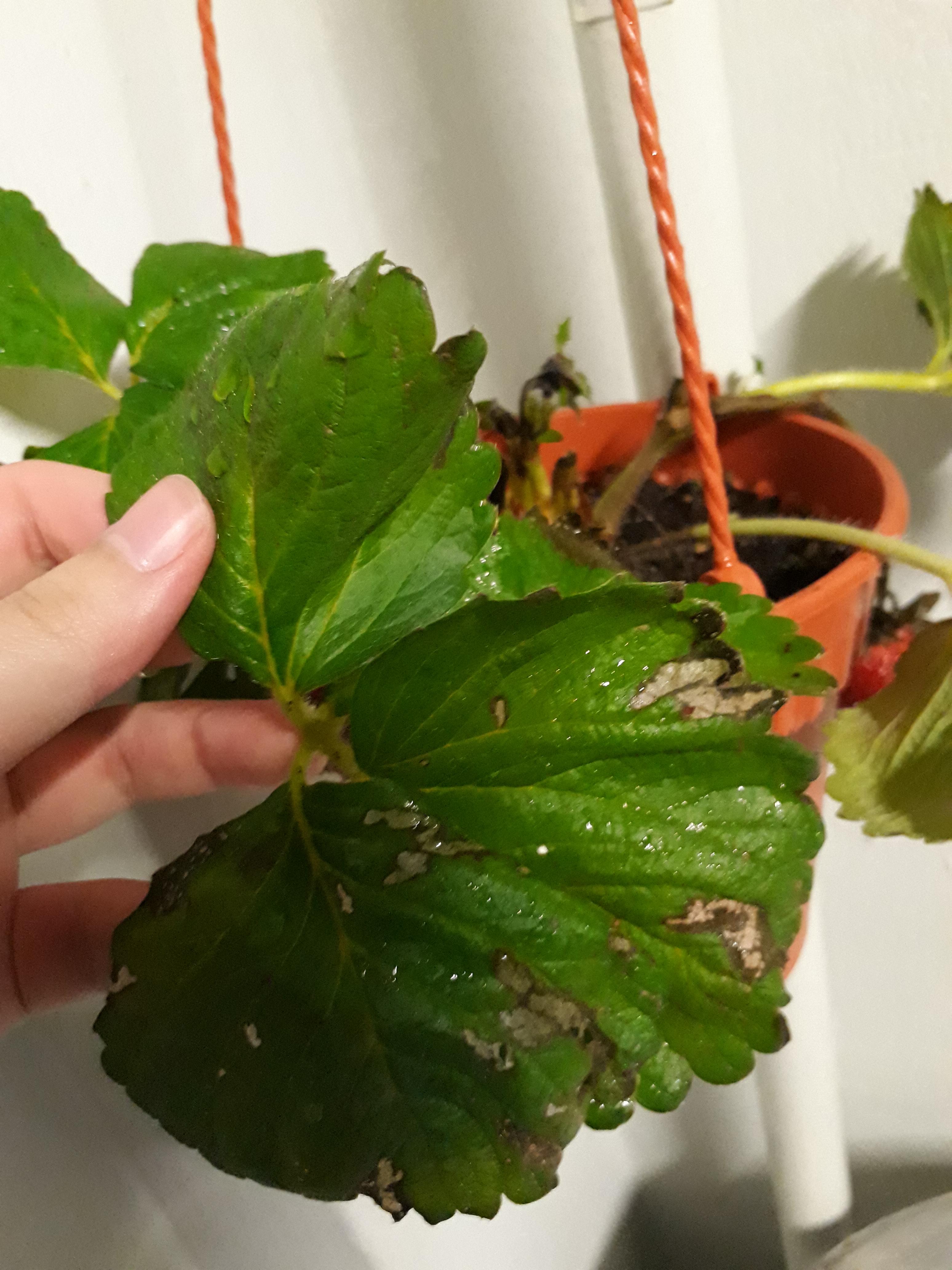 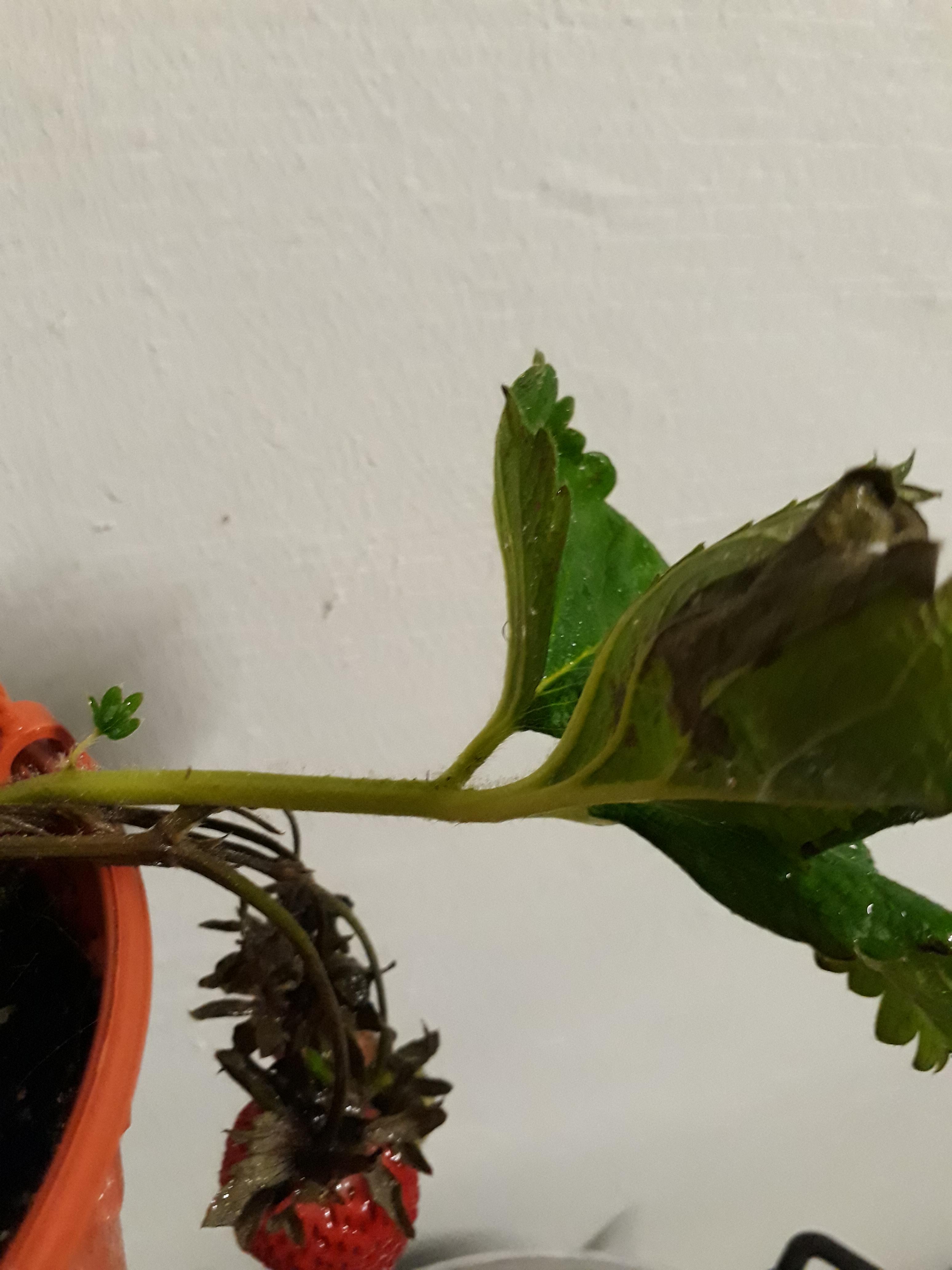 It needs a larger pot by the looks of things. Get a larger pot, it doesn't need to be deeper than the current one, a wider one is good, but if all you can get is a deeper, wider one, then that will do. Use potting soil and plant the strawberry plant into the new pot. Water thoroughly, allowing excess water to drain away freely at the base. Ongoing, water when the surface of the potting soil feels just dry to the touch, and water well, again allowing excess to drain away.

What's important with strawberries is that the fruits should not be in contact with damp soil, which is why people often use straw on the soil for the fruits to rest on. I see some fruits on yours are dangling outside the pot, which means they aren't in contact with damp soil, but you may find much larger fruits need something to rest on so the stems don't get broken.

I've no idea why you were told to water in such a way, but from now on, water as you would any other plant, that is, water the soil its planted in.

Whatever minor leaf damage is happening to the current topgrowth isn't a big deal - if you're in the northern hemisphere, your strawberry will shortly be resting for winter anyway. There are obvious signs of new growth at the base of the plant, which means it is essentially healthy, despite the minor damage and some evidence of fungal infection on the larger, older leaves. You might check beneath the existing leaves just to make sure there is no obvious insect infestation present that might explain the necrotic patches in the leaves, but unless the necrotic areas spread quite a bit, I wouldn't worry too much about them at this stage. Remove the larger leaves as they shrivel once new growth gets going.

Not the answer you're looking for? Browse other questions tagged plant-care or ask your own question.

2
What is happening with my pothos?
3
How to keep a detached strawberry runner alive
5
House plants - What and how
2
What plants are these?
3
Scraggly tangled Monstera
1
What's happening to my Ipomoeas?
2
How to nurse a plant damaged from shipping back to health?
1
Well-watered Fittonia is sad (droopy)