What is this tomato disease? 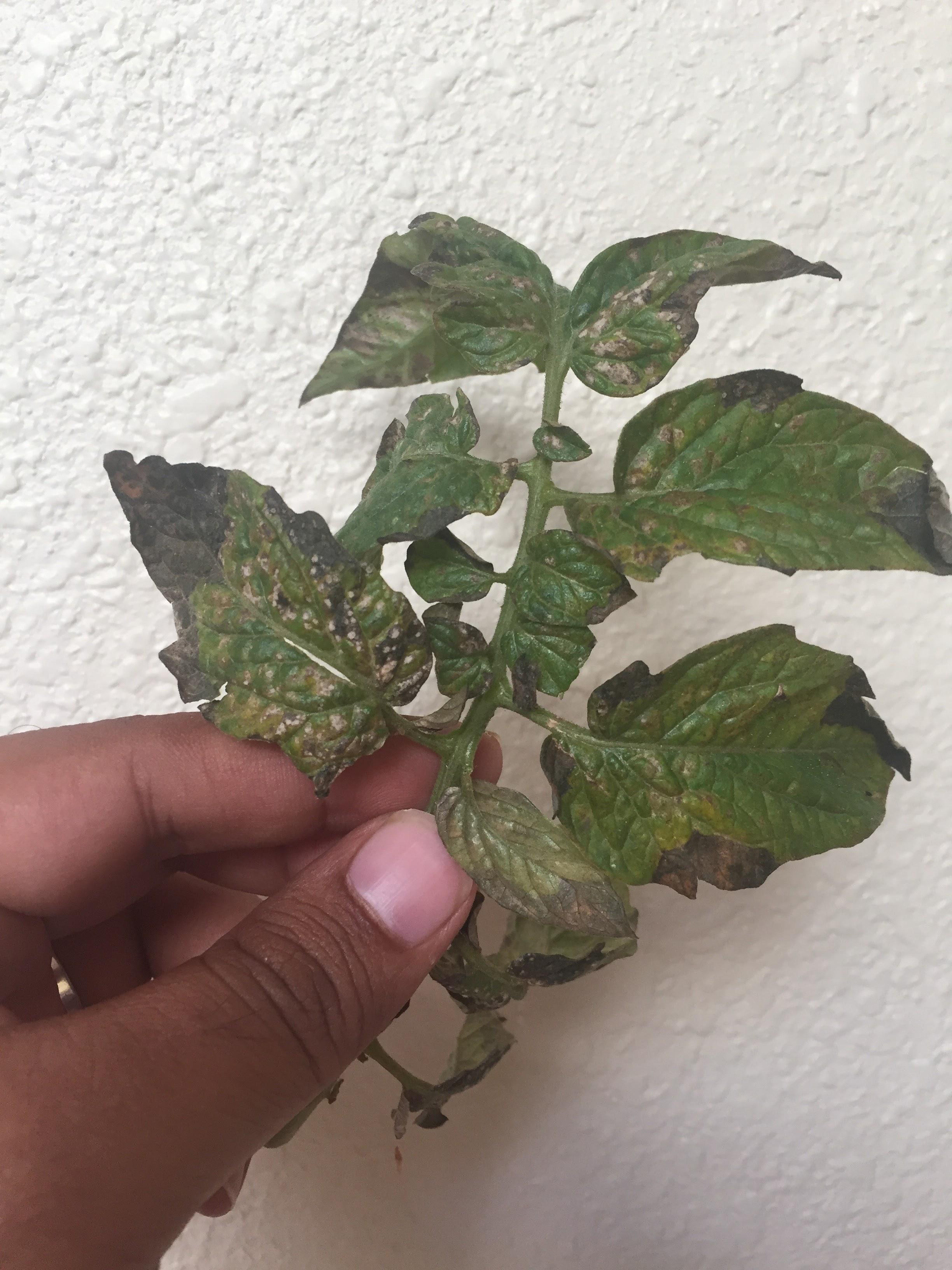 I showed it at my local garden center, but they said its normal for old leaves. But I think its some disease, as the new growth also gets similar blackening of leaves within weeks. This only happens to leaves that are in touch with other infected leaves. Need help identifying what is the name of this disease and what are the remedies, if any.

EDIT: Adding many pics, the one that shows totally brown plant, is the one which the original image was from. All other images are from another plant which also has the same disease, but I'm making it survive by regular removal of diseased leaves. 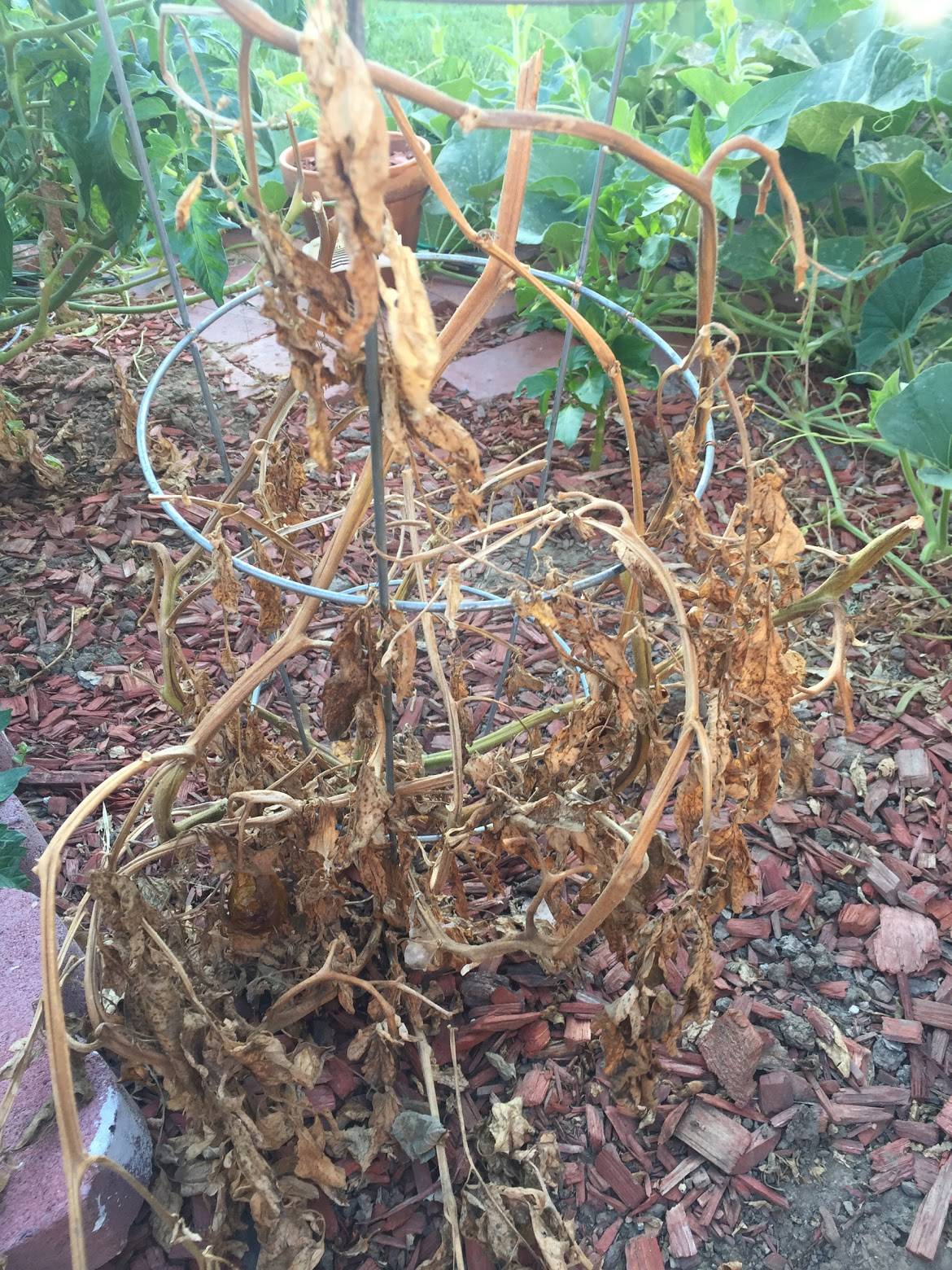 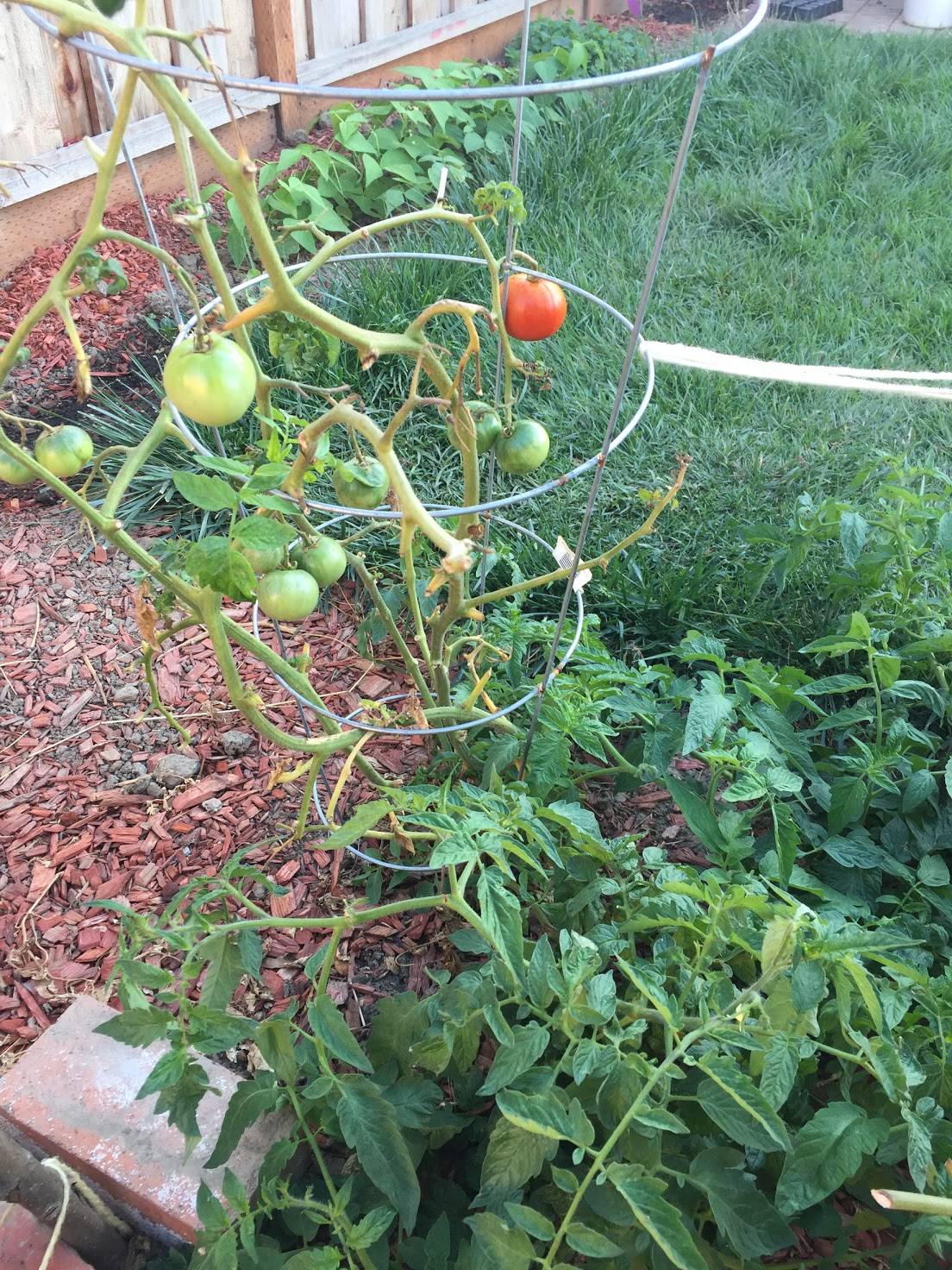 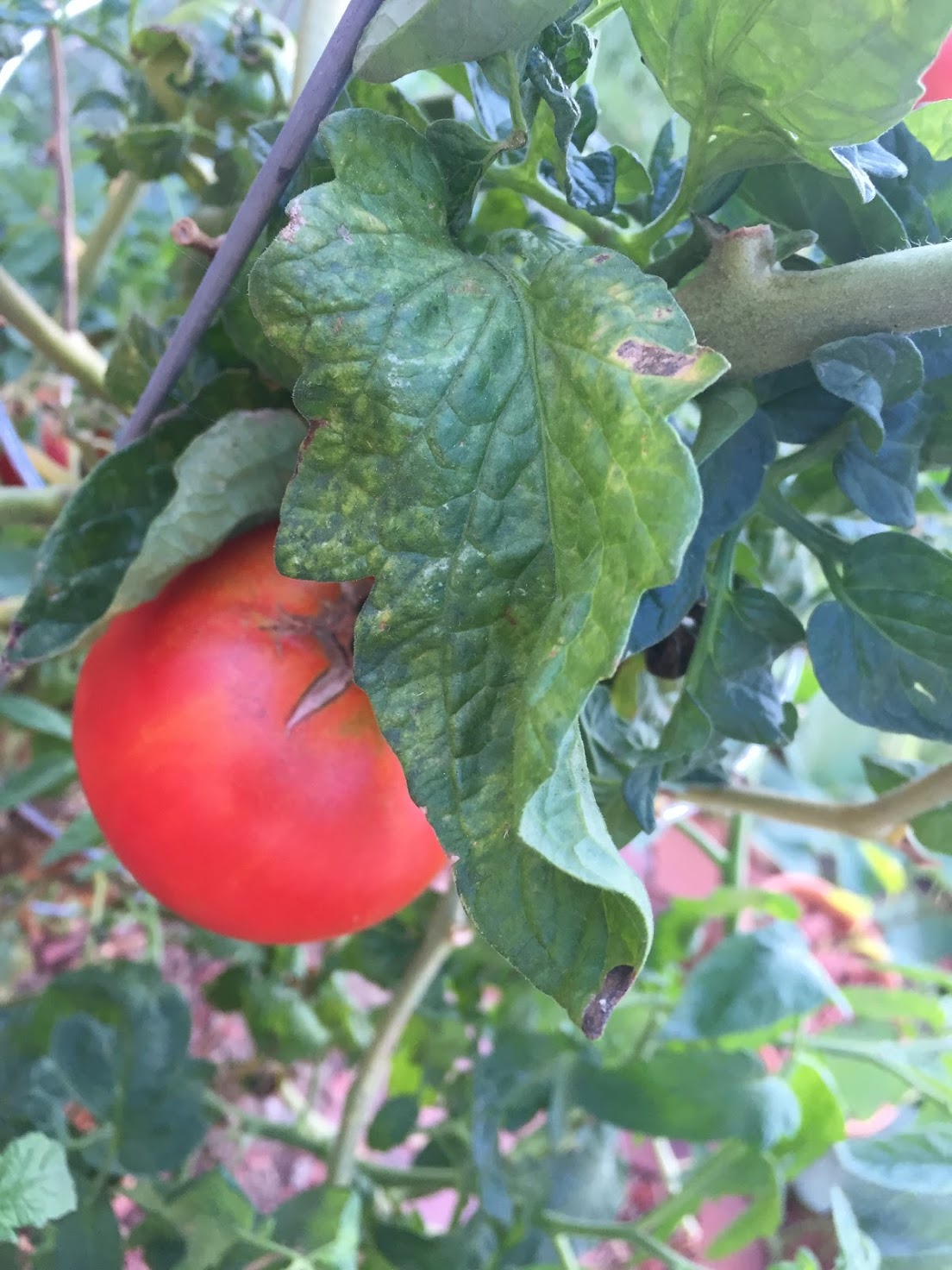 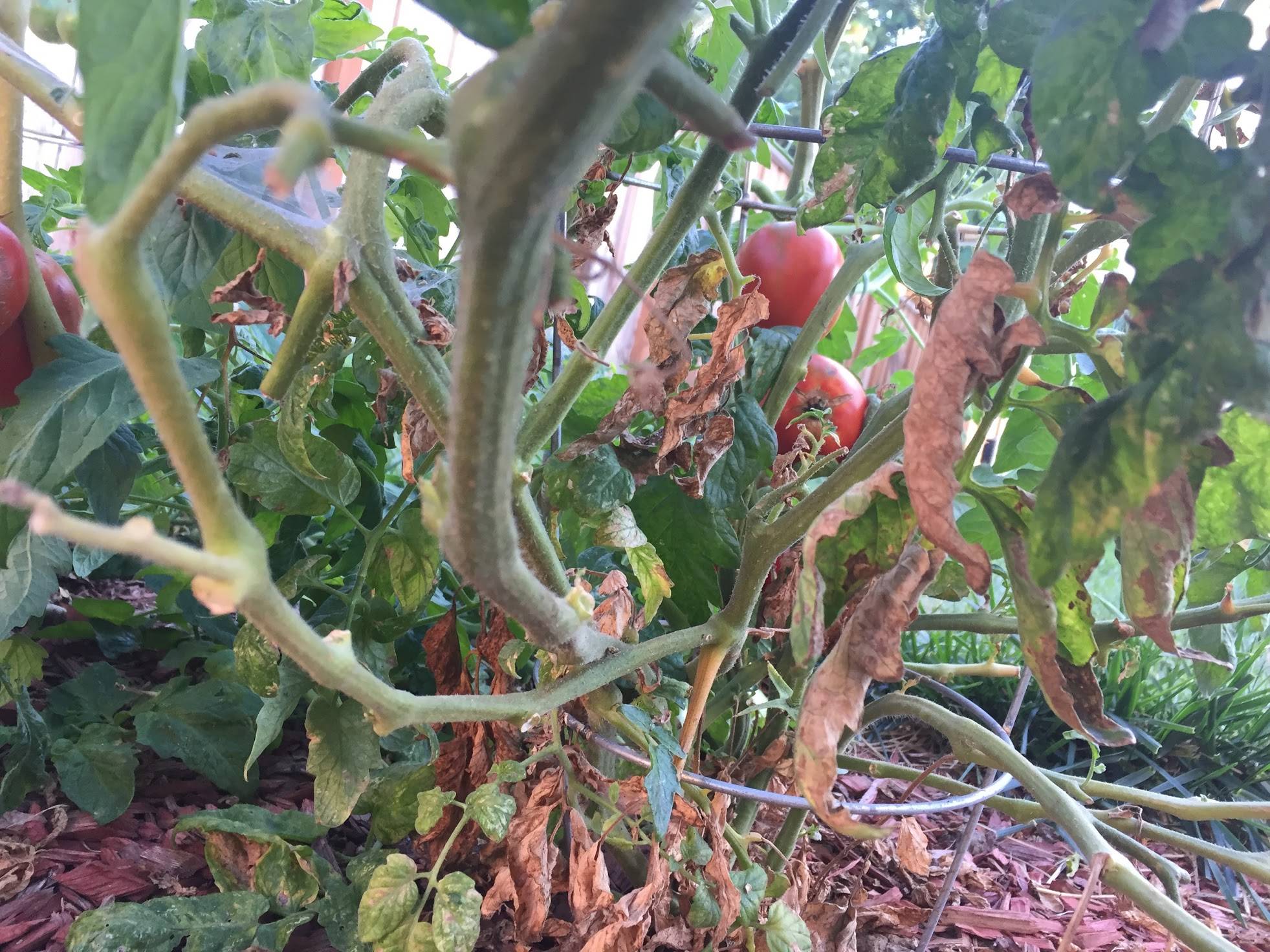 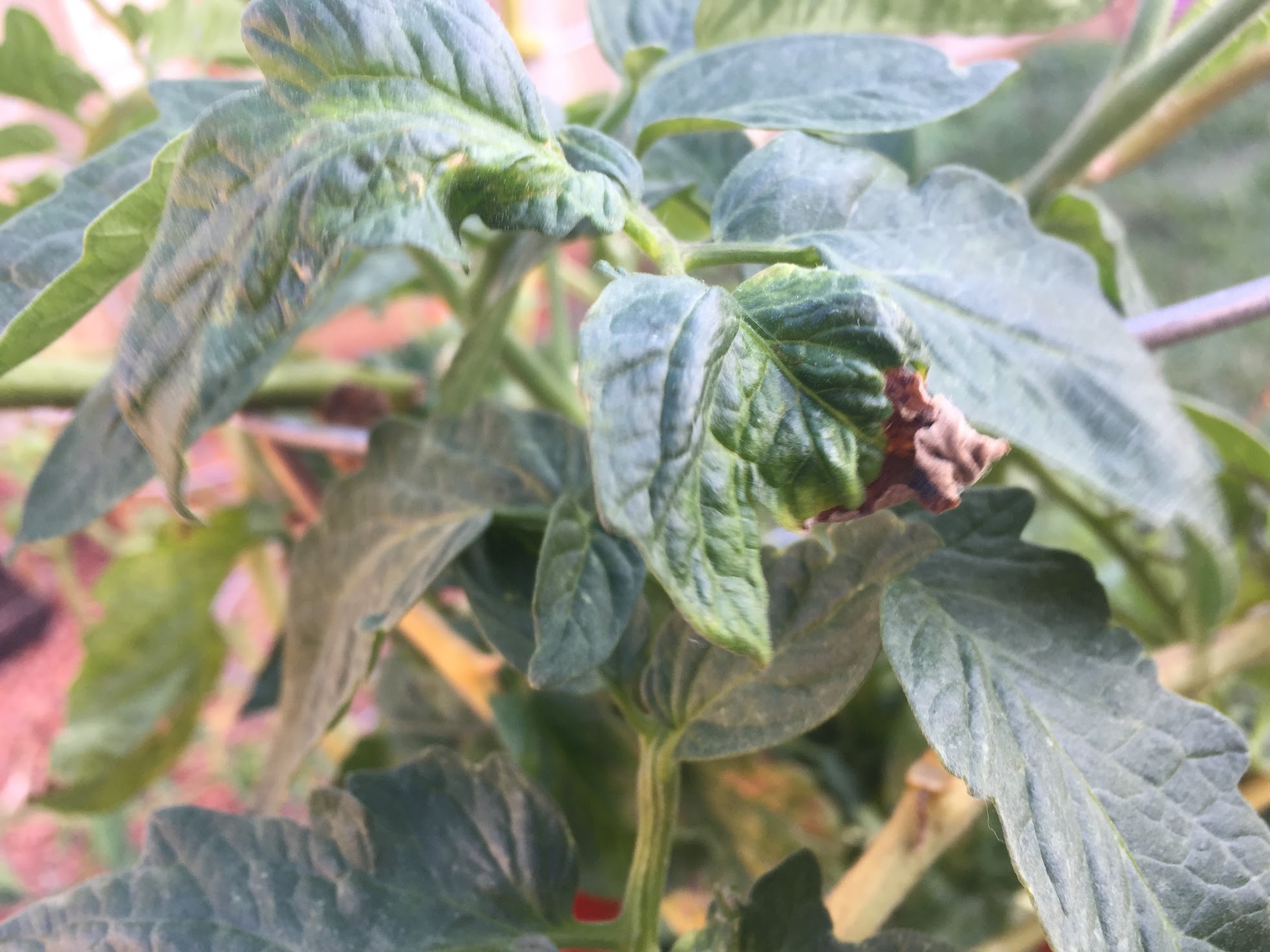 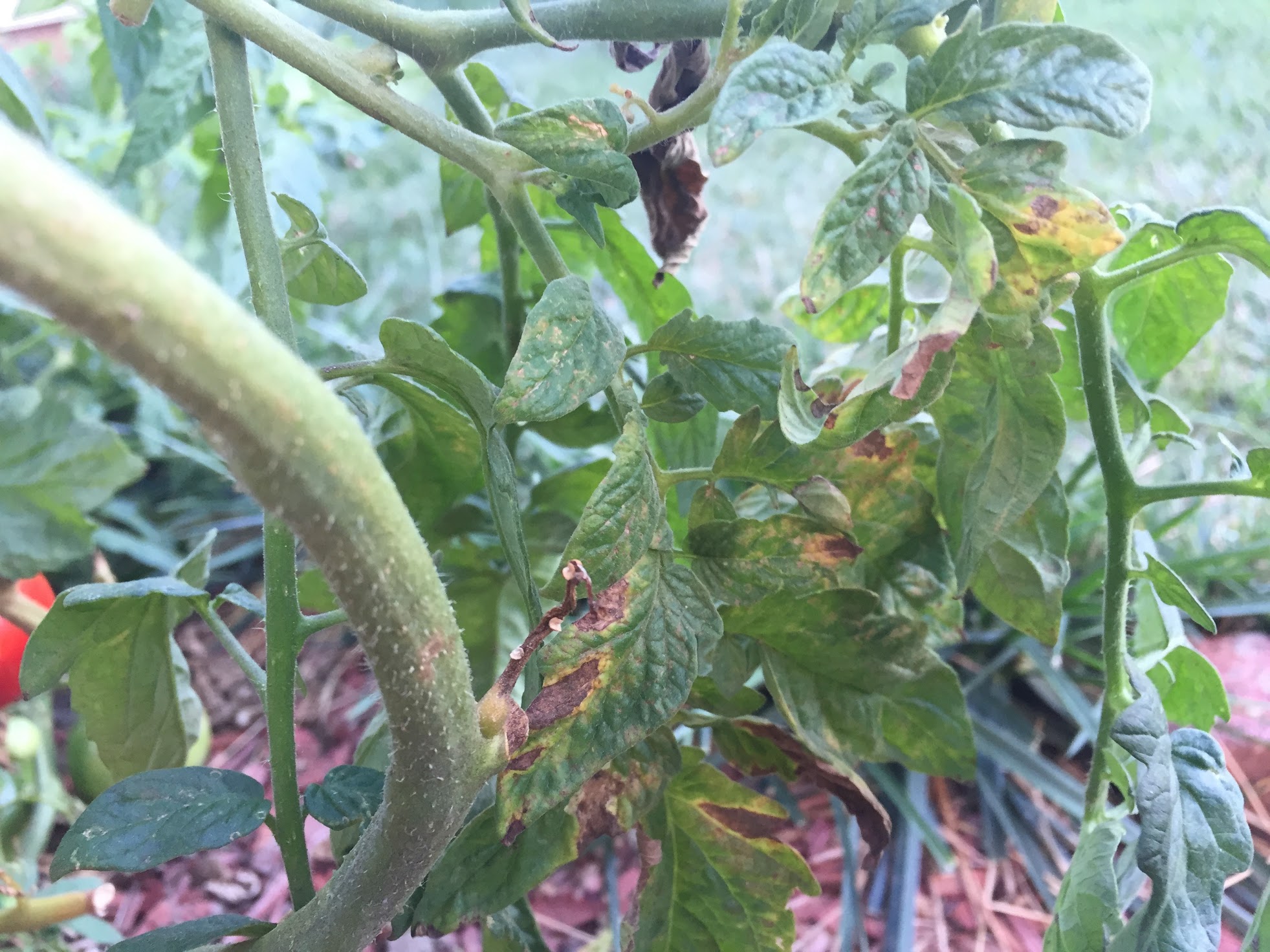 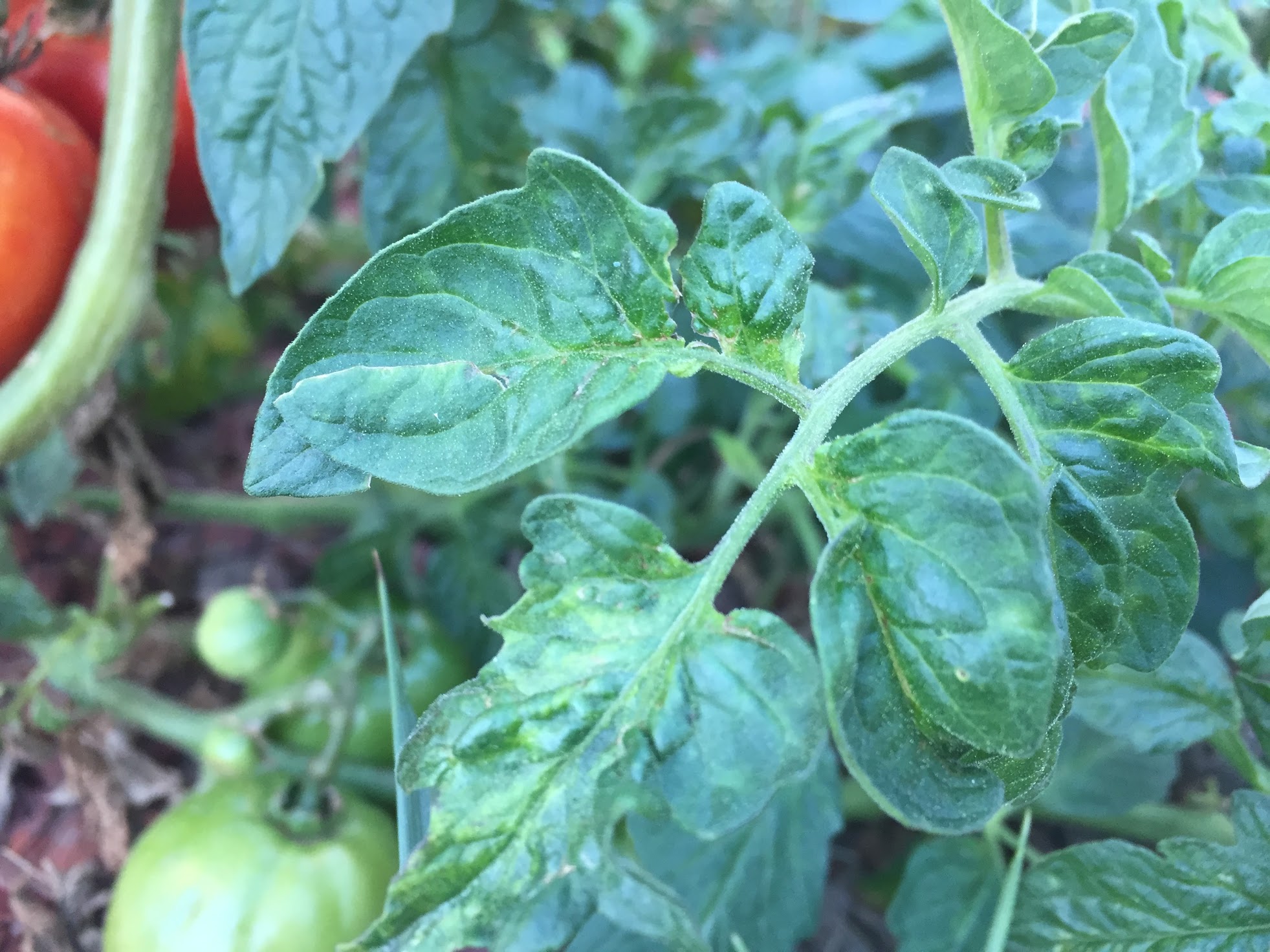 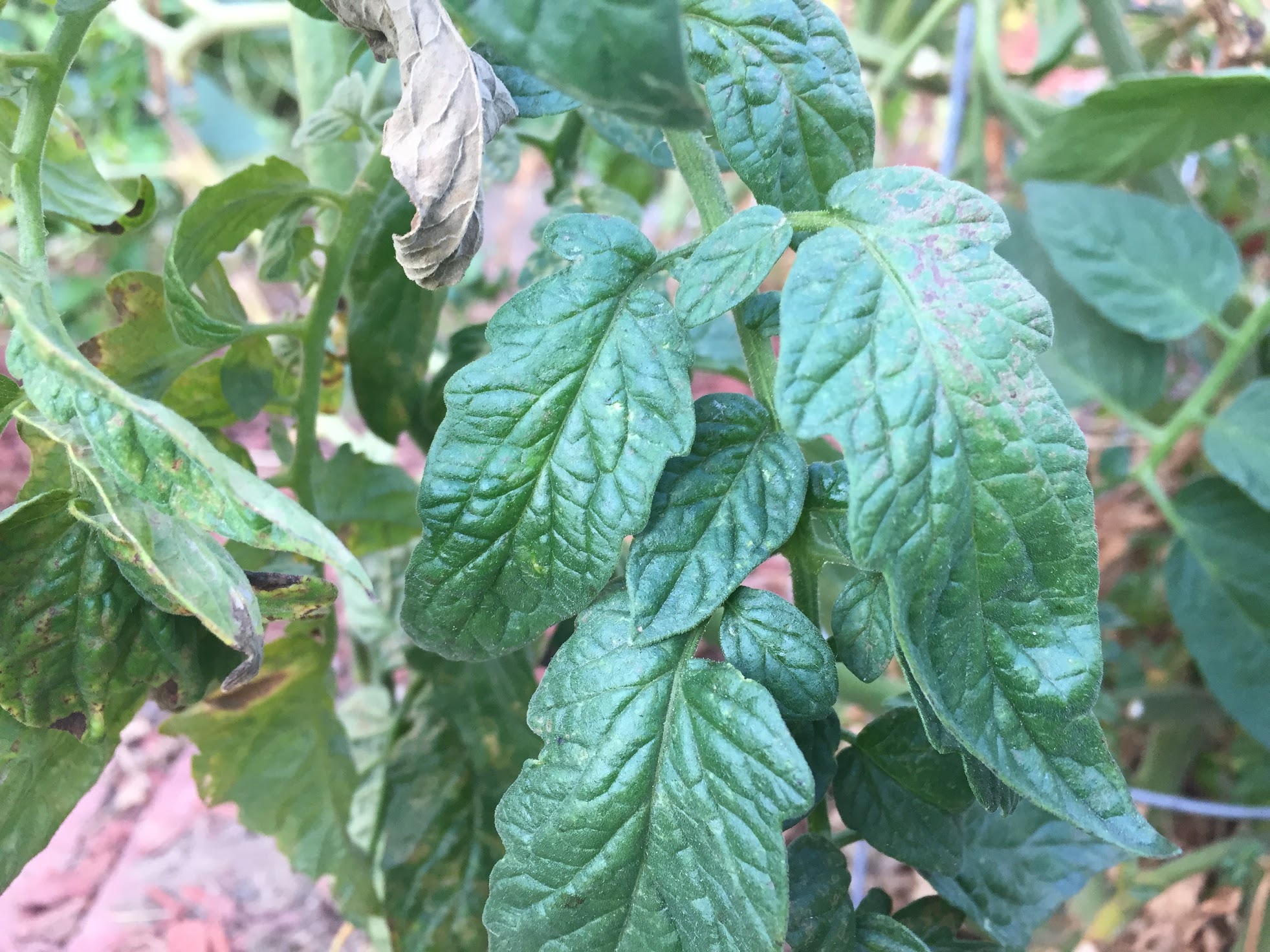 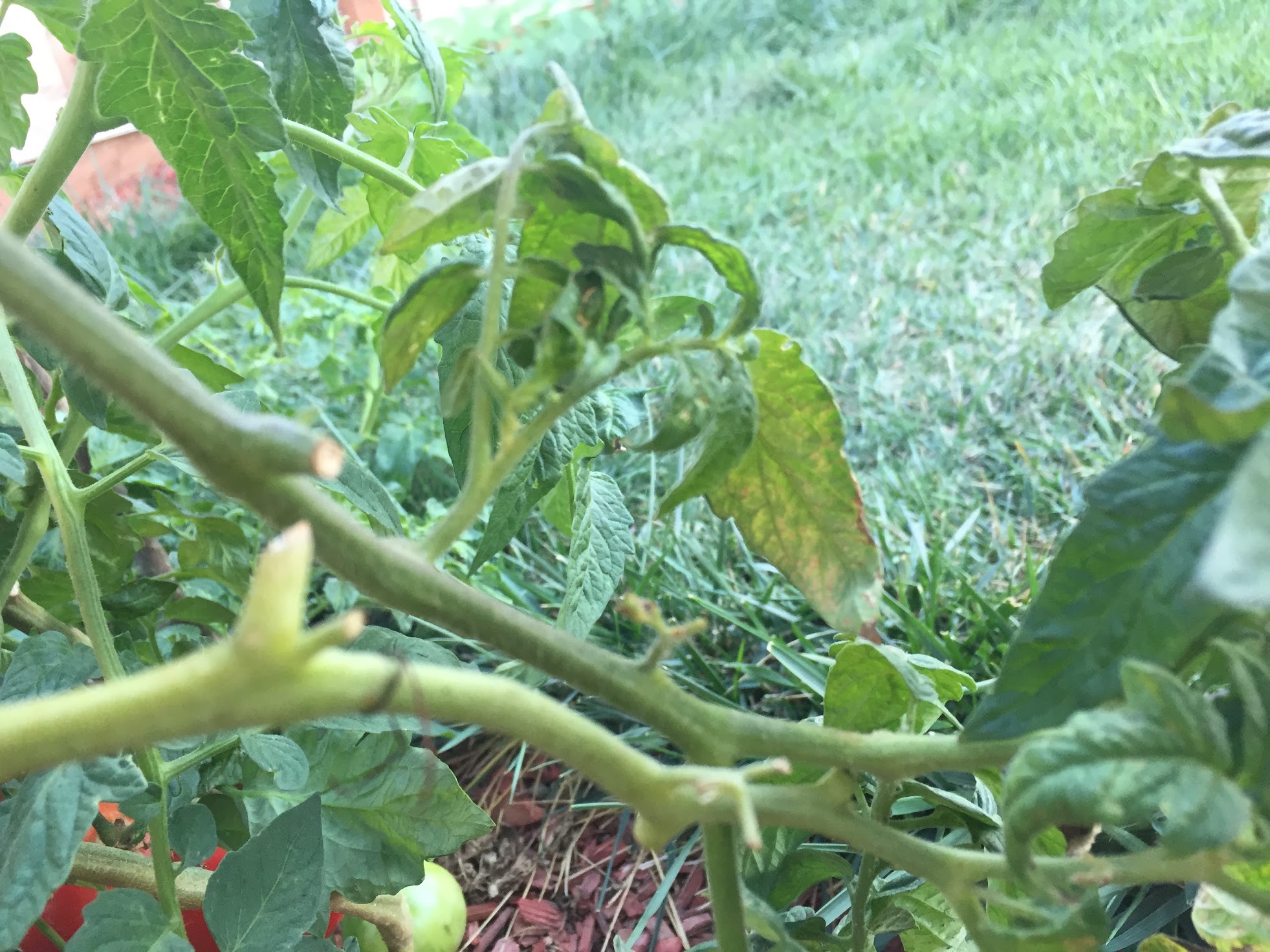 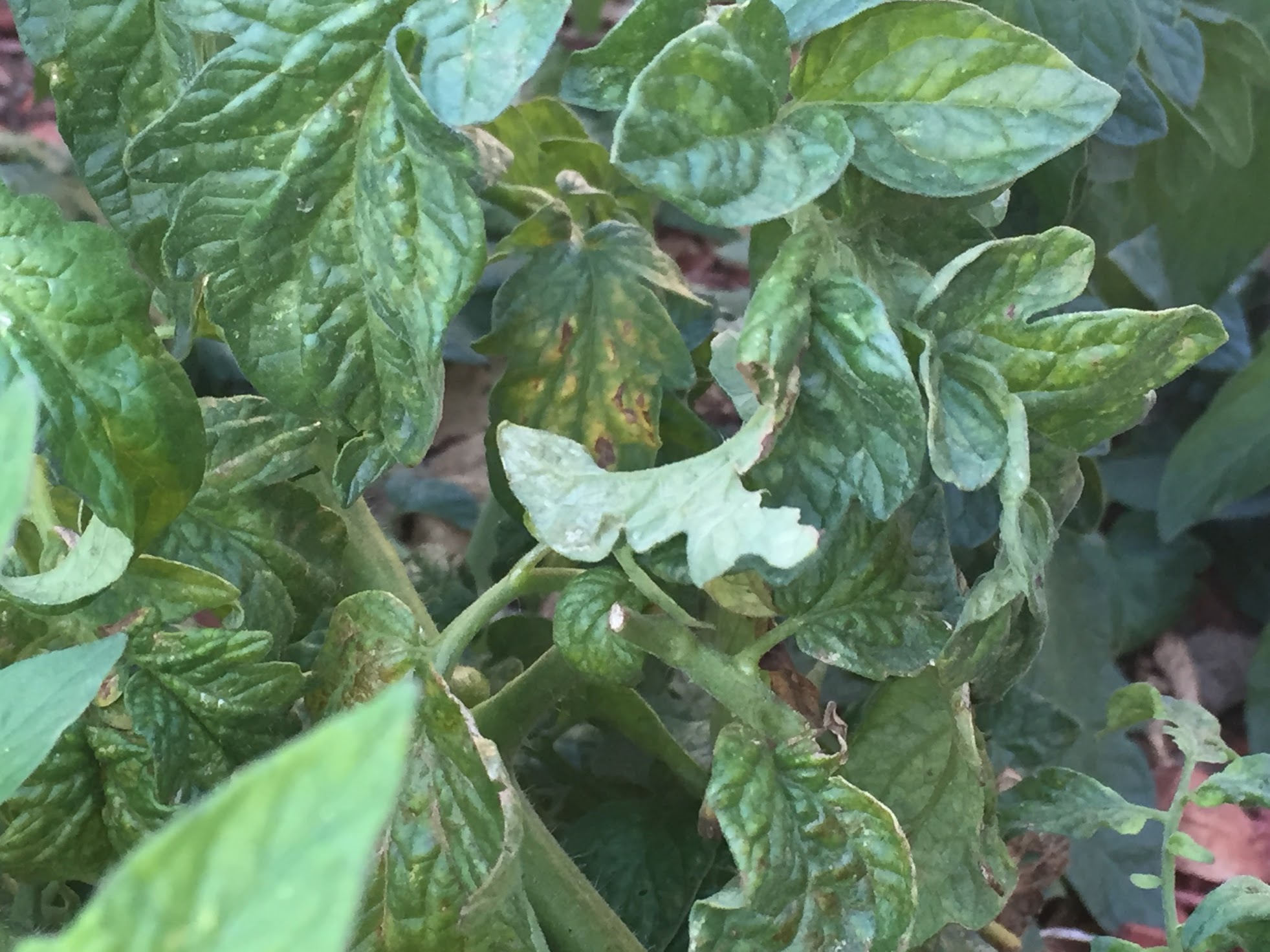 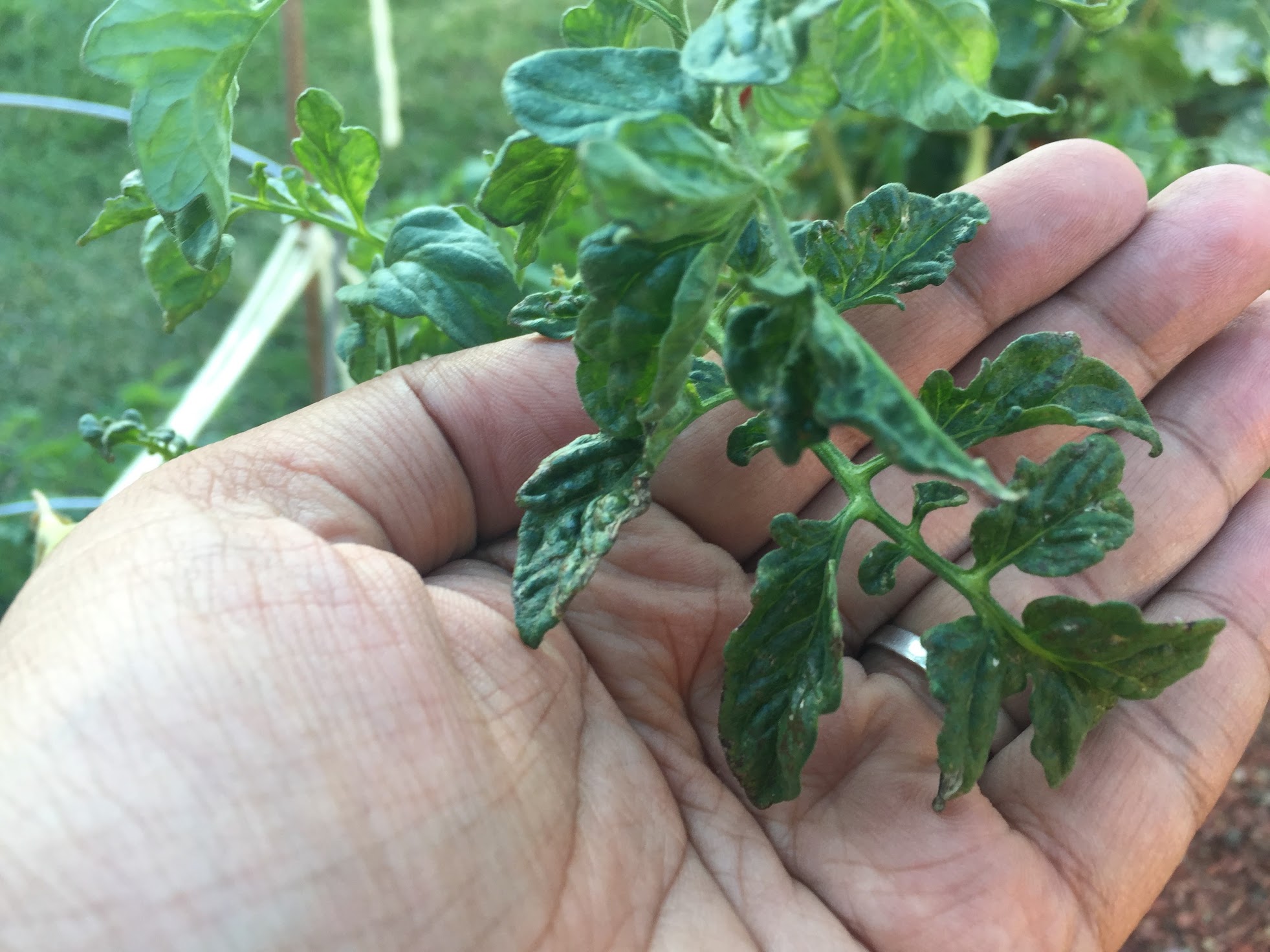 To answer @stormy's questions: - watering practice: 1gallon every 3rd day - soil: I just potted the plants in my backyard's garden soil(which is a little clay-ey). This is in california, zone 10a - fertilizers: i just added the fertilizer once while transplanting the seedlings - epsom salt: I only used it once - tomatoes never became black, as you can see in the pic(even on the totally decimated plant, they were fine)

It was gradual blackening, and i'm very sure it was not in a matter of days. One thing that could have contributed to this was that I never did any pruning before the offset of the issue. I used a 42 inch cage, but the plant was about 4 feet long, and started bending. It became very heavy, so the cage was not sufficient, and I had to use wooden sticks and wool to make it not fall on the ground. Anyways, the gist is, not much air circulation probably.

The original picture that I shared was about a month old, so out of 4 plants, 2 have totally dried out. The remaining 2, I keep pruning leaves which show symptoms of unhealthy leaves, this has helped in reviving the plant, though it is not fully free of the disease.

I'd like to know if this still looks late blight to you, it actually started around August first week I think.

Looks like Late Blight for tomatoes. Are all your plants blackened like this? Please send a picture of the entire plant. Tomatoes? If this is Late Blight, all of your tomatoes will turn black as well. Bummer. How long ago did you notice this blackening? I remember, in 3 days, every plant I had that had previously been perfectly healthy (70), turned black. I tried collecting some of the tomatoes and those turned black as well.

All it takes is ONE spore that splashes up on the plant and that is a done deal. The spores are in the soil. If you are using an area in your garden (are these plants in the garden or in pots) that you grew potatoes, tomatoes, peppers, egg plant in last year...or the year before, this is where that fungal disease came about. This is the reason for rotation of crops; primarily the brassicas (broccoli, cabbage...) and the solanaceae (tomatoes, potatoes...).

To properly identify this disease we need more information such as what soil has been used, watering practices, fertilizers and a few more pictures.

You will have to pull up all your tomatoes, if this is indeed late blight, and dispose carefully. You should not try any of the solanaceae family in that soil if this is in your garden for at least 2 years. If in pots that soil needs to be carefully dumped, the pots cleaned out with bleach. I am guessing if you used pots that you did not use sterilized potting soil. I now always plant tomatoes and peppers in pots in sterilized potting soil. I cried when I lost this gorgeous crop of tomatoes!

Check out these sites. The last one shows how to cut open the stems. Find a stem that is partly alive to do this with. If your fruit are not blackening I doubt you have Late Blight. As you can see, tomatoes get lots of diseases! But its important to KNOW what you've had. So let's keep working on this. Great pictures, btw!

14
Why have my tomato leaves started yellowing at the base?
4
What is this yellow coloration of cotton wool used as growth media for hydroponics?
4
Which tomato variety is this?
10
Why did my tomato seedlings stop growing after their first set of true leaves?
3
What is the cause of this tomato plant leaf curl?
2
Having Various Issues With Multiple Tomato Plants
1
My over 23 year old Mango tree wilted and cracks on barks. Verticillium wilt or Dieback?
2
What kind of disease is this, which is ruining my crop