I have a big rose outside that does not make flowers almost at all!

We bought the house 3 years ago. The rose at the end of the picture below flowered just once in three years (this year). It grows like crazy, it is huge right now, almost bigger than the fence and I don't understand why it does not make flowers. What you see below is the only flowers we ever saw in three years. 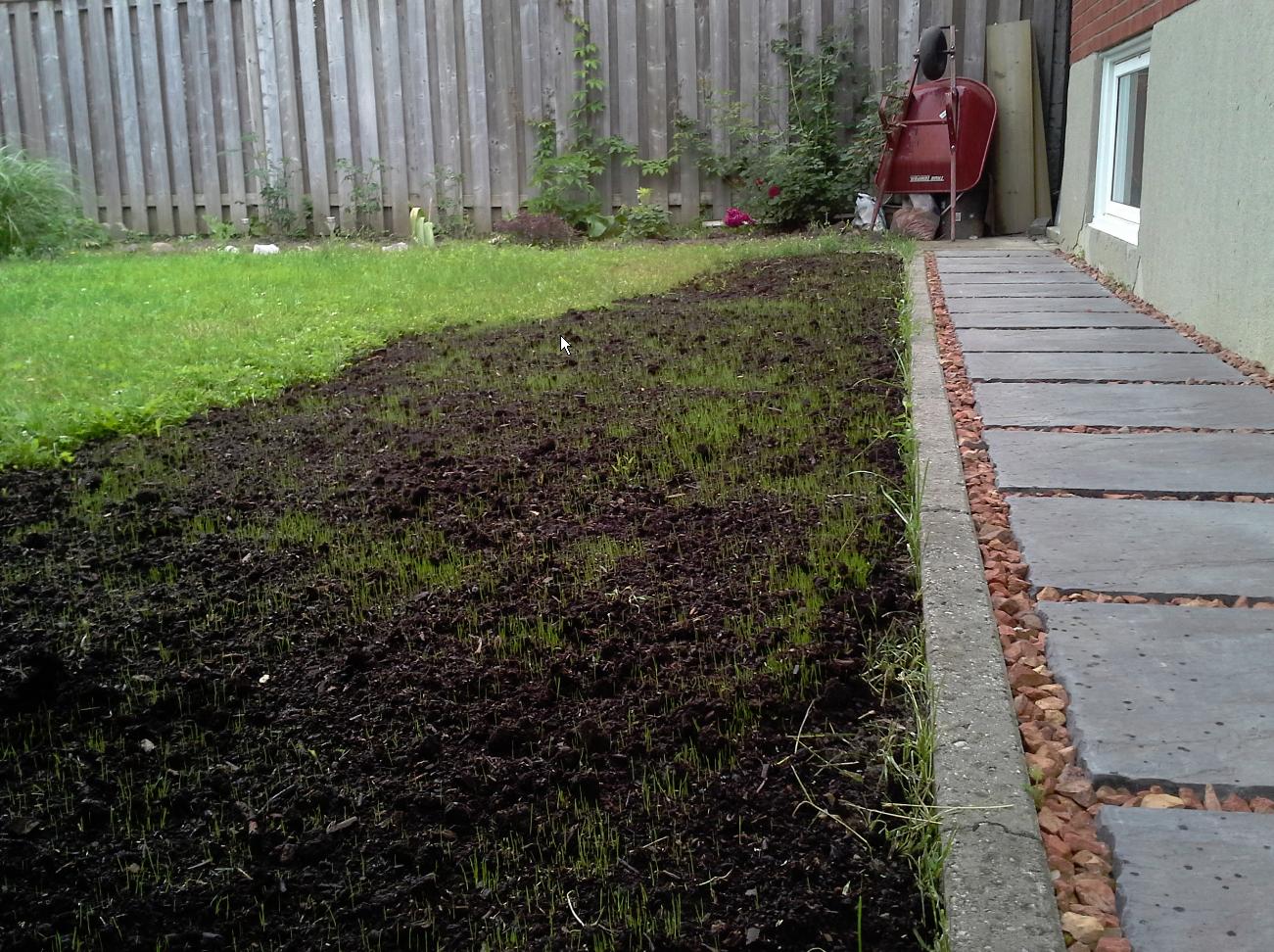 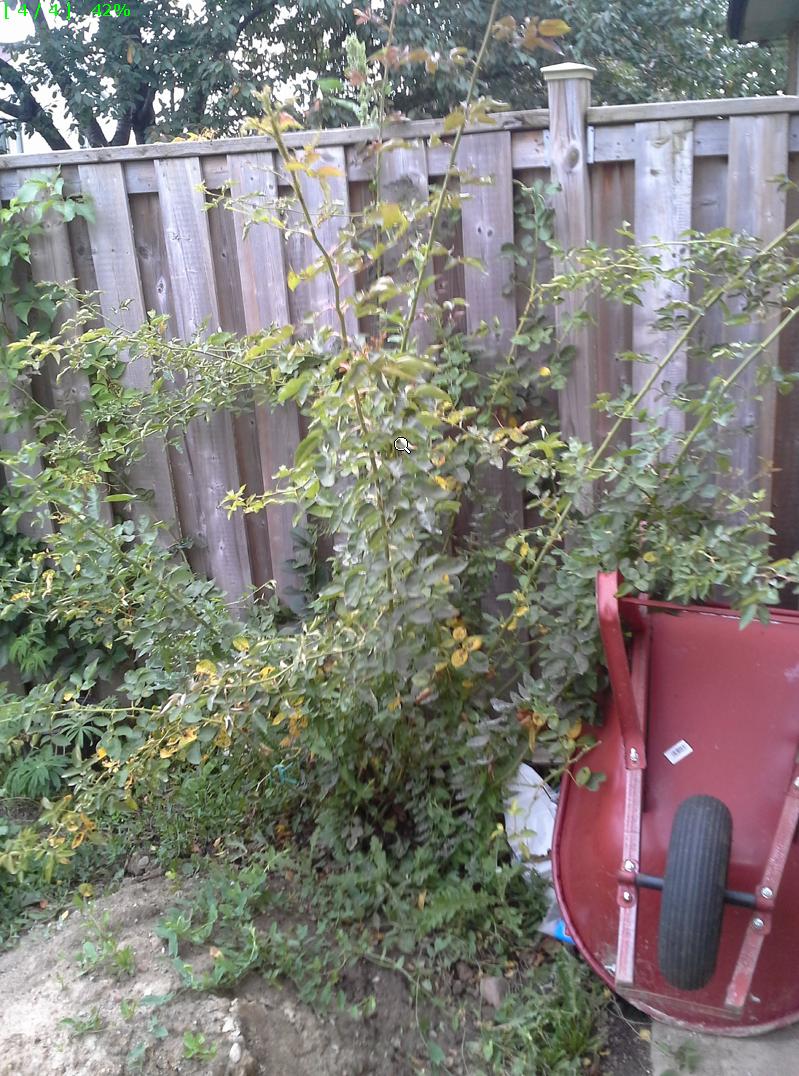 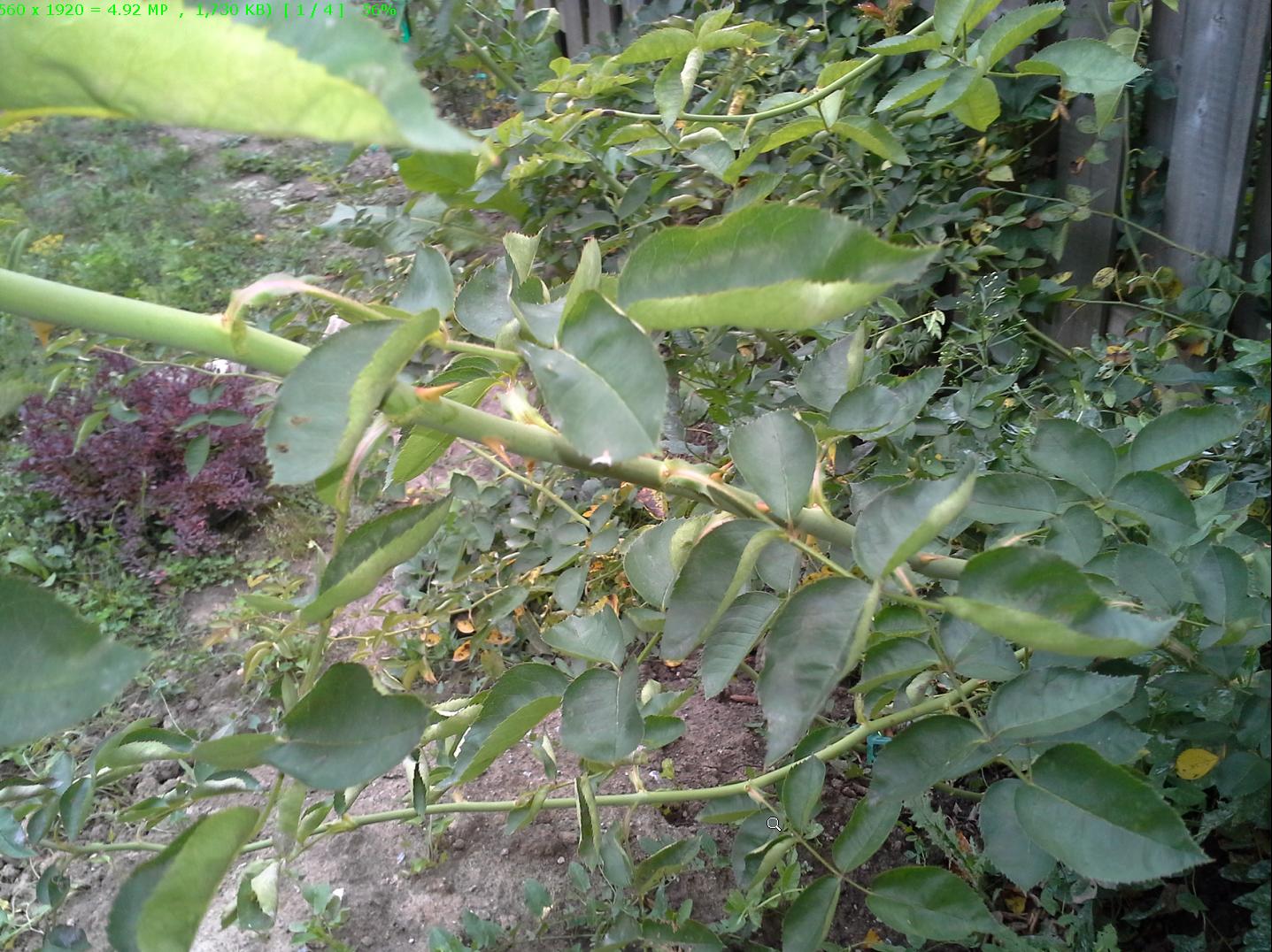 Update 2: Yes the grafting theory makes sense but the solution you are suggesting is going to be difficult to implement as it is not clear what is the flowering part Below I marked the flowering part but it is difficult to say of which part of those old roots it is coming out. This rose used to be where the walkway you see in the initial picture was. It was relocated and I remember that my brother in law worked quite a lot to move it. It sat in the original position for about 1 year and a a half and we saw no flowers. 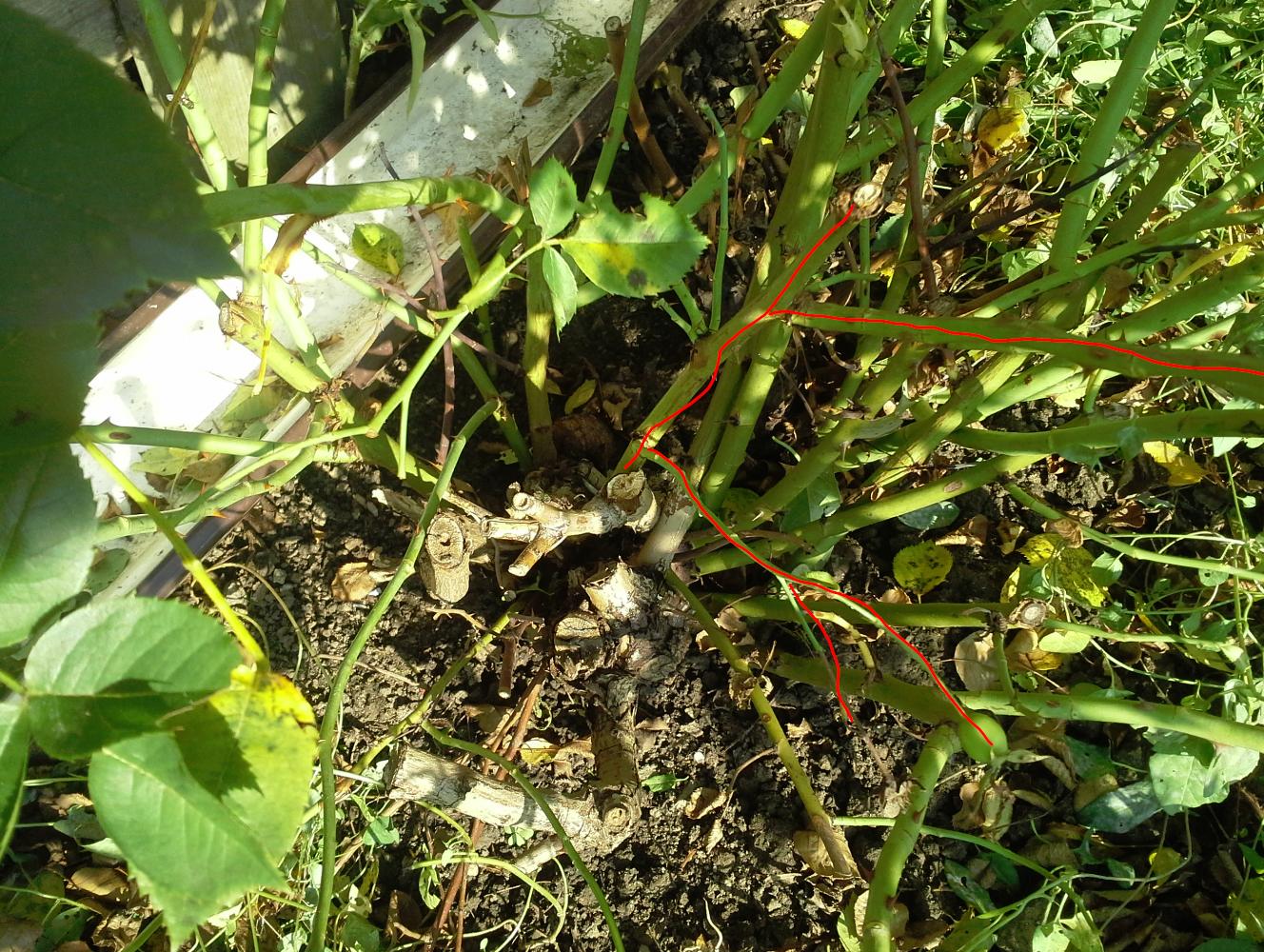 I suspect that the vigorous stems that grow upwards are in fact suckers coming from below the grafting point, that is from the rootstock. I don't see another explanation for the fact that the vertical vigorous stems have a much larger diameter than the stems producing flowers.

If this is the case, you have to remove the suckers, keep the grafting point above ground and avoid covering it with soil.

Your original rose plant is dead, what you have are the suckers from the rootstock, typically known as a wild rose- this growth is normally very vigorous and long stemmed with slightly lighter coloured foliage than the original plant- the picture looking down is showing that the original plant was pruned too hard and has made the scion shoot outwards- best to dig up and start again in a different place as often roses planted on older rose beds don't do well. The wild rose will have a pink/white single flower with red hips in autumn- plus the plant has black spot on the lower leaves- beginning of the end for that plant too. sorry for the bad news.

What I see from your pictures is that this rose is very near your lawn. When you fertilize your lawn you are using a fertilizer formula that is higher in nitrogen than P and K. That promotes vegetative growth, inhibits reproductive growth such as flowers and fruit.

That lawn has different needs than do your flowering plants. What happened that you had to redo part of your lawn? Is this lawn always in the shade? Is your rose in the sun or shade. That would also inhibit flowering of roses.

Not the answer you're looking for? Browse other questions tagged flowering roses or ask your own question.

4
Why does my rose bush have holes and white spots on the leaves? How can I help it?