I have two "sonic bloom" weigela bushes. They were both purchased at the same time and planted at the same time. There is a rose bush in between them and they all receive lots of sunlight and equal water. I'm in zone 7A.

One has stopped growing and instead is sprouting a TON of small buds all clustered together.

The other weigela has become huge in a few short months and this one is half its size. The other one also has started to flower. But not this one. Could it just be nutrients ? How can I save it? 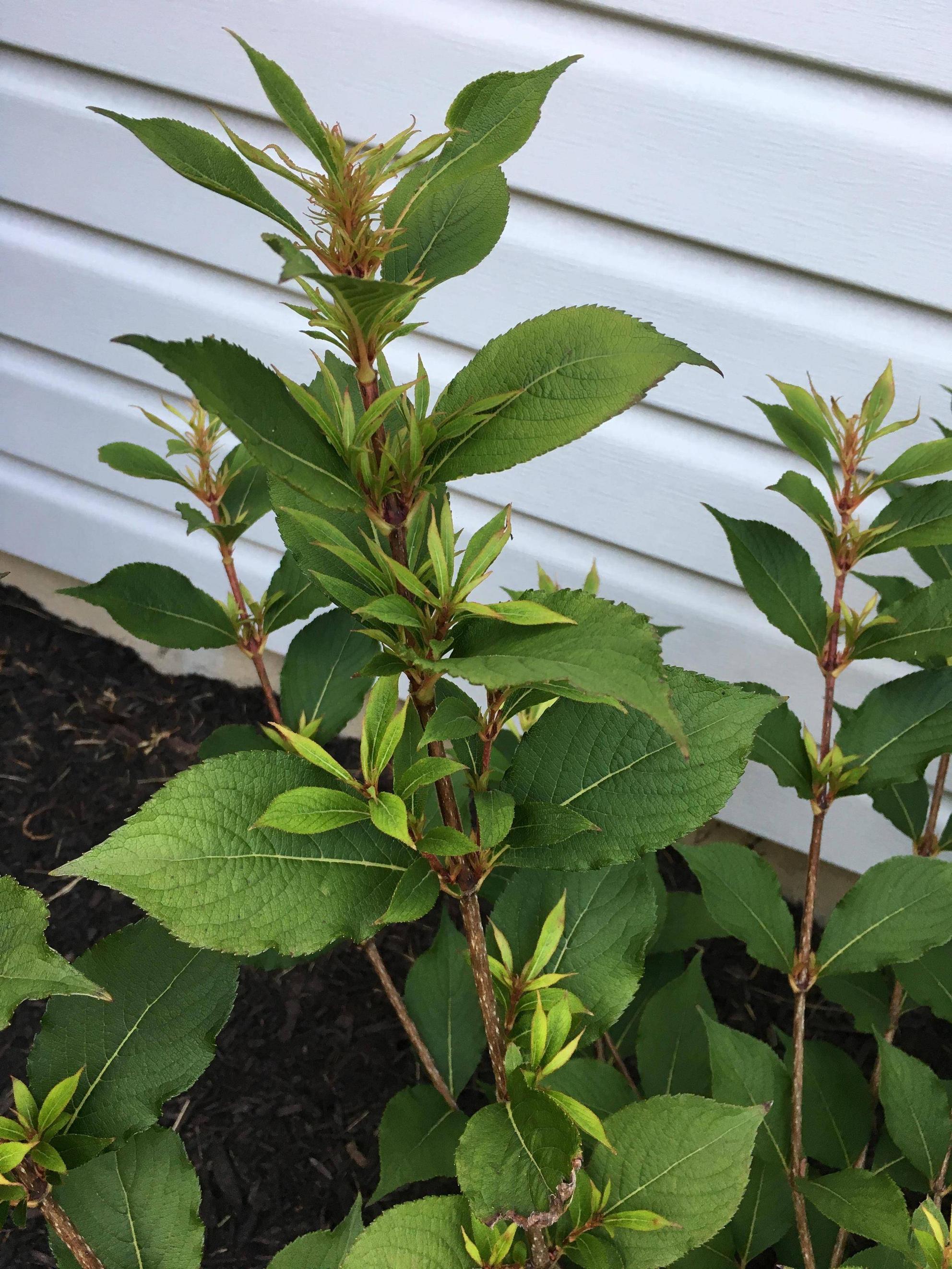 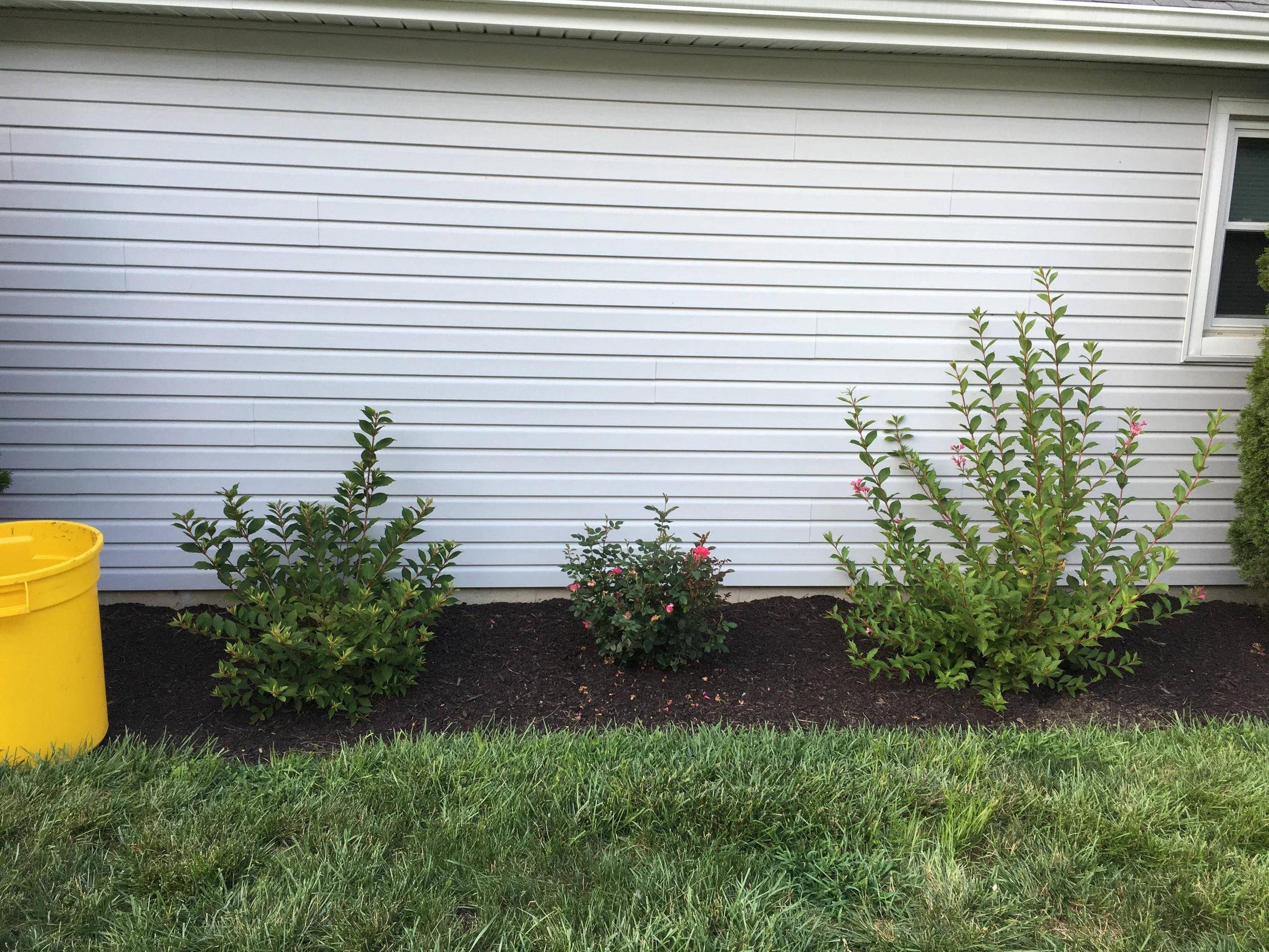 There are several things that can cause unusual growth, virus's, poisons, insects, lack of nutrients, all of these can have adverse affects on the hormone system of a plant. Its quite possible that the plant material used to propagate this specimen could have been contaminated with some sort of disease and then was given a chemical bath- both of which has caused this effect. The general colour of the leaves don't suggest anything nutrient wise and there doesn't seem to be any bugs on the leaves or stems, however with past experience, planting stuff next to a house like that does cause a few problems, firstly from the rain shadow caused by the over hang of the roof, but that can also cause flooding if the gutters are over whelmed- but again I don't see any disturbance on the soil. So I might add that something in the soil might be doing the damage? builders often bury allsorts of c**p under a new garden, often without thinking how this will affect anything growing on top- in one garden I landscaped many years ago we just gave up and removed the entire sites soil down the a depth of two foot and replaced it- 23 tons of topsoil being delivered in one day and you wouldn't believe the amount of stuff we found buried- an entire skip full! have a dig around and see what you find- and do a soil test of pH, nutrients the works, you can get cheap kits with test tubes etc- don't cost much and might explain what's happening. hope it helps. The only other thing I can suggest is dump the plant, renew the soil and hope it doesn't happen again (however it helps if one still got the receipt for the plant- you can blame the supplier if more plants do the same)

Not the answer you're looking for? Browse other questions tagged diagnosis plant-health or ask your own question.

14
What can cause the leaves of a rose bush to turn black and fall off?
3
What's Wrong with this Orchid?
3
Should I remove rhododendron buds which didn't open before the winter?
4
Hapless rose bush diagnosis
3
Why did a section of leaves on my Holly bush turn brown?
4
Dying French Lilac
5
What are my new blueberry bushes doing?
1
What's wrong with my Peony?
2
Elder (Sambucus nigra) losing leaves