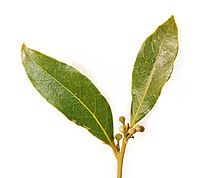 I planted in the summer of 2015 and this has happened since:

Summer 2015: Planted it from a small (baby tree). In the winter it dried out.

Summer 2016: It came up a new branch (I thought it had died!). The branch became around 60cm high, looking great. In the autumn a raindear ate its top leaves and in the winter it dried again.

Summer 2017: 3 branches came up, I put a fence (like this one) around it quite high so no animals reach it.

How can I make the branches survive over winter? (In Sweden there is quite litle light during winter and temperatures can drop to -25oC)

I thought about covering the small tree during the winter, should I cover just from snow, or close it more hermetic?

I'm in the UK so have much milder winters than you. But a few days of ~-10°C dipping to -13°C killed all the top growth of mine (unusually severe for southern England). While it came back in spring, the next (much less severe but still below freezing for a few days in a row) winter finished it off. This was growing in the ground. If I was expecting -10°C again I'd put it in the unheated greenhouse (where the potted lemon and olive spend the winter).

The replacement is in a pot and hasn't suffered at all in a sheltered corner against the house, for several years. Neither have two grown as ornamentals in pots in an open porch.

I've seen them described as frost hardy down to -5°C, which agrees with my experience. The difference between this and the temperatures you have would seem too great for fleece/bubble wrap but it might be worth a try.

Honestly what I'd do is put a small one in a nice pot, and lift it in for the winter. When it gets too big for that, try wrapping it in horticultural fleece or bubble wrap (less insulating but lets more light in; dont forget to wrap the pot as well) and leaving it outside. If you've already got one in the ground, or don't have room indoors, just have a go with the insulation.

Snow isn't too bad, it's the cold air you want to keep off it. In fact early snowfall can protect plants that are only slightly hardy.

I think it is too cold for Laurus nobilis.

It keeps its leaves, so it doesn't like very cold weather. I never had so much cold, but with -10 degree, the leaves start to become yellowish and nearly dead.

But I think you can plant it in a pot. It is a plant which can live under trees, so I think it can survive winter inside an house, with not much sun light. I would not water much in winter.

I have to admit its too cold for something like that (-25 far too cold) however... it does seem that the roots are protected and it does want to grow, or at least sucker up. which is fine if you want soft usable growth for cooking- usually only older plants seem to tolerate colder temperatures. may be buying a more mature plant might solve your problems however your budget might go through the roof! you could try to protect the plant in several ways using fleece (breathable protective material) or bubble wrap?( I saw once done on a garden full of bananas in paris- very successful) or even a cloche of some kind that could be removed during the summer? however I would be more concerned with day length in the winter that far north? being its an evergreen plant it will need light during the winter months and a balance of light and protection will have to be considered if its to survive, the only other thing is to think about bringing it indoors during the winter in a large pot? and treating it like topiary, clipping it small to keep it tidy, feed as such and keep an eye out for bugs/problems. hope it helps

10
What to do with a this tree which has become too big for its current position?
8
Bay Leaf Tree (Laurus Nobilis) with severe scale
5
Unlucky with maples every single time I plant them
6
Trees in narrow space behind retaining wall
8
Japanese Maple Care after years of neglect
4
Should I trim this small peach tree shoot?
3
Does my hemlock tree have wooly adelgid?
5
Is my tree dead?
3
Fire Damaged Bay Tree (Laurus nobilis) - What to do?
3
Tree not getting leaves in one section