How to get more shoots after pruning Yucca?

I have cut off the top of my Yucca elephantipes, and after a few months a new shoot comes from the stem. My question is, is it possible to get more than one shoot? And if yes, how to do that? How can I stimulate the plant to have more shoots (without pruning the new shoot)? 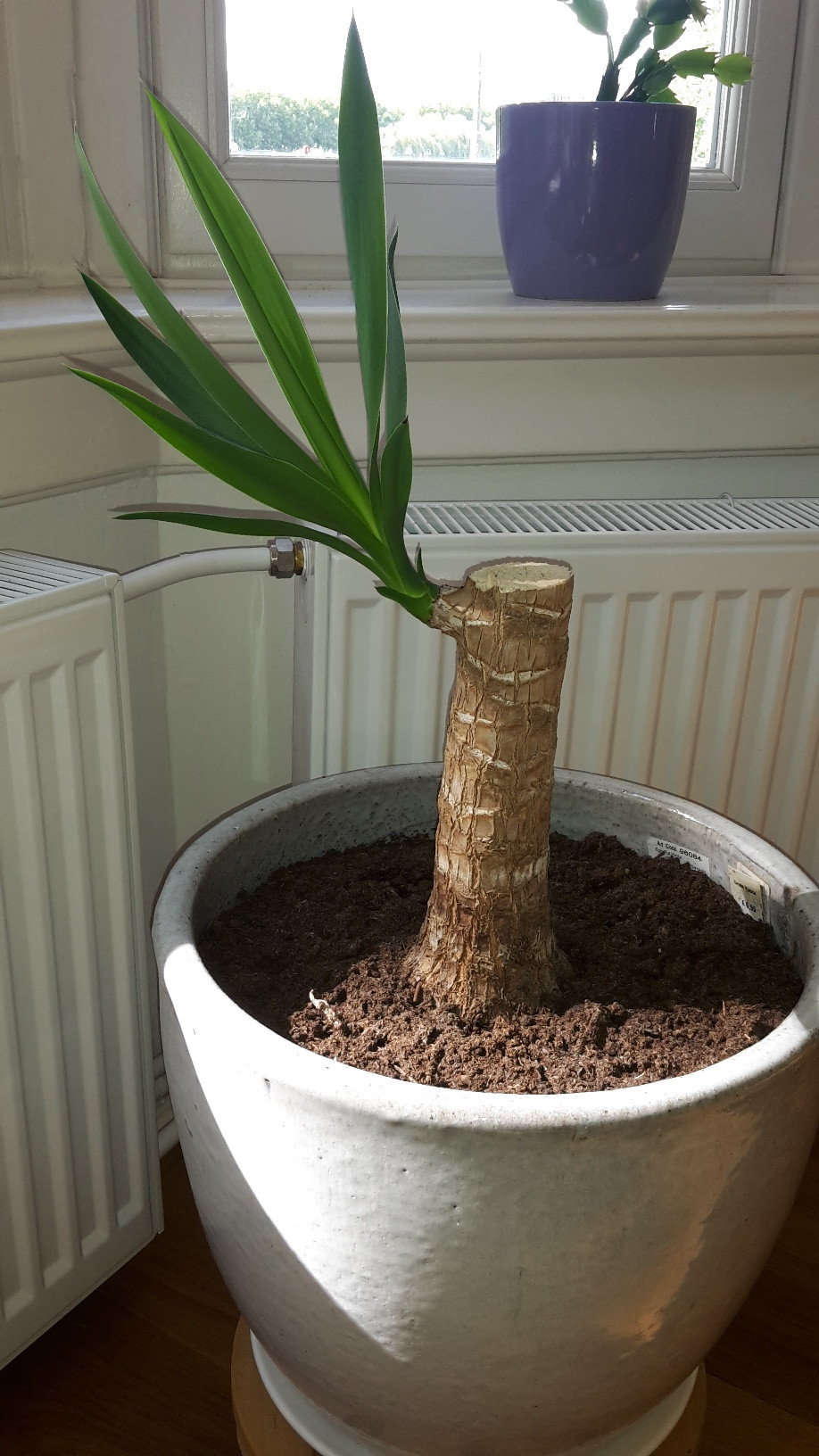 Some plants have epicormic buds under their bark and from these buds new shoots can emerge. It looks that your Yucca has them on the white areas of the trunk and you can lightly scratch the bark in those white areas where you want new growth. Be careful to scrach only the thin layer of the epidermis, otherwise the epicormic bud might be affected. I have tried this method on Fuchsia and Hedera and I'm curious how fast you'll get results on Yucca. Good luck!

I found one way to promote more new shoots with Yucca; lots of light.

Recently I have pruned a Yucca which was actually a cutting from the (mother)plant in the question (original post). I think the cutting was about 7-8 years old and was grown large indoors. I experimented with some of the leftover cuttings, to see what the effect of direct sunlight would be.

So in June I put one cutting in the garden outdoors, where it could take full sunlight for most of the day. Also one cutting was left indoors, next to a window facing North East (the place where the plant stood).

The cutting outdoors got multiple shoots after about a month, while the plant left indoor had no shoots at all. See picture of the outdoor plant, you'll see multiple shoots everywhere. I don't know yet how many will grow into real branches, but I am sure it will be more than one.

So lots of direct sunlight in spring or summer will trigger it to make more shoots. 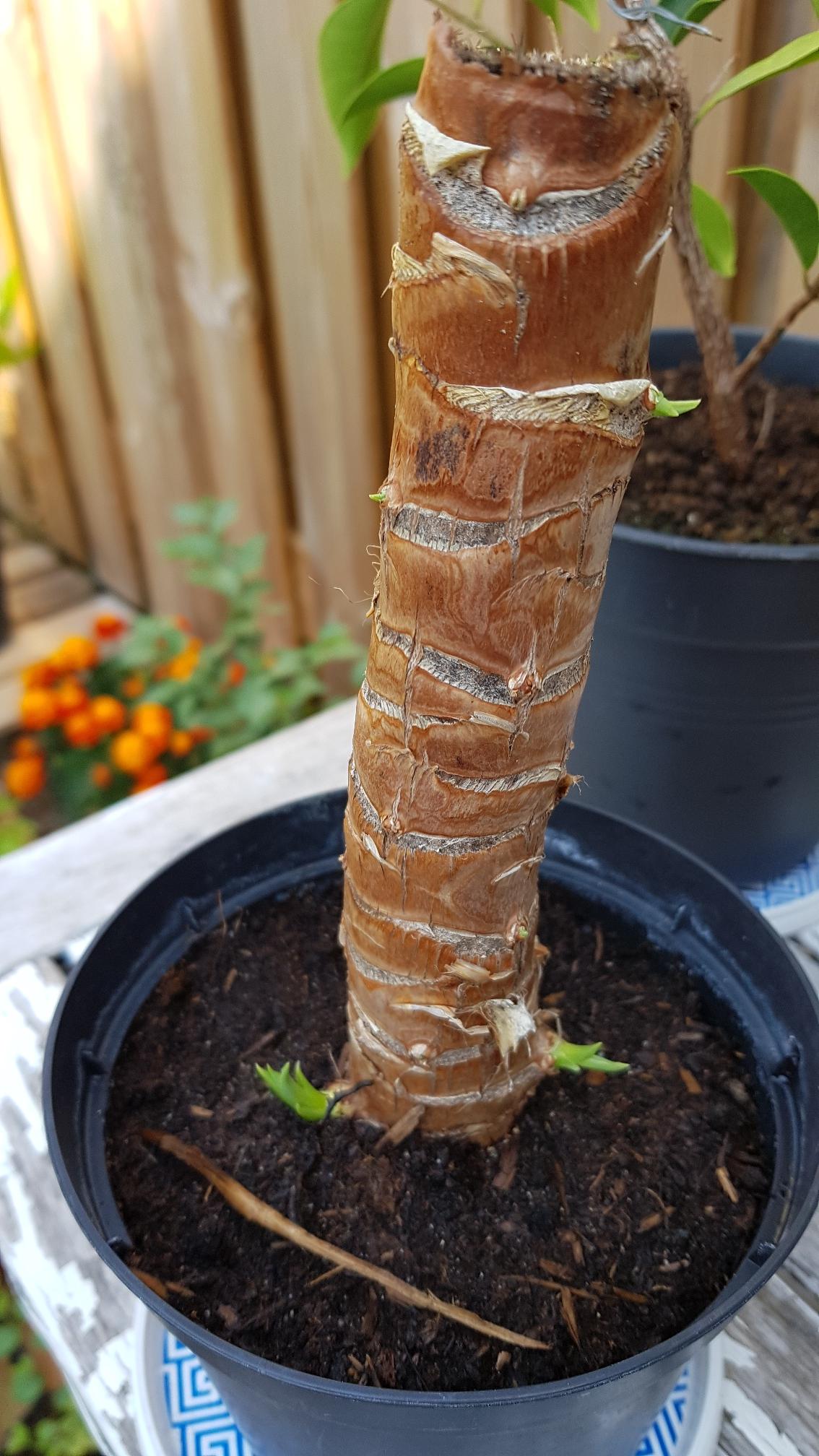 Not the answer you're looking for? Browse other questions tagged pruning or ask your own question.

2
Propagating a yucca houseplant from leafless portions of stem?

11
What's a good method for pruning an apple tree?
5
How can I get more foliage and flowers on my rose?
5
Should I prune this new olive tree?
6
My fuschia is dying after pruning
3
How can I encourage the side growth of a mango seedling through pruning?
4
I cut the top of my schefflera plant and it's been droopy since then
2
Is it too late to top this cayenne chili plant?
1
Ficus bonsai regrowth
0
How do I preserve a rose bush over the winter?