How to revive my bay tree after heat wave / drought?

We live in London and went in holiday for 2 weeks and London had a heatwave. Now my bay tree looks like this, how can I recover it?

Update: To update you all, I ended up leaving it a bit longer and eventually it started to regrow. It's a bit of a monster at the moment but I'm hoping with time it will recover.

Thanks Bamboo and Musser for your help! 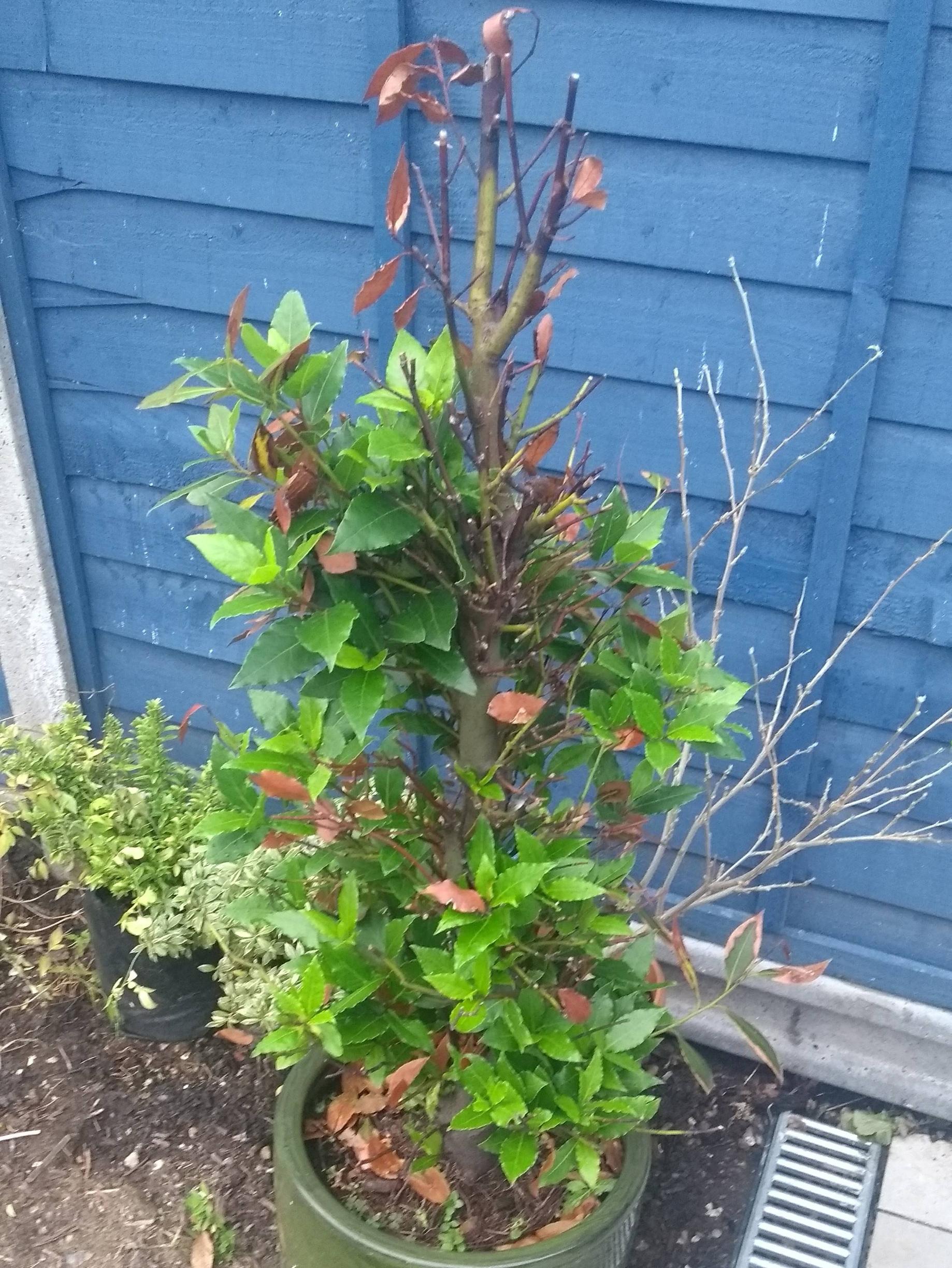 Oh dear, that's a bit of a disaster, isn't it. Obviously, keep it well watered, but if the topgrowth gets any drier and browner and starts falling over the next 5 days, cut it all down, because by then, the best you can hope for is it regrows off the roots. With any luck, the roots haven't given up, its just sacrificed its topgrowth in order to survive. I think it's unlikely it will look good even if the top starts growing again, too much dead stuff which won't recover, so you could decide to just cut it down now.

I'm a bit puzzled though,, thinking about it - I live in London, and the heatwave ended two weeks ago, so if you've been back two weeks and it still looks this bad, cut it down now.

7
What soil mixture should I use for my office Schefflera?
3
Do I need to shade my veggie garden during a heat wave?
5
Why are my snack peppers wilting?
2
Saving a blueberry bush that lost all leaves
3
What is this plant and how to take care of it?
2
Chrysanthemum blooms partially deformed and colors faded
0
Cordyline has dropped many leaves. Remaining look curly and browning at tips