What is this long, thin green pepper?

I think I got the wrong kind of pepper. On the tag it says they are ready at 10cm and yellow. Now they are still green and nearly 30 cm!

What kind of pepper is this and how do I know when it's ready? 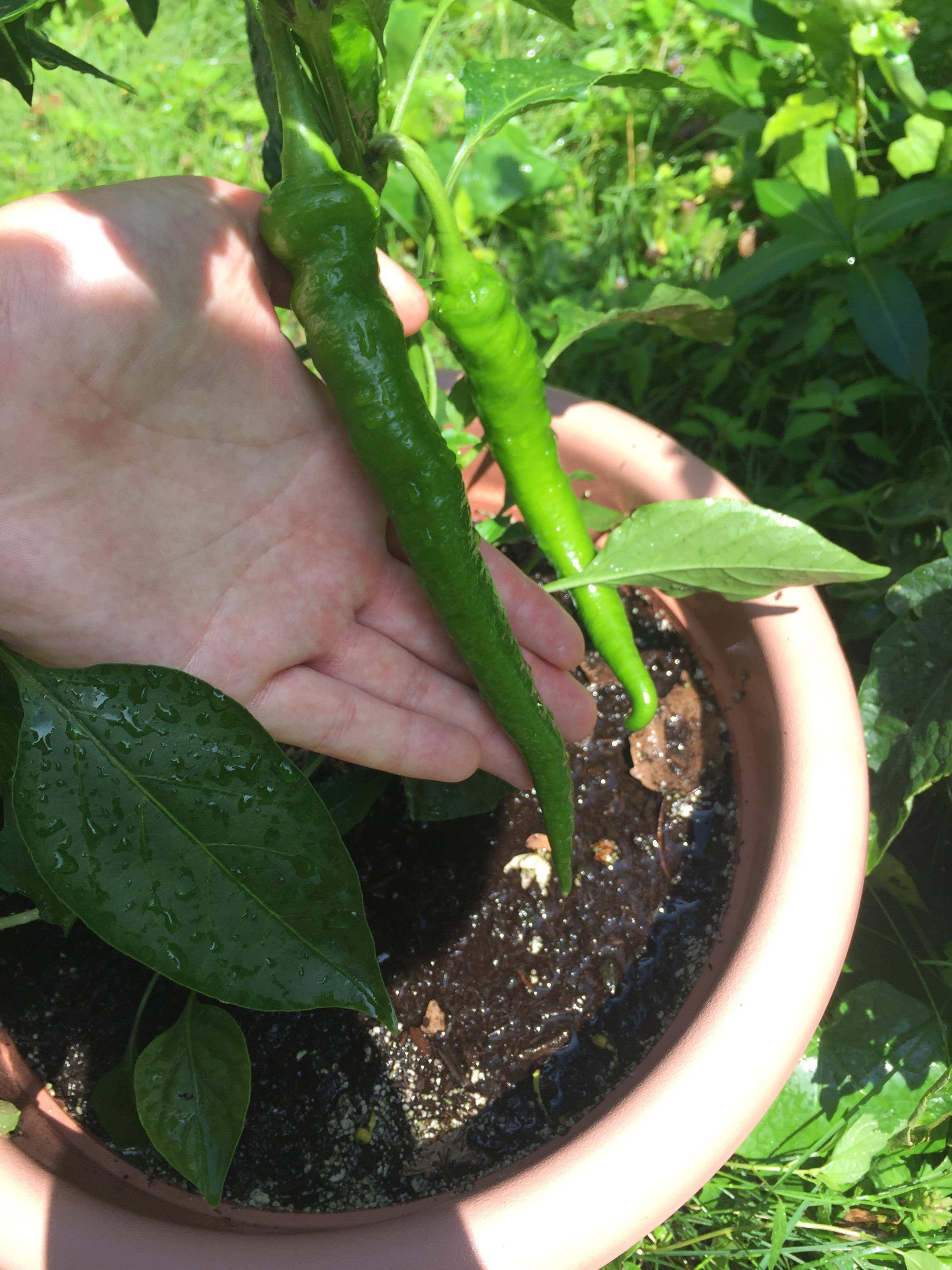 This is the tag: 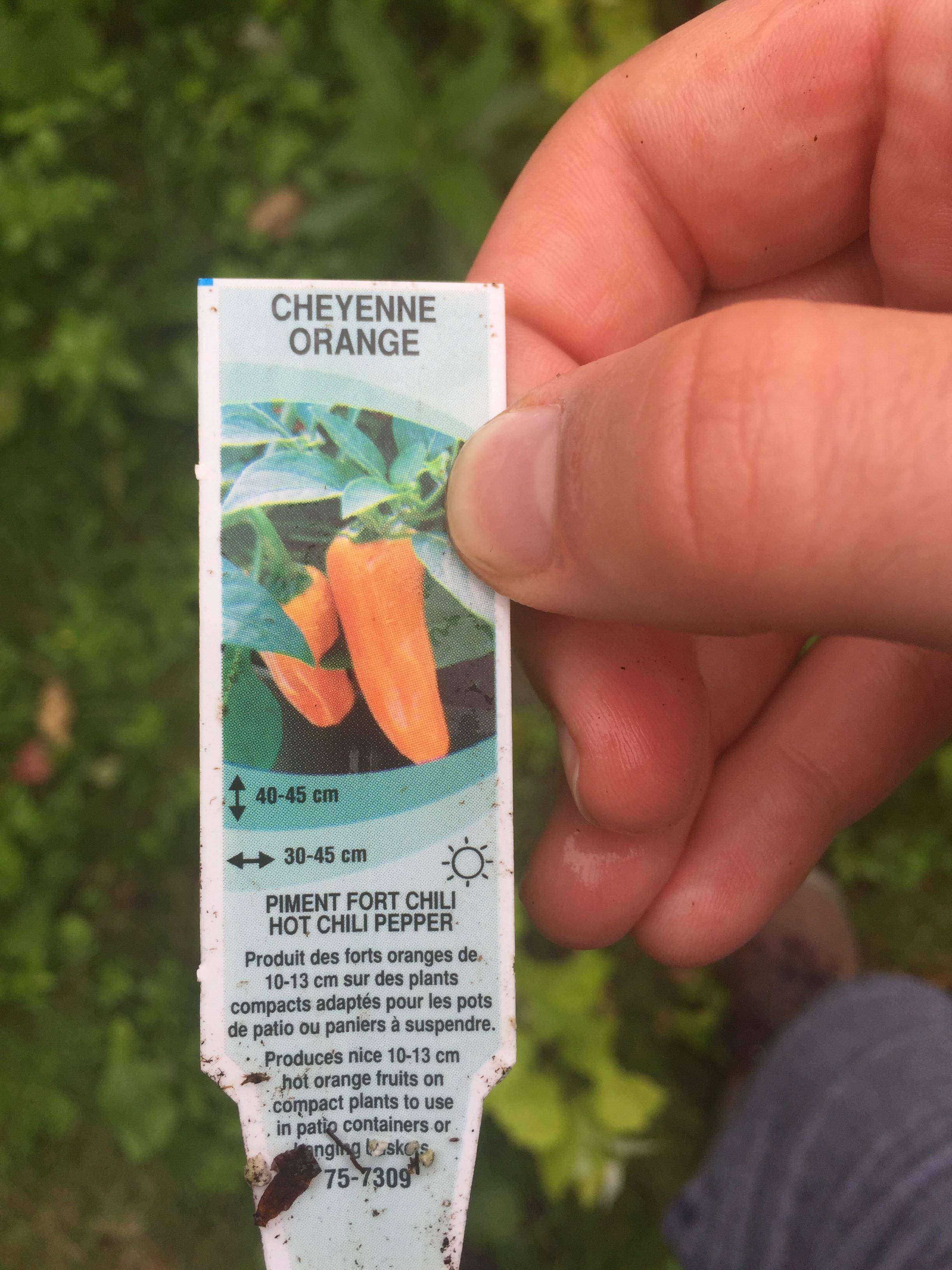 Since Cheyenne Orange is an F1 hybrid, it's possible that they let the mother plant pollinate itself on accident. Maybe this is the mother variety of the cross.

Lacking that, it could be a mutation or mixed up seed, but which is anyone's guess. In all three scenarios, it could potentially breed true. If it doesn't breed true, I'm sure it's not the mother of the cross.

Your pepper looks similar to Corbaci, except Corbaci is more twisty and doesn't start green (it starts yellow).

To know when it's ready, since it's an unfamiliar kind of pepper, you may just have to taste it at every color phase and decide for yourself. However, if it is the mother of the cross, you might use Cheyenne Orange's instructions as a guideline in you experiments (since it could share a lot of its genetics). I'm guessing they usually harvest Cheyenne Orange when orange. This may or may not turn orange, but it should turn at least one color.

It could be Cow Horn, maybe, or some kind of Cayenne (Cheyenne is spelled a lot like Cayenne, anyhow; it would make sense for Cayenne to be the mother of the cross here). Cheyenne Orange F1 has a similar Scoville rating as Cayenne.

This is not an answer but it is easier to send a link. This guy is growing only peppers in this video. He also does lots of other garden videos and he is real...kind of cute, I don't go by all he says but most is good. But watch this video and all the different peppers. Makes me want to grow even more peppers! He grabs peppers that look like yours and eats them; crunch crunch crunch...great resource. Perhaps this will help for now?pepper growing dude