Can you identify this plant, please? 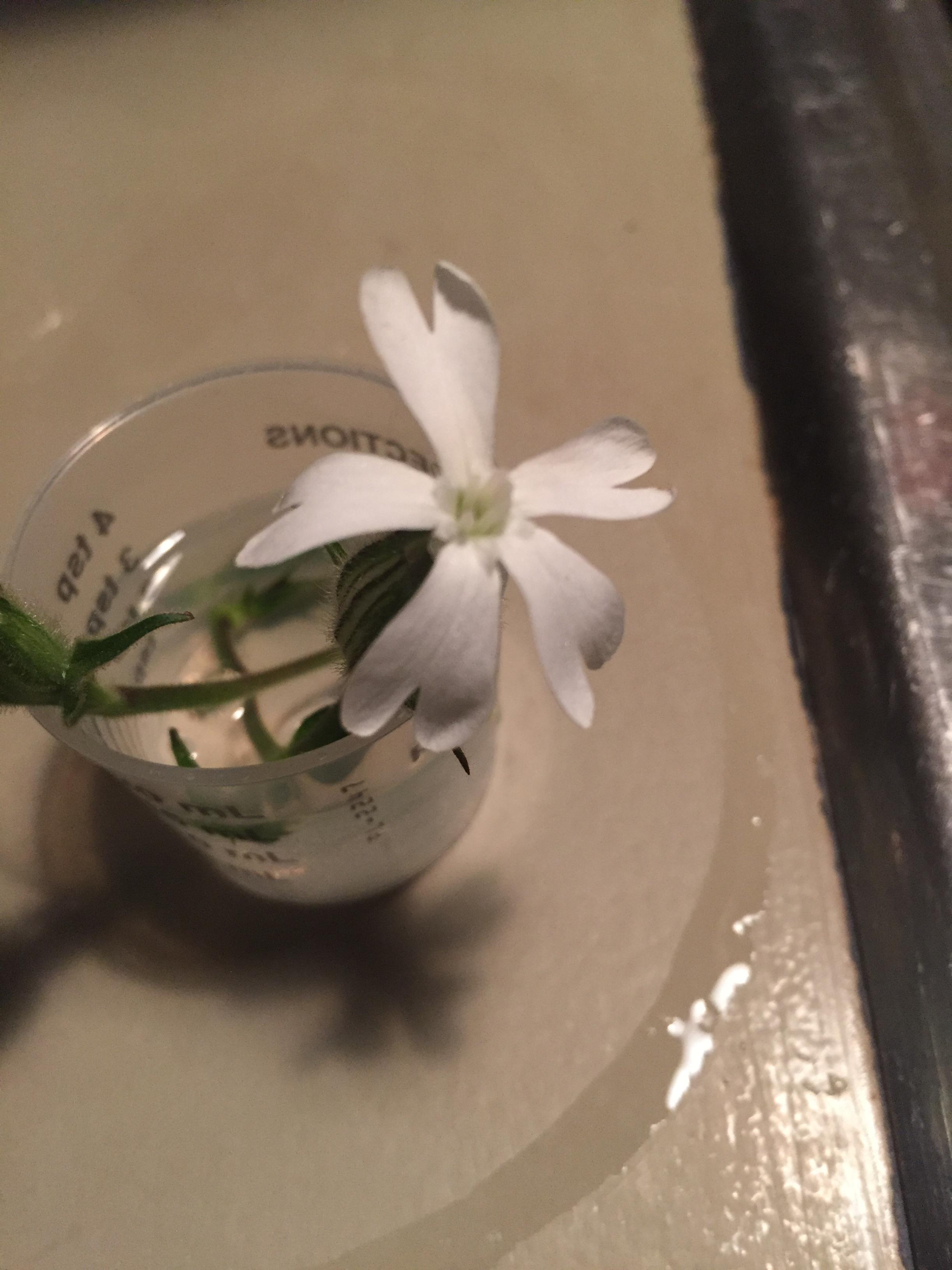 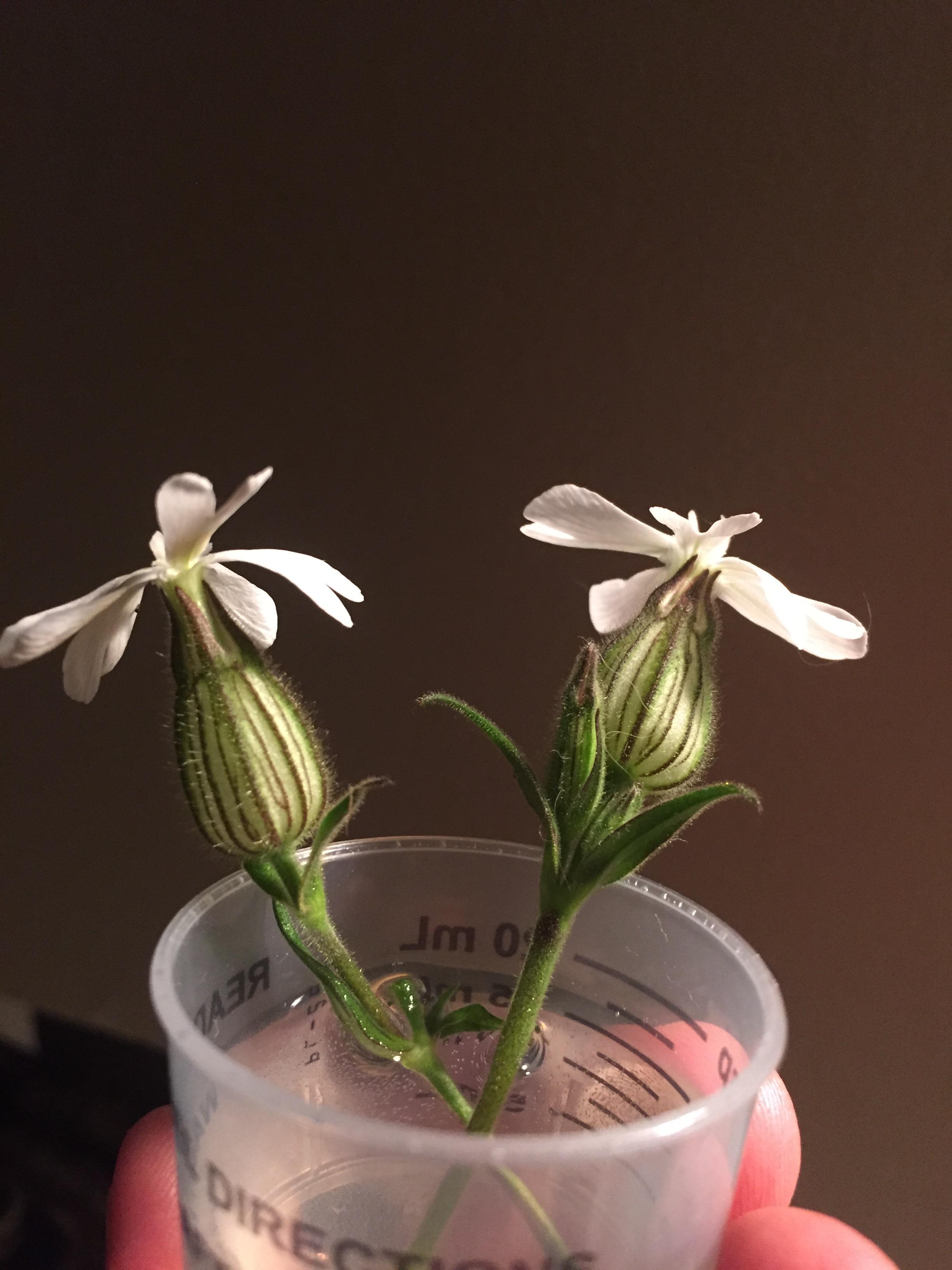 This shrub first appeared in my overflow garden two summers ago. As I was missing my Snow Day Surprise plant, I off-handedly assumed it was that. It has reappeared in the same spot two more consecutive years ~ bigger, but with no other off shoots ~ which makes me think it is not a weed.

It is about 4 feet tall (I tried adding a pic of the whole bush but I had gone over the accepted Mb limit) with thick green stalks coming out of the insignificant root; off of which there are many smaller green branches. There are lance shaped leaves (3 inches in length) on the branches. The pure white flowers are profuse and have been in bloom for about a month now. They close up in the heat of the day and open when the air is cooler. There are five heart shaped petals (1 inch in diameter) and a bulbous pod immediately beneath the flower.

I would have thought with that many descriptors I could have easily found it on google; but to no avail. Thank you kindly for your insight; I'd like to figure out what to do with it! 😊

Sincerely, Karen Oh, I am in Zone 5 Nova Scotia

Looks like White Campion to me, Latin name Silene latifolia, a biennial or perennial plant, but check the image here http://www.toronto-wildlife.com/Plants/Pink_Carnation_family/plants_family_pink_carnation.html

In order to compare leaves, you should google 'Silene latifolia foliage' to check it's the right plant.

I agree with Bamboo. I think this is white campion 'silene latifolia', or bladder campion is what I've always known it as. I've dealt with bladder campion a lot which can get very weedy if you allow it to go to seed.