What is this white fungus like growth on my mango tree roots?

It has rained constantly for the past week and suddenly today I noticed this very aggressively growing white thing. Can you guys please tell me if this is dangerous for the tree? I have seen mushrooms come out in my garden after rainfalls but they soon wither away adding nutrition to my soil, so I am wondering if this will be a helpful ingredient as well. 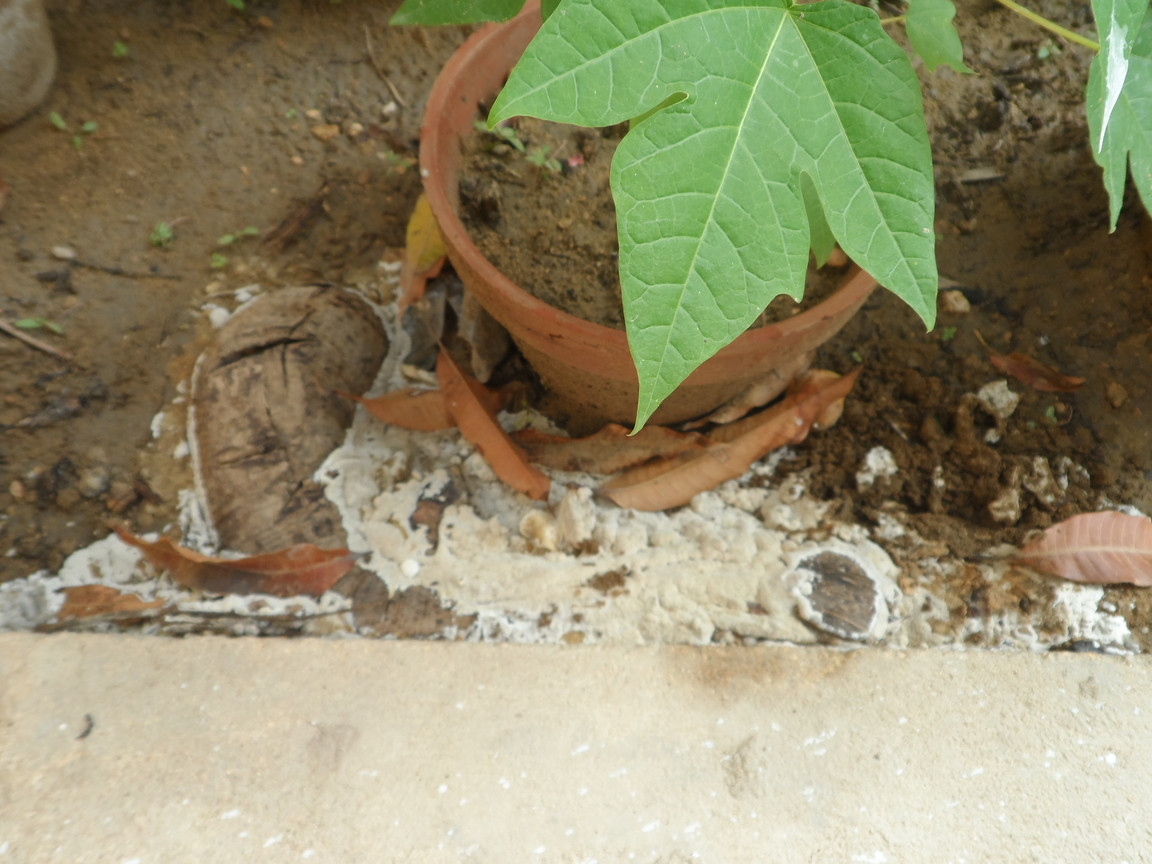 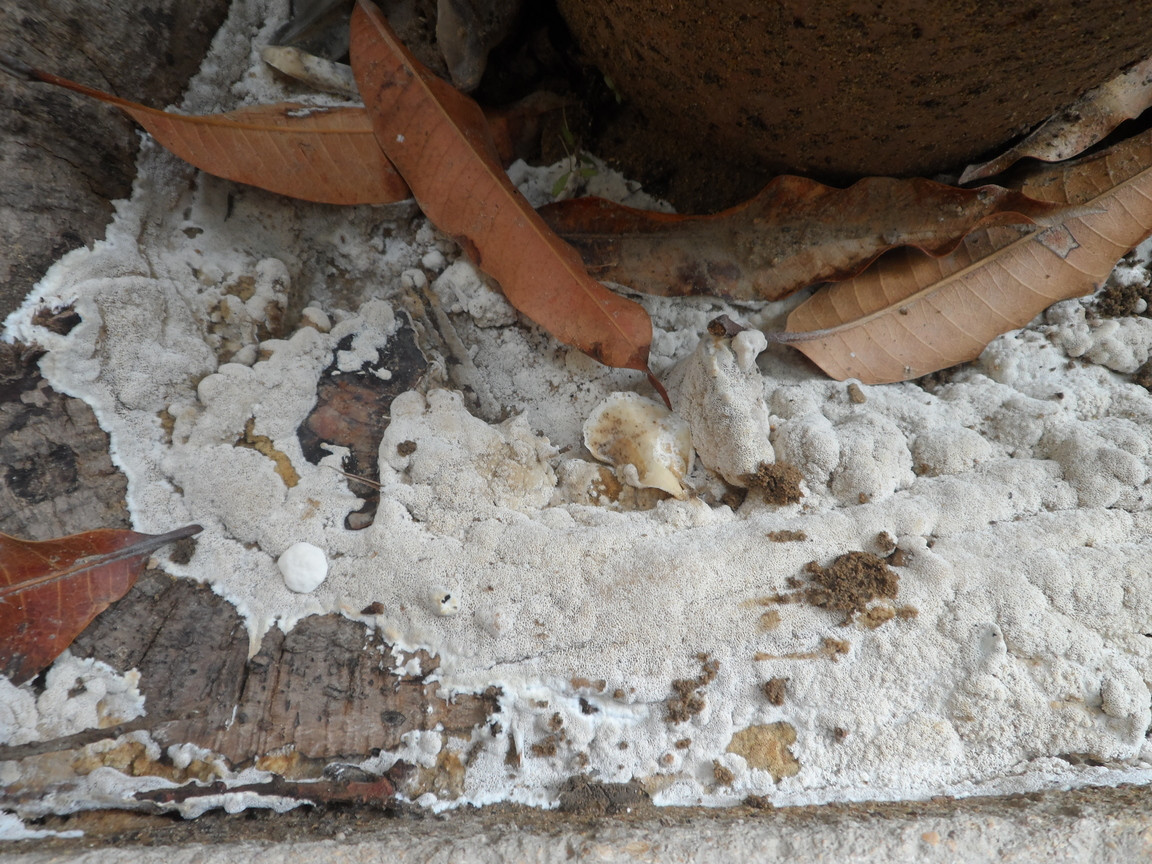 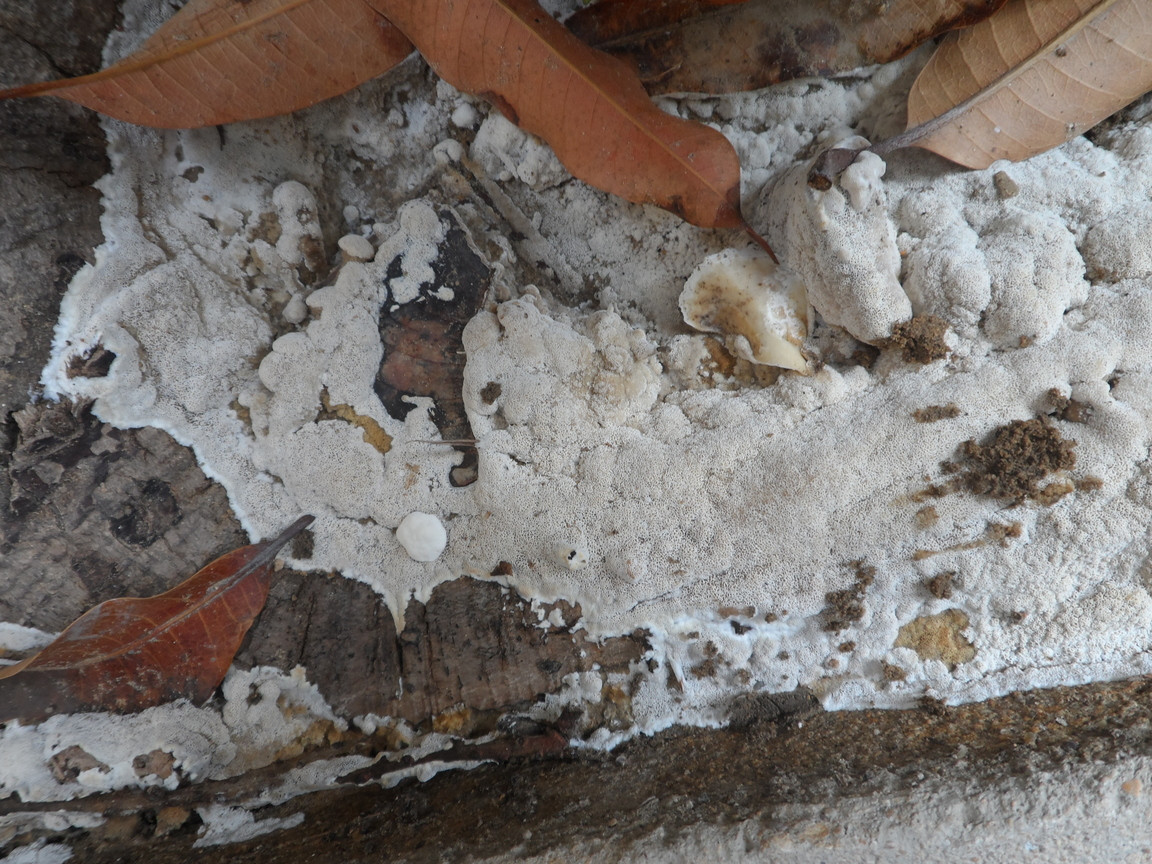 Hopefully, as you've had a lot of rain, this is just a slime mould which has taken the opportunity to grow while it's so damp. It should pass on its own as it dries out, and if it is that, it won't cause harm to the mango root.

If this buttress root has appeared over time above ground, do not attempt to cover it with anything like soil or mulch, leave it fully exposed to the air. If it's horizontal, running along the ground, then it is likely to get pretty wet during wet weather, and you may find it occasionally has fungal growth over the top. The only thing to worry about is if you see honey coloured toadstools (which usually appear in early autumn) in the vicinity, because that might be honey fungus, but you haven't reported any symptoms or problems with the mango tree in your question, so it doesn't seem like it's that.

Ensure that pot isn't actually standing on any of the exposed roots, keep it clear, well away so that water from the pot is not constantly passing over the root.

Not the answer you're looking for? Browse other questions tagged roots fungus or ask your own question.