I recently purchased a new construction home. The backyard came unfinished and the yard is sloping away from the house.

From what it looks like, the yard is subsoil, it looks like it's essentially all the stuff building debris/rocks scraped off the land when the developers were building/grading the foundation.

Grass obviously can't grow on this so I assume I will need tons of topsoil prior to grading/seeding (4 inches?) I live in the Pacific Northwest so we get a lot of rain during the winter season so erosion and runoff is generally a concern on a sloped backyard.

I recently finished spraying glysophate 41% (roundup) on the whole yard, I expect it to die out in a week or two. I assume I need to pull all the weeds out prior to adding the top soil, I will also have to remove the large rocks/roots/general debris from the subsoil.

Any recommendations or techniques on how to make the topsoil stay on the sloped hill?? It's roughly 30-40 degree slope.

Any advice is greatly appreciated. My end goal is to have a grass seeded in September.

edit: Pictures here - http://imgur.com/a/v1HWc You can see how the fence slopes to get an idea of the hill. I plan on putting a garden bed on a majority of the slope with trees/shrubs/mulch and maybe have stairs to the right of the house. The picture of the dirt was with the rake, I pretty much can't really "dig" at all. Water does pond up on some parts from what I have seen.

Really need to get an idea of slope. Use Rise/Run = Slope. Lawn is not always the easiest way to create a decent landscape to support the value or increase the value of your home.

You do not need to till the new topsoil into your subsurface soil. You may not need topsoil at all. I've seen sod grow quite well and for a long time ON GRAVEL.

Making tiers with your sloped land is fairly easy, inexpensive and very interesting! If you sent me an as-built with at least 3 elevations I could help with grading. You are very lucky to have your soil slope away from your home. You could easily make a few garden walls; less than 18" high, that would be gorgeous and solid and usable.

Please send pictures. Look for your 'As-Built' that should be in your mortgage paperwork. 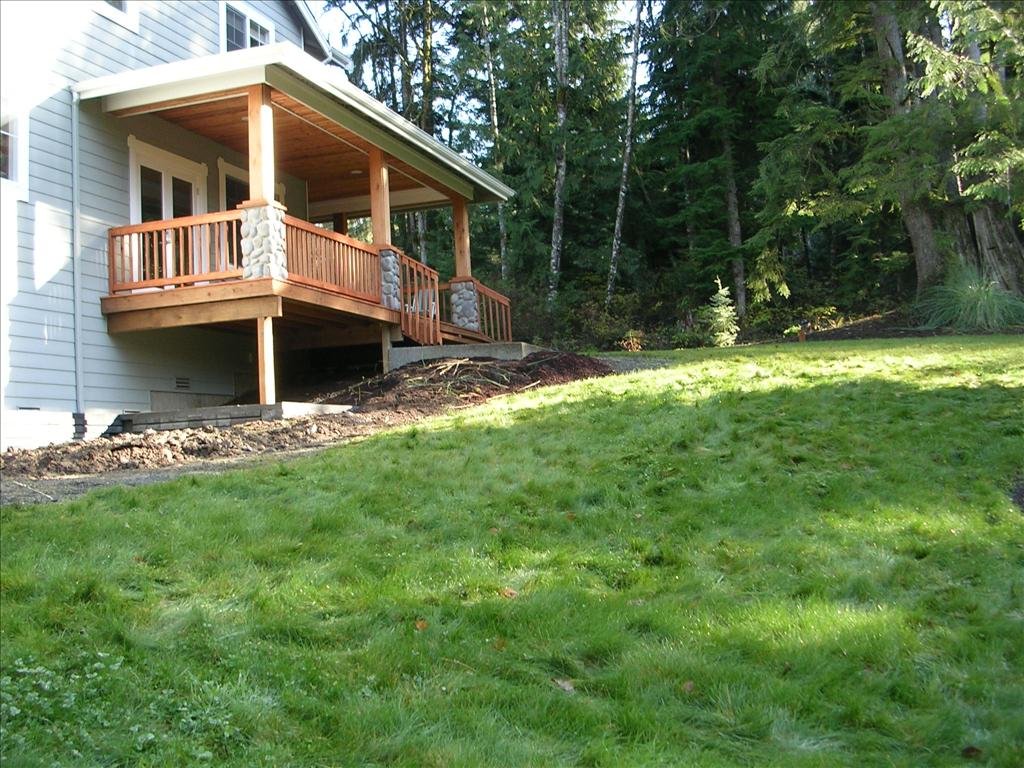 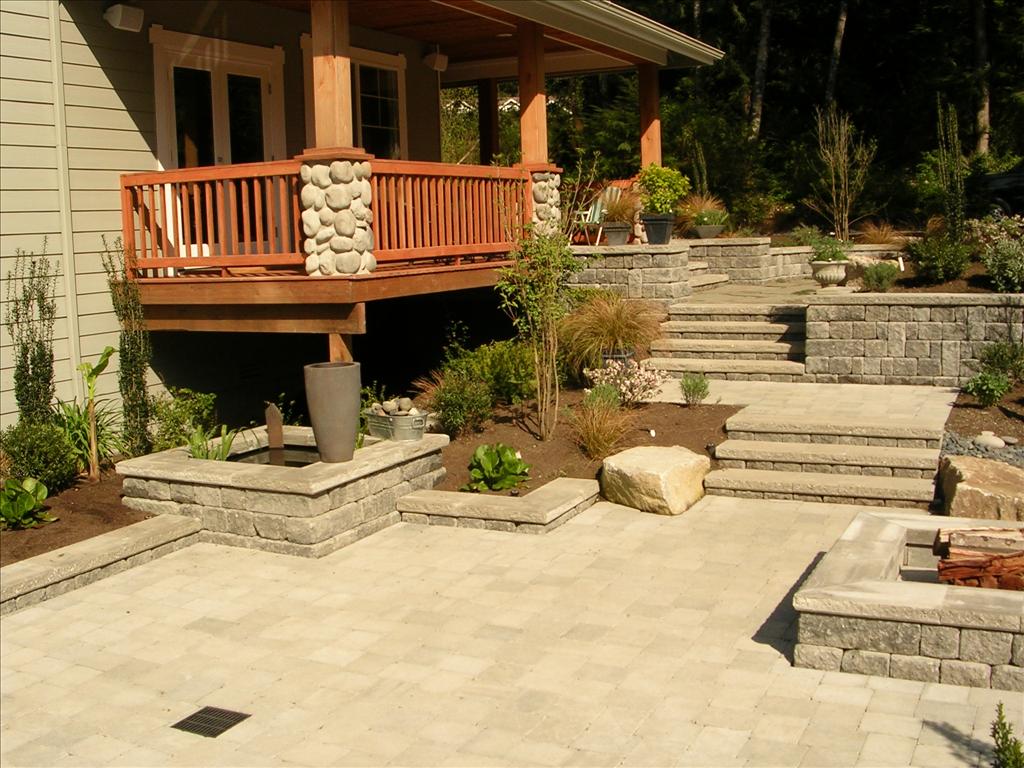 You do not have to go to this extreme...but this client's home DOUBLED in value with this landscaping.

Grass/lawn is not the only option but a very inexpensive way to to do something with your land so you don't have a muddy site for this winter. I'd have a seed company spray your entire property for grass and that will at least make it not muddy and unfinished...that works very well. You do not want to mess with your soil except for finish grading. The grass seeding company can help as well.

Then when you are able you really need to do a bit of professional work.

Not the answer you're looking for? Browse other questions tagged lawn-repair or ask your own question.