What kind of Crocosmia are these?

There are many of these Crocosmia growing in my garden in South East England and I would love to know the exact type. They have just started blooming in the last week or so. 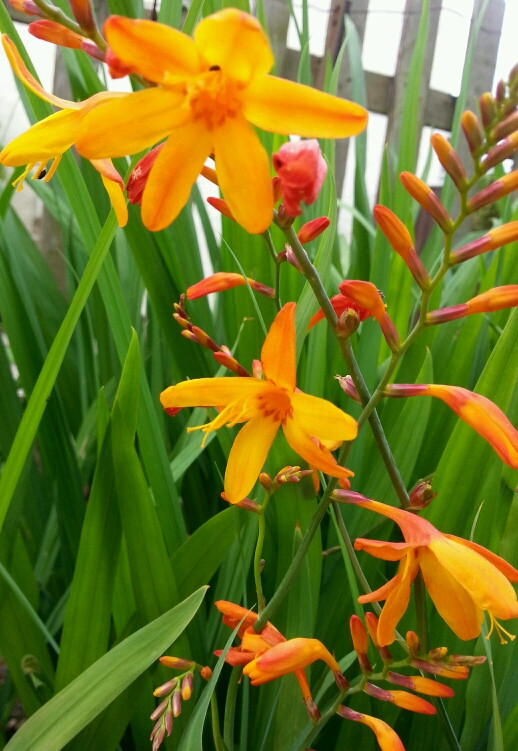 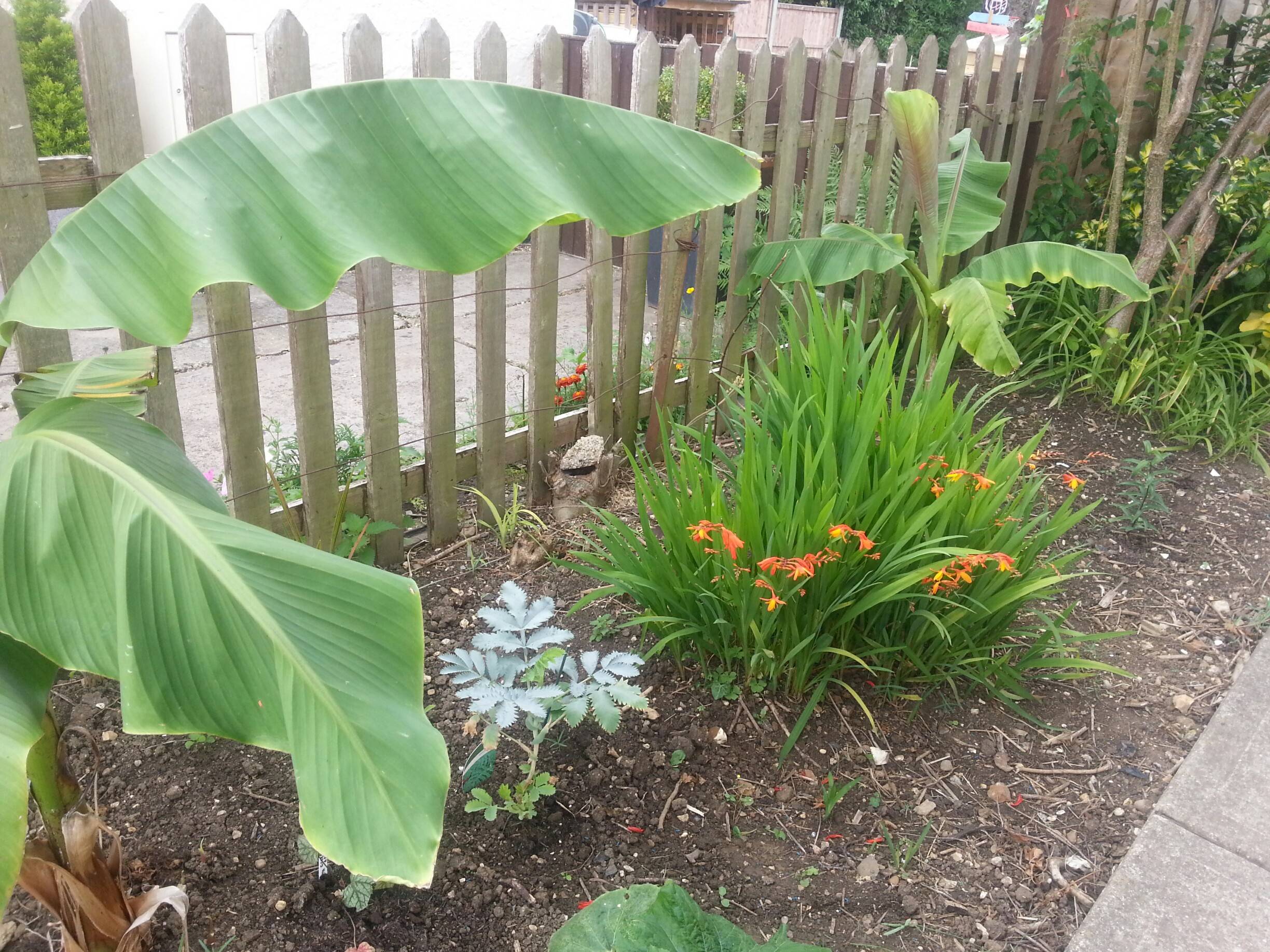 It is the one that grows wild here in the UK, commonly known as Montbretia, latin name Crocosmia crocosmifolia. Originally a French cross between two other crocosmia, it was introduced to the UK in 1880 as a garden plant, but escaped and spread widely from 1910 or so onwards. It is often seen in hedgerows in Cornwall particularly, but also Devon and Wales, and on wild land in the south east generally, as well as being ubiquitous in our gardens. You will not find it for sale anywhere, it's usually acquired by donation from someone else, or just appears. Newer hybrids and varieties generally have stiffer leaves, are often taller, usually flower a little earlier than yours, and the flower colours range from yellow through to bright red. Crocosmia 'Lucifer' is one of the best of the taller varieties.

The only image I can find is within a PDF document, and I have no clue how to link to this - it's a page on Montbretia from the GB Non Native Species Secretariat. Although there are other sites that come up if you Google montbretia, none of them show the now endemic variety which grows wild in Cornwall and the South East - they all show newer varieties.

It seems to be Crocosmia Lady Hamilton.

It's the best matches of descriptions found on Garden Guides: 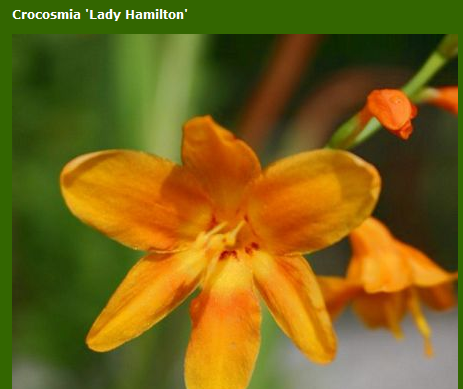