Is something wrong with my plants?

I've planted some herbs on my balcony in hanging flower boxes. I live in Illinois so it's pretty hot and humid around this time of the year. My parsley has been showing discoloration my basil has some kind of brown spots on some of the leaves. Also, the rosemary seems to be unable to grow new stems and the base of the existing stems is somewhat brownish. I've posted images for all three. Here are my questions:

I would appreciate any advice on the matter! Thanks! 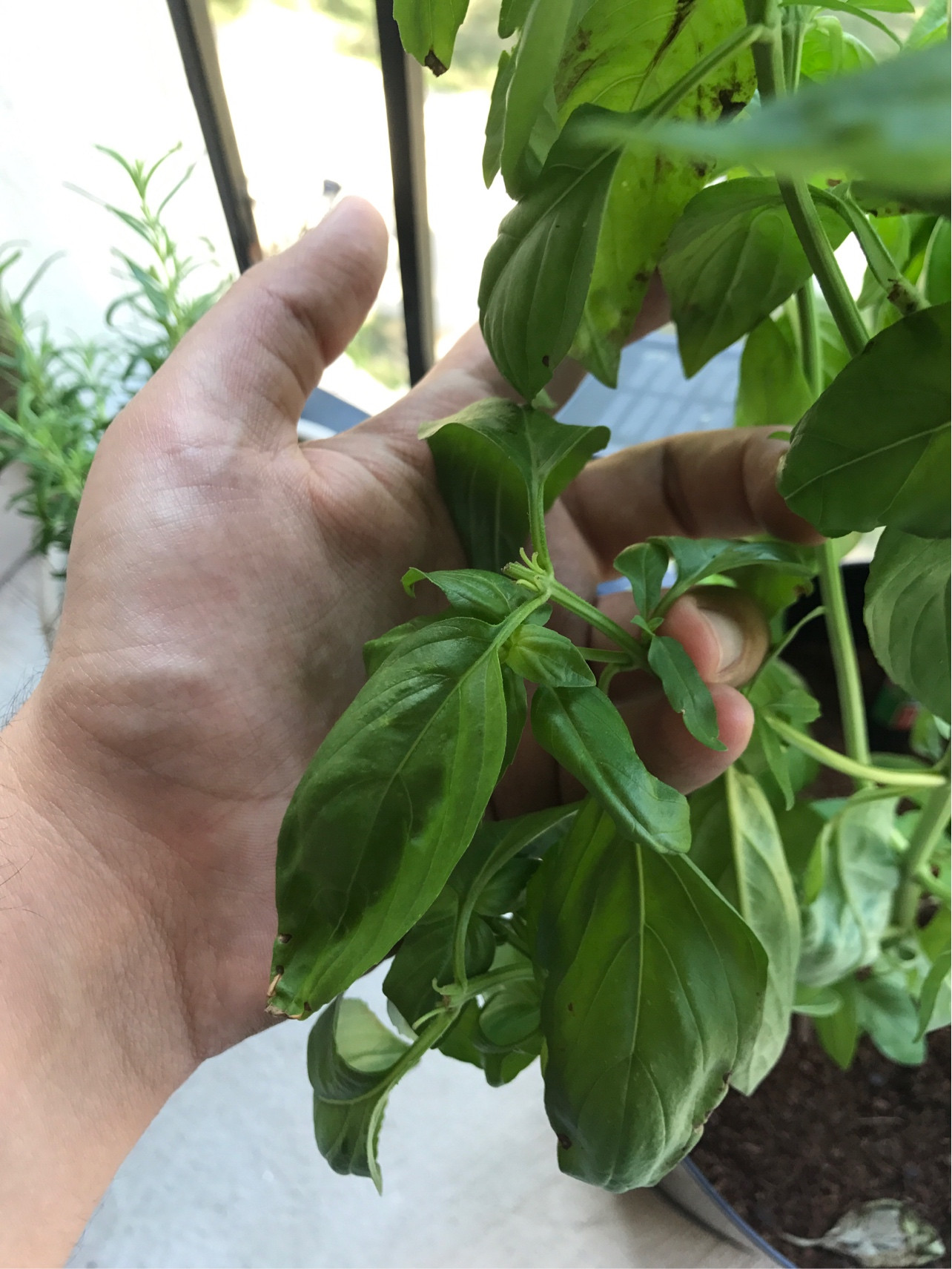 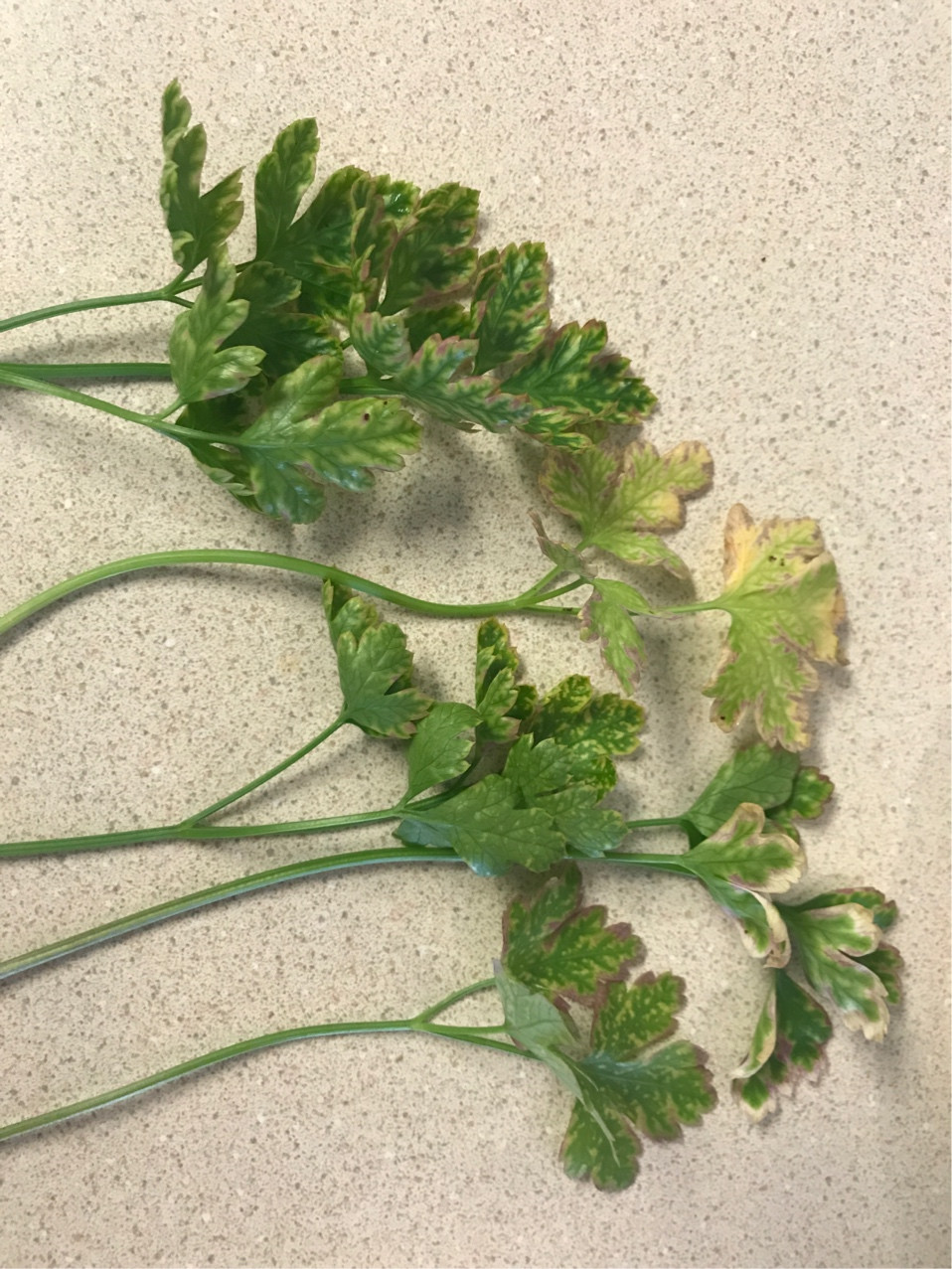 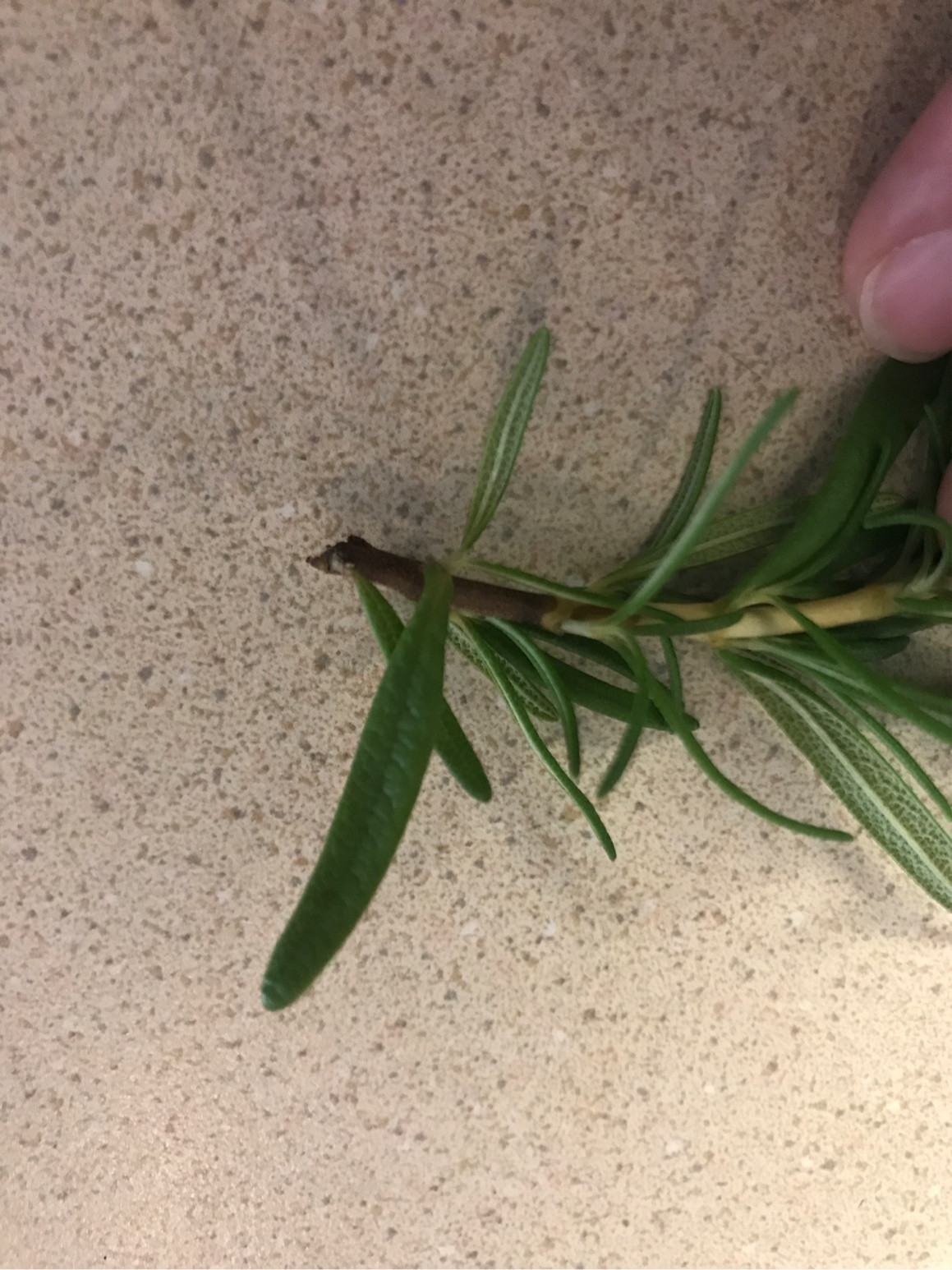 Pictures of all the pots in which the plants are planted: 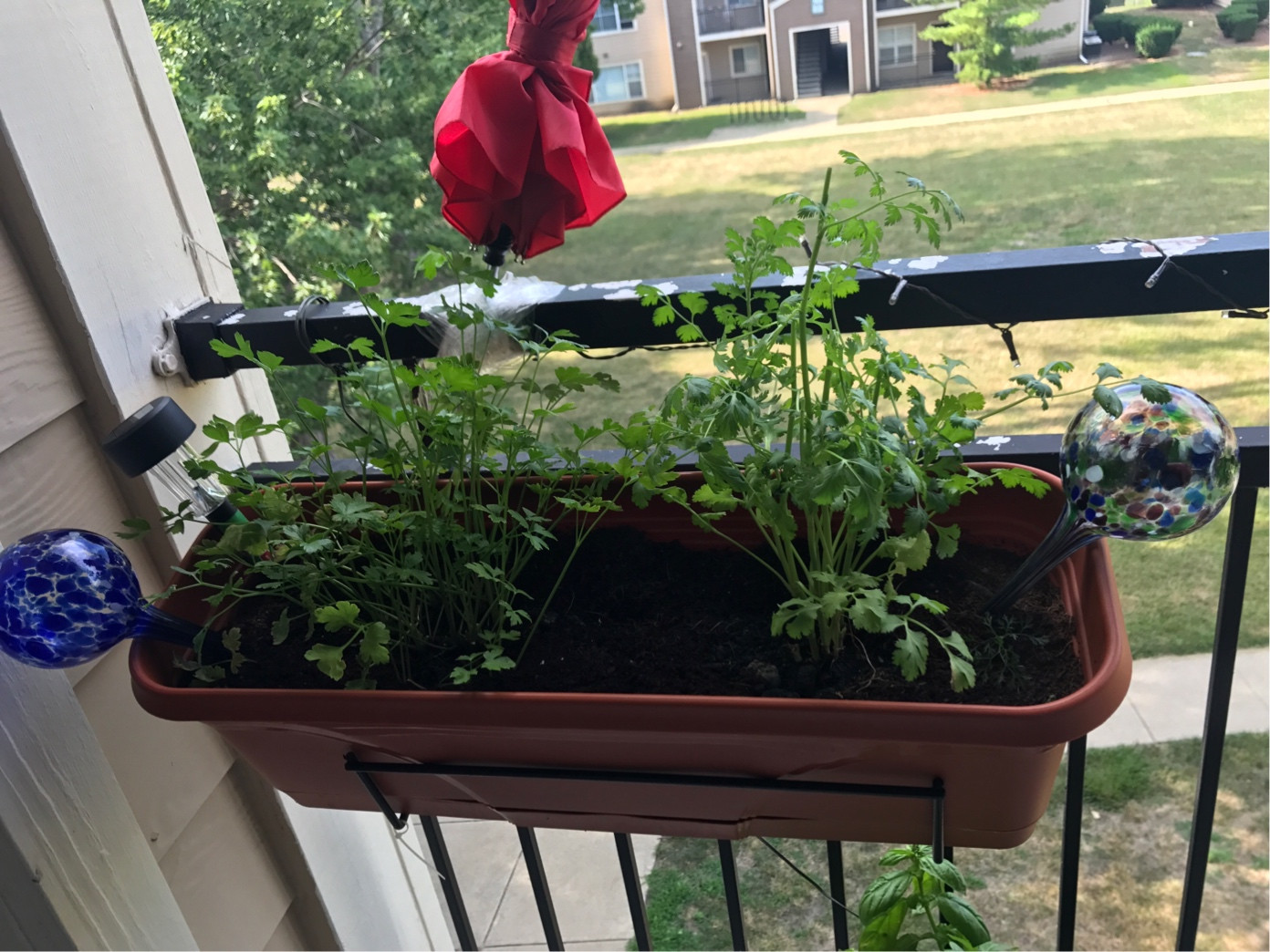 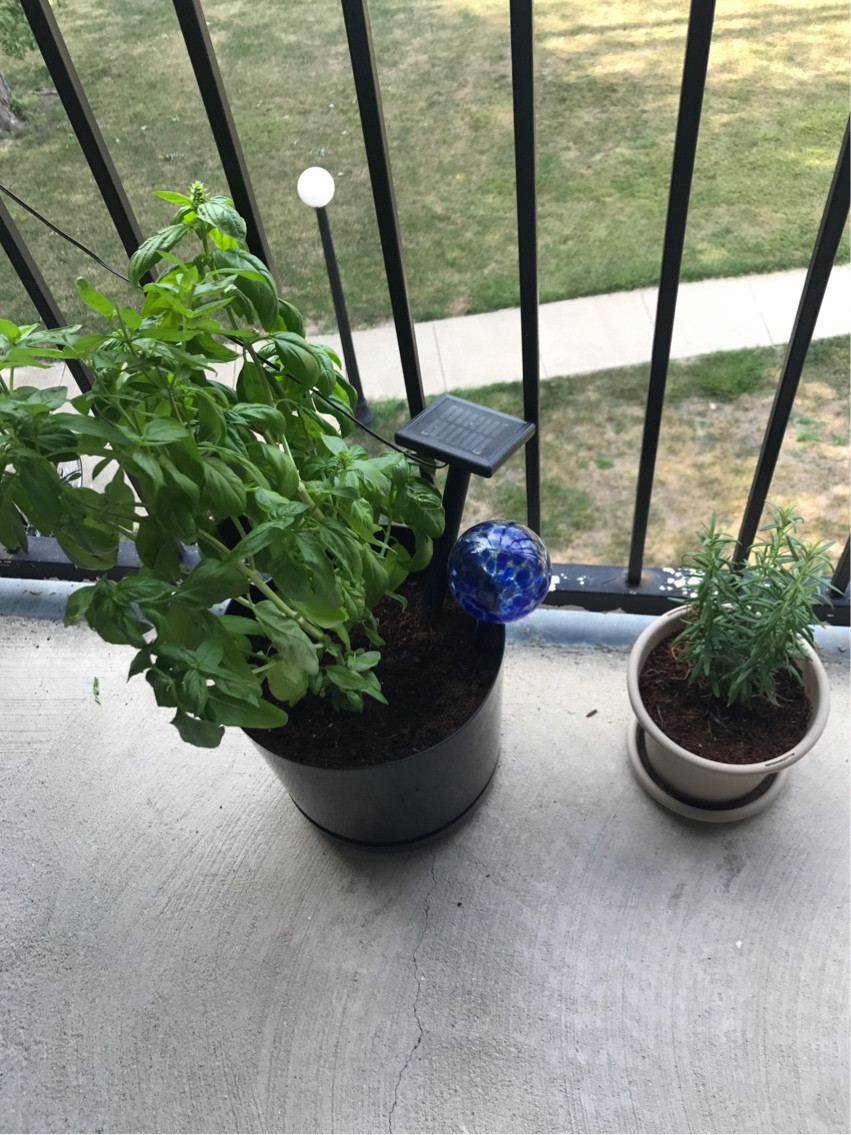 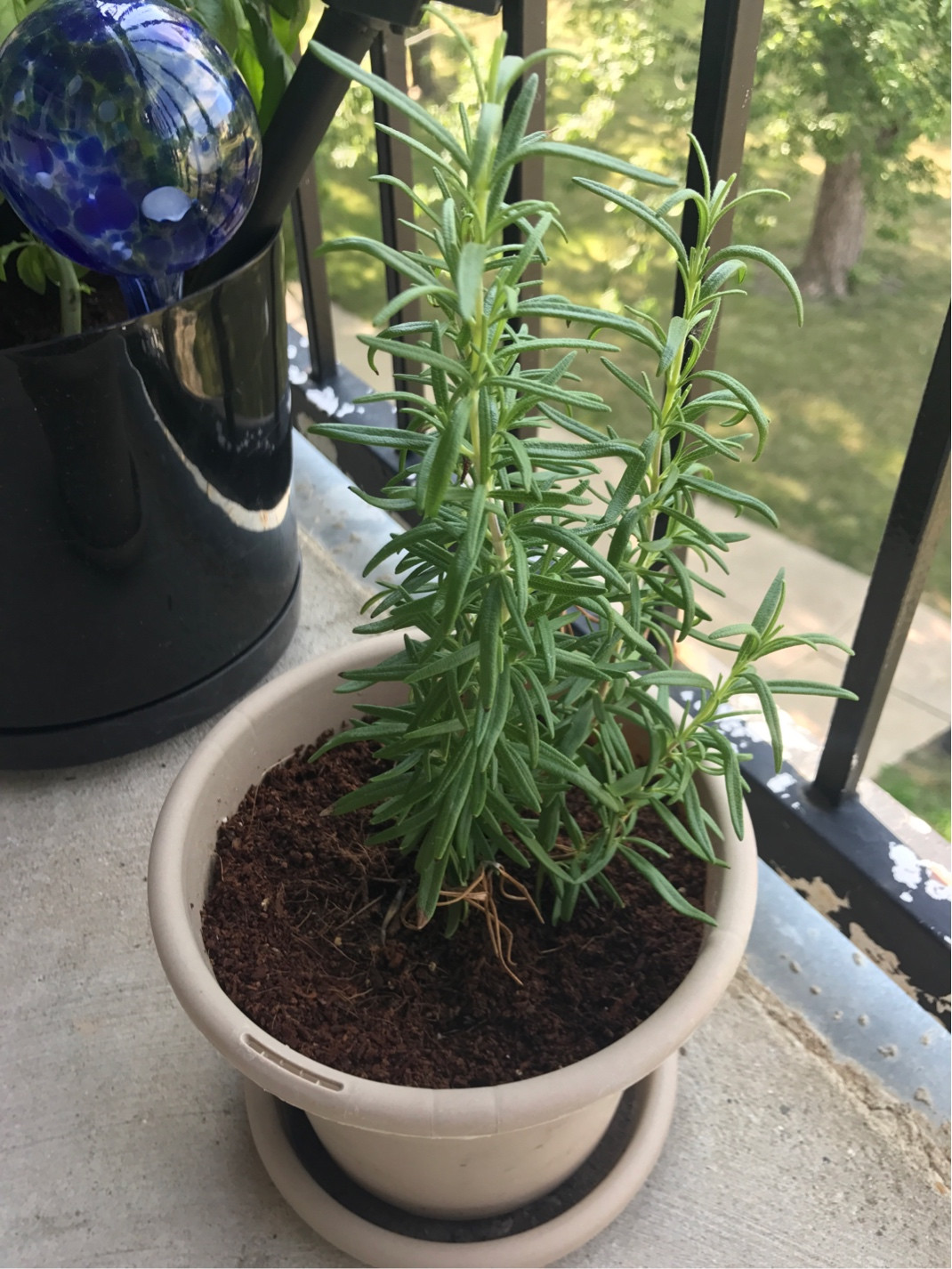 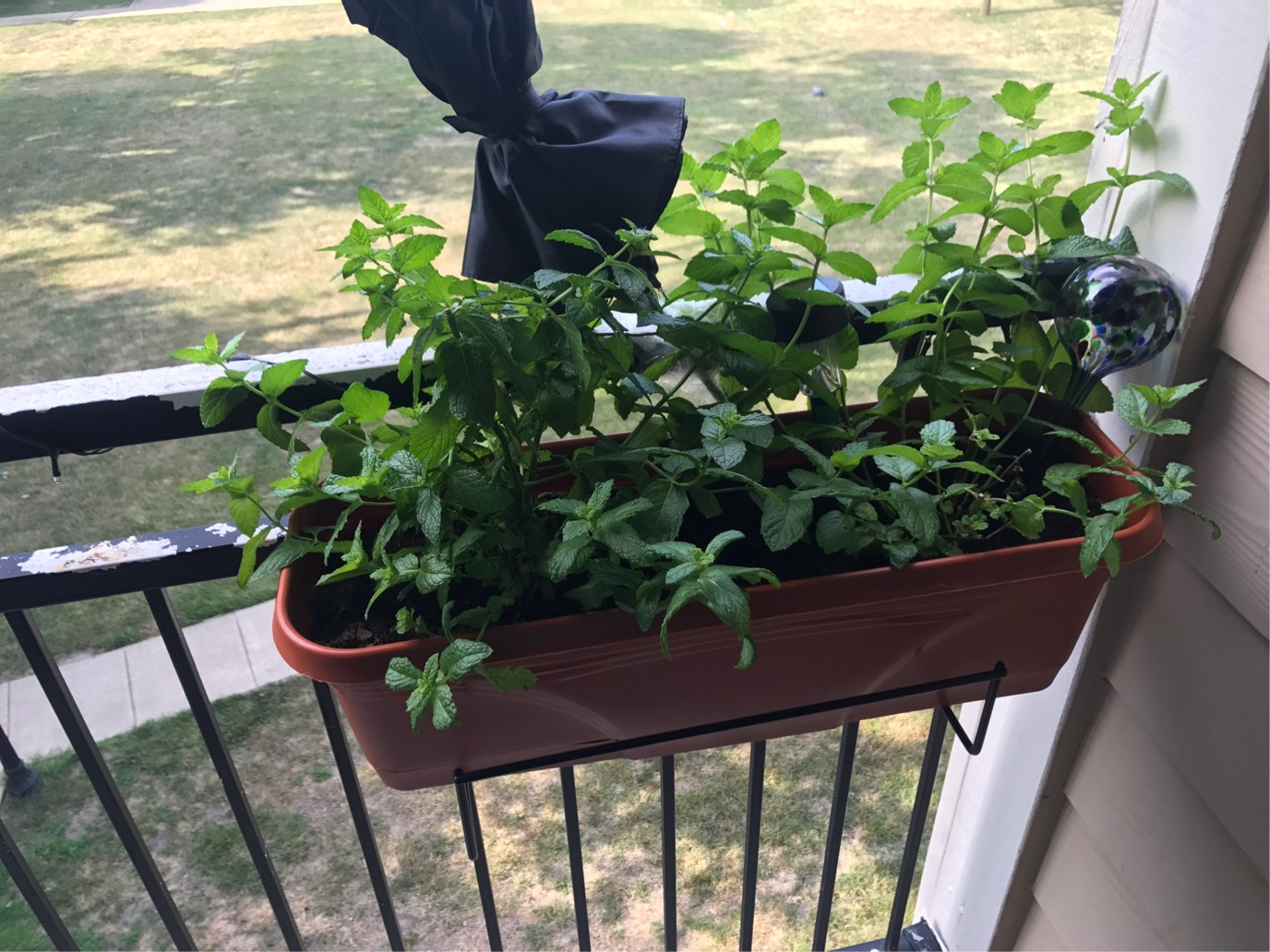 Rosemary looks over watered, you are correct that the roots may have some rot. They are great at being "left alone". If you are leaving them alone, sometimes the use of gardening soil instead or potting soil OR packing the soil too tightly can cause the pot to store too much water. IF you used potting soil, consider replanting it and packing the soil a tad looser around the root structure. If you ARE NOT using potting soil, switch and only water once the soil has completely dried out. It looks like it's not too late to save it though. If you were loosing lots of needles I'd be concerned that you don't have a chance at fixing the problem.

Parsley just looks a little like sun damage. If all three of these are hanging on 3 different hooks (you mentioned hanging baskets) move the Rosemary to the spot with the most sun hitting and the parsley to the spot with the least (still want full sun, but maybe it's current placement is getting a little too hot). If you can't control the placement, consider a light mist once a day to cool down the leaves, especially if you haven't been getting much rain.

Basil, with the black spots, looks over watered or over fed. This could also be an issue that's caused by soil 1- either gardening soil instead of potting soil holding too much moisture ( if so replant in potting soil) 2- over fed, this is either from too much plant food, or the soil- some soils like miracle grow brand soil are pre packed with plant food, everyonce in a while the feed content in them is too high. Try not to over water, and cut back on any plant food additives you may be giving it. Honestly the green color and leaf shape looks pretty healthy, which makes me think over fed.

Not the answer you're looking for? Browse other questions tagged houseplants plant-health basil rosemary parsley or ask your own question.