Any guesses what these seedlings are, and whether I should remove them? 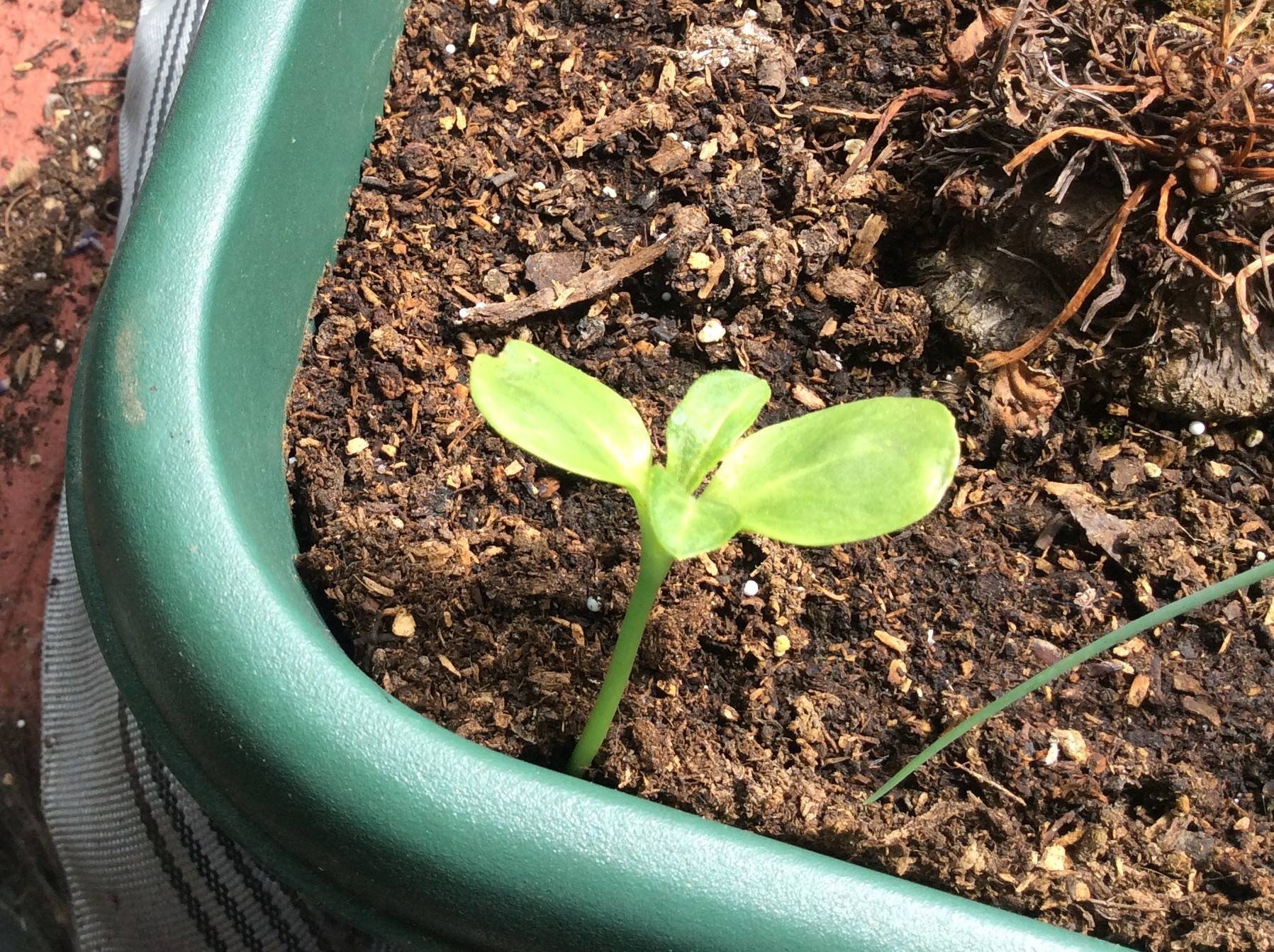 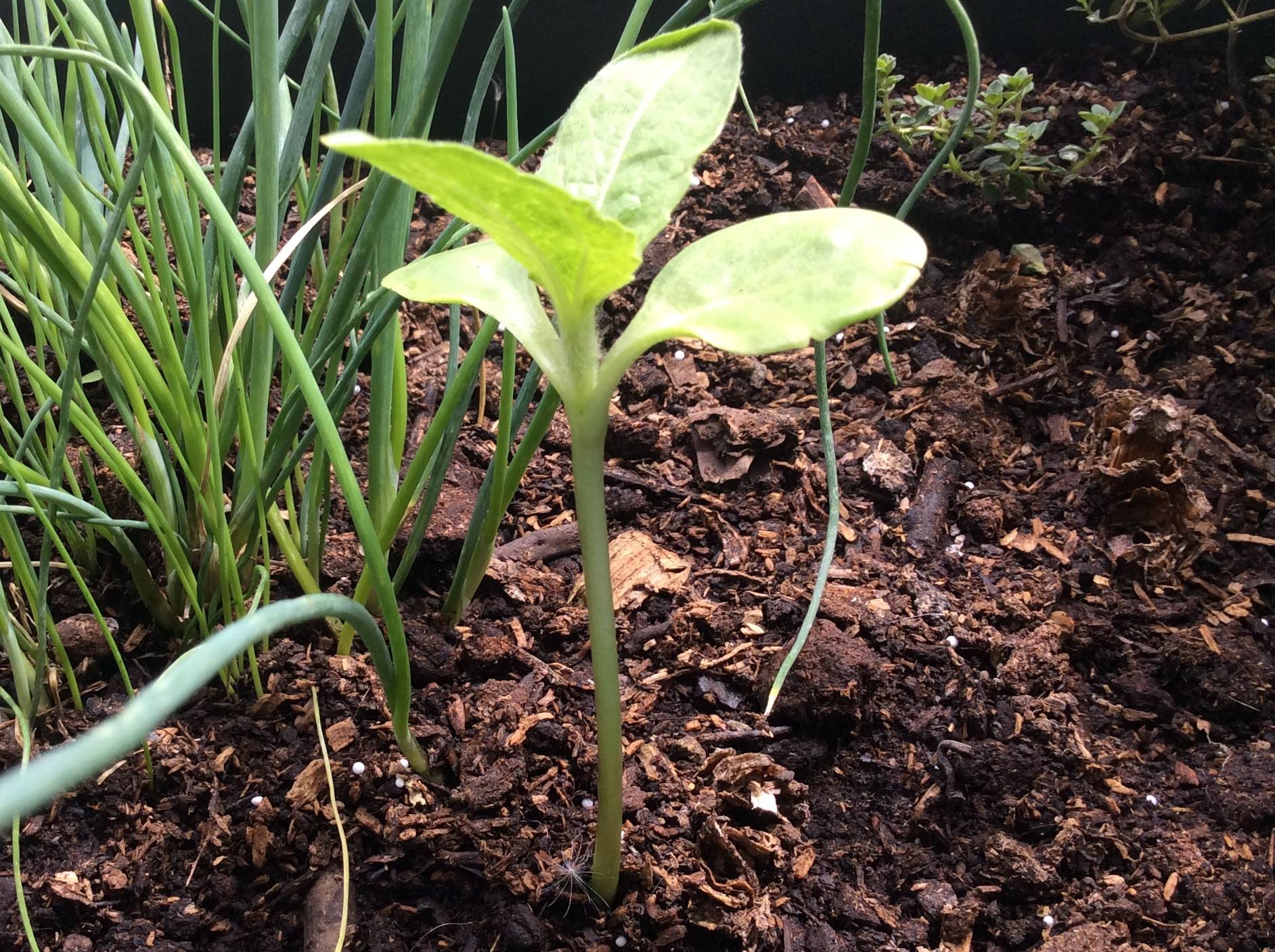 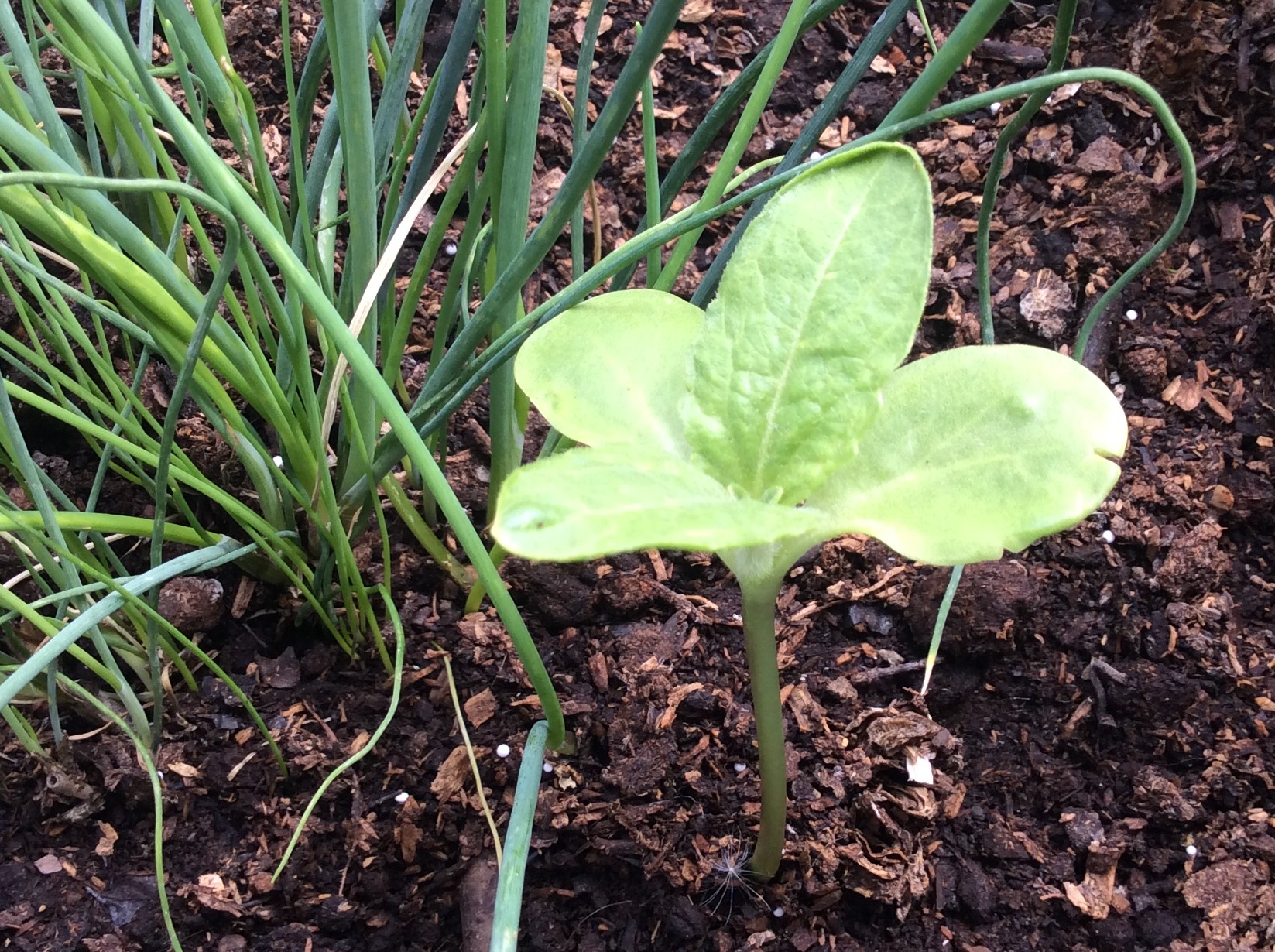 A few weeks ago, I cleared the (rather mossy) top inch of soil off a plant trough, weeded the trough, and put in a mix of Commercial Multi-purpose Compost and some "compost" made from organic discards from a local Health-Store Chain. (Planet Organic, though it's equivalent to Wholefoods)

A couple of weeks later, all the plants seem pretty happy, but there are 2 very vigourous new seedlings growing, which I didn't plant.

To my eyes, they look like fairly generic "weedy plants". Before I pull them out, can anyone make any particular guesses as to what they are, and whether they're at all interesting? ( A year ago, I discovered that Lavender had seeded itself in one trough, which I was quite happy to keep!)

For context, the thing in the top right of the first picture is a cyclamen bulb, and the 2nd two pictures are chives.

That appears to be a sunflower seedling (Helianthus annuus). it could have come from bird seed, or droppings.

They can get quite large, and if you can put them in the ground that's ideal (if you want to keep them). They love nitrogen, and well drained neutral soil. Either way (pot or ground), they will probably flower and you can save the seeds.

Not the answer you're looking for? Browse other questions tagged identification flowers seedlings annuals window-box or ask your own question.