Is this tomato stem rot contagious?

Is the condition of this stem something to be concerned about? The plant seems healthy otherwise as well as the other tomato plants in the raised bed. Do I need to rip it out and destroy it? I've dealt with Septorium Leaf Spot in the past, hence the grass mulch. 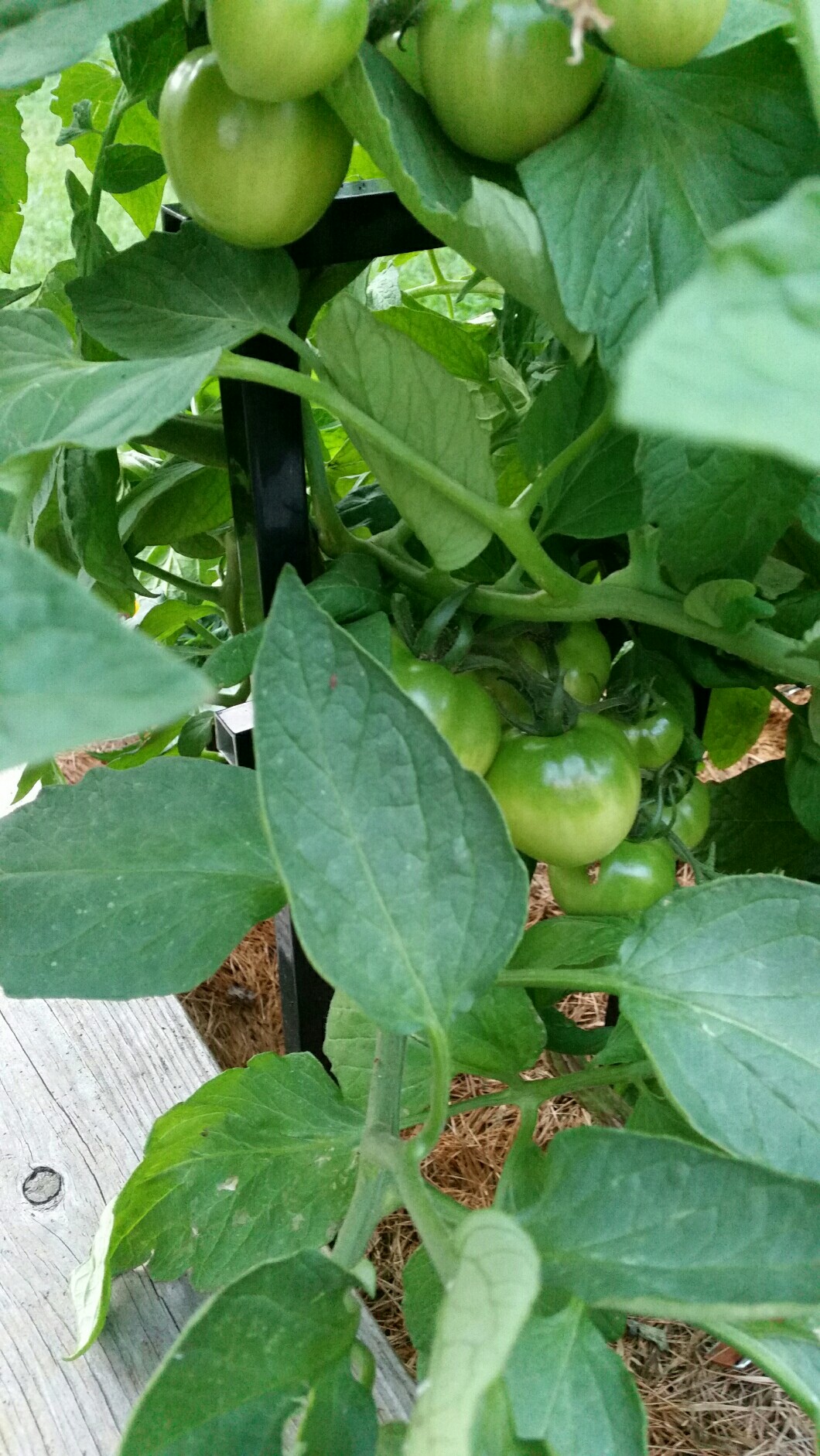 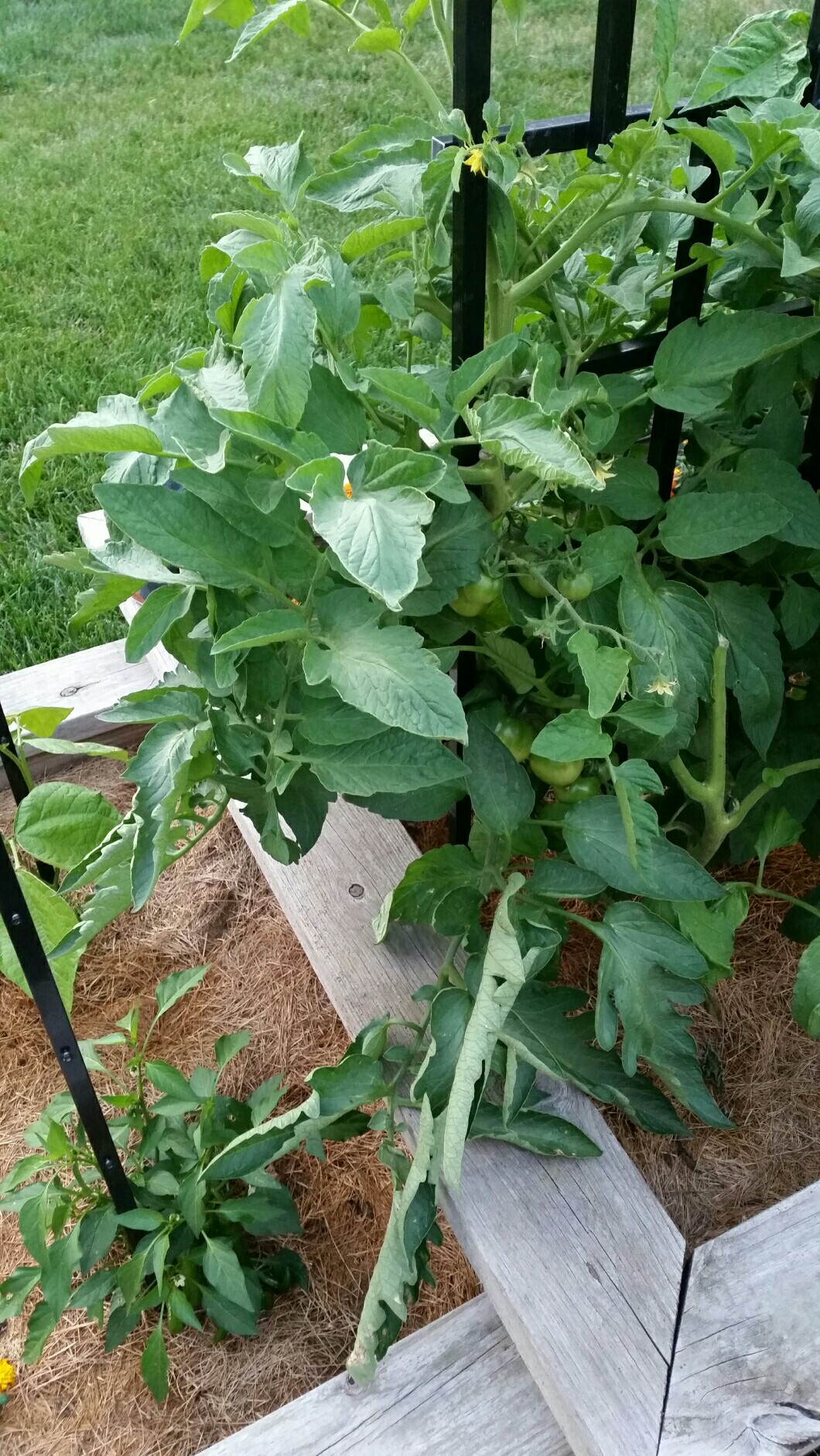 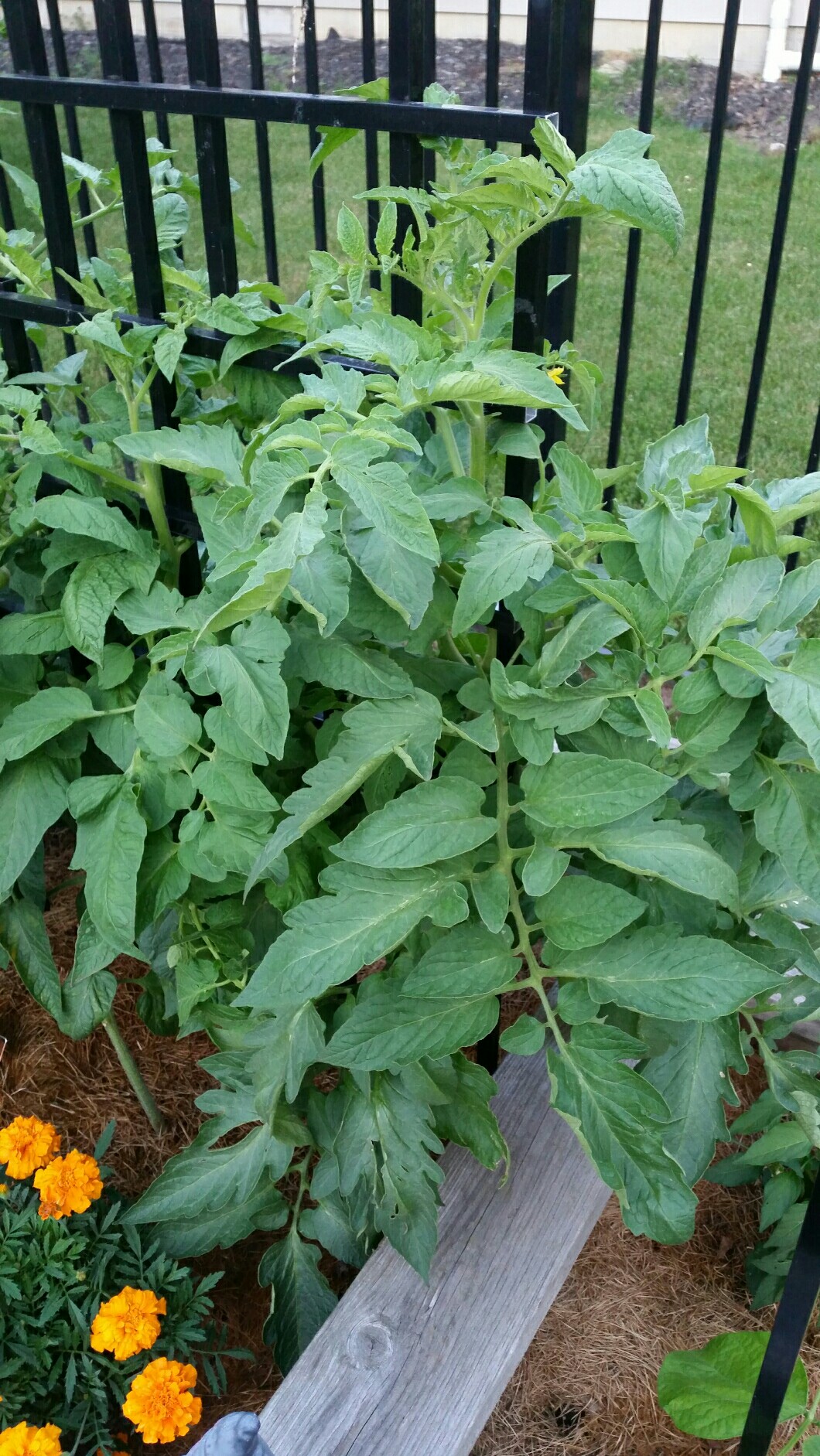 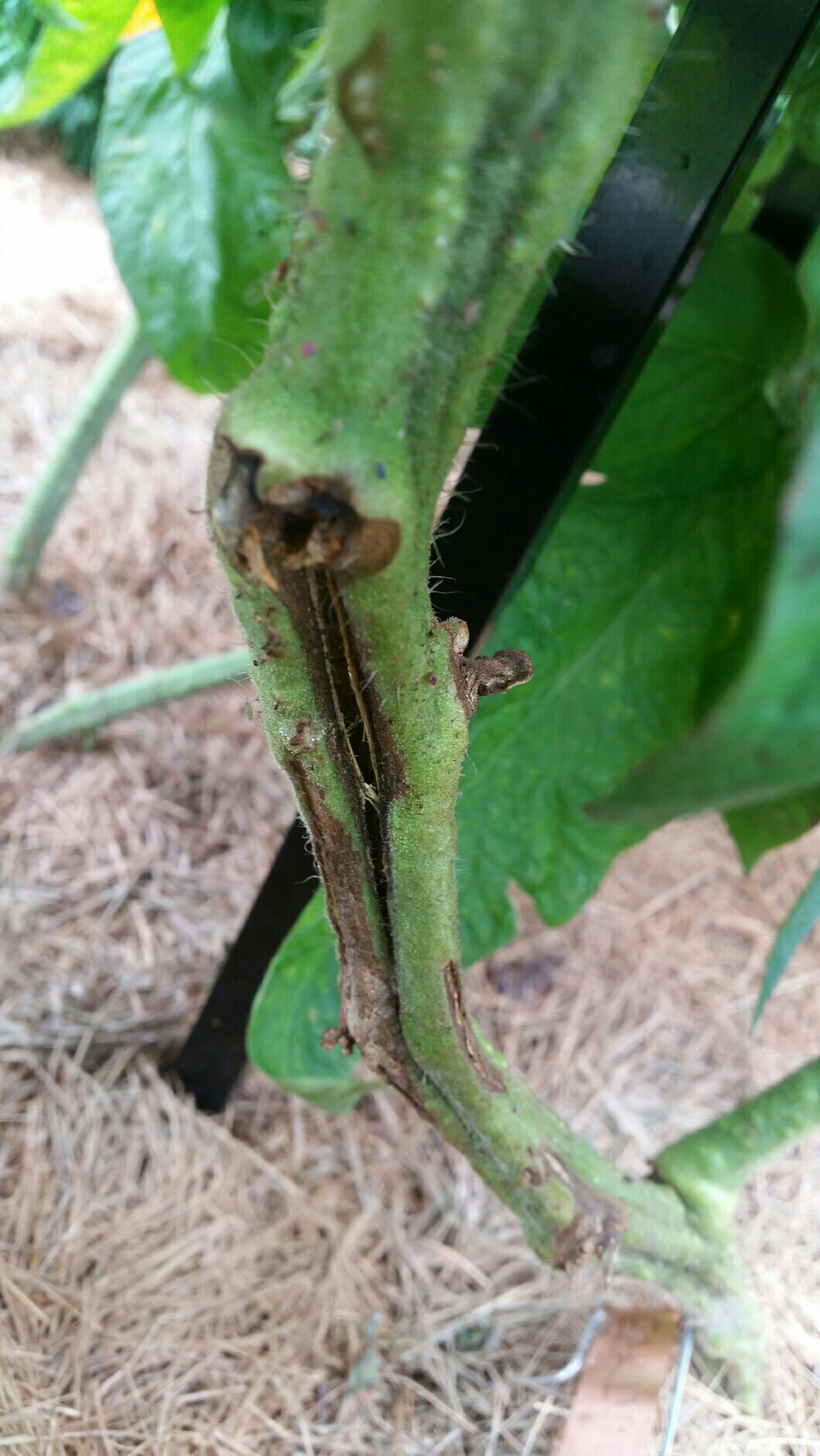 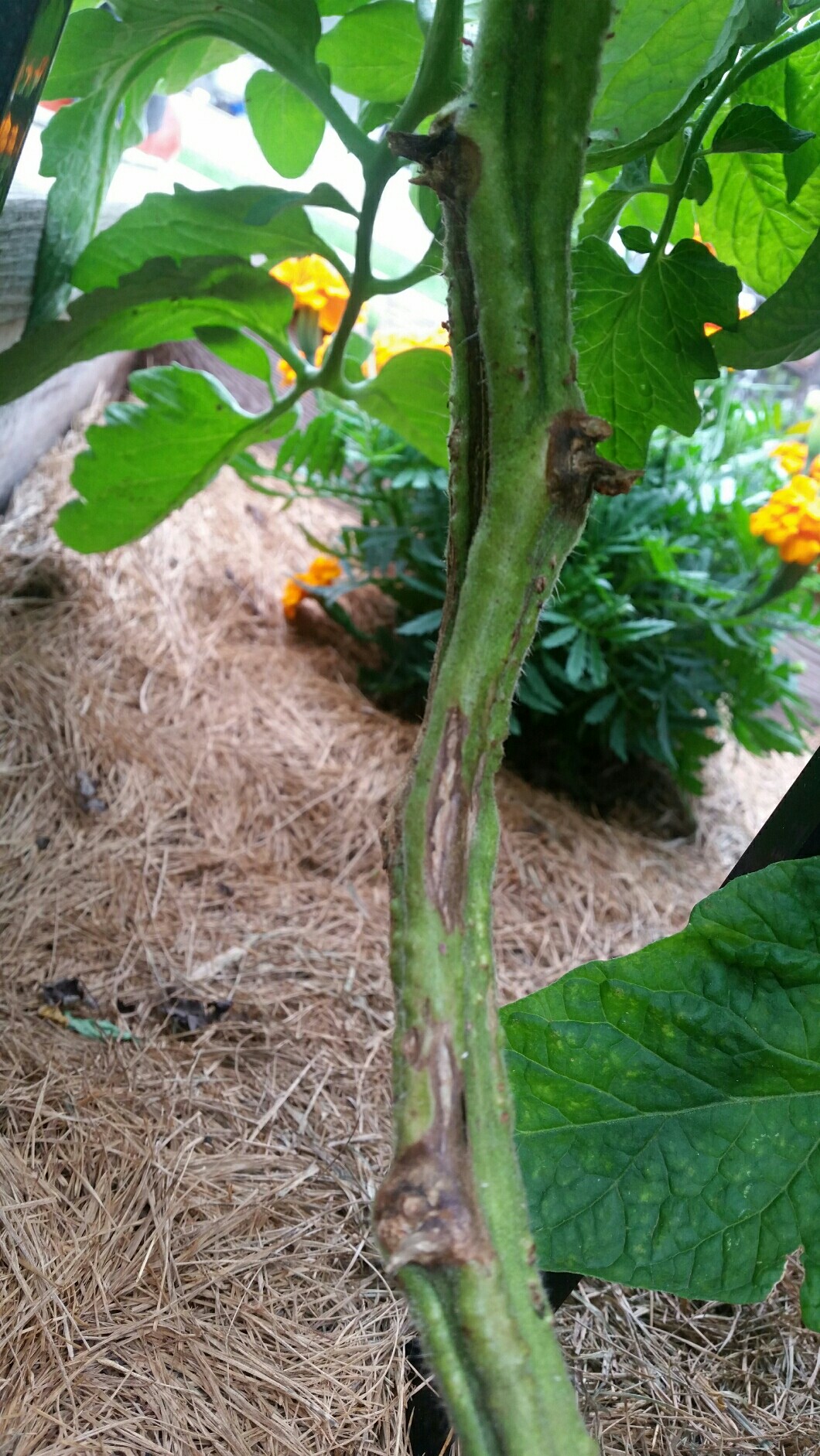 It looks like it started out (picture 4 from the top) as a borer attack. Evidently the borer egg was laid inside the stem, the grub burrowed down, developed into an adult and flew off, but the plant continued growing so healthily that it survived the visit. The borer would have been interested in the pith leaving the stem largely intact so the impact was minimal.

Borer attacks very often, in weaker plants, result in the plant breaking over at the point of entry, but clearly the care given this specimen prevented that.

12
Is there any way to tell if a tomato is determinate or indeterminate before it starts to bear fruit?
7
To prune or not to prune tomato's lower leaves?
3
Lower stems on tomato plants turning brown
3
What is the cause of this tomato plant leaf curl?
7
Tomato branches curling
1
Tomato plant stem and leaves turning dark green/black with yellow circles
1
Help me diagnose my tomato plant's stem problem!
1
Tomato leaves turning purple
2
Tomato trouble - More water, fertilizer, or less sun?