What kind of worm is this which lives in the soil of my potted mango tree?

When I was replanting my mango tree to a bigger pot I found some weird, very small, worms crawling around in the now rotten mango seed. I made a macro picture of them which you can see here: 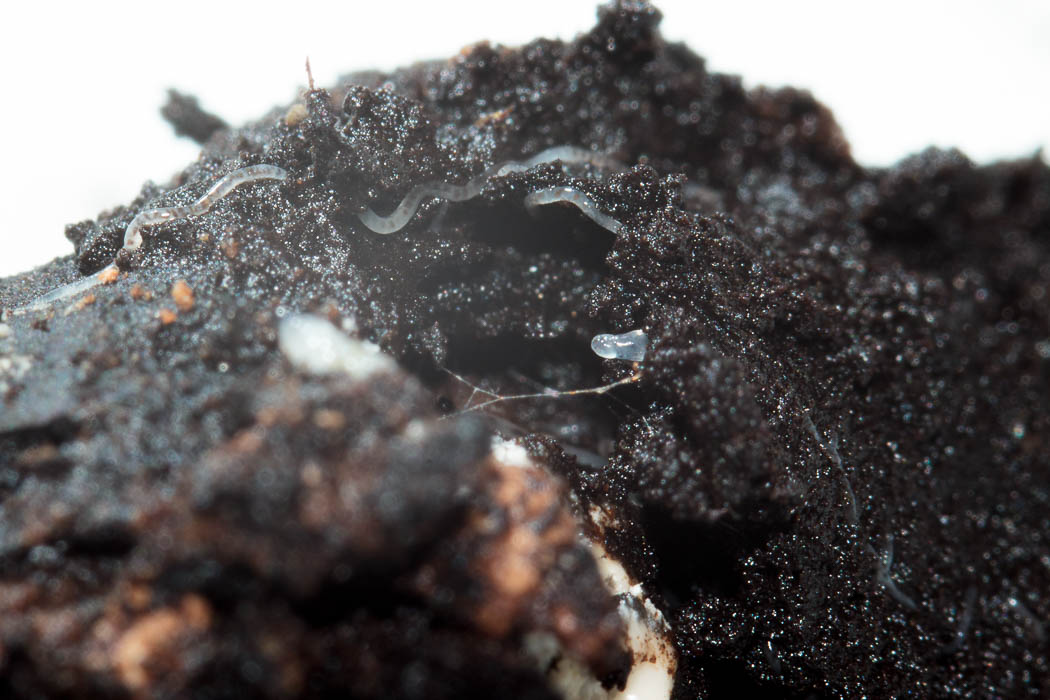 I also made a macro video, for my blog, were you can see them crawling around. You can find the video here: https://youtu.be/6jNTeVrTAtU. The last scene has most of them.

My question is, what kind of worm is this? Could this worm be of local origin (Swedish) or could it have infected the mango seed before being imported to Sweden and therefore originate from the country which produces the mangos?

I also found some kind of insect living together with the worm in the mango seed. You can see the macro picture below. I am not sure if this insect is related, but it was actually this insect I discovered first when repotting the tree. It was when searching for more of these insects, to remove them, when I discovered these worms. 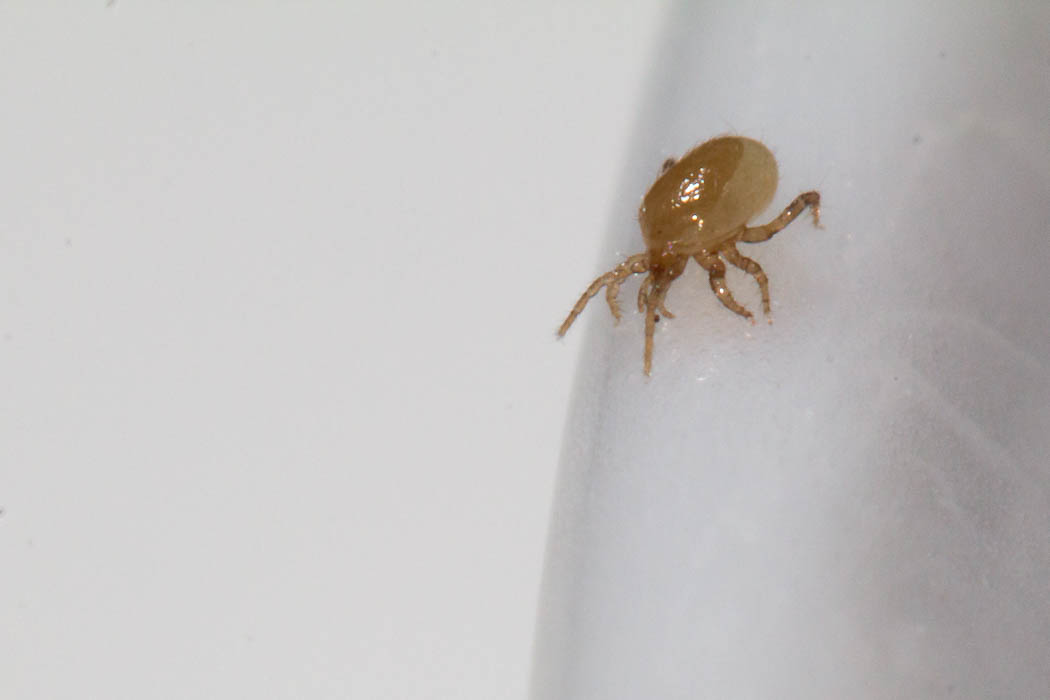 I would say the insect was about 0.5 to 1 mm big and white/yellow:ish, the color is different in the picture as I tried to make it more visible. I think the worm was longer than the insect but much thinner. It would probably have been impossible for me to discover the worm at all if it wouldn’t have moved so much.

Do you notice any tiny black flies (2-3 mm, a little smaller than fruit flies) around the plants? They could be sitting on the soil, leaves or window (if the plant's indoor). They're weak fliers, fluttering annoyingly about the plants, or you at night if your sitting by a lamp reading. If you have these tiny flies, the 'worms' in your soil would likely be their larvae.

When I watched your YouTube video, at 1:57, I saw one of them clearly against a white background waving its dark head about. Fungus gnat larvae gave dark heads and they can stretch out longer like earthworms can.

On the other hand, if you don't have a tiny black flies, it won't be their larvae. But because you found them in the rotting remains of the seed, the possibility of fungus gnats is high. Ungus gnat larvae feed on decaying plant matter and some feed on plant roots too. Remove the rotting seed whatever they are.

The mite looks very much like a Hypoaspis spp. but predatory soil mite species tend to look similar in colour and shape. What's nice is all will happily eat fungus gnat larvae.

The wormlike things are most likely nematodes of some sort - whether they're friend or foe, I don't know - many are beneficial, some are parasitic on either insects or plants, but if your plant was healthy, they're unlikely to be a problem to your plant and are just a normal part of the soil population. No idea whether they originated from another country or not, they exist everywhere; more info here https://www.hunker.com/12319832/garden-pests-tiny-transparent-worms

The small insect appears to be one of the soil mites; some of these prey on nematodes, others just eat dead or organic material in soil; some mites illustrated here https://www.icmag.com/ic/showthread.php?p=7940096

UPDATE: I checked your other question on this plant, and agree with the diagnosis of mildew already given. Note it is entirely unrelated to the life forms described here which you found in the potting soil.

Not the answer you're looking for? Browse other questions tagged identification seeds repotting worms parasites or ask your own question.

9
Translucent worms are growing on my moss, will they move onto other plants?
7
How many times do Fungus Gnats lay eggs?
5
Need help with identifying the disease on my mango tree and a possible cure

3
What is the radius of a red wriggler earthworm for worm tubes?
10
What are these long, mostly translucent worms in my potted trees?
3
What are these insects in my potted Schlumbergera?
3
What are these tiny animals on my oyster mushrooms?
4
Separating lettuce seeds
0
What is the name of this kind of tree?
2
3 Mango Trees (6 months old); Grayish-Orange Spots heavily progressed; Blackening/brown curling leaf tips; 1 Mango Plant losing all its leaves!
2
What kinds of larvae/maggots/worms are these?
1
Is this a mango tree?