So i bought two mint plants from Home Depot last month and one of them looks like it's completely just going to kneel over and die (That one's currently at my grandmother's) but i found out that that one was literally drowning in water.

But this one I keep on the dresser in my room seems to be doing well but at the same time the main plant is slowly dying off. I also took a picture of the new stem that's growing, there's actually three but the one on the main will probably die off.Yesterday the one that's currently drooping wasn't brown like that. Another problem is that brown spots keep randomly appearing on the leaves so I end up taking those off. I would leave it outside in a pot but bugs just won't stop chewing the leaves off and the leaves start turning white for some reason. I'd send a third picture of how it looked on the 30th but I can only post two.Oh also don't mind the stick, that's just a sage stem to hold it up right. 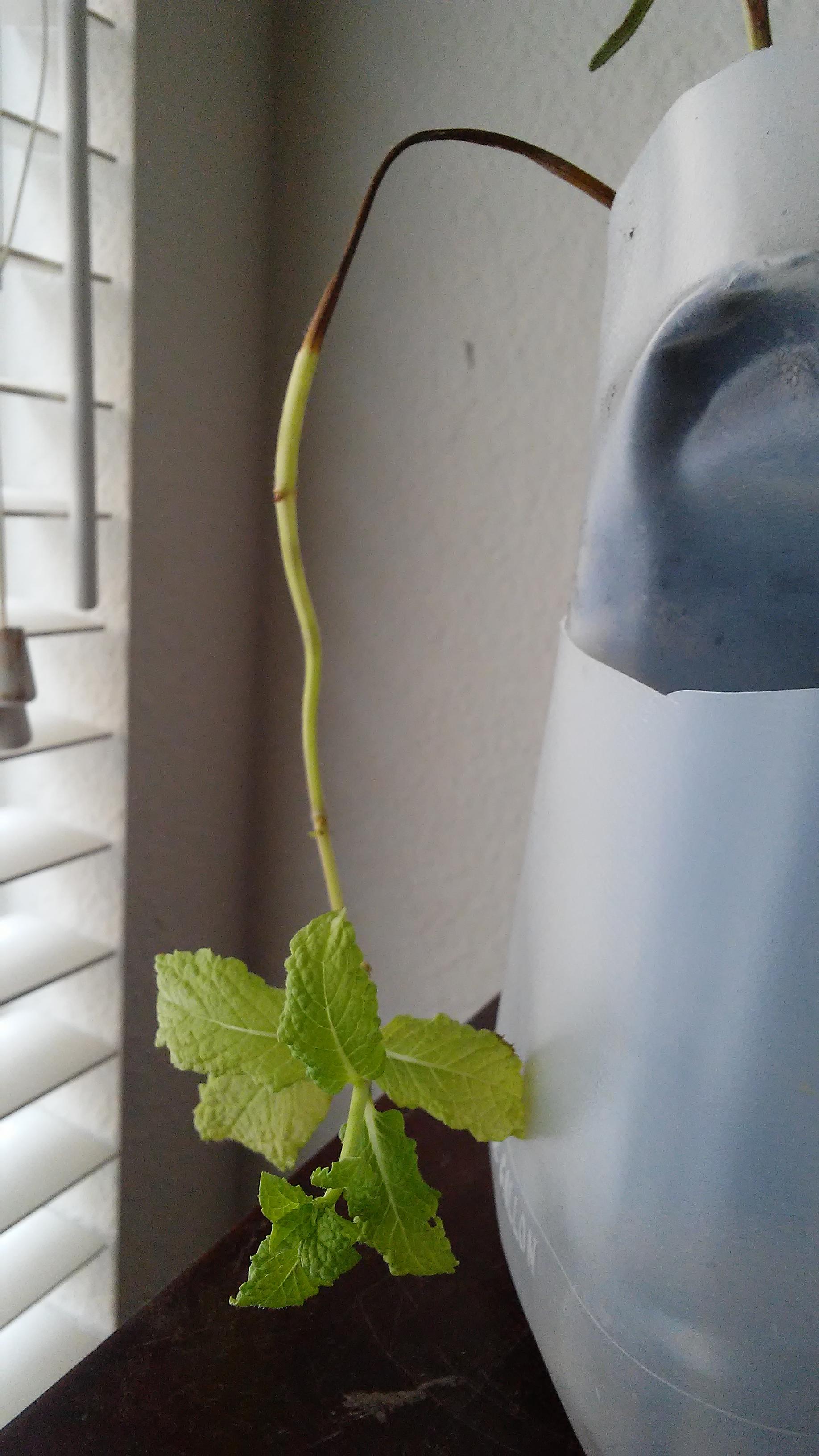 Sorry if the lighting is bad, it's supposed to rain later today. 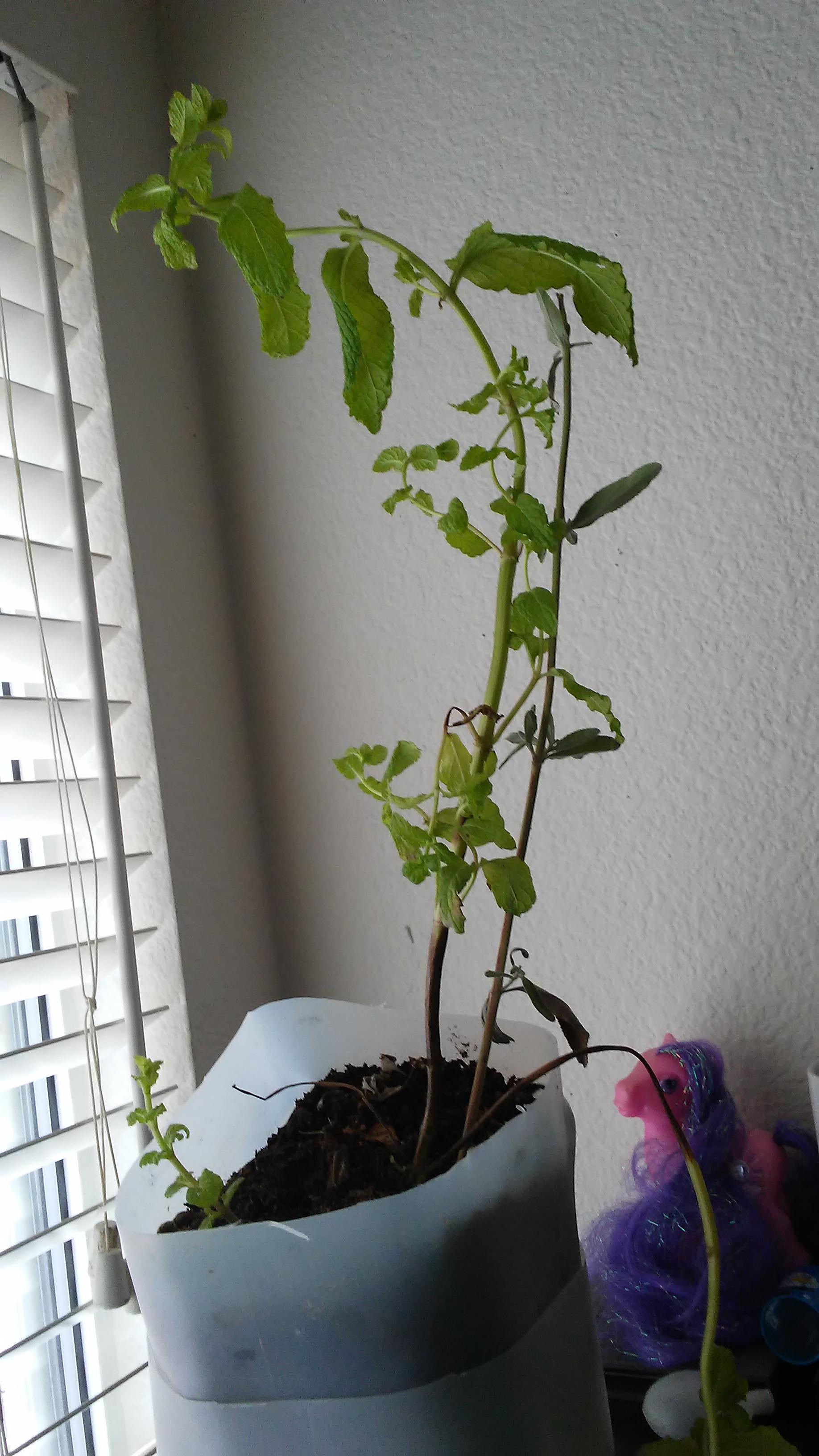 No, Mali, take it back. They should be held responsible to make sure you get a healthy plant and know how to care for it! They should have to tell you what they've already added such as fertilizer or whether plants are indoors acclimated or outdoors acclimated.

This plant is dead. Fungus or bacteria have completely shut down the vascular system of this plant. It is most likely systemic so cuttings would have the same disease. Way too wet, too little light and if that is garden soil in your pots...probably the major reason for this die back. Bag the soil and plants and bleach the pots well. Begin again! Find a better nursery.

Not the answer you're looking for? Browse other questions tagged mint or ask your own question.

27
Which leaves should I harvest in a mint plant?
7
What should I do to keep my peppermint plant alive?
8
Should I be concerned about these purple stems and dead leaves?
6
How do I take care of my mint plant?
2
Is it safe to change the soil completely for mint? And is it bad for the plants that the roots are sticking out?
3
Help identifying pest
2
Can These Plants Be Saved?