How many vertical containers to grow food for one person?

The diet would only be plant based, by vertical garden I mean something like this: 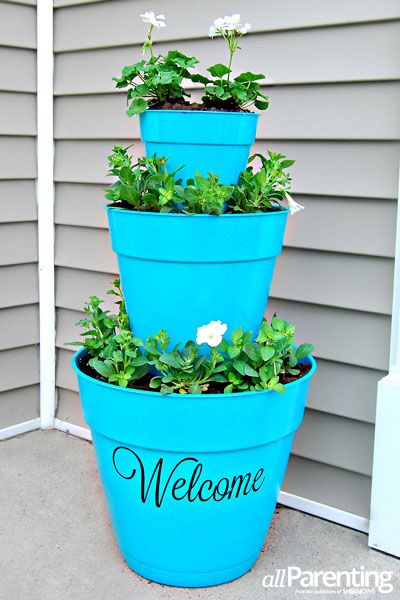 How many of these "towers" would be enough for one person?

Your question is too broad to get anything other than a general answer. You've said you want the vegetables you grow to be as varied as possible, but haven't named any you want to grow. However, frankly, the kind of arrangement shown in your photograph simply isn't going to work for growing most vegetables. The plants shown are merely summer bedding type plants, just temporary planting - primarily petunia and a couple of pelargoniums, and it'll look okay for about 3 months, till the petunias get leggy.

Strawberries might work, some of the dwarf bush tomatoes might work, but, as your tower of pots gets higher, the pots of necessity must be smaller, and unless you just want to put something like chives in a small pot on top, none of the pots above the second one will be big enough. Even lettuce planted round the outside of the biggest pot won't be able to bush out properly because of the obstruction in the centre caused by the next pot.

28
How do I grow root vegetables in pots/grow-bags?
27
What food crops grow well in a hot/dry desert climate?
4
Concise database/reference for vegetable gardening?
6
Pot size - small & repot, or start large?
1
Murraya koenigii (Curry leaf plant) root system
1
What would be good category names that describe growing from seed, geophytes, nuts or from plants?
1
Plants to grow in a vertical/wall hanging sphagnum-based planter?
1
Growing vegetables indoors under grow lights - How much space for 1 person to survive or at least have significant yield?
3
How practical is a vertical garden?