I bought a Red Cordyline (Ti Plant) from the store - it was indoors. I have since placed it outdoors. I live in southern CA in hardiness zone 10a. I am not sure what's happening with the plant - I have followed watering instructions (assure soil does not get dry below finger). I haven't repotted or changed the soil or added any fertilizer.
Symptoms are:

My first thought was bugs, I have since treated with an all-natural insecticide and have sprayed with soapy water as well to no avail. Is it bugs? Is it getting too much sun? I have in a spot that gets direct sun for maybe 2 or 3 hours tops - is any direct sun too much?

I seem to have a bit of a black thumb so any help would be appreciated. I can't seem to figure out what the source of this mixture of symptoms is. I don't remember there being any damage when I took the plant home, but then again I didn't thoroughly check. Thanks!

Pictures: (the white stuff on the leaves is flour I dusted on there because I read that that constipates aphids and I think that may be what I have) 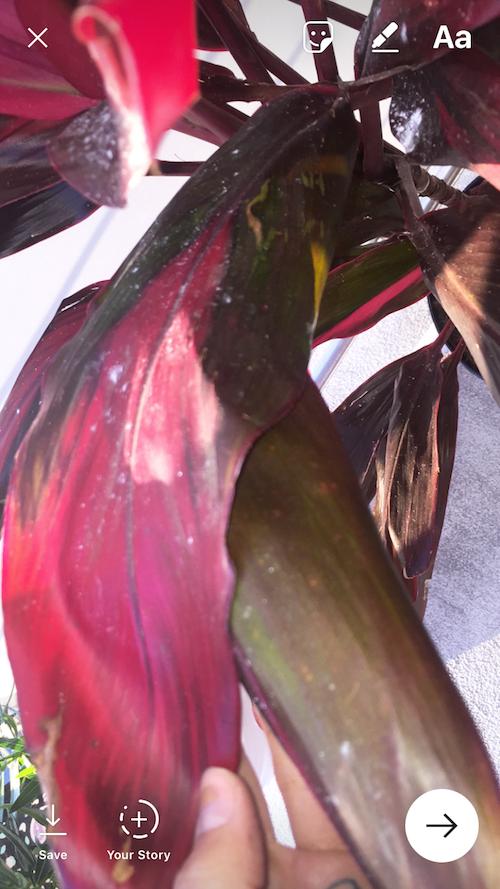 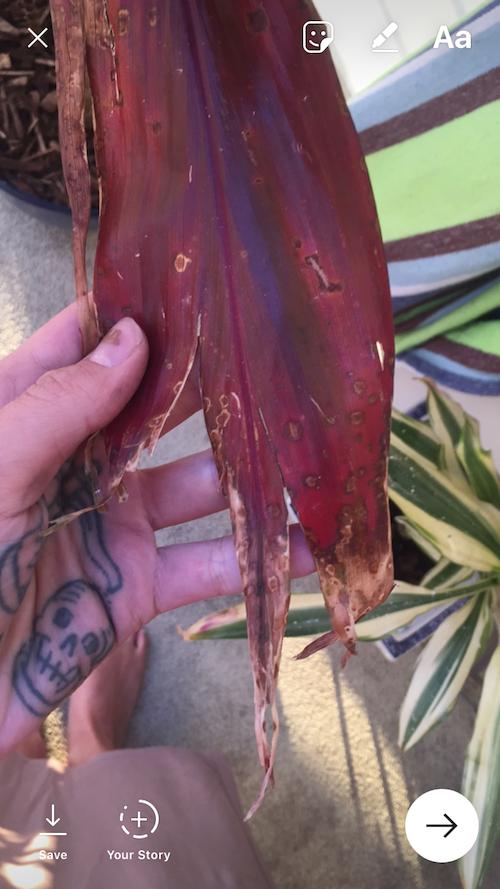 It sounds like this was sold as a houseplant, in other words, it was not outdoors in full sun when you bought it. Then you had it in the house, and then moved it straight outside, where it gets direct sun, without hardening off or acclimatizing it first.

Grown indoors, these plants require bright daylight - a little direct sun early or late in the day is fine, but generally, they tend to burn in direct sun. Outdoors, if you want to put it in a sunny spot, it would have needed acclimatizing gradually to sunlight, so maybe starting off with dappled sun, then an hour or so morning or evening. The leaves may be suffering sunburn, and certainly wind damage - when the tips fray like this, its usually wind/sun combination.

Another thing - you should never, ever treat a plant with something for insects or fungal infection if you cannot see any insects, nor identify any fungal infection. The problems you're seeing are more likely to be cultural rather than because of infestation or infection.

I can't see the pot, so don't know whether its large enough, nor whether you're standing it in something underneath to catch water, but you should water thoroughly when the surface of the compost feels dry to the touch, and allow excess water to drain away freely, without leaving any in an outer pot or tray. In the meantime, its probably best to either bring it back indoors until it recovers, or just move it to a very sheltered, bright but sunless spot. Also inspect the leaves and stems thoroughly for signs of insects or anything that shouldn't be there that isn't flour or anything else you've put on the plant yourself.